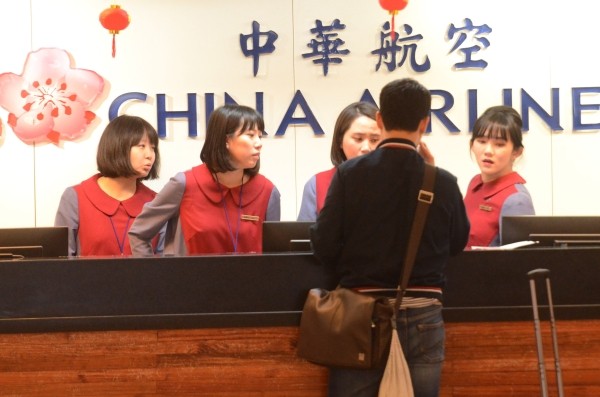 TAIPEI (Taiwan News) -- As the strike by China Airlines (CAL) pilots enters its seventh day, the air carrier came to an agreement with Pilots Union Taoyuan over the hiring of foreign pilots, but 31 flights have still been canceled today.

During a fourth round of negotiations which started at 10 a.m. today, CAL management agreed to only directly hire Taiwanese as pilots and recruit foreign nationals to work as co-pilots. The plan is to be implemented within two years.

Under the new plan, CAL would have a preference to hire Taiwanese whenever there is a new opening for pilots, as long as there are qualified Taiwanese applicants for the position. However, to avoid violating hiring discrimination laws, foreign nationals who have legal residence in Taiwan would still be considered.

Director of the Department of Employment Relations at the Ministry of Labor Wang Hou-wei (王厚偉) said that the two sides have reached a consensus on two of the five major demands by the union: allowing extra pilots on longer routes in order to avoid fatigue and hiring policies regarding foreign pilots. Wang said that negotiations will continue on prohibiting penalizing of union members for union activities, dismissing managers who harm employer-employee relations, and guaranteeing full year-end bonus packages for employees, among other issues.

Meanwhile, 31 more flights have been canceled for today and tomorrow, affecting a total of 3,586 passengers, according to the Taoyuan International Airport Corporation.

The Pilots Union Taoyuan represents 900 of CAL's 1,300 pilots, and over 600 have joined in the strike thus far. Since the strike began at 6 a.m. on Feb. 8, CAL has been forced to cancel hundreds of flights, affecting over 23,000 passengers.