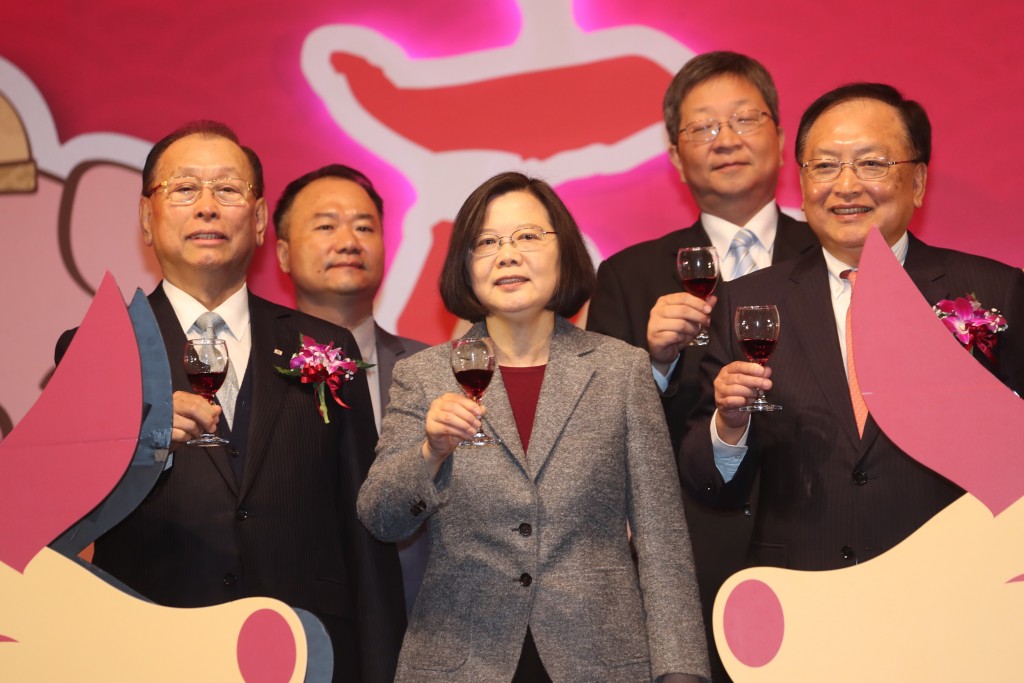 During a speech at the event, Tsai emphasized that Taiwan has over 1.4 million SMEs that, importantly, employ around 8.9 million people.

The President said Taiwan’s SMEs are agile, bold and innovative, but also steady and dependable. They were key to Taiwan’s economic miracle, and remain the driving force of Taiwan’s economic development in the currently evolving global economic environment, she said.

The global economic situation is changing, Tsai added, and the government must ensure Taiwan can effectively respond to these changes through a range of measures, from expanding domestic demand to increasing investment in startup accelerators.

Taiwan is a highly-liberal island economy, continued the President, and the government promises to implement three key measures to ensure enterprises can maintain stability and adaptability, while continuing to progress.

First, the government will try to expand domestic demand by accelerating the implementation of forward-looking infrastructural plans, decreasing the burden of taxation, and simultaneously promoting and extending national tourism subsidies. She hopes these measures can spur domestic demand and maintain the momentum of Taiwan’s economic growth.

Third, the government will help create a better investment environment through addressing the “five shortages” (water, electricity, land, labor, talent). A new Taiwan Investment Office has been established and the government is devising a special investment plan for returning firms.

The president ended her speech by saying that the new year is abound with new hope, and everyone’s support is welcome in helping boost Taiwan’s economy.