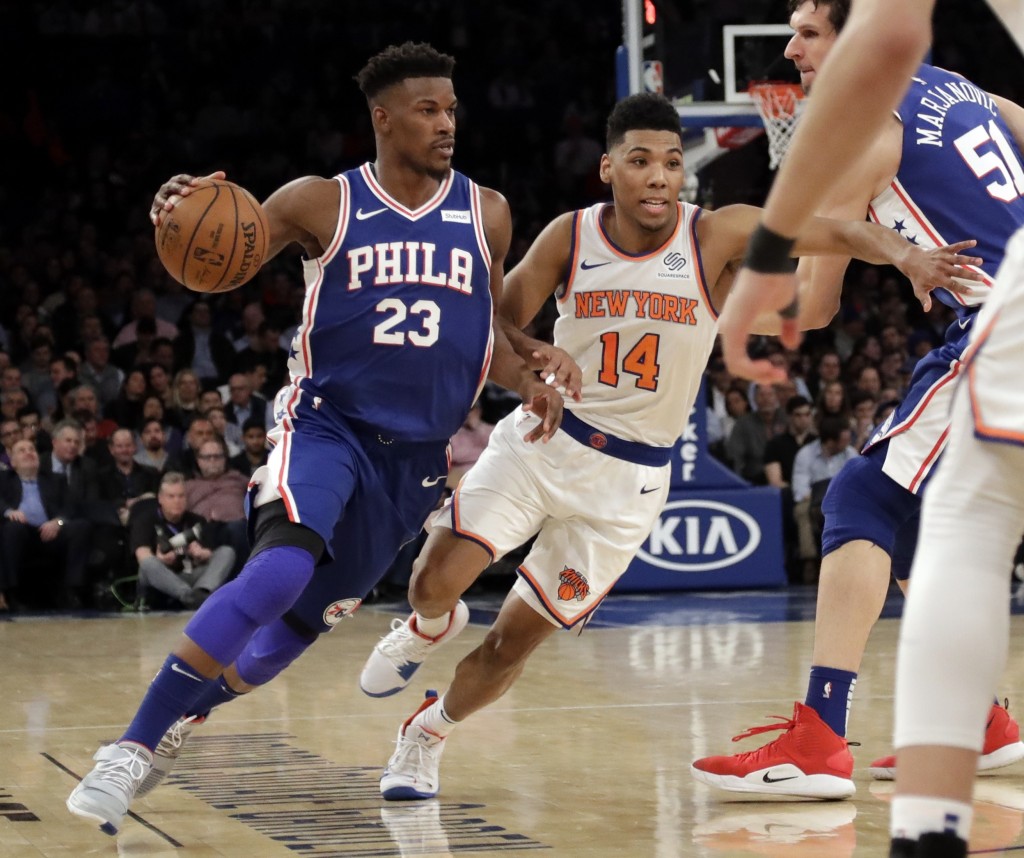 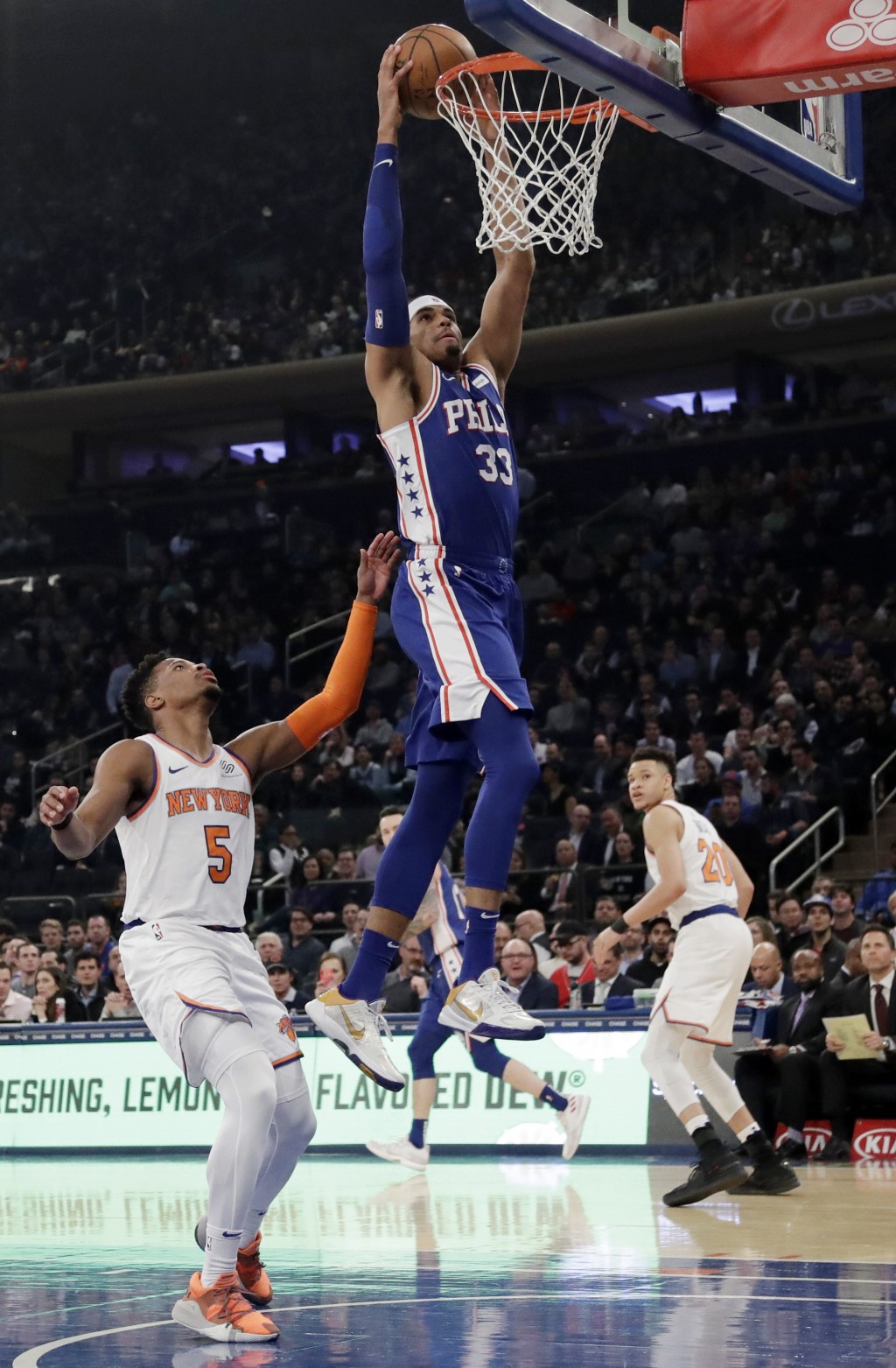 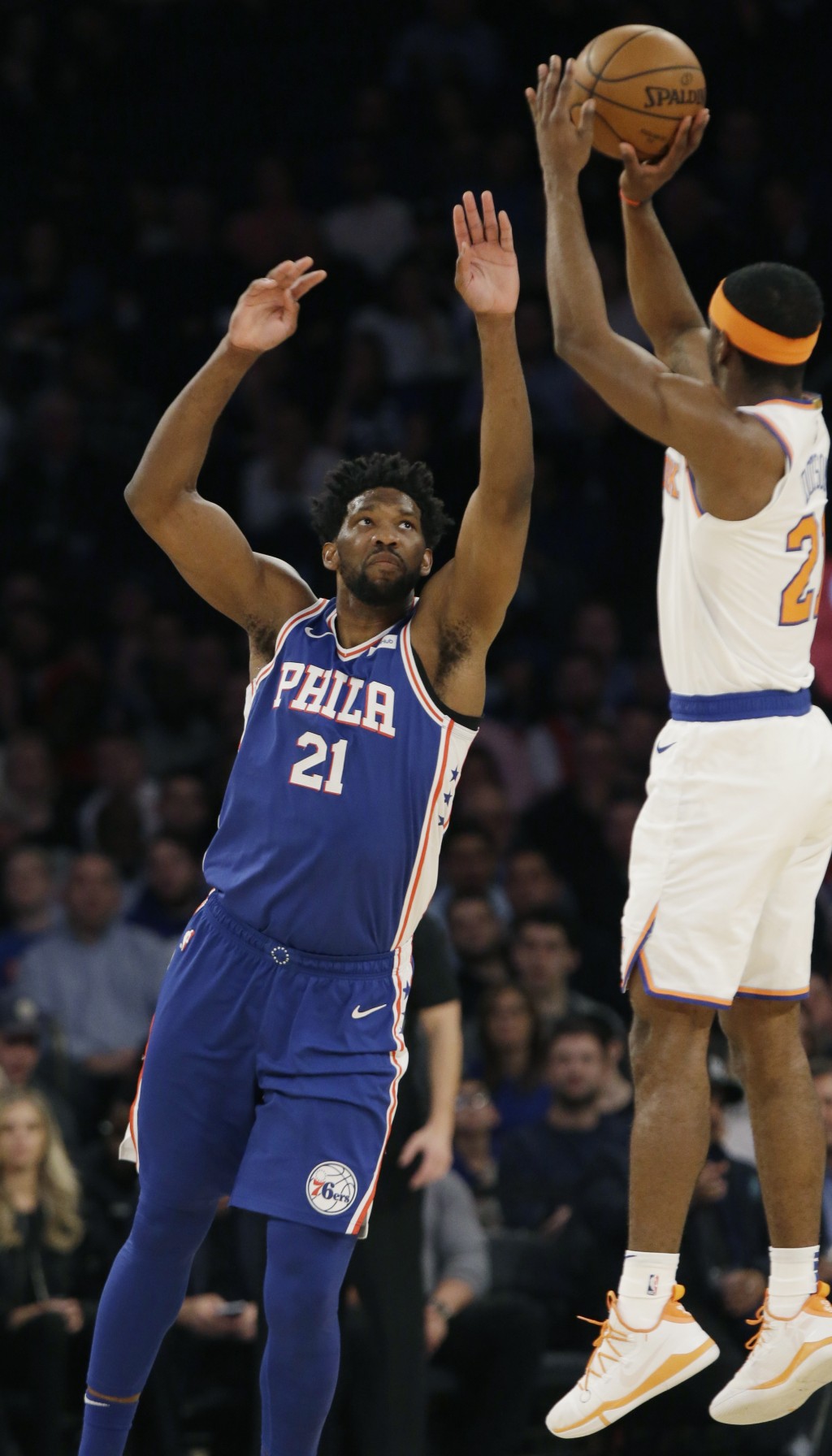 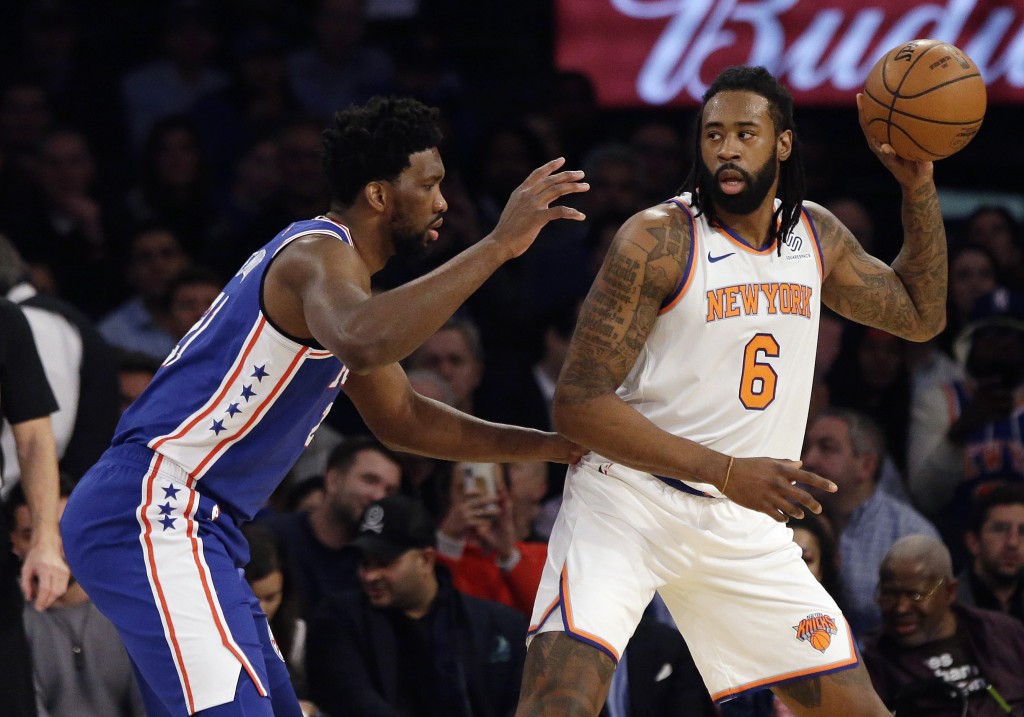 NEW YORK (AP) — Joel Embiid had 26 points, 14 rebounds and one flying leap over an award-winning actress into the crowd, and the Philadelphia 76ers handed the Knicks their 18th straight loss with a 126-111 victory on Wednesday night.

Tobias Harris scored 25 points and Ben Simmons had 18 for the 76ers, who bounced back from their 112-109 home loss to Boston on Tuesday, sending themselves into the All-Star break with a 37-21 record.

They had times Wednesday where it appeared they'd win easily, and other moments where the game became much more difficult than necessary against the team with the NBA's worst record.

Allonzo Trier scored 19 points and fellow rookie Mitchell Robinson had 14 points and 13 rebounds for the Knicks (10-46), who remain mired in the longest losing streak during one season in franchise history.

The 76ers made 14 of 18 shots (78 percent) in the first quarter, yet only led 37-33 after the Knicks outworked them on the offensive boards to get up nine more shot attempts. Philadelphia then pushed the lead to 71-55 at halftime.

Philadelphia seemed headed for a rout when it scored eight straight points in the third to open an 88-62 advantage after a free throw by Simmons, but the Knicks put up 36 points in the period and were within single digits going to the fourth.

It was during the third that Embiid gave the 76ers and plenty of people sitting courtside when he tried to chase down a ball going to the sideline. He went flying just over the head of actress Regina King , who won the Best Supporting Actress award at the Golden Globes, and crashed into the MSG Network statistician working next to broadcaster Mike Breen. The statistician somehow stayed in the game.

The Knicks had their moments, highlighted by rookie Kevin Knox's powerful slam over Simmons . But they don't have the firepower to beat a team like the 76ers, or anyone else in the league over the last 2 ½ months.

Knicks: Dennis Smith Jr. had 13 points and DeAndre Jordan, who came with him from Dallas in the Kristaps Porzingis trade, scored 12.

Coach David Fizdale said he was happy for Enes Kanter, who announced Wednesday he was signing with the Portland Trail Blazers. The Knicks waived their former starting center last Thursday after they weren't able to find a trade for him.

"Seriously, that's a great deal for him," Fizdale said. "He landed with a playoff team."

Embiid was fined $25,000 for his public criticism of the officiating, which included profanity, following Tuesday's loss. The penalty was announced just before 76ers coach Brett Brown's pregame interview with reporters.

"He and I will speak privately," Brown said. "It's probably not something I'd feel comfortable about talking to you all, but it's part of his competitive nature."