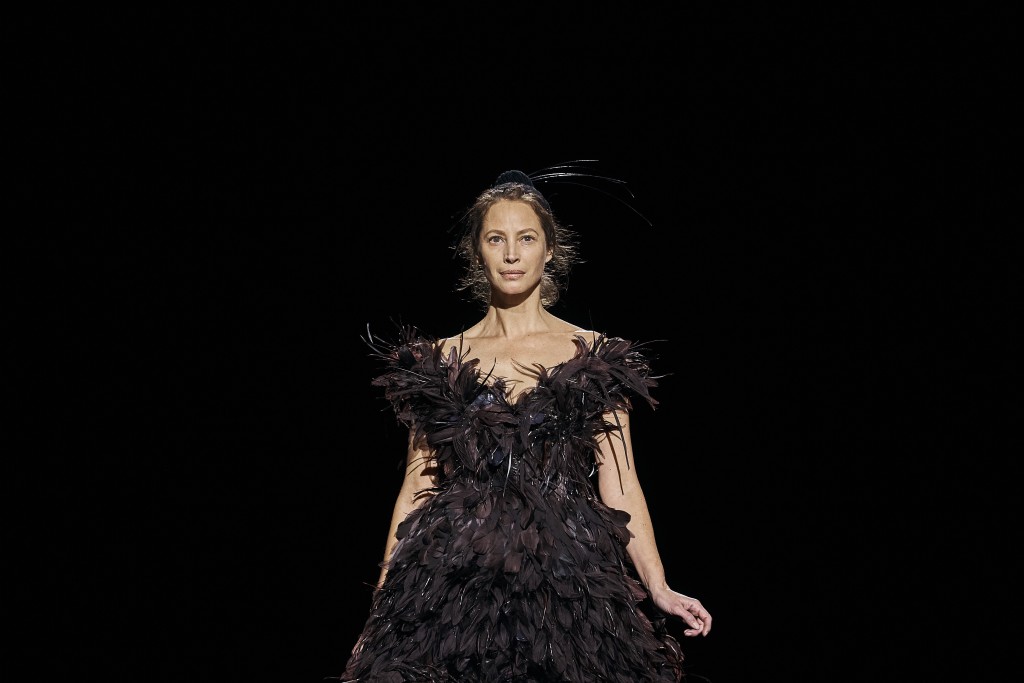 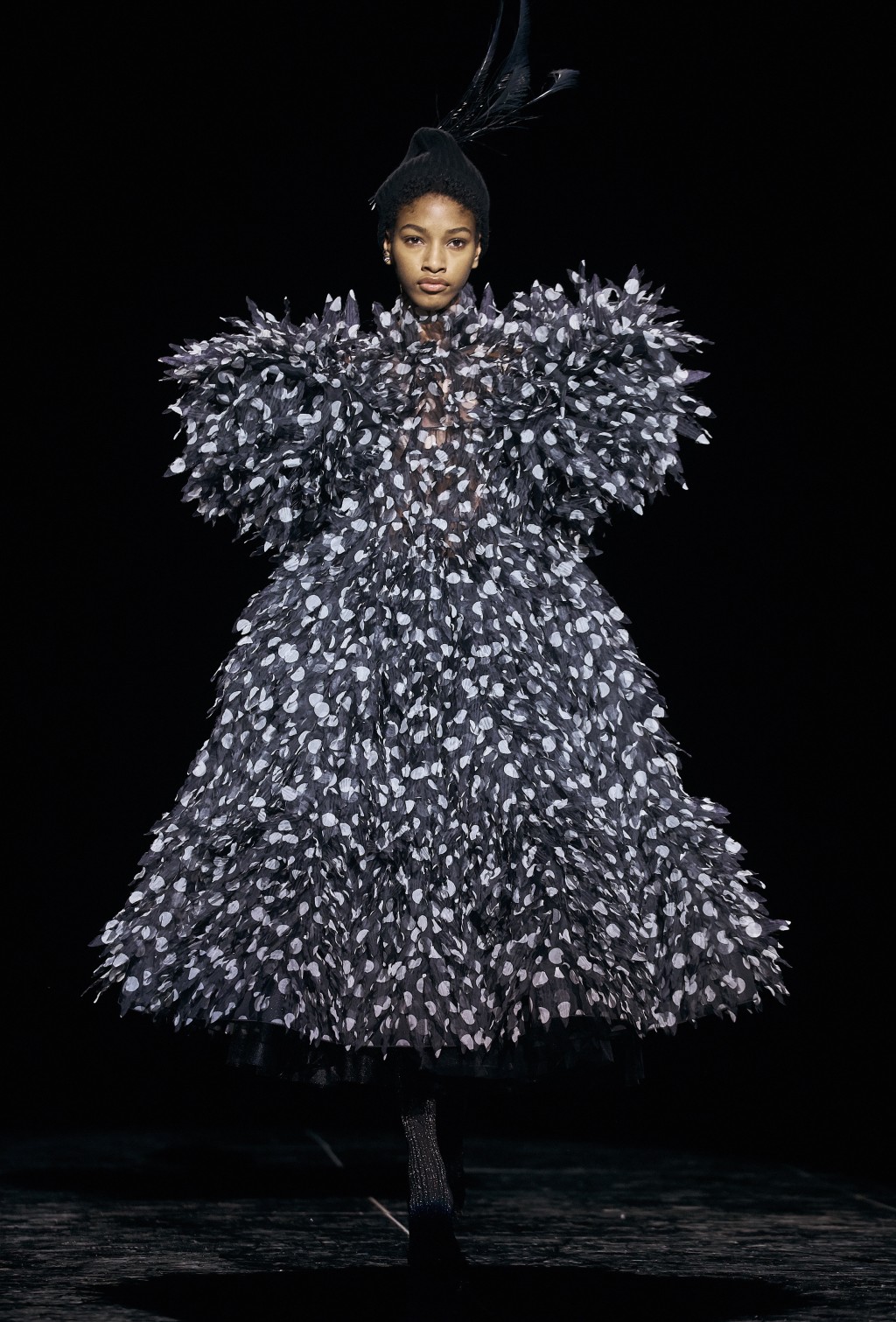 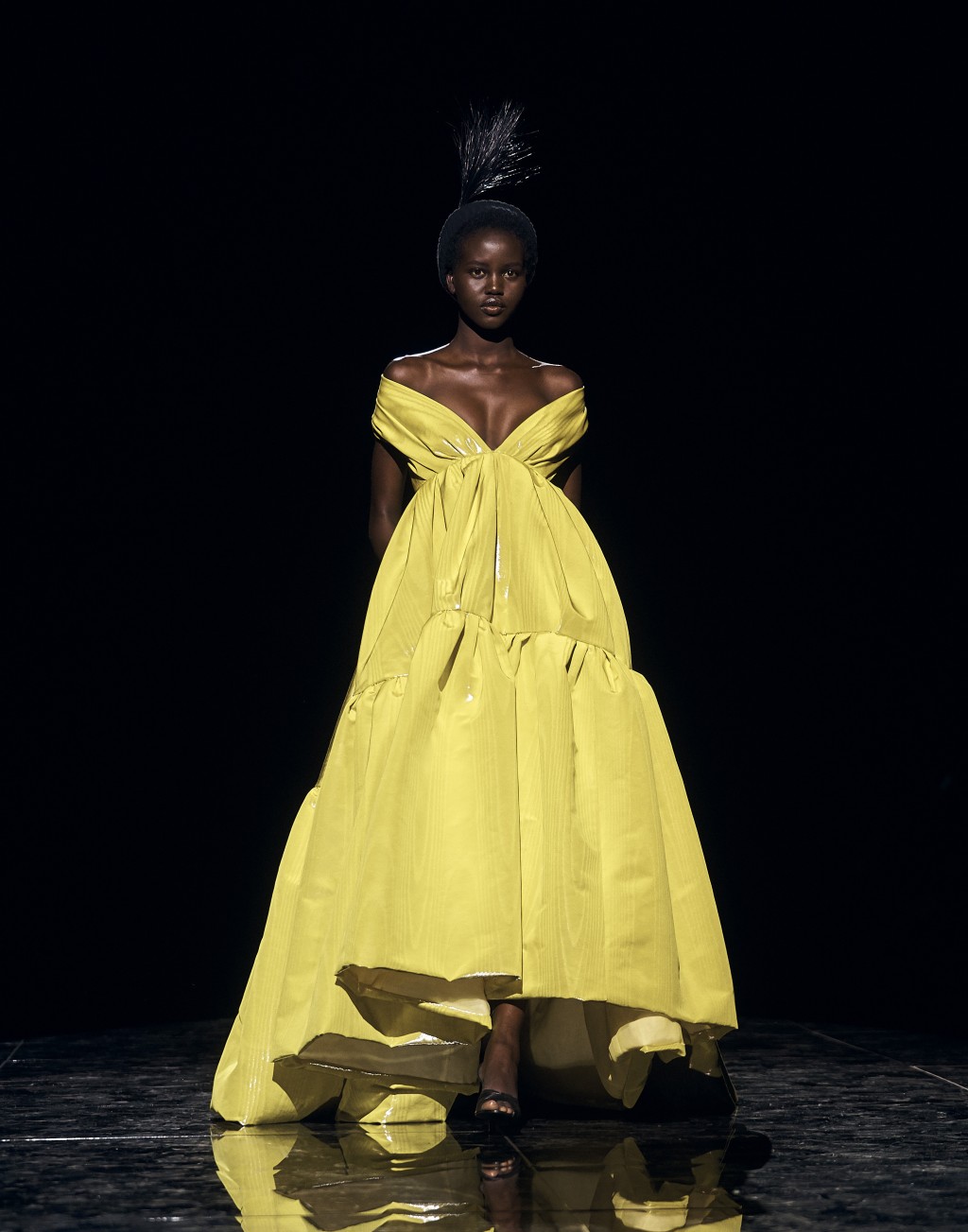 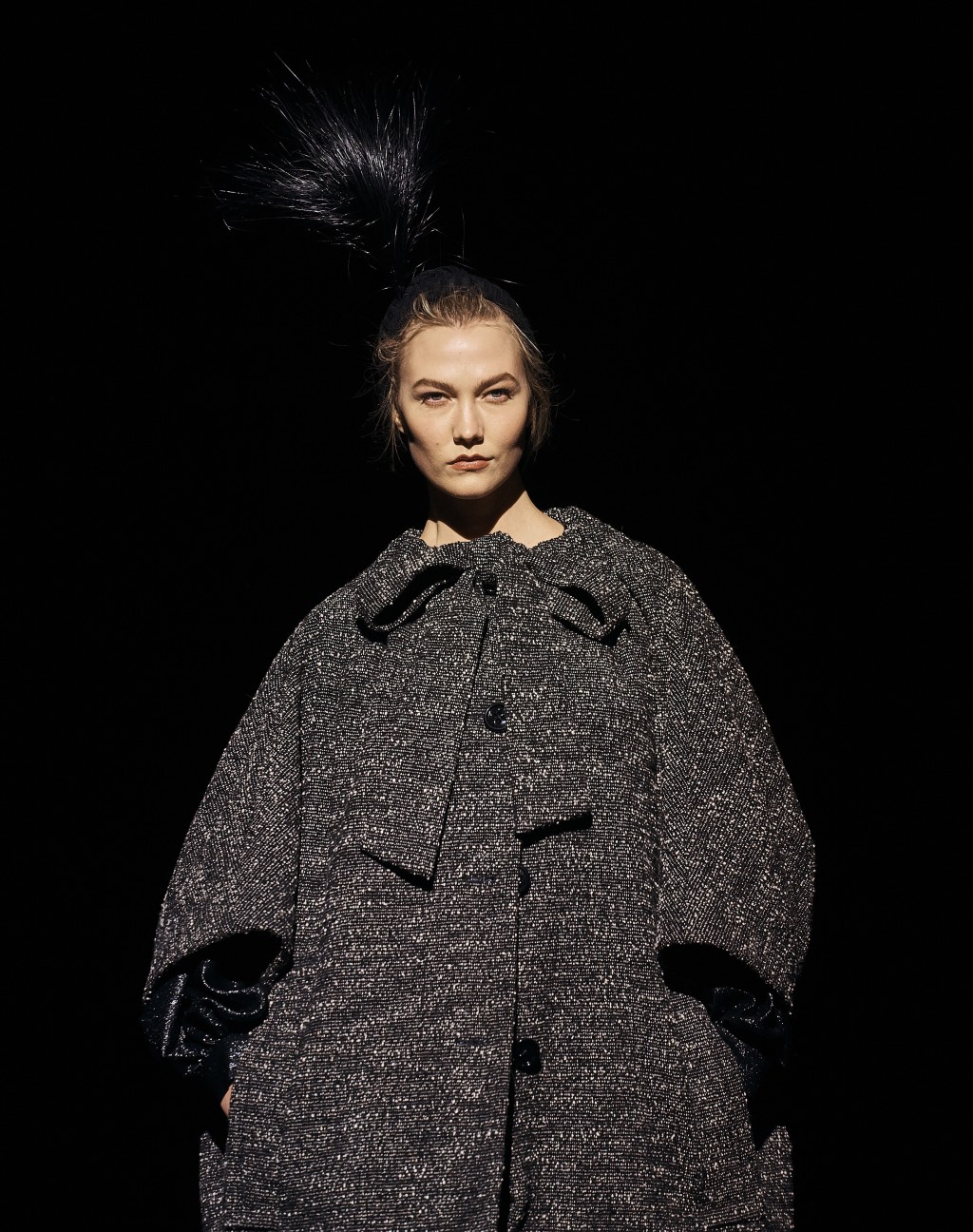 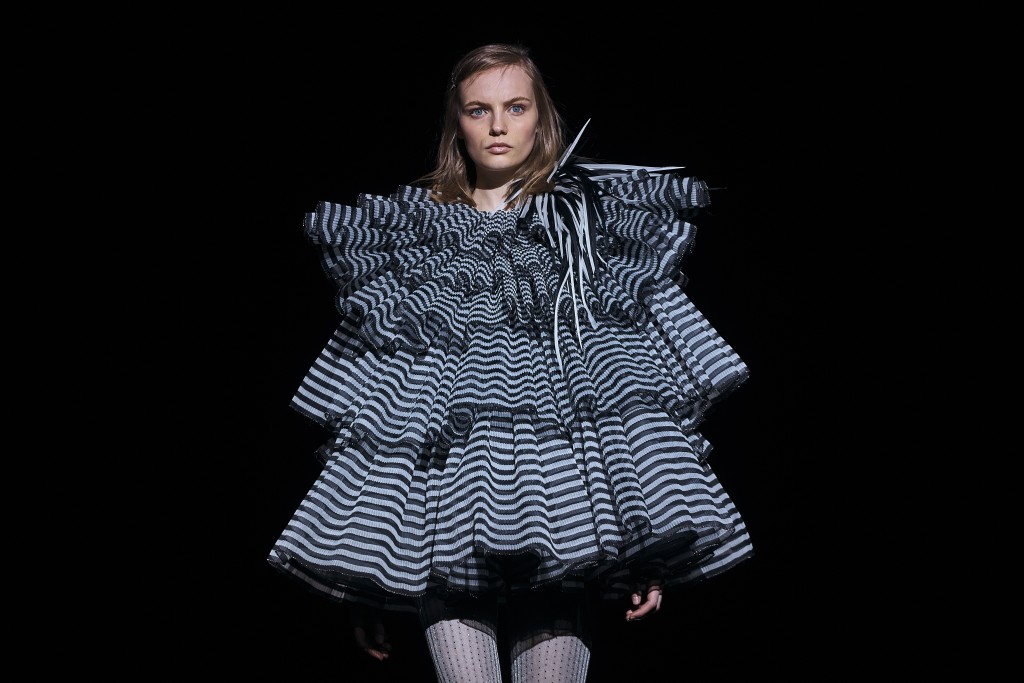 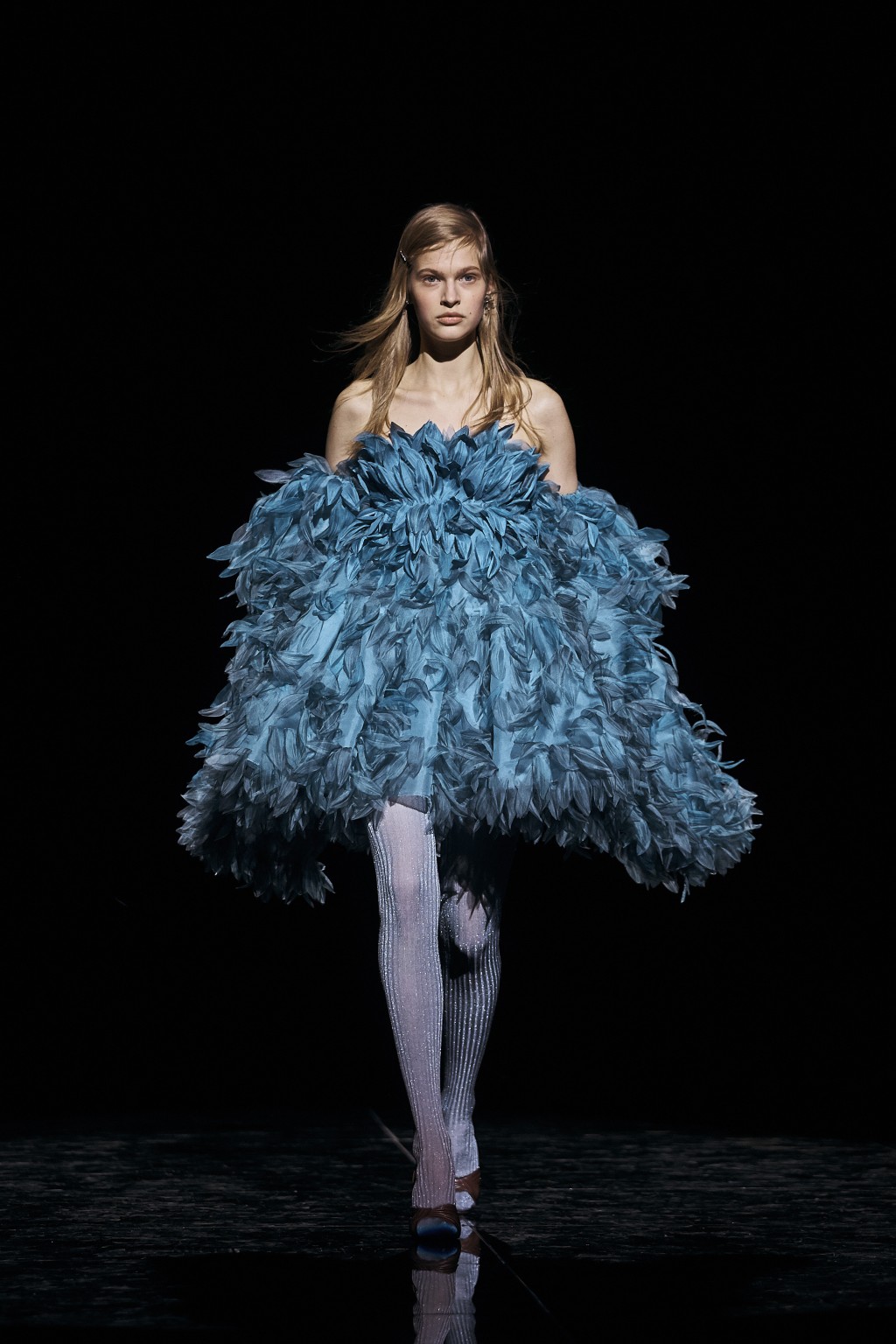 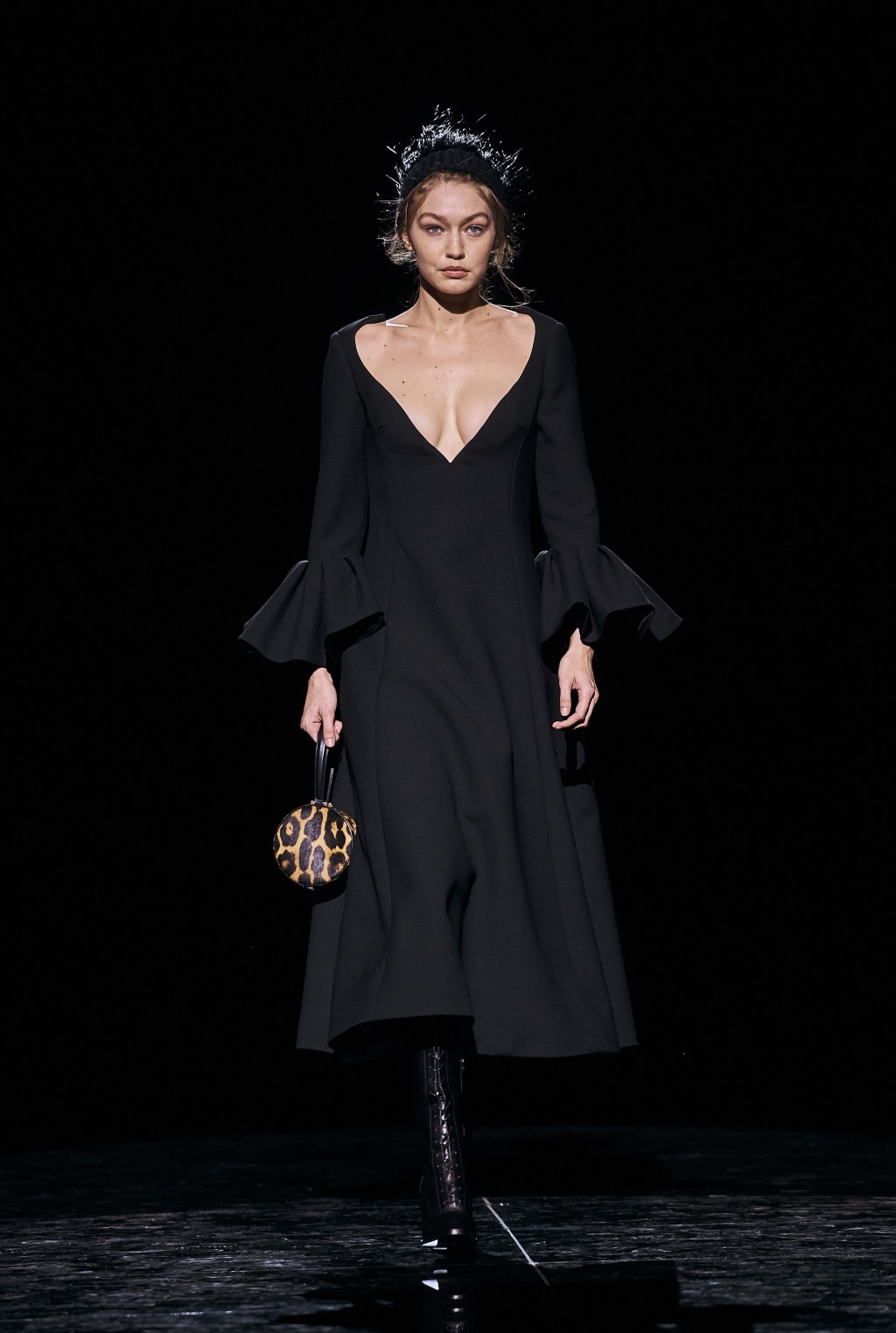 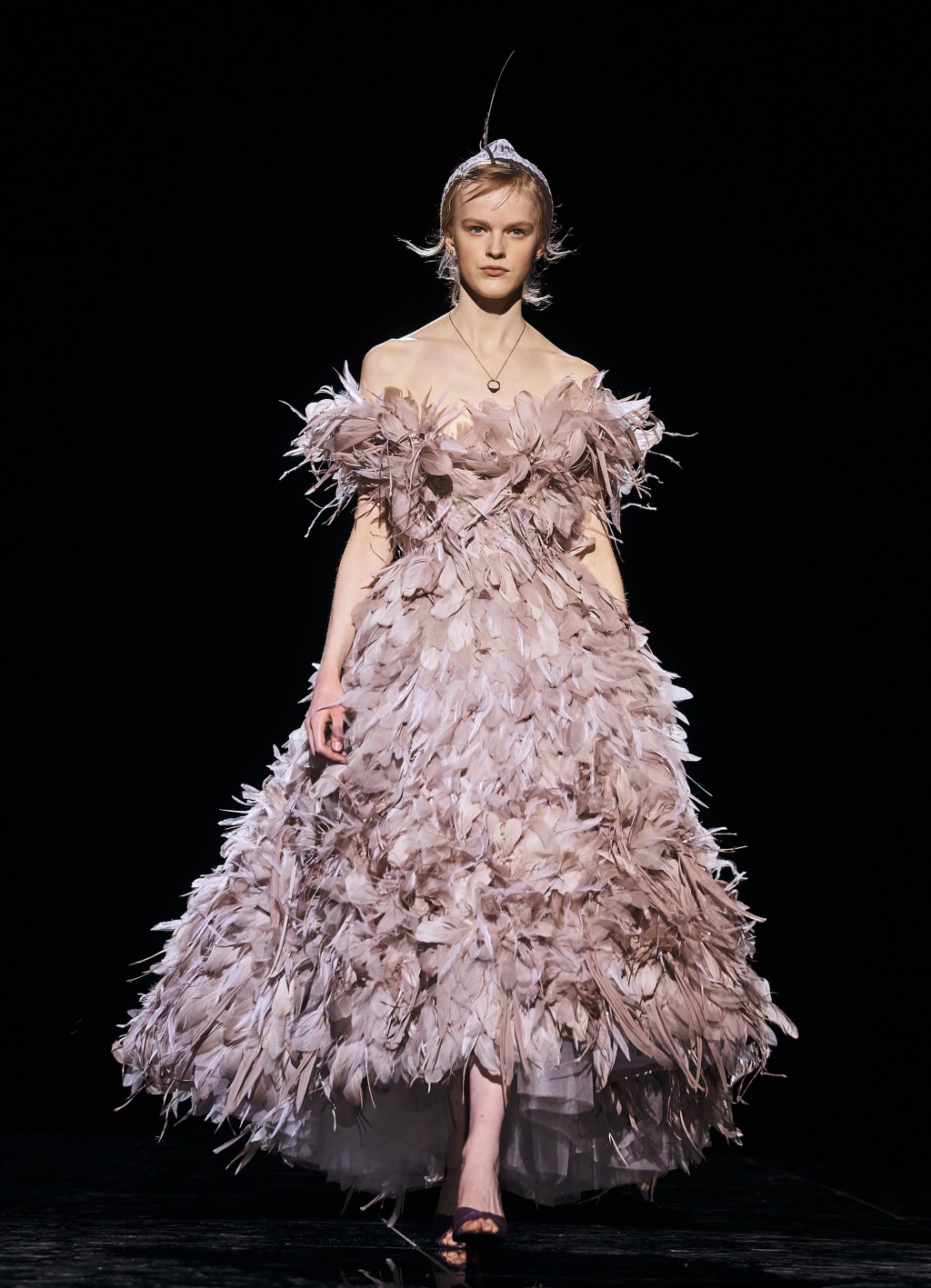 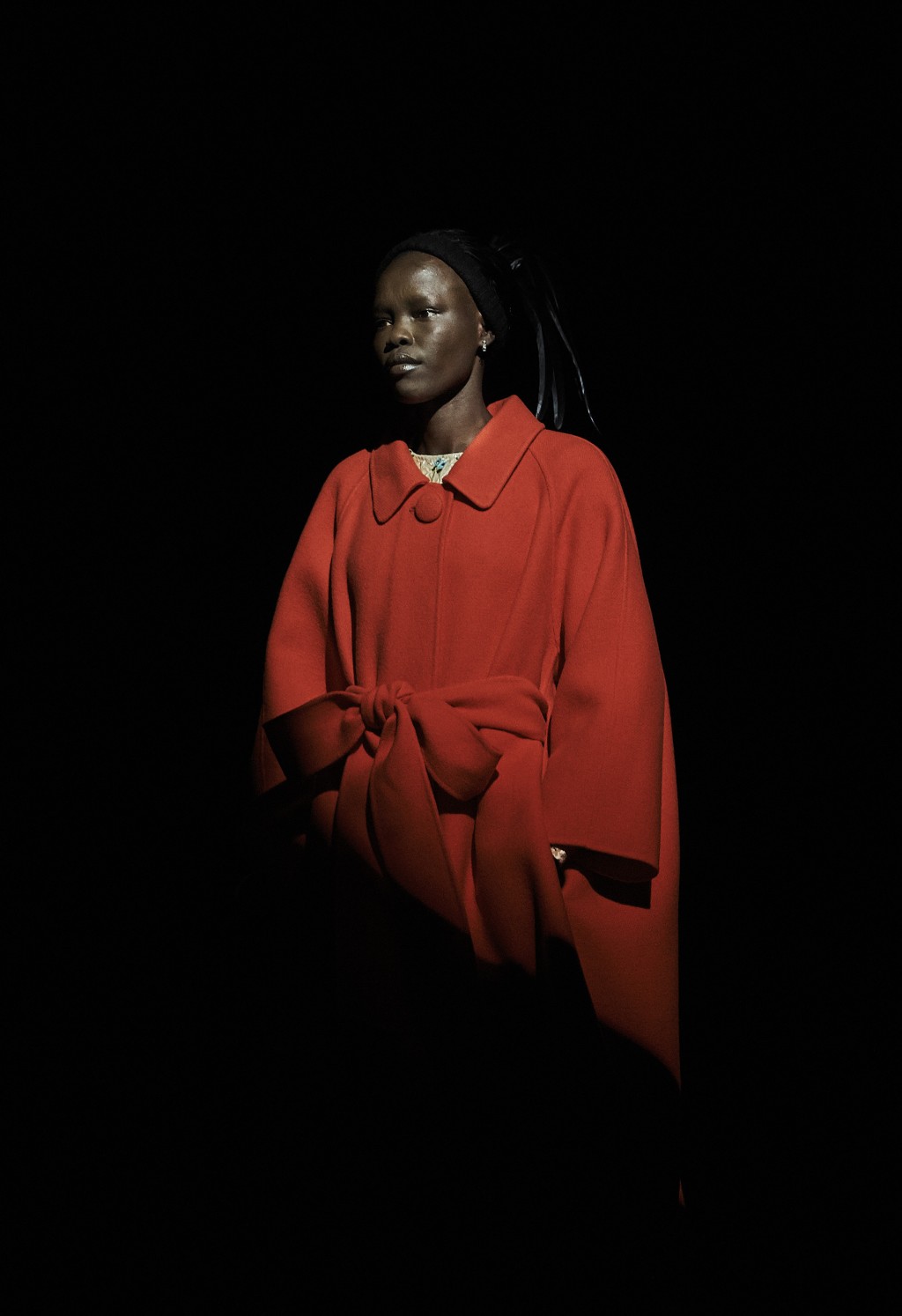 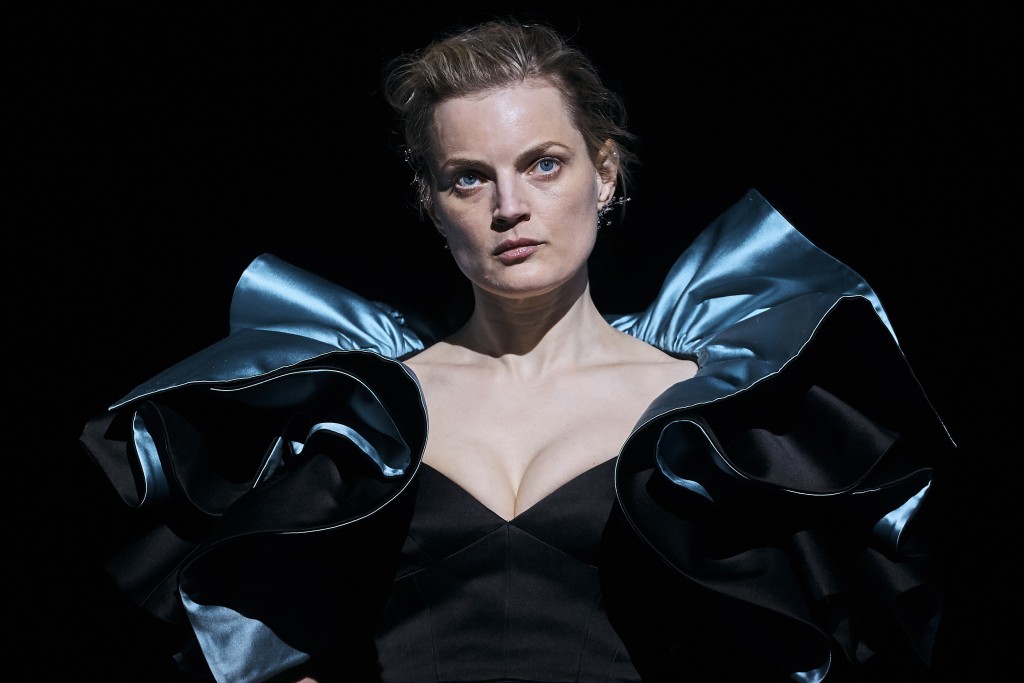 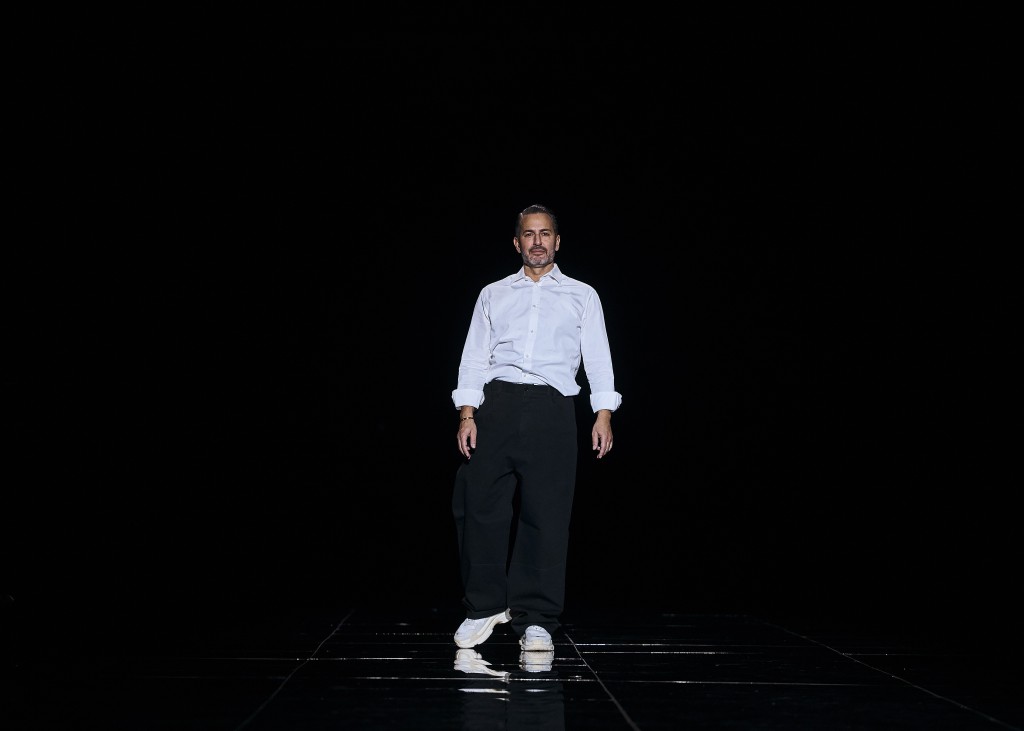 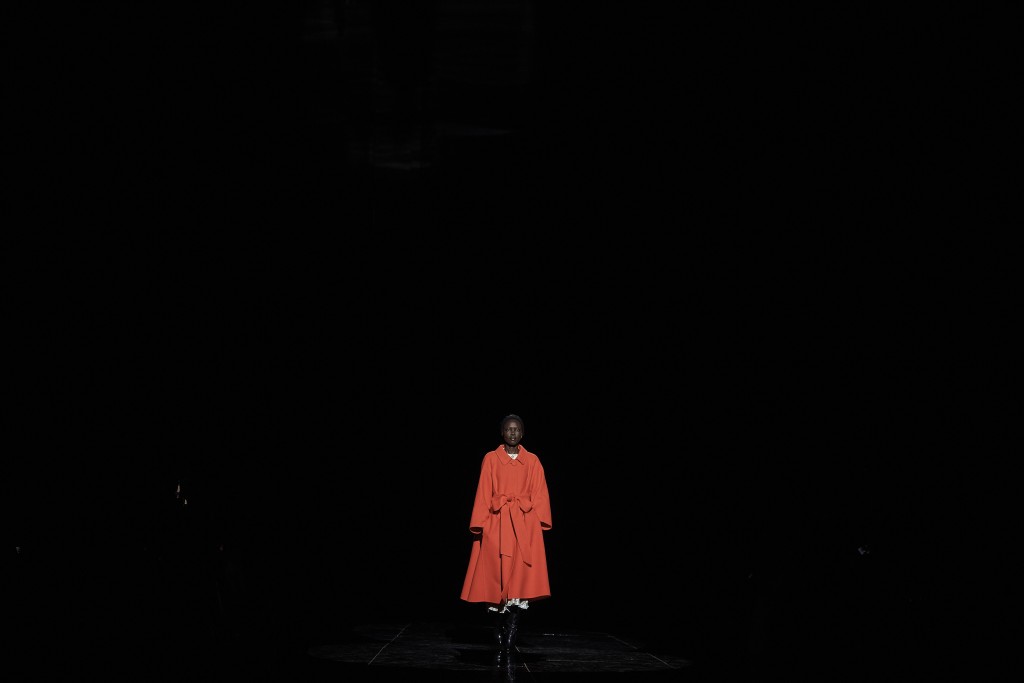 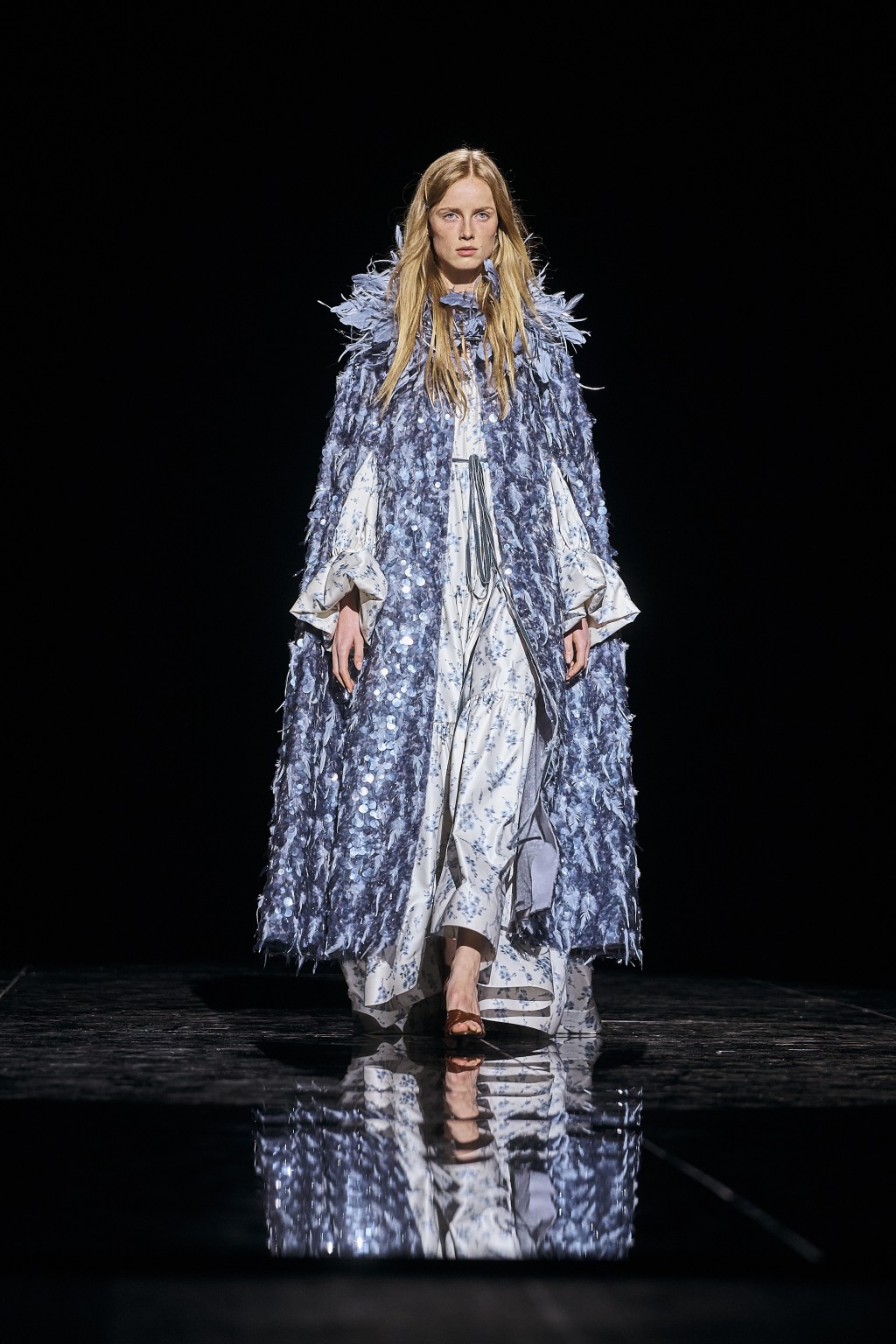 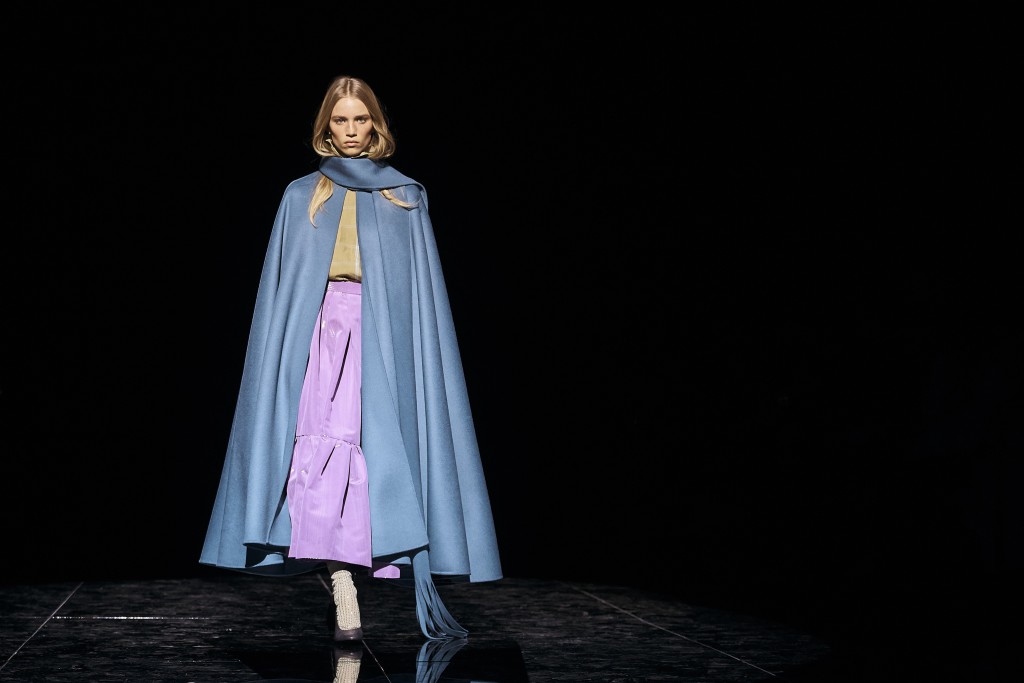 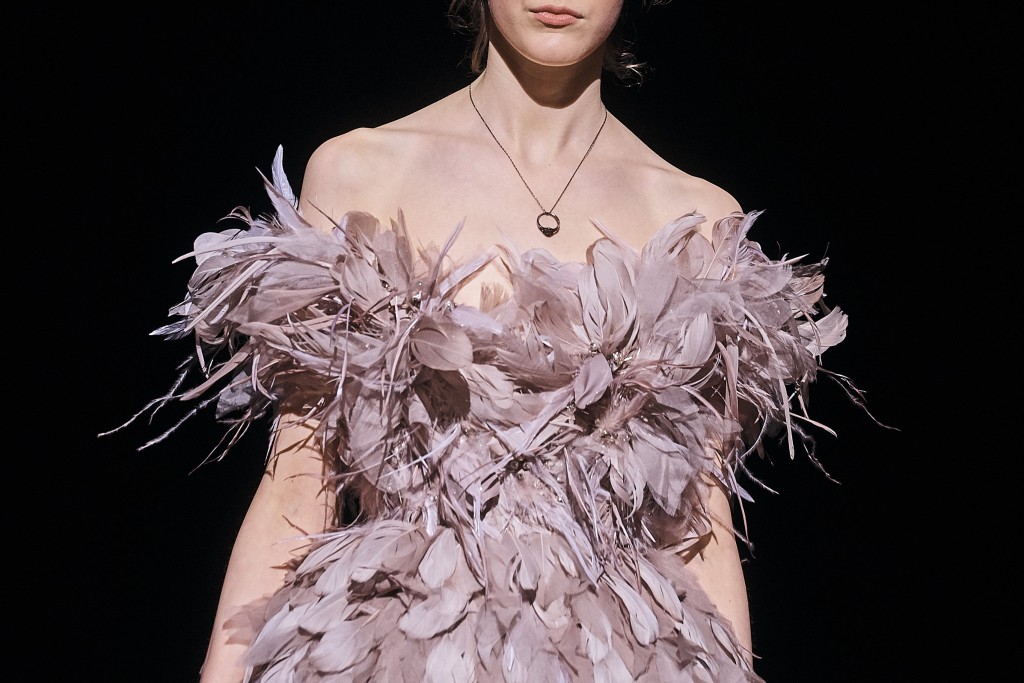 The designer, whose high-profile show traditionally closes out Fashion Week, was clearly determined to make amends for a September show that began 90 minutes late, leaving fashion editors tapping their heels and checking flight schedules. This time he started his show the very second the clock struck the appointed hour of 6 p.m.

Besides his trademark showmanship, he had a surprise up his sleeve: the return of famed '90s supermodel Christy Turlington, a month after turning 50, to close the show in a voluminous black-feathered dress with a matching feathered fascinator. Karlie Kloss and Gigi Hadid were on hand, too.

As for the show itself, it was classic Jacobs at his best — high drama and fairytale whimsy, with big shapes and signature touches like oversized ruffles and flounces and bold florals, and deliciously roomy coats that beckoned, especially given the weather outside.

To live orchestral music — "Aheym," by Bryce Dessner, performed by the American Contemporary Music Ensemble — each model emerged into a lone spotlight from pitch-black darkness. The show began with a classic look: an A-line leopard coat, paired with striped trousers and a ruffled floral blouse.

A series of big coats and elegant capes followed, in stripes or solids, plaids or tweeds, with Kloss in a charcoal-colored tweed with a bow at the neck, paired with a feathery fascinator (the headgear was, as usual, by master milliner Stephen Jones.)

The coats revealed flouncy bright dresses underneath, like a shiny shocking pink number under a red tweed, or a blue-and-white floral with an exaggerated ruffle at the neck under a gray tweed. One light blue cape over a lavender skirt looked like it had just emerged from a fairytale forest — Little Blue Riding Hood, perhaps.

As the clothes got fancier, the sequins came out, as on one black A-line dress with huge puffed sleeves. There was a striking bright yellow off-the-shoulder number, and short, high-volume dresses like a blue feathered mini or a sky blue cape studded with both sequins and feathers.

Kerry Washington, Tracee Ellis Ross, Shailene Woodley and Sofia Coppola were all on hand, watching as Turlington, in black from the feather on her head to the shiny boots on her feet, closed out the show with a flourish.