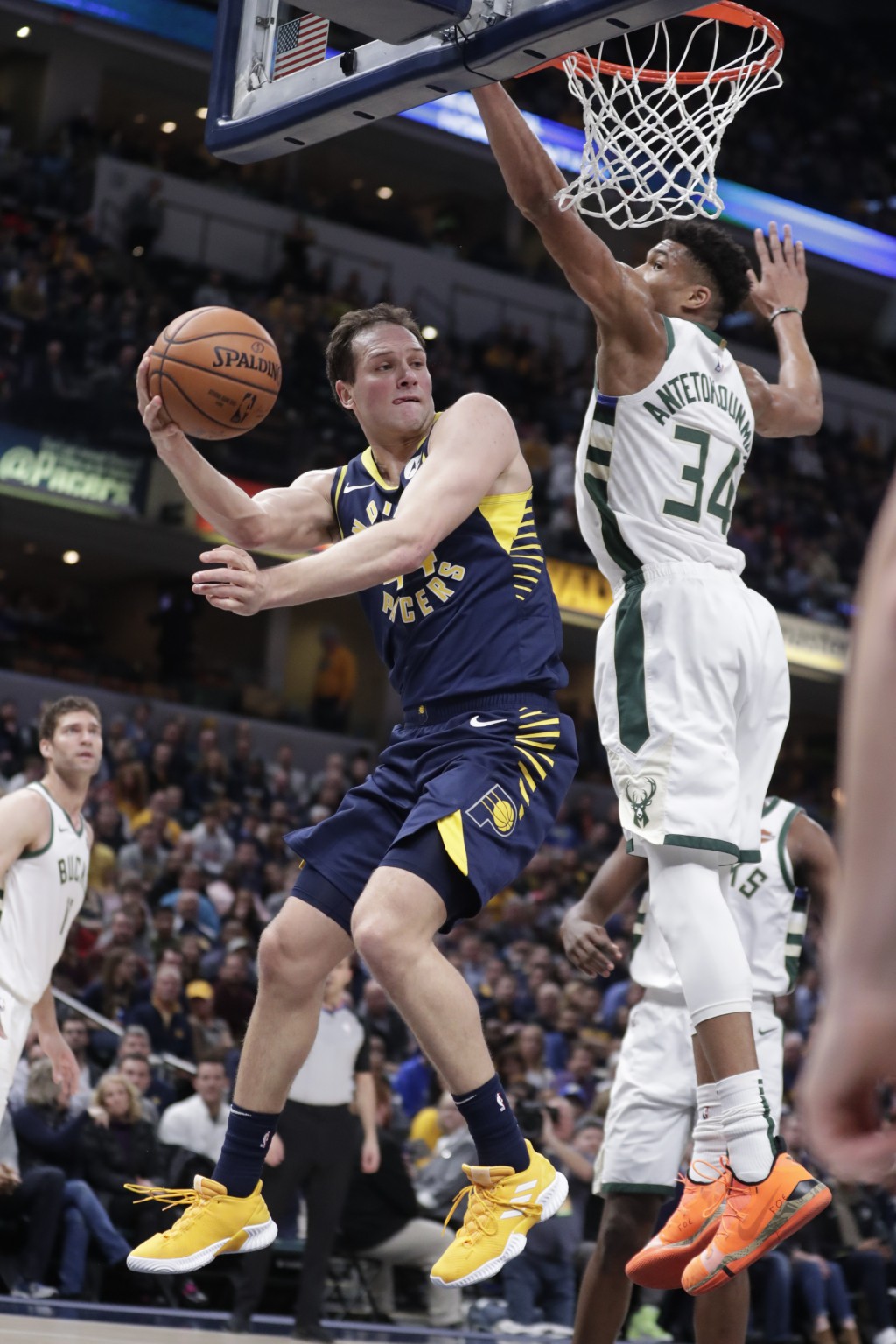 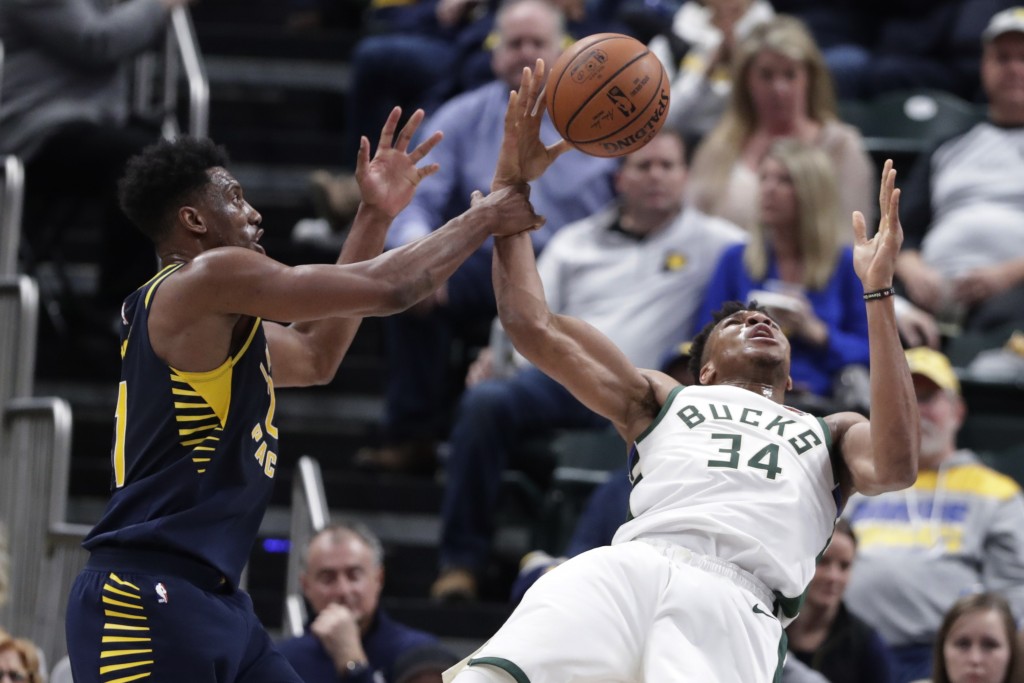 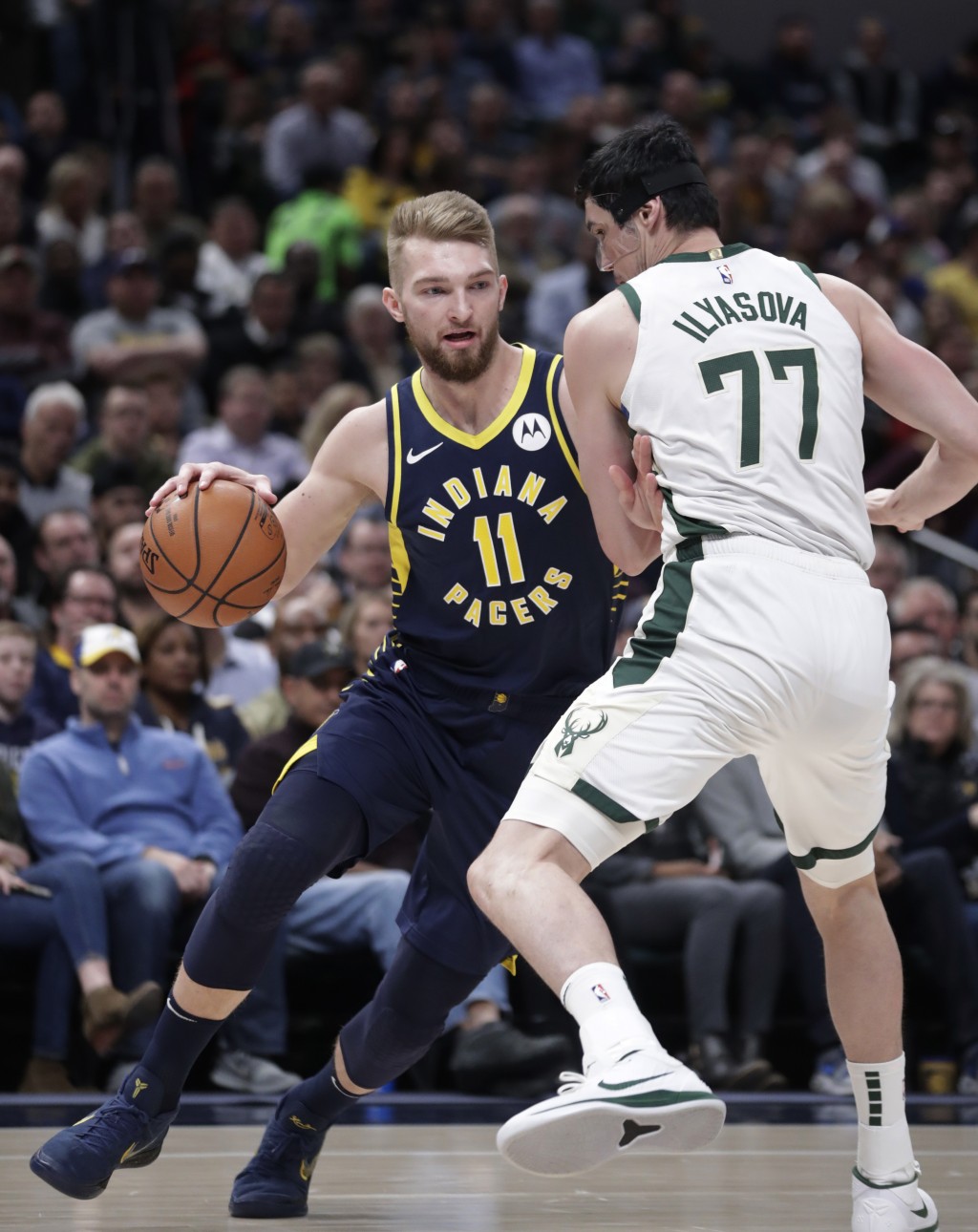 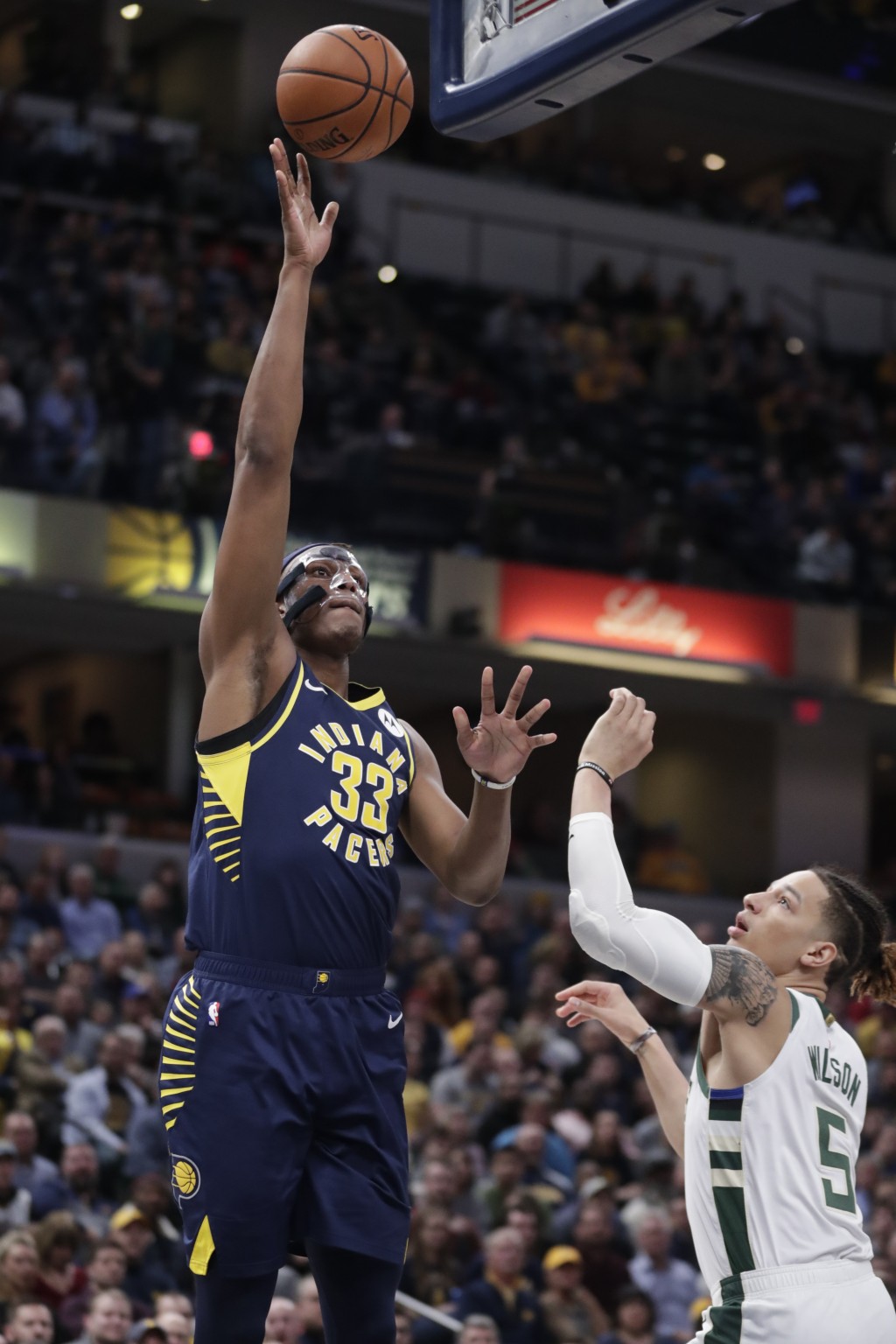 INDIANAPOLIS (AP) — Giannis Antetokounmpo started fast and finished strong, picking up a triple-double to help the Milwaukee Bucks rally late for a 106-97 victory over the Indiana Pacers on Wednesday night.

The three-time All-Star had 33 points, 19 rebounds and 11 assists, leading the Bucks back from a 10-point fourth-quarter deficit. NBA-leading Milwaukee has won eight of nine overall and seven straight on the road — its longest road winning streak since 1984-85.

Bojan Bogdanovic scored 20 points and Darren Collison added 14 to lead Indiana, which had a six-game winning streak snapped just before the All-Star break.

The Pacers had no answers for Antetokounmpo in the opening quarter, when he made five of the Bucks' nine baskets and had assists on the other four. They couldn't stop him late, either — he scored 12 points in a game-closing 30-11 run.

Indiana charged back from an eight-point halftime deficit to take the lead in the third quarter and extended the margin to 86-76 on Tyreke Evans' 3-pointer with 9:36 to go.

Antetokounmpo answered with a layup to start the comeback and made back-to-back baskets to tie it at 95 with 3:50 to play. With 2:36 to go, he found a wide open Ersan Ilyasova for the tiebreaking layup, and the Pacers only scored two points the rest of the game.

Bucks: Have won 20 road games, one more than they did all of last season. ... Milwaukee improved to 11-1 against Central Division foes this season and ended a four-game losing streak at Indianapolis. ... Antetokounmpo also recorded his 13th game with at least 25 points, 15 rebounds and five assists this season, breaking a tie with Shaquille O'Neal for the most since 1976-77. ... Khris Middleton had 15 points, George Hill had 12 and Ilyasova had 11. ... Recently acquired Nikola Mirotic sat out with a strained right calf.

Pacers: Bogdanovic has 20 games with 20 or more points this season, a career high. .... Domantas Sabonis also had 14 points for Indiana. ... Collison finished with seven assists and Myles Turner added 11 points, six rebounds and two blocks. ... The Pacers scored 18 points in the first and fourth quarters. ... Indiana is 4-10 when scoring fewer than 100 points.

Bucks: Return from the All-Star break by hosting Boston on Feb. 21.

Pacers: Close out a six-game home stand against New Orleans on Feb. 22.