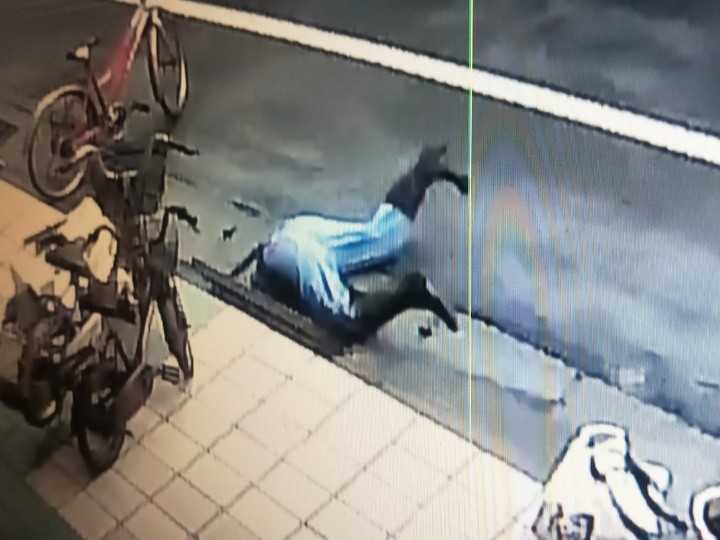 TAIPEI (Taiwan News) -- A man in northern Taiwan became stuck upside down halfway inside a drain yesterday (Feb. 13), after he tried to retrieve an NT$10 (US$0.32) coin he had dropped while waiting for the bus, reported UDN.

Yesterday morning, a 52-year old man surnamed Yang (楊) accidentally dropped an NT$10 coin into a drain at a bus stop in Keelung city. When trying to retrieve the coin, he fell head over heels into the drain and firefighters had to be brought in to pluck him to safety.

At 11 a.m. yesterday morning while waiting for the bus on Dongming Road, Yang, who has a mild intellectual disability, accidentally dropped an NT$10 coin, and it rolled into a storm drain. Frustrated, he then somehow lifted open the metal grate covering the drain and pushed his head through to try to pick it up, but fell up to his hips through the 60 cm by 40 cm hole. Not only had Yang failed to find the elusive NT$10 coin, but he had somehow become trapped inside the 1-meter-deep pit. Yang then started to cry for help, and all shop owners within earshot rushed to the scene to see what was going on.

The fire department was notified and dispatched two vehicles to rescue the trapped NT$10 coin miner.

After firefighters arrived on the scene, they were soon able to extricate Yang from the drainage hole. When Yang emerged, he was covered in sewage and frightened. Still trembling from the traumatic experience, Yang said he almost died for NT$10 and said, "I'll never do that again." A kindly shop owner who witnessed the incident took pity on Yang and decided to call a taxi, and pay the NT$200 fare for him.

Yang thanked the good Samaritan for her kindness.

In the video captured by a store surveillance camera, Yang can be seen first probing with his hands, before losing his balance and falling head over heels into the drain. For a few seconds, Yang's leg can still be seen protruding from the hole, but eventually his entire body disappears from view as he becomes lost inside the drain. 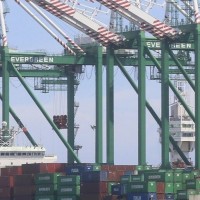