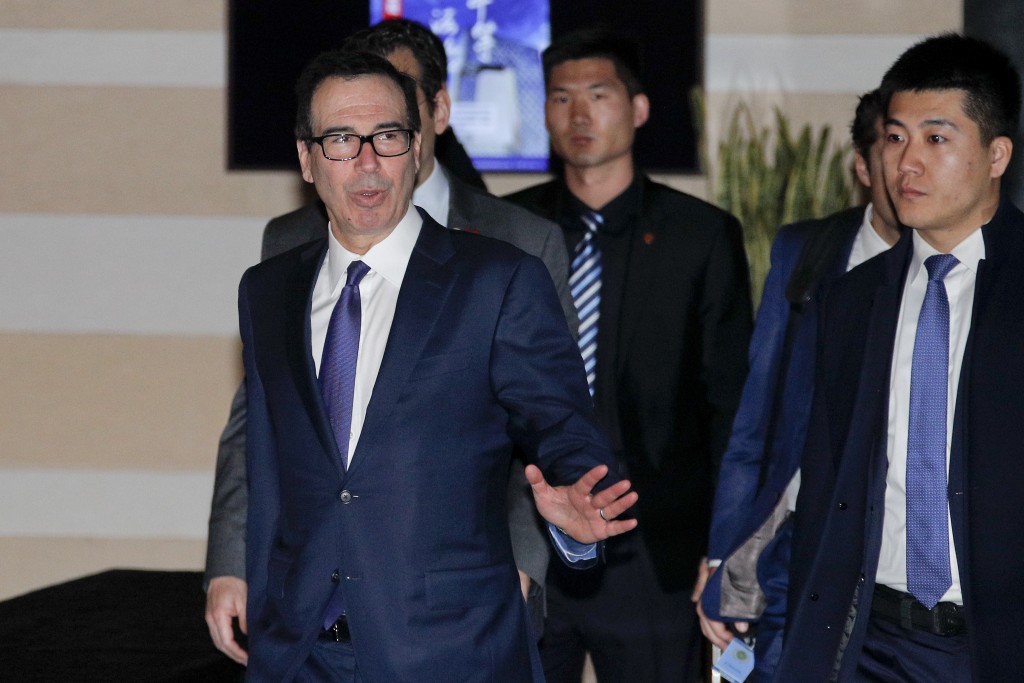 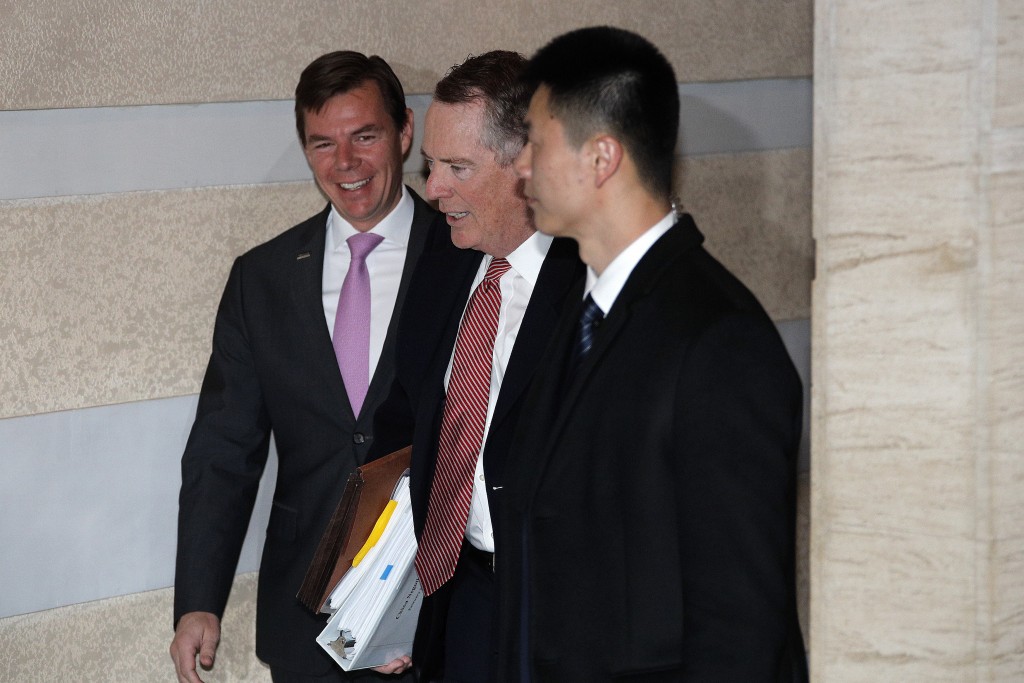 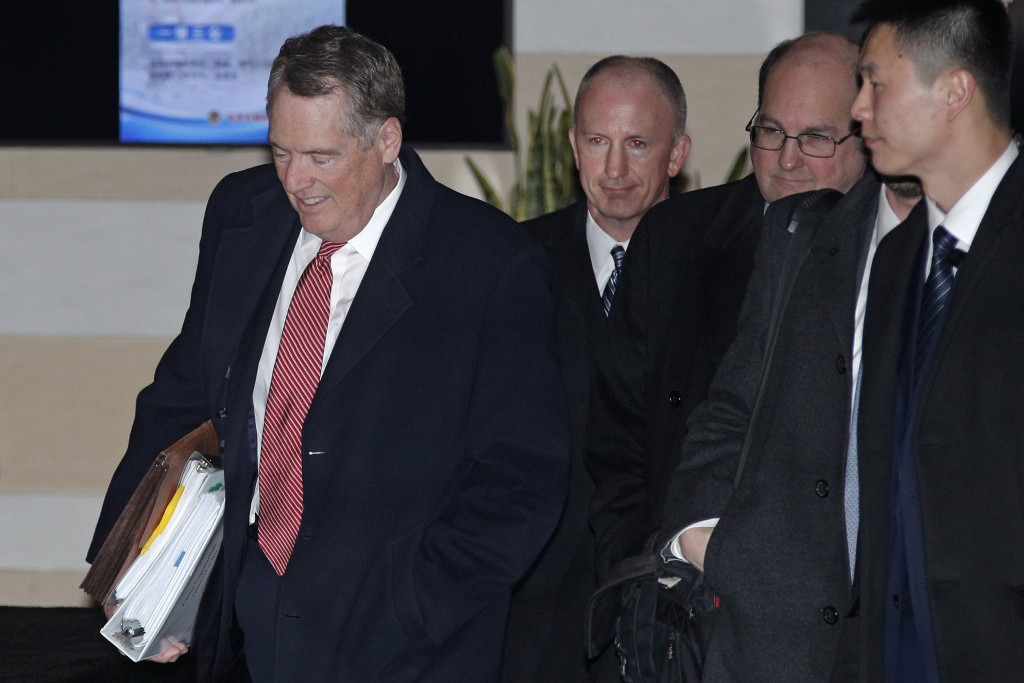 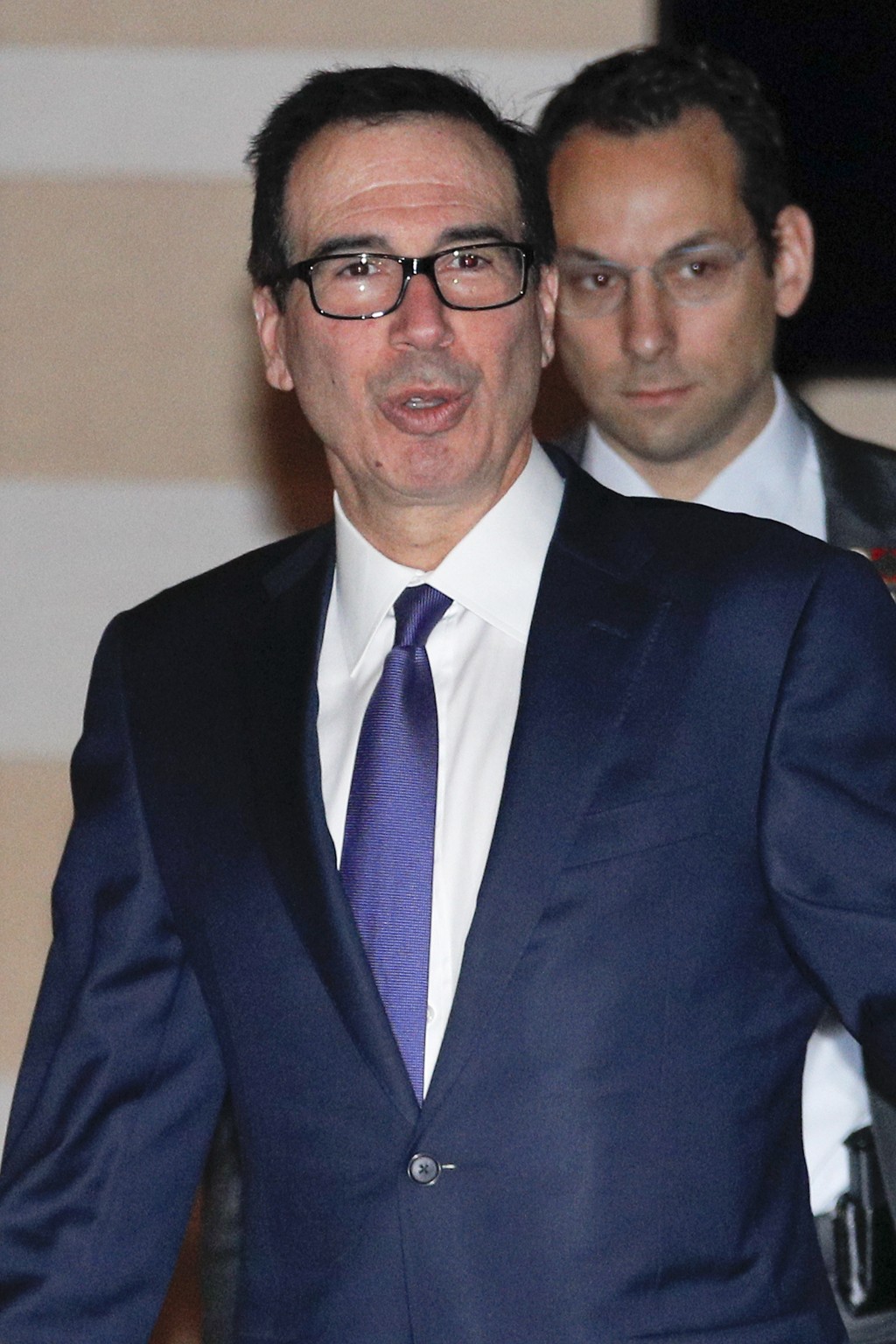 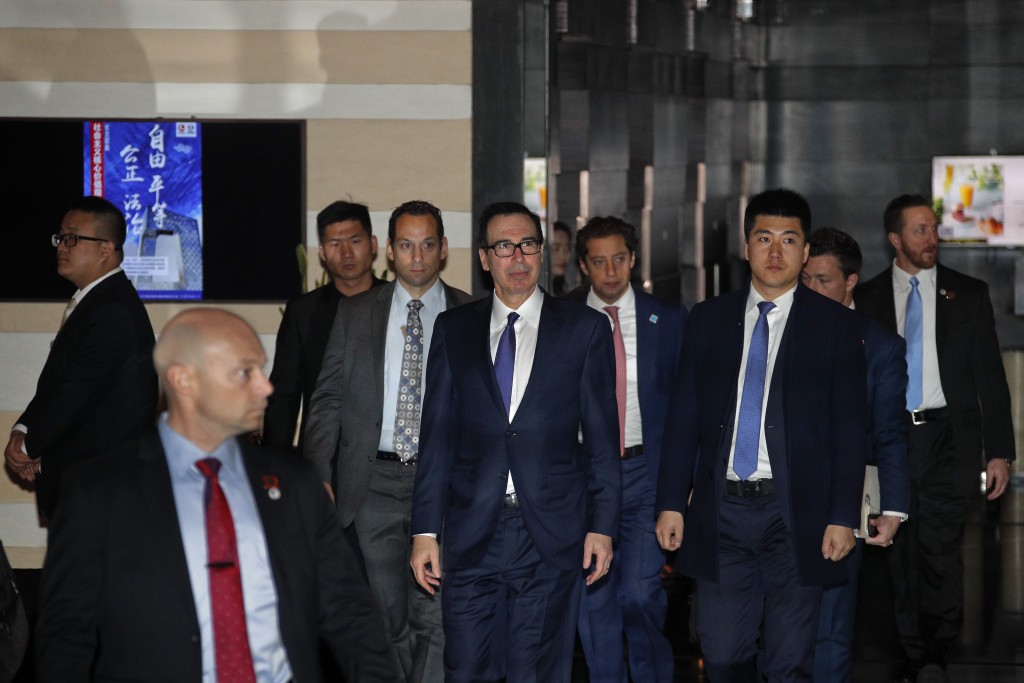 BEIJING (AP) — U.S. and Chinese negotiators began trade talks Thursday that President Donald Trump says will help decide whether he escalates a fight over Beijing's technology ambitions by raising tariffs on $200 billion of imports from China.

Businesspeople and economists say the two days of talks are unlikely to resolve the battle that threatens to drag on weakening global economic growth. They say Chinese negotiators are trying to persuade Trump they are making enough progress to postpone a March 2 deadline for the duty increase.

The chief American envoy, Trade Representative Robert Lighthizer, and his Chinese counterpart, Vice Premier Liu He, shook hands at the start of the meeting at a government guesthouse but said nothing to reporters.

There are few signs of movement on the thorniest issue: Washington's demand that Beijing scale back plans for government-led creation of global competitors in robotics and other technologies. China's trading partners say those violate Beijing's market-opening obligations and some American officials worry they might erode U.S. industrial leadership.

Trump agreed in December to postpone more tariff hikes while the two sides negotiate. That expires March 1. The following day, a 10 percent tariff imposed in July on $200 billion of Chinese imports would rise to 25 percent.

On Tuesday, Trump said while he is not inclined to extend the deadline, he might let it "slide for a little while" if talks go well. Earlier, the White House called March 2 a "hard deadline."

Business groups see the decision by the top trade envoys, Lighthizer and Liu, to take part in person as a sign the negotiations are making progress. Thursday was their second meeting following negotiations last month in Washington.

Companies on both sides have been battered by Washington's tariffs and retaliatory duties imposed by Chinese President Xi Jinping's government. The stakes are rising as global economic growth cools.

Trump hiked tariffs on Chinese goods over complaints Beijing steals or pressures companies to hand over technology. The dispute has spread to include Chinese industry development, cyberspying and the countries' lopsided trade balance.

Chinese leaders have offered to narrow their multibillion-dollar trade surplus with the United States. But they balk at making major changes in development plans they see as a path to prosperity and more global influence.

Chinese officials reject complaints that foreign companies are required to hand over technology. But business groups and foreign governments point to rules they say compel companies to disclose trade secrets or share technology with state-owned partners.

Chinese officials also are balking at U.S. pressure to accept an enforcement mechanism to monitor whether Beijing carries out its promises.

Beijing has tried to deflect pressure by emphasizing China's growth as an export market. It has announced changes over the past year to open finance and other fields, including allowing full foreign ownership in its auto industry for the first time.

Regulators have announced plans to improve protection of foreign patents and copyrights.

It is unclear whether that will satisfy Washington and other governments that complain the system is rigged to extract technology from foreign companies and to use official industrial standards to shield Chinese enterprises from competition.