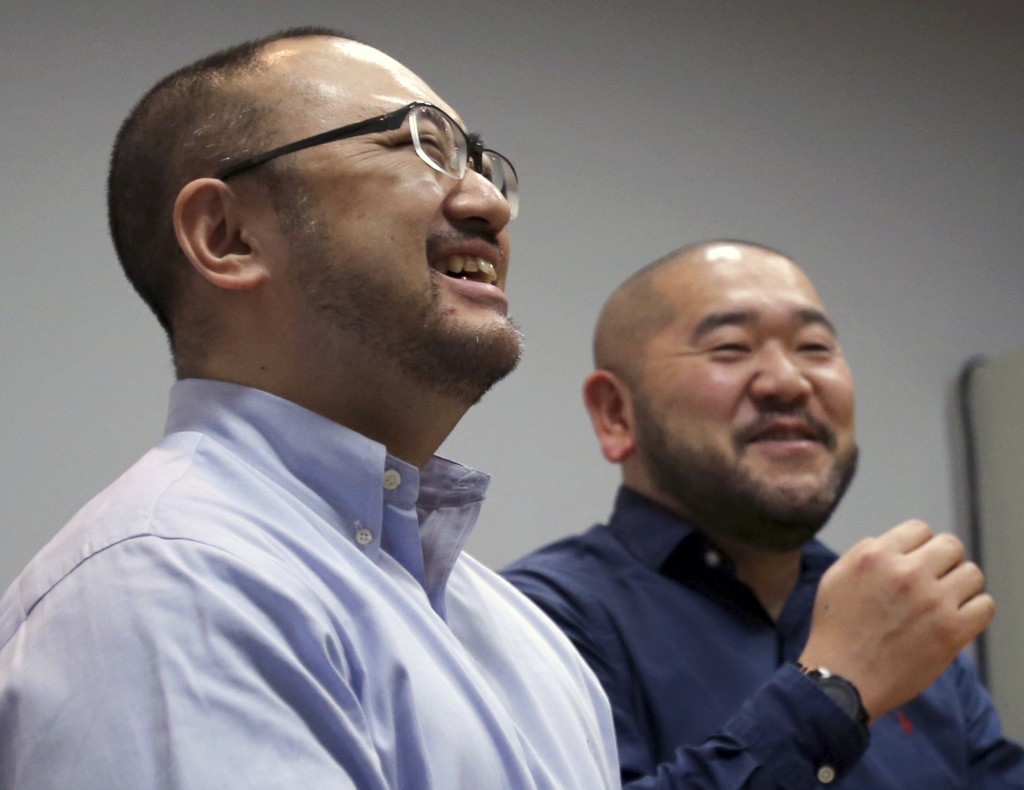 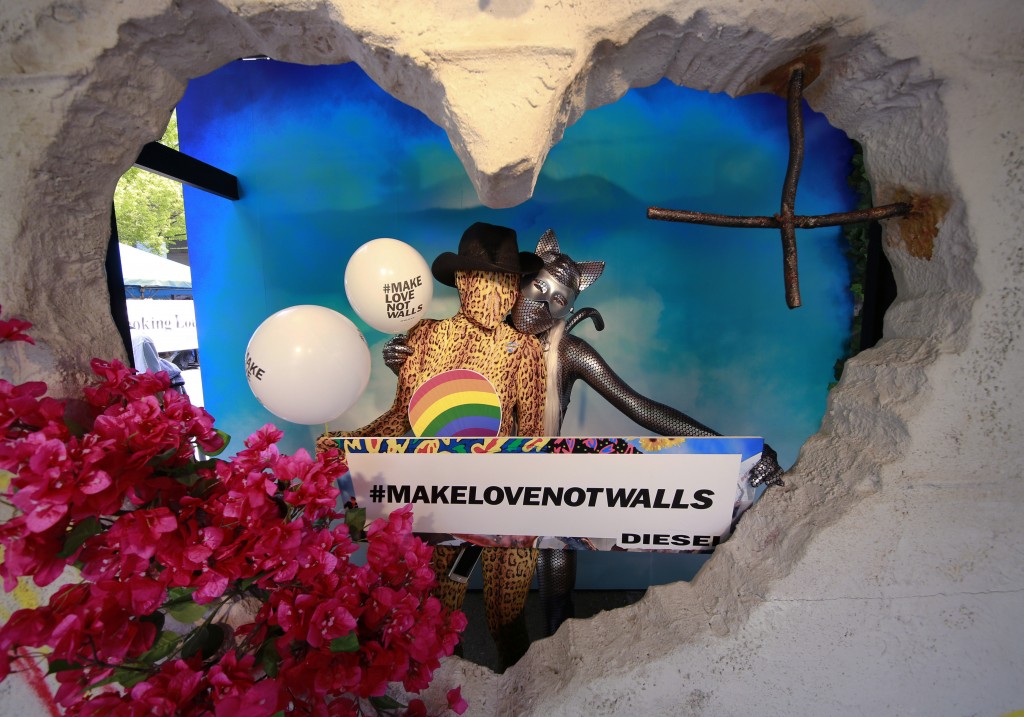 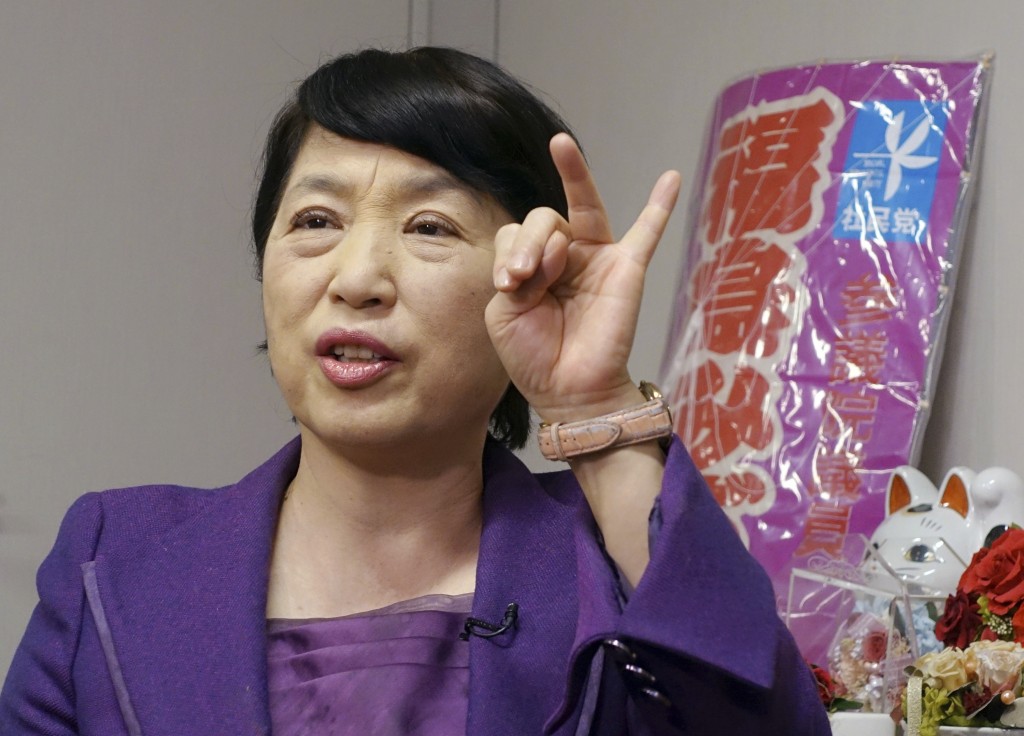 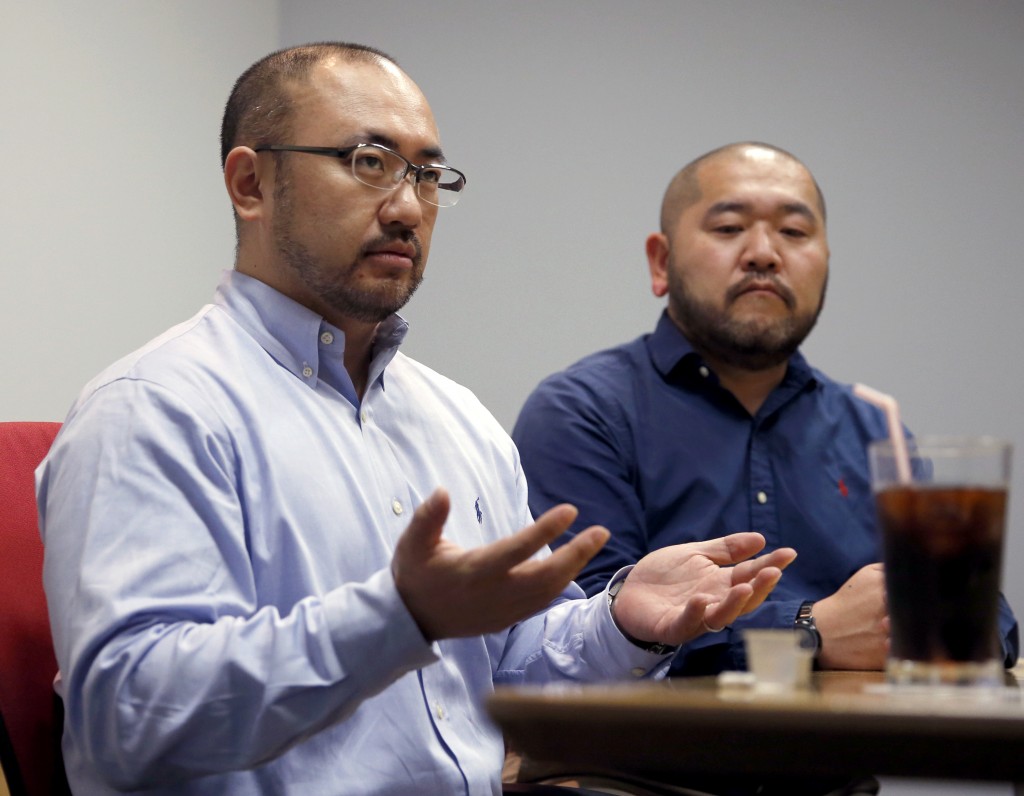 TOKYO (AP) — Ken Kozumi and Kenji Aiba have held onto a marriage certificate they signed at their wedding party in 2013, anticipating that Japan would emulate other advanced nations and legalize same-sex unions.

That day has yet to come, and legally they are just friends even though they've lived as a married couple for more than five years. So they decided to act rather than waiting.

On Thursday, Valentine's Day, Kozumi and Aiba are joining a dozen other same-sex couples in Japan's first lawsuits challenging the constitutionality of the country's rejection of same-sex marriage.

The 13 gay couples contend that the law violates their constitutional right to equality. They are demanding that the government follow the example of many other nations in guaranteeing marital freedom.

Ten Japanese municipalities have enacted "partnership" ordinances for same-sex couples to make it easier for them to rent apartments together, among other things, but they are not legally binding.

"Right now we are both in good health and able to work, but what if either of us has an accident or becomes ill? We are not allowed to be each other's guarantors for medical treatment, or to be each other's heir," Kozumi, a 45-year-old office worker, said in a recent interview with his partner Aiba, 40. "Progress in Japan has been too slow."

In a country where pressure for conformity is strong, many LGBT people hide their sexuality even from their families, fearing prejudice at home, school or work.

The obstacles are even higher for transgender people, who face extra difficulties in a highly gender-specific society.

Resistance to allowing full gender equality was evident in a Supreme Court ruling last month upholding a law that effectively requires transgender people to be sterilized before they can have their gender changed on official documents.

The LGBTQ equal rights movement has lagged behind in Japan because people who are silently not conforming to conventional notions of sexuality have been so marginalized that the issue hasn't been considered a human rights problem, experts say.

"Many people don't even think of a possibility that their neighbors, colleagues or classmates may be sexual minorities," said Mizuho Fukushima, a lawyer-turned-lawmaker and an expert on gender and human rights issues. "And the pressure to follow a conservative family model, in which heterosexual couples are supposed to marry and have children, is still strong."

Prime Minister Shinzo Abe and his ultra-conservative supporters have campaigned to restore a paternalistic society based on heterosexual marriages. The government has restarted moral education class at schools to teach children family values and good deeds.

"Whether to allow same-sex marriage is an issue that affects the foundation of how families should be in Japan, which requires an extremely careful examination," Abe said in a statement last year.

The ruling Liberal Democratic Party has repeatedly come under fire for making remarks deemed discriminating against LGBTQ people. In January, party veteran Katsuei Hirasawa said "a nation would collapse" if everyone became LGBTQ. Last year, another ruling lawmaker, Mio Sugita, was condemned after saying in a magazine that the government shouldn't use tax money for the rights of LGBTQ individuals because they are "not productive."

But while the law and many lawmakers lag behind, public acceptance of sexual diversity and same-sex marriage has grown in Japan. According to an October, 2018 survey by the advertising agency Dentsu, more than 70 percent of the 6,229 respondents aged 20-59 said they support legalizing same-sex marriage.

Some companies have adopted policies to extend employee benefits to their same-sex partners. A few women's universities have announced they will start accepting male-to-female transgender applicants, and some schools are allowing both boys and girls to choose between trousers and skirts. Increasingly, genderless public toilets are becoming available for "everyone."

Aiba said he feels a bit "scared" to go public and is worried about possible repercussions. But he and Kozumi decided to act on behalf of all their peers "who are too afraid of coming out because of discrimination and prejudice that we still face."

"It will be our dream comes true if our marriage certificate is accepted one day," Aiba said. "We want to make that happen."

Pressures for change are mounting.

Japan's refusal to issue spouse visas to partners of same-sex couples legally married overseas is a growing problem, forcing them to temporarily live separately. A group of lawmakers is lobbying the Justice Ministry to consider a special visa for them.

In August, The American Chamber of Commerce in Japan, and its counterparts from Canada, Britain, Ireland, Australia and New Zealand, called for legalizing same sex marriages, , saying Japan' loses out because talented LGBTQ people choose elsewhere to work.

The primary goal of the lawsuit filed Thursday is to win marital equality for same-sex couples. But transgender people are also hoping for such a change, which would eliminate the need for anyone to be sterilized just so they can get married.