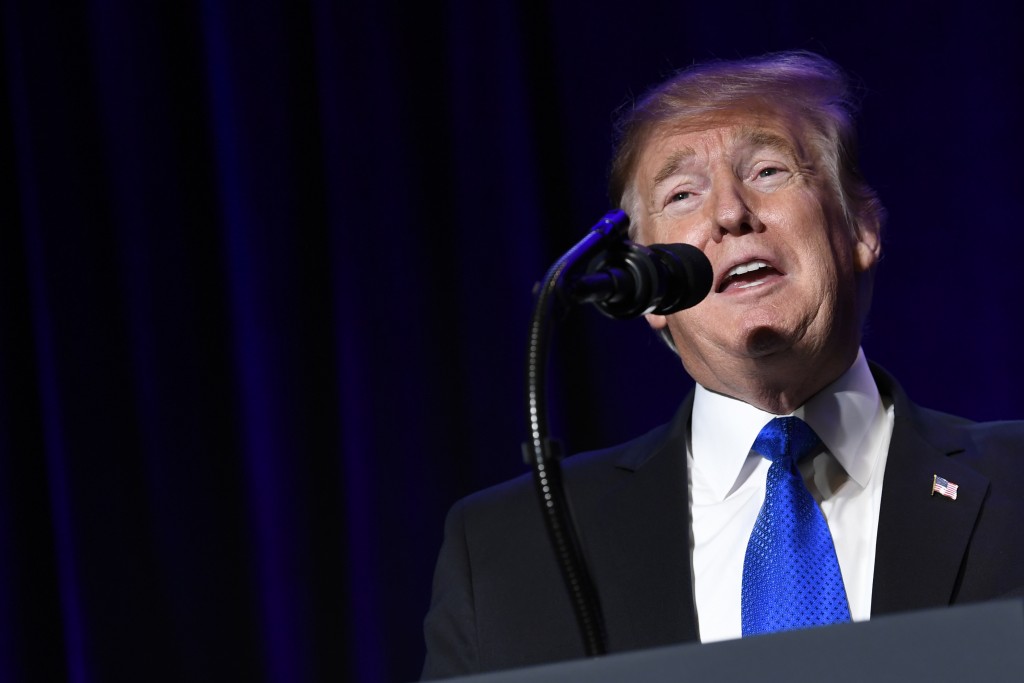 NEW YORK (AP) — A group of House Democrats asked the FBI on Wednesday to launch an investigation into whether President Donald Trump's company is a "criminal enterprise" after mass firings at two of his golf clubs where longtime workers were only recently discovered to be in the country illegally.

Rep. Raul Grijalva, D-Ariz., and nine other House members sent a letter to the head of the FBI asking for an investigation into whether the Trump Organization knowingly hired workers without the proper documents, and even helped them procure false ones as some workers have alleged.

The letter says the allegations by workers interviewed in media reports raise "serious questions of criminal activity and numerous violations of employment laws" including conspiracy charges and forced or coerced labor.

"Instead of hiding in the shadows, some of these brave workers have now decided to come forward and detail an elaborate ploy by the Trump Organization to systematically procure cheap immigrant labor and employ undocumented immigrants — despite knowing that the documents they provided were false," the House members wrote.

The letter also asks that the fired workers be offered protection from deportation as potential witnesses to crimes.

Trump has repeatedly called for cracking down on companies that hire people in the country illegally, saying they should get hit with a "huge financial penalty."

The Trump Organization did not immediately respond to a request for comment. It has previously said it does not tolerate hiring anyone with false papers, and suggested rooting out those with false documents is not easy.

"Our employees are like family but when presented with fake documents, an employer has little choice," Trump official Eric Trump, one of the president's sons, said in a statement after 13 workers were fired last month at his club in New York's Westchester County. "This situation is not unique to Trump Organization — it is one that all companies face."

Anibal Romero, a lawyer for 27 workers who were fired or left on their own at four Trump clubs, said that he has already been questioned by the FBI and the offices of the New Jersey and New York state attorneys general. He said he could not discuss the content of the discussions.

The letter Thursday to FBI Director Christopher Wray also cited previously reported allegations that some managers had threated to tell authorities that workers were in the country illegally if they complained about work conditions. One worker also complained about physical abuse, saying she was thrown against a wall three times at the Bedminster, New Jersey, club.

The Trump Organization has rejected those allegations.

"A thorough investigation into these claims was conducted immediately after they were brought to our attention," the company said in an emailed statement to The Associated Press earlier this month. "No evidence was found to substantiate these allegations."

Earlier this month, New York Attorney General Letitia James called for sharpening state law to make it clear that it is a crime for employers to threaten to deport workers without the proper documents if they complained about their wages or working conditions.

The Trump Organization has said it would register all its properties on E-Verify, a federal database where employers can check electronically whether workers are in the country illegally. As a candidate, Donald Trump said he used the system "on just about every job" at his properties, though that was not the case.

Most of Trump's properties were not on E-Verify's latest list of participating employers, including the three golf clubs in New Jersey and three in New York state where workers now represented by Romero used to be employed.