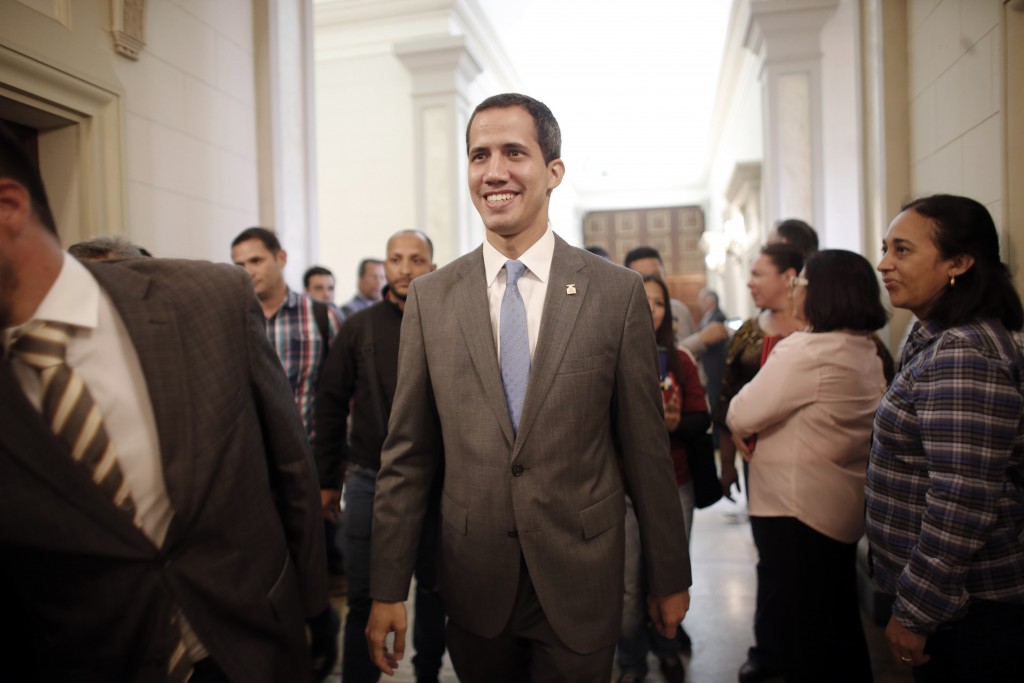 CARACAS, Venezuela (AP) — The Latest on the political crisis in Venezuela (all times local):

Venezuela's self-declared President Juan Guaido says that the congress has appointed executives to a transitional board for its PDVSA state-owned oil company and its U.S. subsidiaries, including Houston-based refiner Citgo.

The South American nation sits on the world's largest proven petroleum reserves, but oil output has been plummeting for years. Controlling the industry that is the backbone of its economy is key to the transitional government of Guaido. The congressional leader proclaimed himself interim president on Jan. 23, arguing that the re-election of socialist President Nicolas Maduro was fraudulent.

Venezuela currently pumps just a third of the 3.5 million barrels a day it did when the late Hugo Chavez took power in 1999. The country's refining capacity has partly declined because of poor maintenance and lack of skilled staff. That has left it reliant on Citgo to refine the oil and send gasoline back to Venezuela to meet domestic needs. Officials at PDVSA and Citgo could not be immediately reached for comment.

The Netherlands says it will set up a humanitarian aid hub for crisis-torn Venezuela on its Caribbean island of Curacao.

Dutch Foreign Affairs Minister Stef Blok said on Twitter Wednesday that the collection point will be launched in "close cooperation with Venezuelan interim-president (Juan) Guaido and the United States."

Details weren't released. Curacao is about 55 miles (90 kilometers) off the Venezuelan coast.

About 60 countries, including the U.S., have recognized opposition leader Guaido as the interim president of Venezuela.

Guaido on Tuesday set a Feb. 23 deadline to bring badly needed food and medicine into Venezuela. The humanitarian aid has been warehoused on the Colombian border since last week. Guaido also announced a second collection point for aid across the border in Brazil.