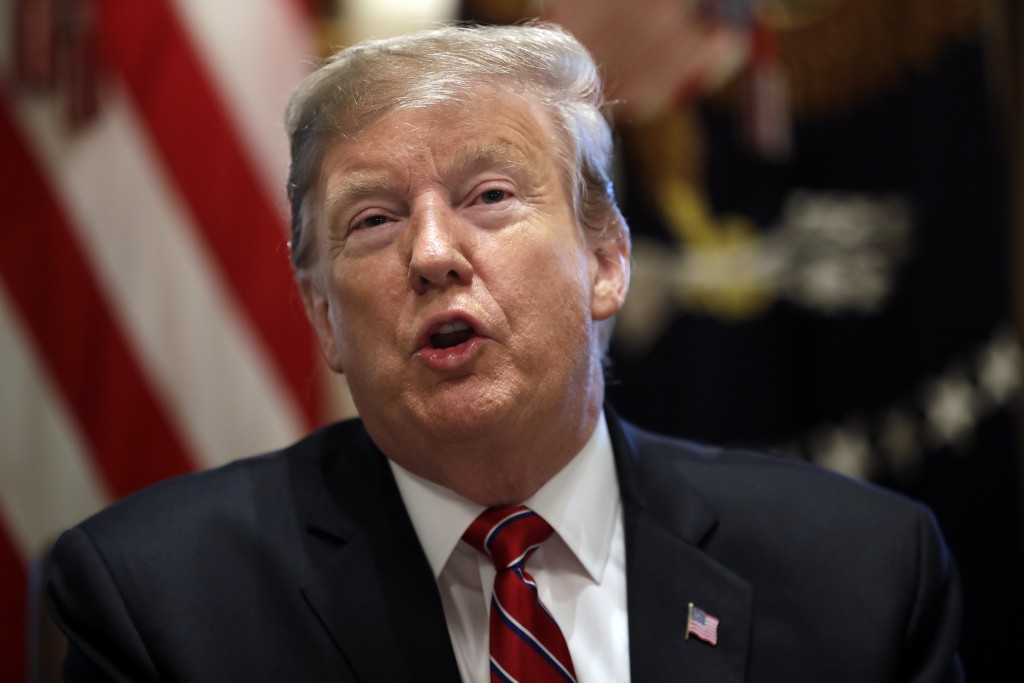 President Donald Trump says he and his aides will be "looking for land mines" when they review the final text of a border security agreement. The deal would keep the government open, but provide just a fraction of the money Trump has been demanding for his border wall.

Asked by reporters whether he planned to back the deal, Trump said Wednesday he would be taking "a very serious look," but declined to tip his hand.

He says, "we're going to look at the legislation when it comes and I'll make a determination."

Still, Trump reiterated his desire to avoid another government shutdown, following the 35-day partial closure that left hundreds of thousands of federal workers without paychecks, saying another closure "would be a terrible thing."

Trump is also insisting that, no matter what, "We're going to have a great wall."

President Donald Trump says he's not expecting the government to shut down again, a signal that he's leaning toward accepting a budget deal that denies him most of the money he's sought for a southern border wall.

Trump says he isn't happy with the compromise and has yet to say he will sign the tentative deal if it passes Congress as expected. A budget bill must be signed into law by midnight Friday to avoid a second shutdown this year.

Lawmakers from both parties have reached a deal that would provide nearly $1.4 billion for border barriers. That's about one-fourth of the money Trump demanded for a wall separating the U.S. and Mexico.

Trump says he's looking to supplement border wall funding with money from other parts of the government.