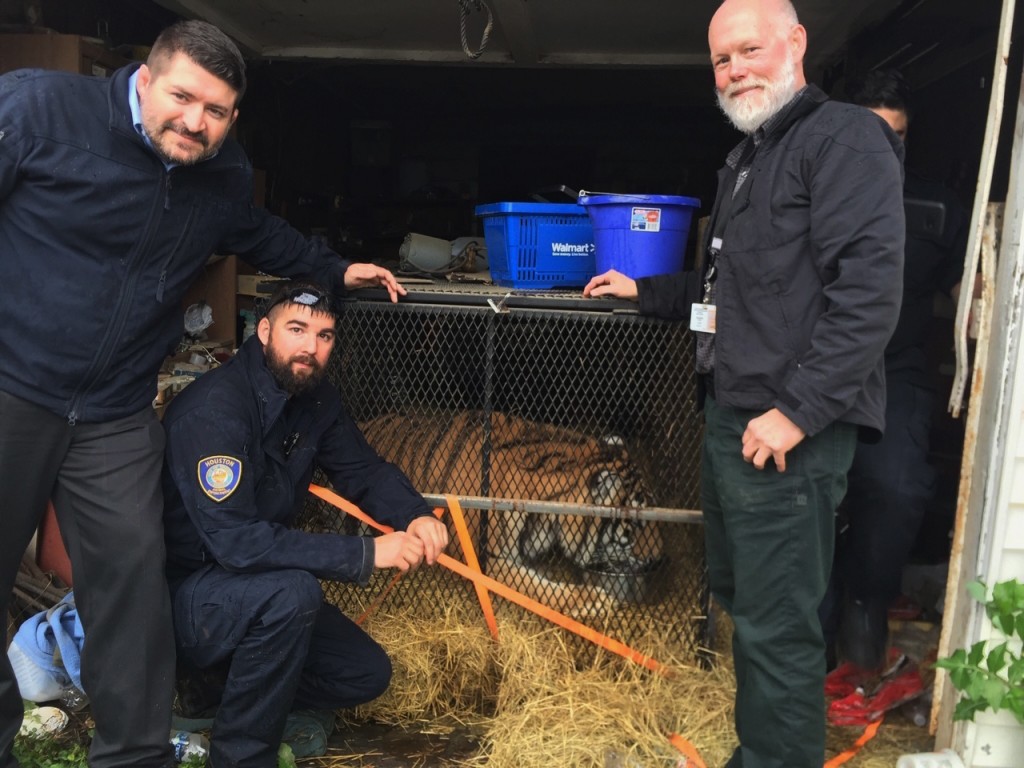 HOUSTON (AP) — A woman who called Houston's non-emergency dispatch line after discovering a tiger inside a cage at an abandoned home told the shocked dispatcher: "I'm not lying."

The Houston Chronicle obtained a recording of the call after animal rescue workers found the well-fed animal resting on a bed of hay Monday inside a cage they said could be easily opened.

Police say a group of people looking for a place to smoke marijuana happened across the tiger on Monday. The woman told the dispatcher: "It's pretty big." Authorities say the animal weighed 350 pounds (159 kilograms).

Investigators have leads into who owned the tiger but say it may not be the person who owns the property.

The tiger has been moved to an animal sanctuary in Texas. The tiger was nicknamed "Tyson" after the movie "The Hangover."