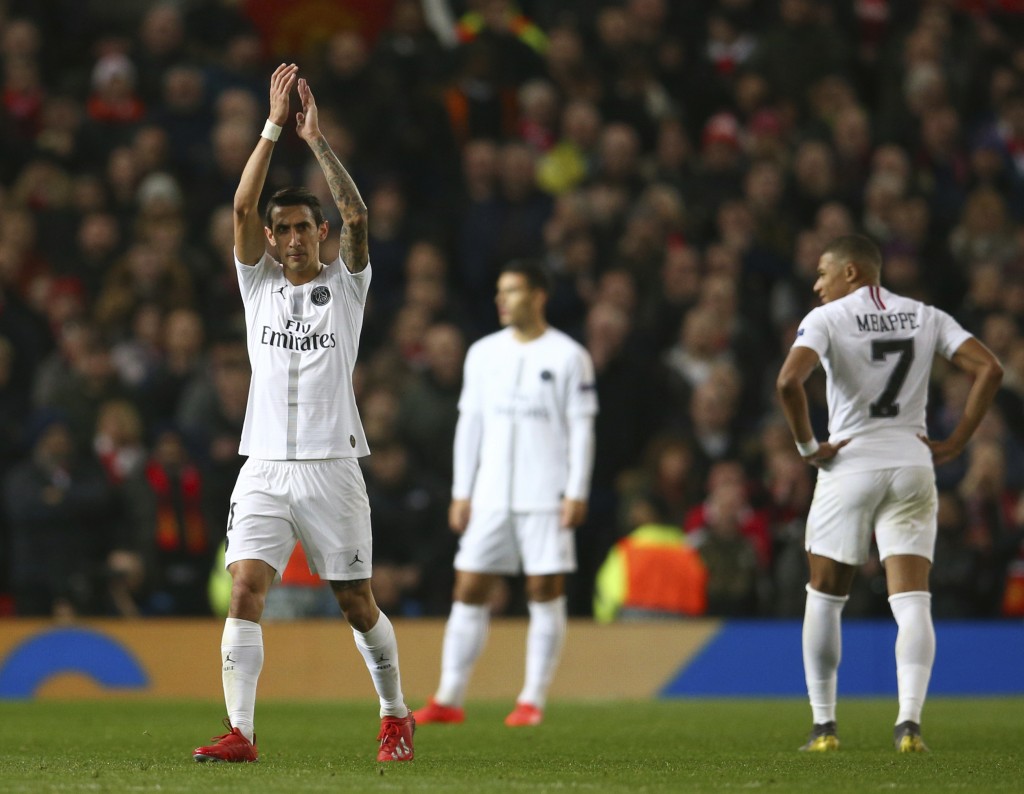 NYON, Switzerland (AP) — Manchester United could be punished by UEFA after a plastic beer bottle was thrown at Paris Saint-Germain forward Angel di Maria during a Champions League match at Old Trafford.

UEFA says its disciplinary panel will look at a charge of "throwing of objects" on Feb. 28.

Di Maria, a former United player who was jeered by home fans at Tuesday's game, mimicked drinking from the bottle after he picked it up from the turf.

PSG, which won the match 2-0, also faces a similar charge at the hearing, plus incidents of crowd disturbances and acts of damage.

The French club was fined already this season by UEFA for fan disturbances at a home game against Red Star Belgrade in October.