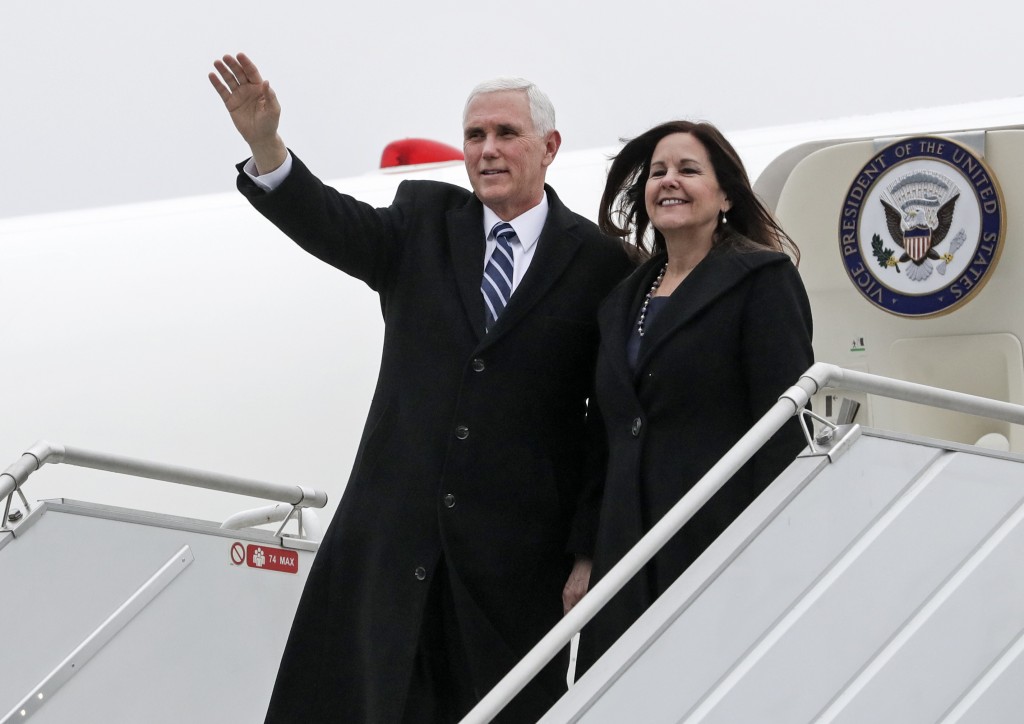 WARSAW, Poland (AP) — The Latest on the international conference on the Middle East (all times local):

U.S. Vice President Mike Pence has arrived in Poland, starting a four-day visit to Europe in which he will take part in international conferences and visit the former Nazi German death camp of Auschwitz.

He landed at Warsaw airport in the early afternoon on Wednesday and was to meet in a hanger there with American and Polish troops.

In Warsaw, he will visit historic sites associated with World War II and take part in a conference Thursday on the Middle East. He will visit Auschwitz Friday and will then head to the Munich Security Conference.

His stop in Poland comes as Poland lobbies Washington for a permanent U.S. base on its soil.

The United States and Poland are kicking off an international conference on the Middle East amid uncertainty over its aims and questions about what it will deliver.

Initially it was billed by President Donald Trump's administration as an Iran-focused meeting. The organizers have significantly broadened its scope to include the Israeli-Palestinian conflict, the fight against the Islamic State group, Syria and Yemen. The shift was designed in part to boost participation after some invitees balked at an Iran-centric event when many in Europe are trying to save the 2015 Iran nuclear deal after last year's U.S. withdrawal.

Yet the agenda for the discussions contains no hint of any concrete action that might result. Many of the roughly 60 countries participating will be represented at levels lower than foreign minister.