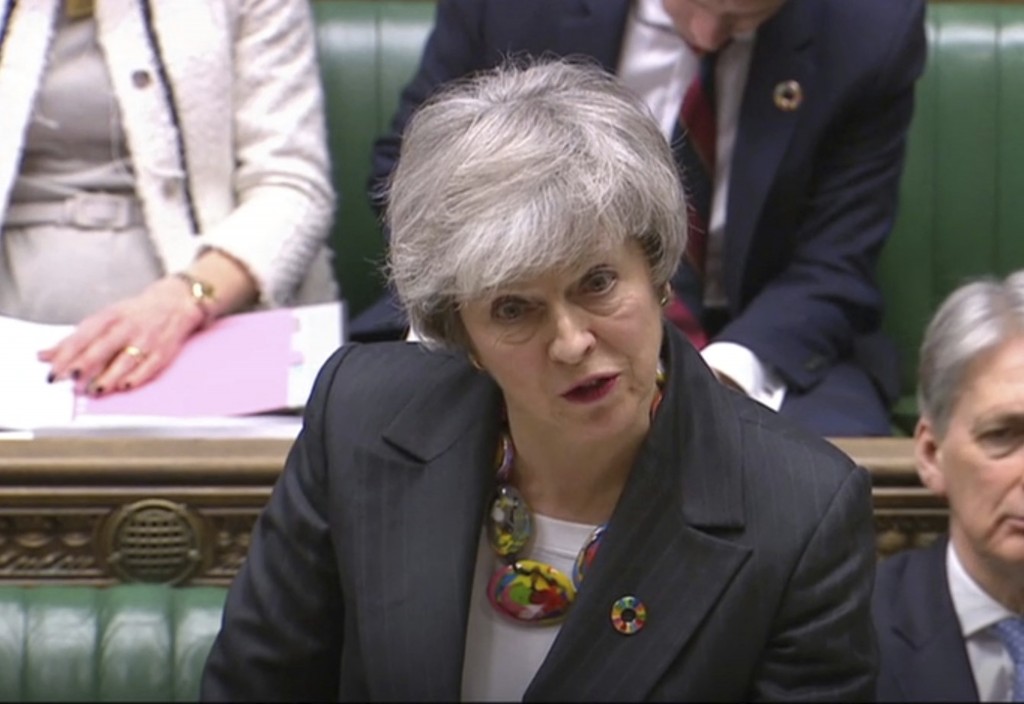 LONDON (AP) — The Latest on Britain's impending departure from the European Union (all times local):

Switzerland's government says it will set a quota on the number of Britons who can come live and work in the rich Alpine country if Britain has a "disorderly" departure from the European Union.

The executive Federal Council on Wednesday set a limit of 3,500 Britons who can live and work in Switzerland in case of a "no deal" Brexit on March 29, putting them among other non-EU citizens who face similar quotas by nationality.

The council based its decision on Swiss economic and regional interests, and constitutional requirements. The quotas would not apply to tens of thousands of Britons already living in Switzerland.

Britons currently face no such limit as they fall under a bilateral Swiss-EU deal on free movement of people.

The move exemplifies bureaucratic hassles that non-EU countries like Switzerland face in adapting to a no-deal Brexit scenario.

The British government is downplaying a report that its chief Brexit negotiator said lawmakers will have to choose between backing Prime Minister Theresa May's unpopular divorce deal and a delay to the U.K.'s exit from the European Union.

An ITV News correspondent says he overheard negotiator Olly Robbins in a Brussels bar saying the government would ask Parliament in late March to back her agreement, rejected by lawmakers last month, or seek an extension to the Brexit deadline.

Brexit Secretary Stephen Barclay said Wednesday the government is not planning a delay, saying "the prime minister has been very clear that we are committed to leaving on March 29."

If no deal is approved by the British and European parliaments before March 29, the U.K. faces a messy sudden Brexit.