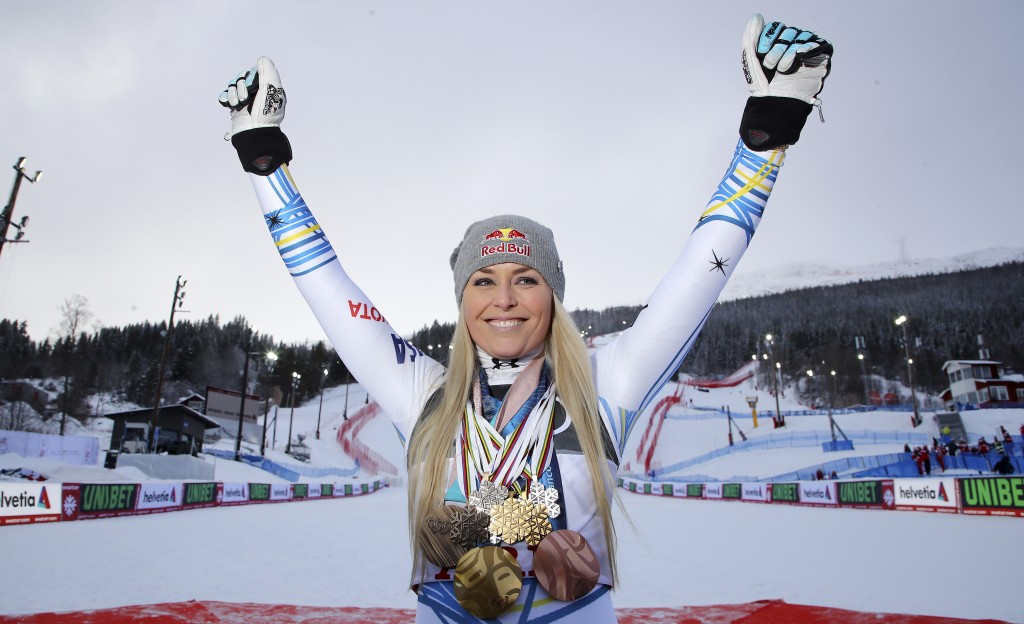 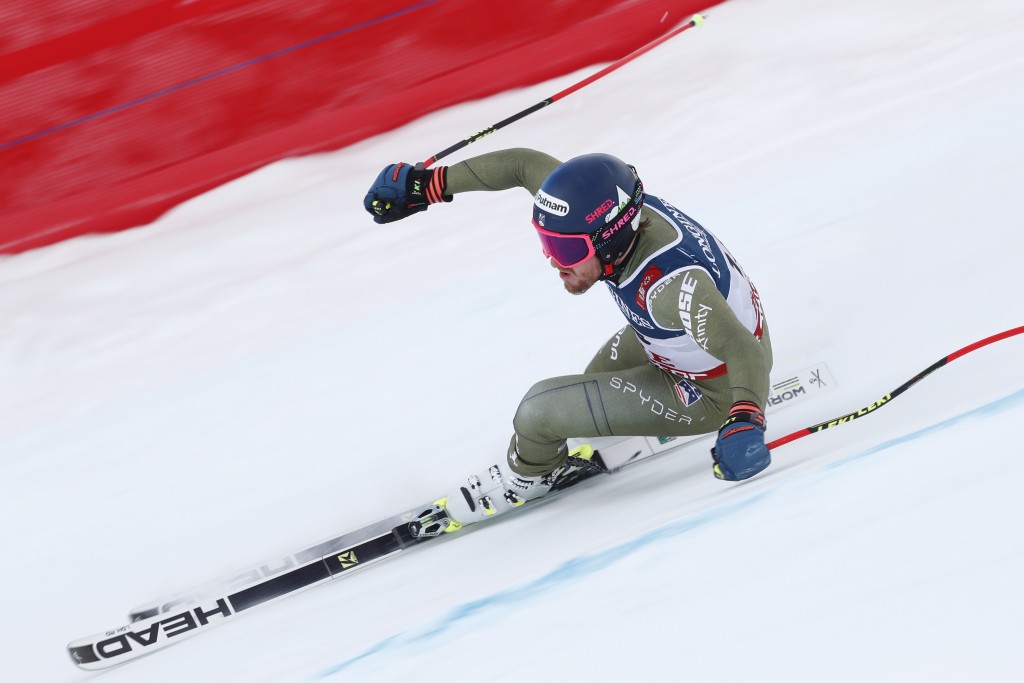 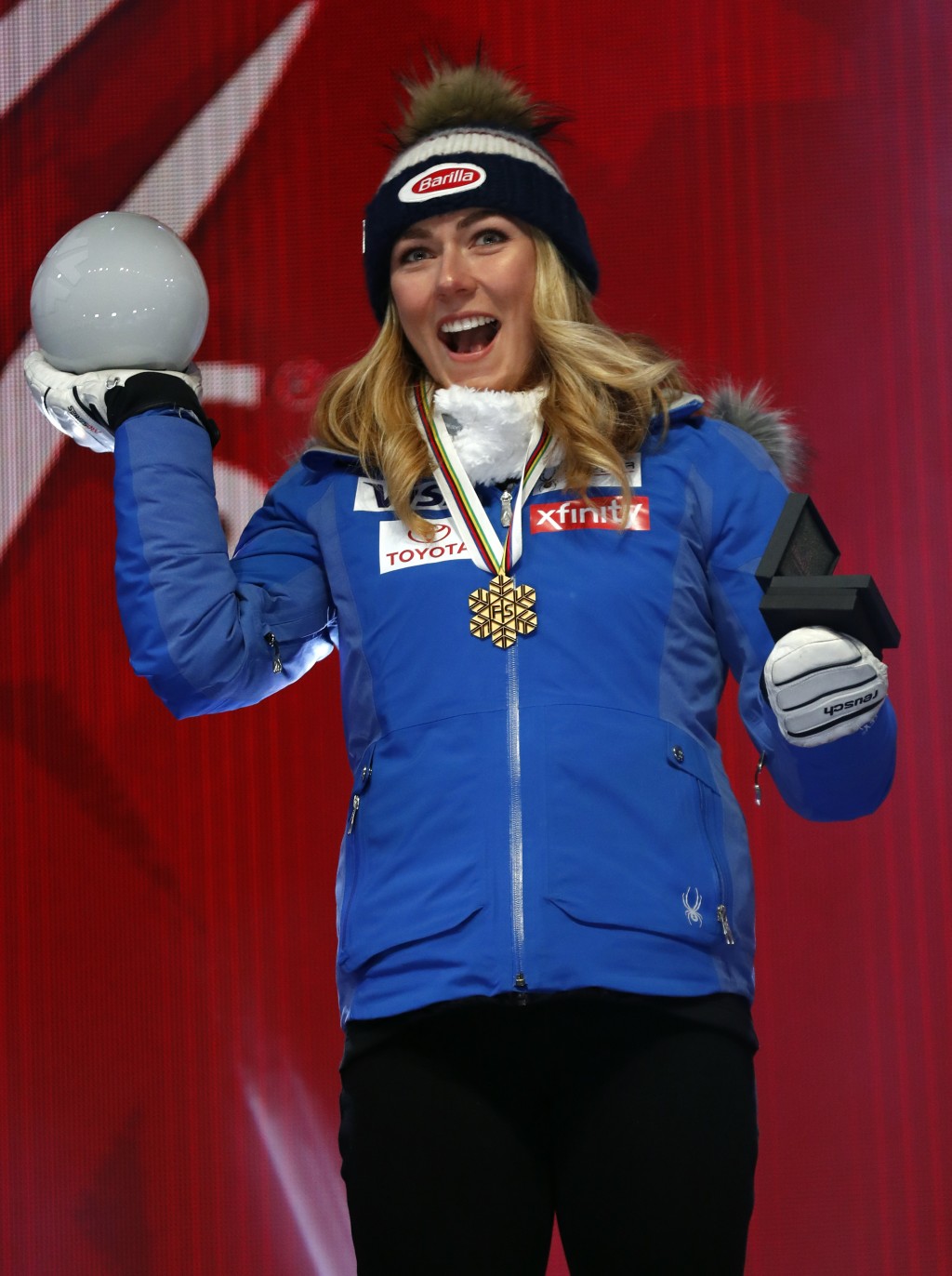 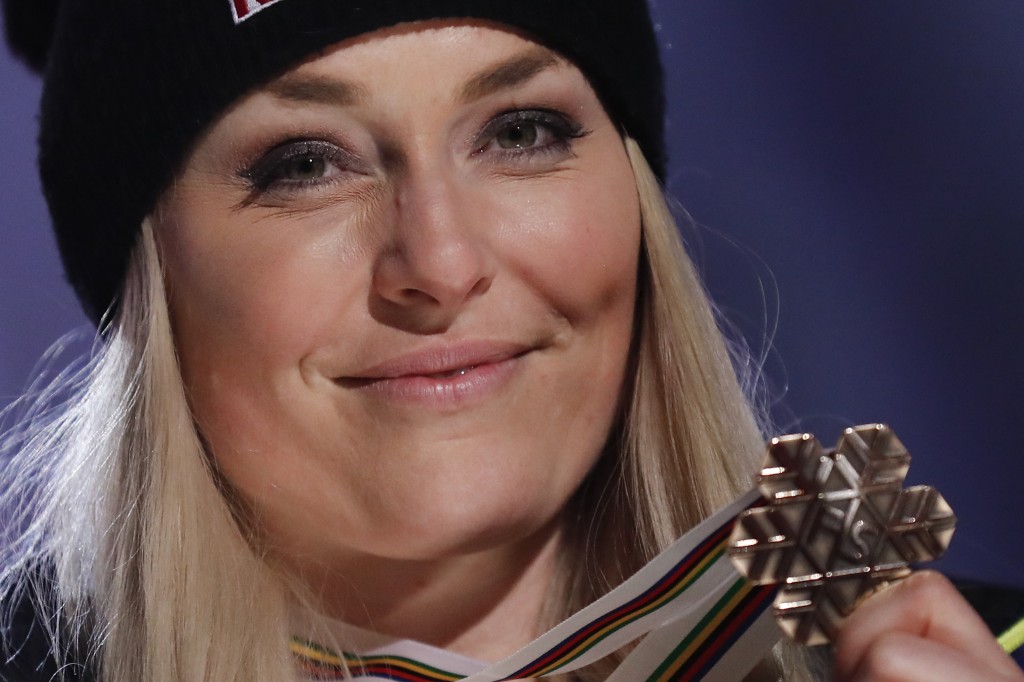 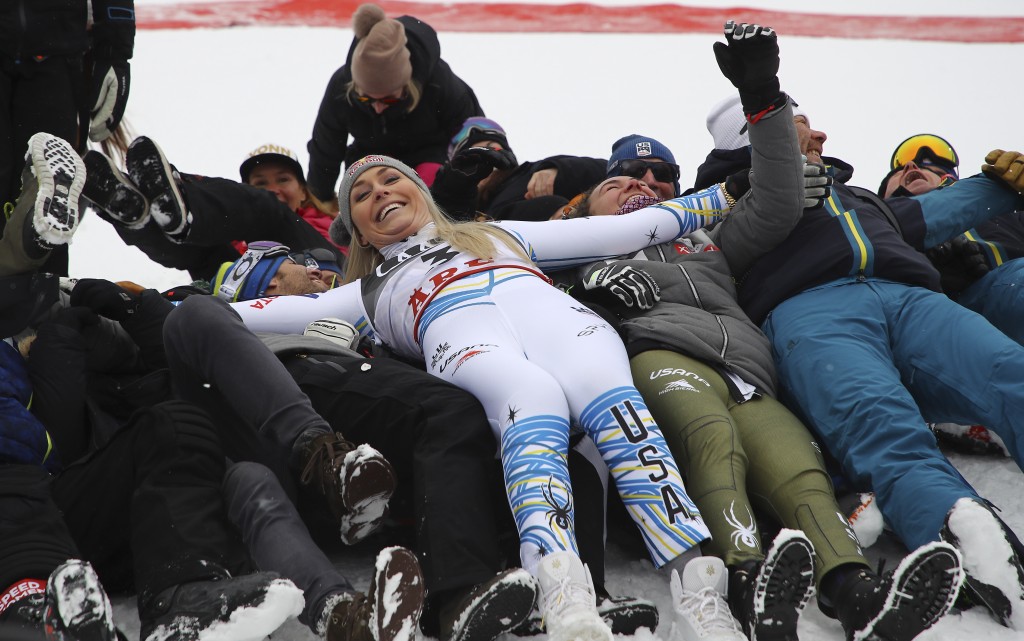 ARE, Sweden (AP) — It was a telling sign that in Lindsey Vonn's last race there was only one other American skier competing.

Two days later, the U.S. couldn't even enter a squad for the team event at the world championships because it didn't have enough skiers available.

And as for the men's slalom team, the one that produced the likes of Bode Miller and Ted Ligety? Well, that's been practically eliminated.

"We are dwindling," Vonn said. "I can't remember a time being on the U.S. Ski Team that there weren't two or three people that could have taken the four spots (in each race). We always had a full quota."

With Vonn's retirement following that of Miller and Julia Mancuso in recent years, and with Ligety nearing the end of his career, it marks the end of a golden generation for the U.S. team.

Vonn, Miller, Mancuso and Ligety won a combined 40 medals at major championships — 15 at the Olympics and 25 at the worlds — stretching back to 2002.

"We had a solid group of people that were consistently winning or getting on the podium, making world championship and Olympic medals," Vonn said. "And now we're gone."

The only U.S. skier who has won a race this season is Mikaela Shiffrin, who is breaking record after record and is on course for a third straight overall World Cup title.

"That will kind of make us look like we're a top nation but we don't have as much depth behind her as we would like to have," said Tiger Shaw, the president of U.S. Ski and Snowboard. "So that's our mission now."

Three years ago, the U.S. federation undertook a deep-dive, "Moneyball"-type analysis to study all of the world's top ski teams. The idea behind "Project 2026," aimed for a revival by the 2026 Olympics, was to draw a graph depicting what the best skiers were doing when they were at the age of 21, 22 — or younger — and to develop team qualifying criteria based on those results.

"Part of that is a message to everyone in the United States, 'Look, to be one of the best in the world, here are the waypoints. You need to be at these levels,'" Shaw said. "So if you get underneath this curve you're on the team automatically. It doesn't mean we don't add people by discretion and make exceptions for injury but we needed to send a message to Americans that it is damn tough to become one of the better racers in the world."

The results so far, though, have been smaller World Cup teams because the criteria to qualify became so demanding.

Veteran slalom specialist Dave Chodounsky left the team after last season when he learned that he would have had to pay his own travel expenses.

"It's sad," Ligety told The Associated Press. "Last year we had Nolan Kasper scoring points and Mark Engel and Dave Chodounsky and AJ Giniss. We have guys that can ski elite slalom, it's just that the criteria changed this year in a way that none of those guys could have the opportunity within the team.

"Even if the criteria didn't change they had an opportunity for skiing within the team but paying. How can Daver, who is the same age as I am, justify that?" added the 34-year-old Ligety, who plans to ski for at least one more season. "Trying to start a family and all that stuff. That's a hard reality."

U.S. skiers have struggled with funding issues for years but Shaw says the problem is almost solved, with the cost of competing on the C and D teams down to $8,000 annually and the fee for the development team $10,000.

"The goal is to get it down so the A, B and C teams have no costs at all," Shaw said. "It may take another one or two years but we're in a good place financially now."

The overall travel costs for all of the federation's 186 athletes across all sports — Alpine skiing, freestyle, snowboarding, etc. — is about $5 million annually, according to Shaw. The federation's overall budget is $34-36 million — 30 percent of which is covered by donors.

Bryce Bennett, a 21-year-old downhiller from Squaw Valley, Calif., who has had three top-five World Cup results this season, was supposed to pay $10,000 in travel fees this season but got that covered by a B team fundraiser.

"There's a lot of complaining. But our program is good," Bennett said. "Our American downhiller crew is a good group of guys and a good coaching staff. We get what we need and we make it happen. I'm sure it's not ideal but is it ever going to be ideal? We're not bumming it."

Bennett said the bigger problem is the laser-like focus on the Olympics.

"We're very focused on the medals," he said. "But it's a huge process behind winning those medals. There's a lot of details involved — the equipment, your tactics, your technical ability. Strength and conditioning, mentally. And I think those get overlooked and overshadowed by the medals. You got to focus on the process and spend a lot of time on that process and not on the external result.

"If you're not competitive on the World Cup there's no chance you're going to be competitive at world championships or Olympics," Bennett added. "You can't come in once in a while, do a World Cup and show up at a big event and expect to do well. No chance."

The U.S. has two more rising speed skiers in Jared Goldberg and Ryan Cochran-Siegle, who was second after the downhill portion of the combined at the worlds. The downhill team is captained by 36-year-old Steven Nyman, a three-time World Cup winner, and 30-year-old Travis Ganong, the last U.S. man to win a World Cup race, a downhill in Garmisch-Partenkirchen, Germany, more than two years ago.

When Miller was racing and breaking into the speed events, Daron Rahlves was already winning downhills and they fed off each other's success.

"It's hard to say how much feeding off it was but we definitely had a team that was strong," Miller told the AP. "The confidence goes up. Ski racing has a lot to do with confidence.

"We have had always had talented skiers in the U.S. It's just a matter of if they can find that confidence and get into the mode of winning and that was something that I was kind of the catalyst for," Miller added. "You had to think of going into races to win, not just to try to compete. If you're just going in to compete you end up fifth and 10th and 20th. That's a different mindset."

Alice Merryweather, the 2017 world junior champion, was the only other American in Sunday's downhill besides Vonn. She finished 22nd.

"I think Alice is a very good skier and she has the potential to be on the podium," Vonn said. "I'm hoping that she can punch in there and be the future of our speed team, and hopefully get some other girls in there as well."

The tech teams — beyond Shiffrin — are where the real problems lie. But there has been progress.

Dartmouth student Nina O'Brien, for instance, scored her first World Cup points in both slalom and giant slalom this season, and Paula Moltzan finished in the top 20 four times in slalom.

Then there's 21-year-old River Radamus, who won three gold medals at the 2016 Youth Olympics and two silvers at the junior worlds.

With an eye on the future, longtime men's head coach Sasha Rearick was reappointed to take over the development program at the end of last season.

Still, there's a general feeling that some talent has been lost because of the funding issues in recent years.

"I know from talking to people on the Park City ski team, their goal is not to make the U.S. Ski Team; the goal is to get a college scholarship now," said Ligety, who is from Park City. "So the whole goal system of everybody in the U.S. has changed to, 'I want to be an elite ski racer racing World Cup but my pathway there is through college and get good enough that I'm skipping all these little steps to race World Cup and not having to pay. ... That whole system has killed our talent pool."

So will there ever again be a generation like the one with Vonn, Miller, Mancuso and Ligety?

"You never know. Next year you could have somebody else. I was ranked 300th in the world and then the next year I was top 30," said Ligety, who won his first Olympic gold medal when he was 21. "Guys will pop out in the U.S. that I've never heard of.

"Bode, nobody ever heard of him up until the day he got (11th) place in his first World Cup. Especially on the men's side, there can be some kid that goes through some physical maturity and figures out a couple things in his skiing and all of a sudden he's in there on the World Cup. That happened to both Bode and I."