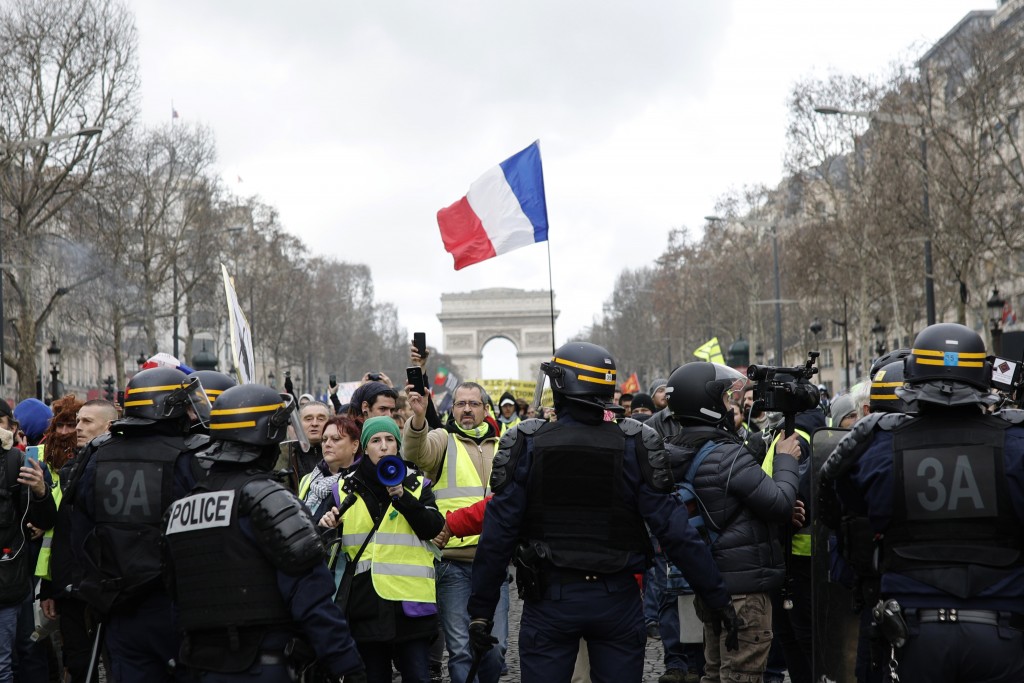 PARIS (AP) — The French government says it has provided 38 million euros ($43 million) in financial aid for workers who have been put on reduced work hours as businesses struggle with anti-government protests.

The ministry says some 72,600 people in 5,000 companies have been put on reduced work hours, for reduced pay, since the yellow vest protest movement started on Nov. 17. Businesses, mostly in the city centers, saw revenue fall by 20 to 40 percent on average in recent weeks due to demonstrations taking place every Saturday.

So far, insurance companies have paid 89 million euros ($100 million) to cover 1,670 cases of reported damage because of violence and looting on the margin of some of the protests.