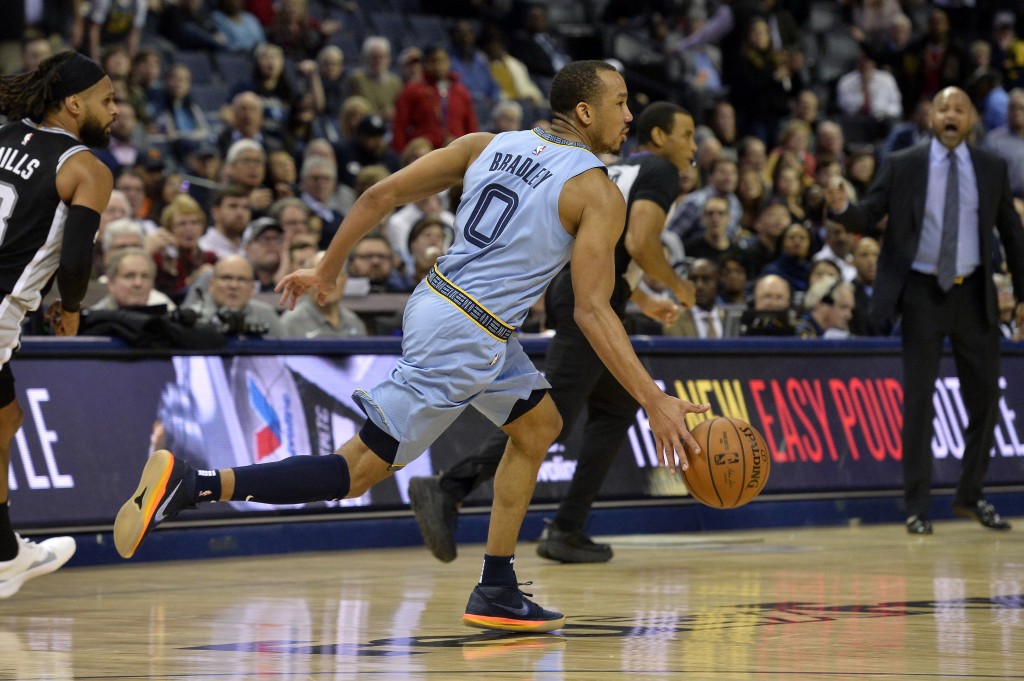 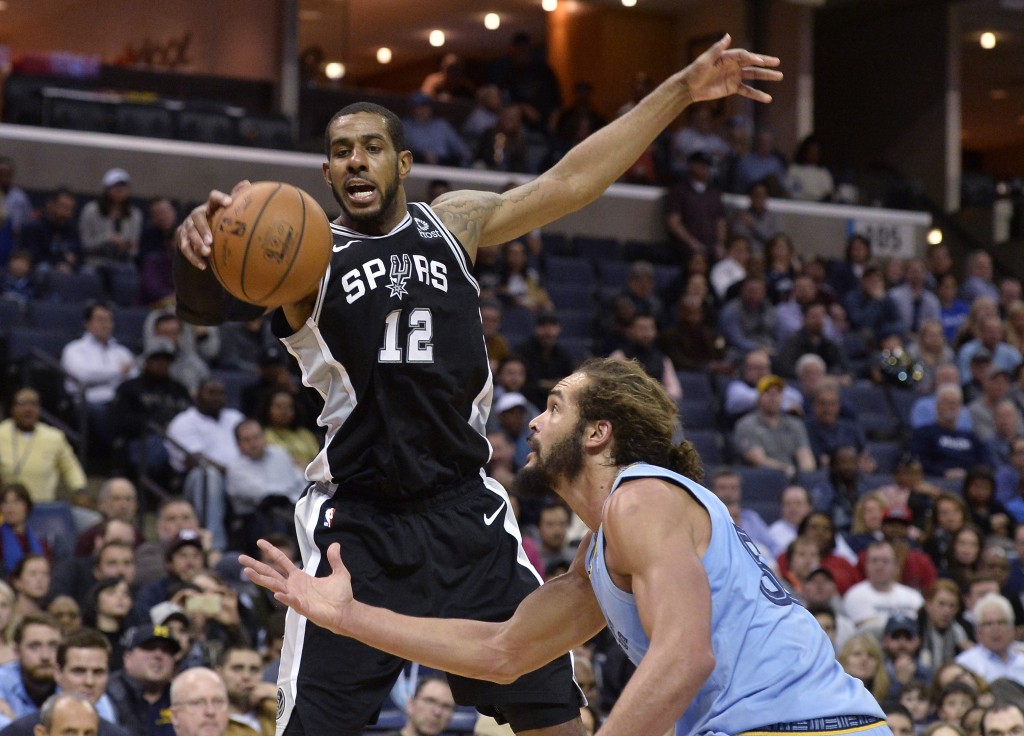 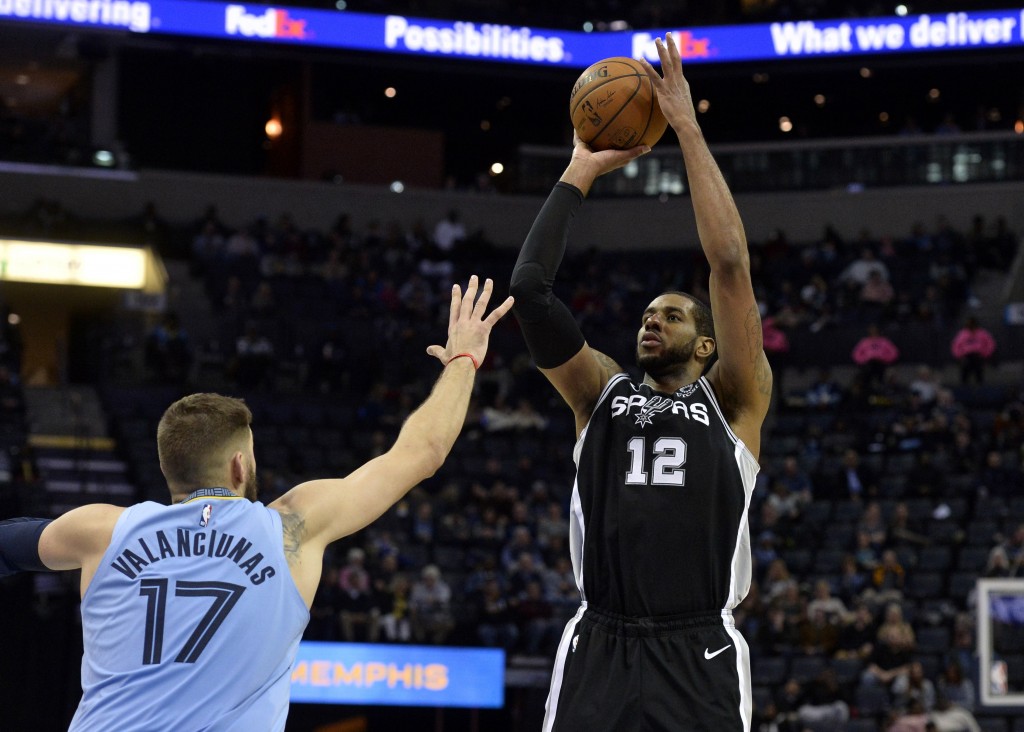 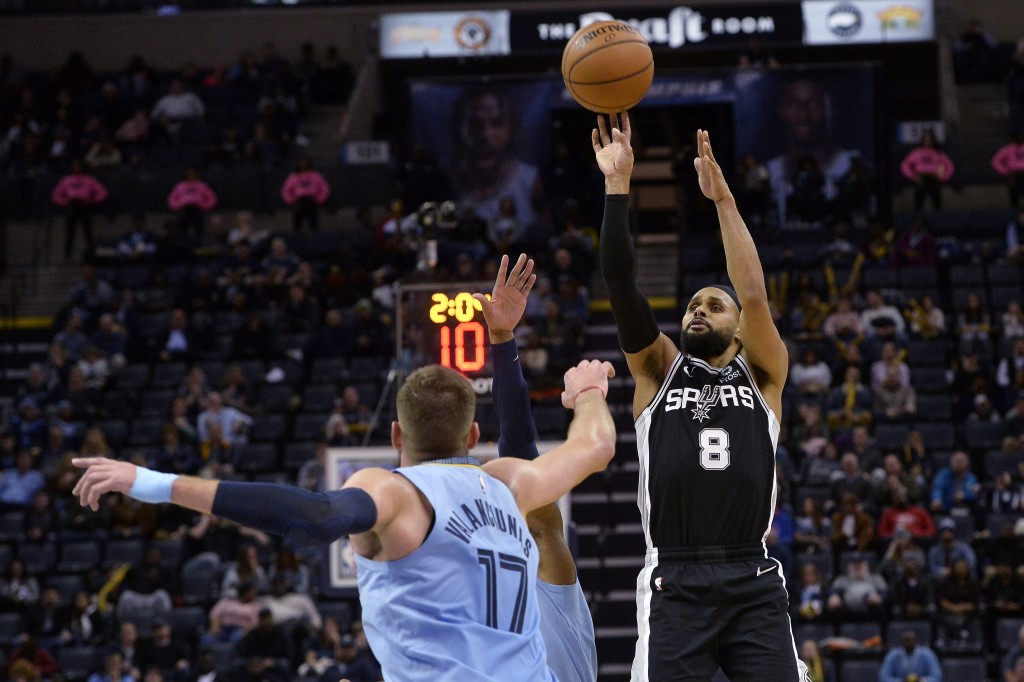 MEMPHIS, Tenn. (AP) — After a night of successful 3-point shooting for the San Antonio Spurs, LaMarcus Aldridge took over inside in the closing minutes.

Aldridge scored 22 points, including San Antonio's final seven, as the Spurs broke a four-game slide with a 108-107 victory over the Memphis Grizzlies on Tuesday night. Aldridge's inside baskets to close the game were contrary to a Spurs offense that benefited from going 13 of 21 from outside the arc on the night, including 13 of 16 through the first three quarters.

"When (teammates) are knocking down shots like that, it gives me space to play one-on-one on the block, and I can get to my moves," Aldridge said.

That is what happened down the stretch. Avery Bradley, who led Memphis, with a career-high 33 points, scored on a 16-footer with just under 4 minutes left for a 102-101 Memphis lead. Aldridge would then score on tip-in, an 8-footer followed by a short hook to put San Antonio ahead to stay.

Memphis rookie Jaren Jackson Jr. had a chance to tie the game with two free throws with a second left. He missed the first, and, in attempting to miss the second, banked it in, giving San Antonio the final possession to run out the clock.

"He helped us be in the position we were in," Memphis coach J.B. Bickerstaff said of his 19-year-old forward. "This is part of his growth. He's a rookie, and it's going to take him some time and some experience. But you have to go through these situations to get better."

The victory was a relief for the Spurs. The annual Rodeo Road Trip had been particularly rough this year, as they lost the first four games by an average of almost 21 points. Part of the problems stem from starting guard Derrick White being out with right heel soreness.

"It is difficult to lose your point guard," Spurs coach Gregg Popovich said. "As you go out on the road on a road trip and you have to reconstitute everything. You can't run things the same way, everybody doesn't know where to go. It makes it just a little bit tough."

Jonas Valancunius -- like Bradley -- a trade deadline acquisition, had 23 points and 10 rebounds in his first game with Memphis. He brought a spark in the first half and finally slowed Aldridge after the Spurs forward muscled inside against a slimmer Memphis defenders.

Spurs: In its second-quarter rally, San Antonio connected on 14 of its first 20 shots in the frame. .Have given up 100 points in last 17 games. The last time they held an opponent under 100 was on Jan. 9 in a 96-86 loss to Memphis. .The 62 percent success from 3-point range marked the fifth time this season, San Antonio shot better than 61 percent from outside the arc.

Grizzlies: Starting G Mike Conley was a late scratch with "an illness." Delon Wright, obtained in last Thursday's traded with the Toronto Raptors, started in Conley's place. . Valanciunas, also part of the trade with Toronto, played his first game after his immigration status was cleared earlier Tuesday. .Bradley's previous career-high was 32 on Nov. 3, 2014 at Dallas when he was with the Celtics.

Spurs: All-Star Break before facing the Raptors in Toronto on Feb. 22.

Grizzlies: Travel to Chicago on Wednesday to play the Bulls.