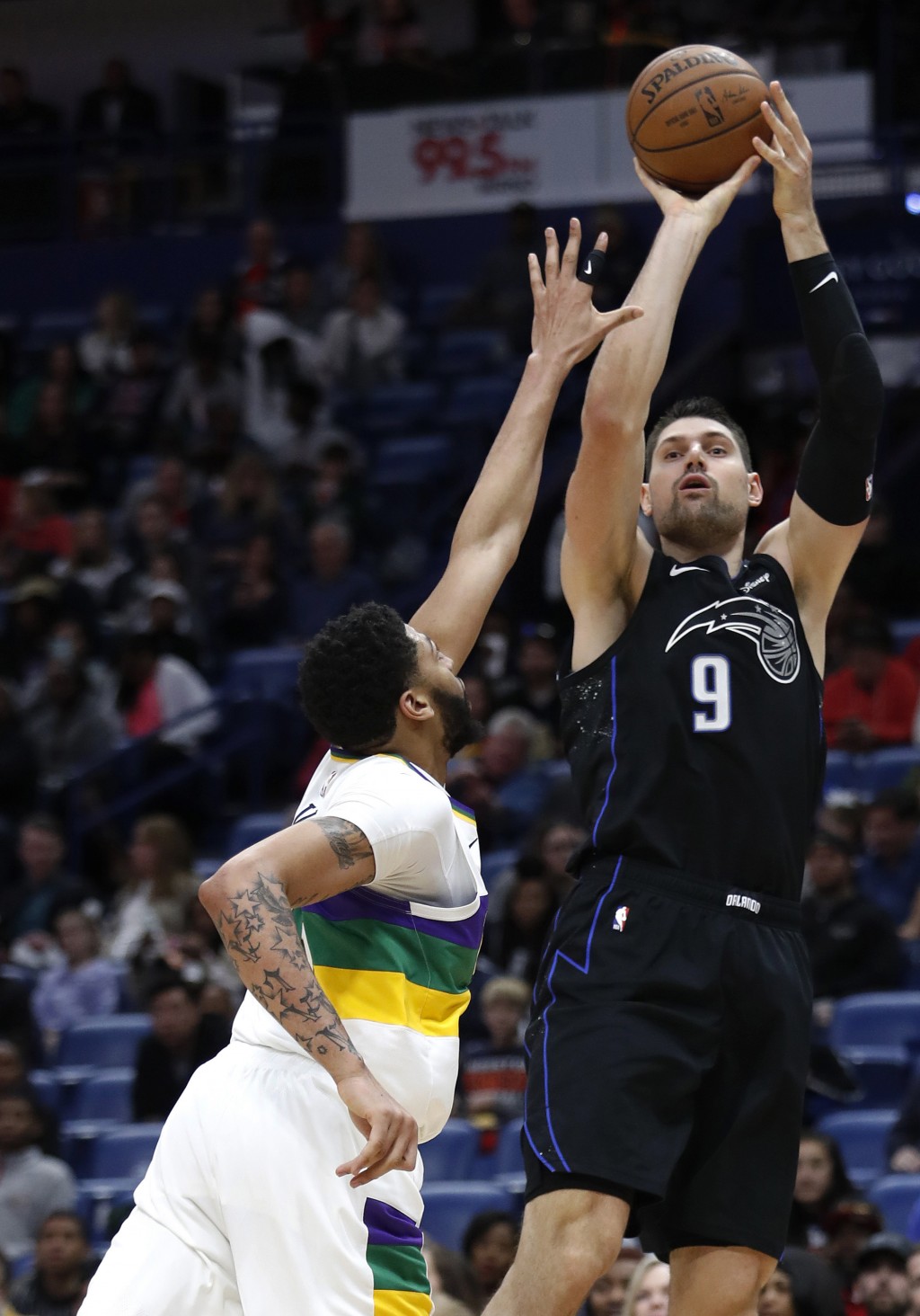 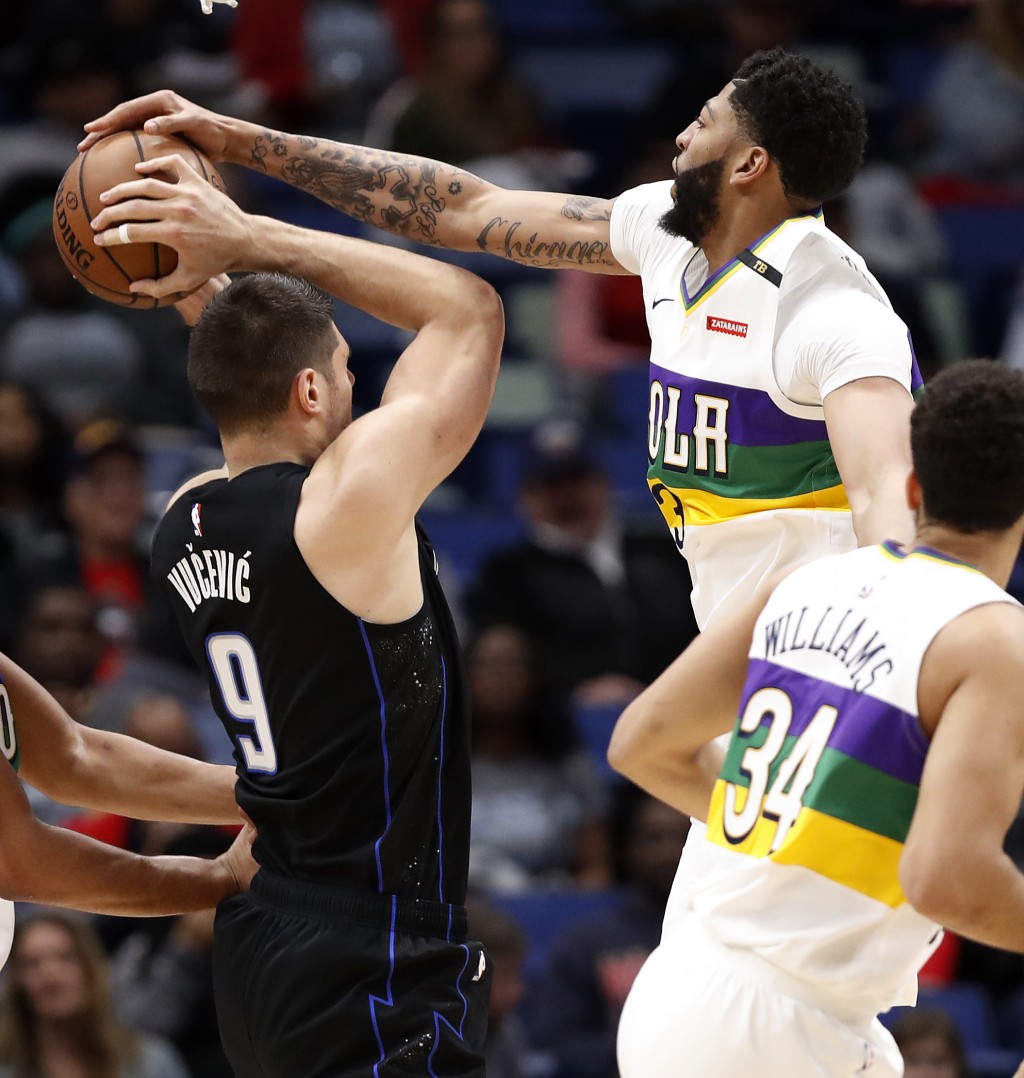 Davis played 24 minutes in his third game since his agent told New Orleans the six-time All-Star wanted to be traded to a championship-contending team and won't sign an extension with the Pelicans.

It was also his third game since returning from an injured left index finger. In his first game back, he had 32 points in a win over Minnesota, but he has averaged 8.5 points over the two games since.

Vucevic had 25 points and 17 rebounds, Evan Fournier scored 22 points, and Jonathan Isaac scored a career-high 20 points, including 16 in the first quarter, when Orlando raced to a 39-11. Aaron Gordon added 20 points for the Magic, who led by as many as 31 points and kept the lead above 20 the rest of the way en route to their fourth straight victory.

The normally up-tempo Pelicans, who came in averaging almost 116 points per game, shot 38.3 percent (36 of 94) en route to their lowest single-game point total this season.

E'Twaun Moore, who has struggled with injuries this season, scored 19 points in his first start since Jan. 22. Jrue Holiday had 16 for the Pelicans, who briefly got as close as 14 in the middle of the second quarter but trailed by 63-46 at the half.

Pelicans: Julius Randle scored 15 points in a little less than 22 minutes off the bench, hitting three of five 3-point attempts. ... New Orleans committed 14 turnovers, leading to 22 Orlando points. ... Kenrich Williams started and played 31 minutes, but had one of his worst games, scoring just two points on 1-of-7 shooting. ... Jahlil Okafor started at center and had eight points in 29 minutes.