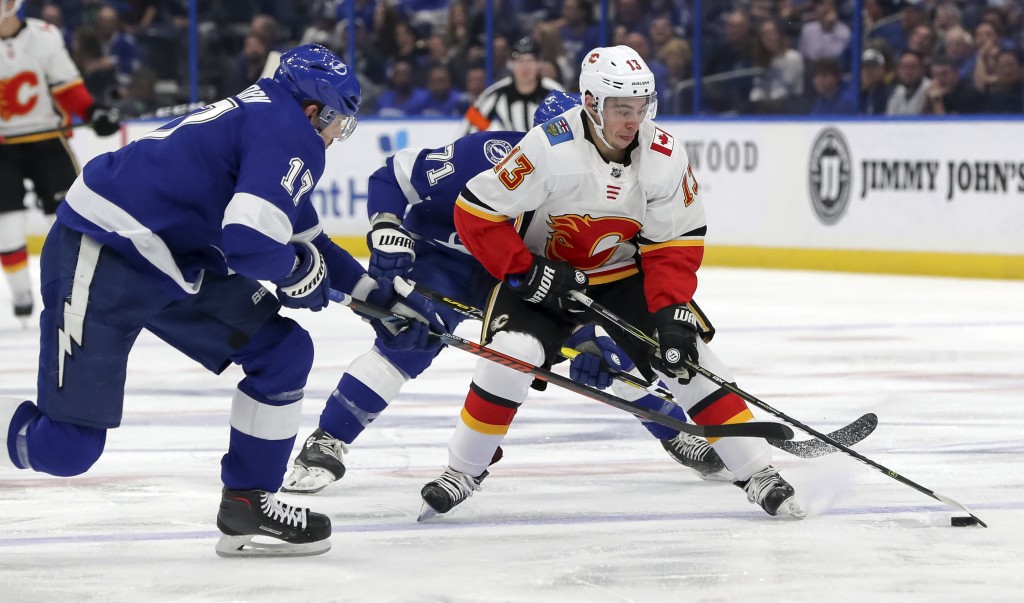 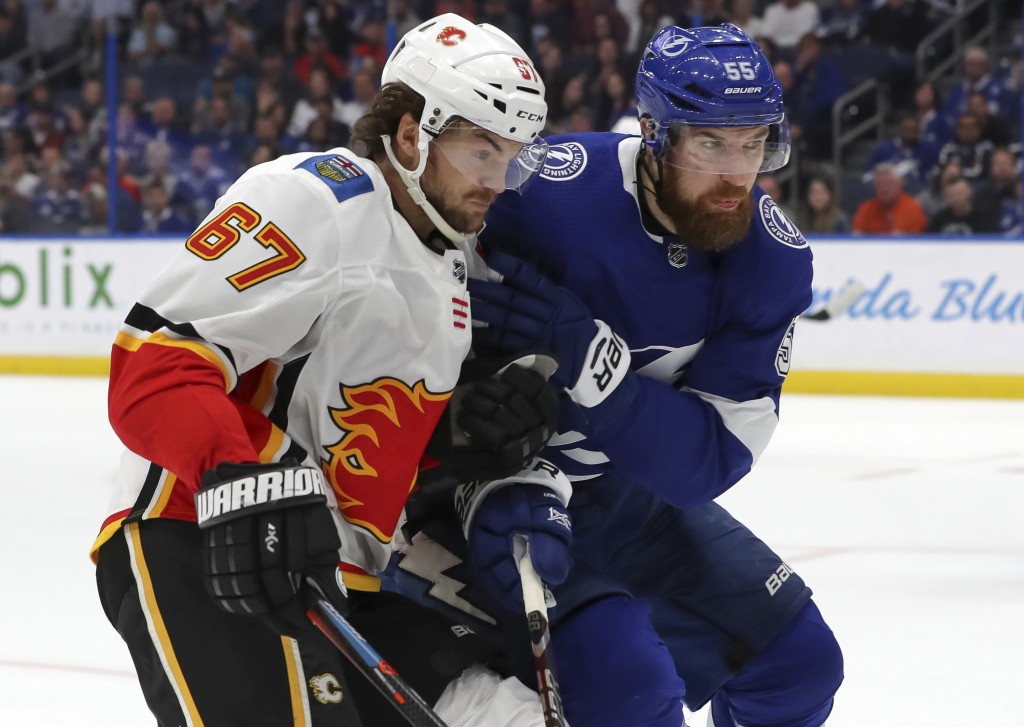 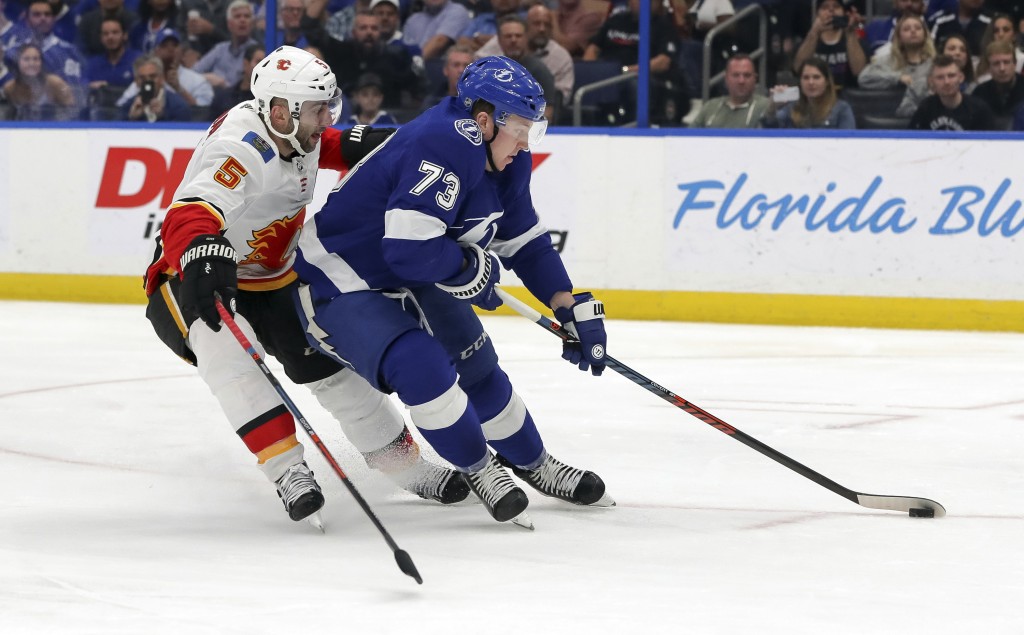 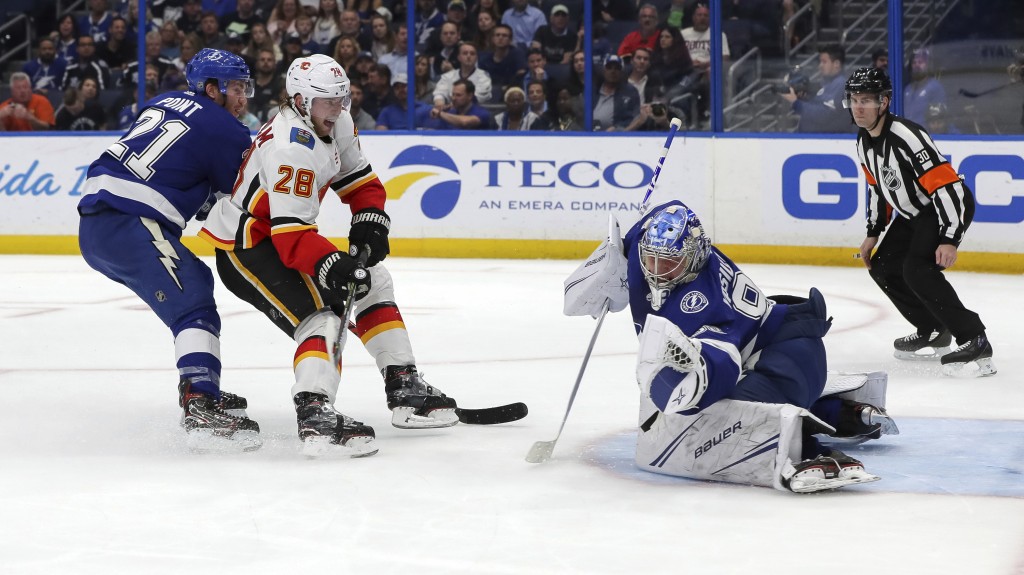 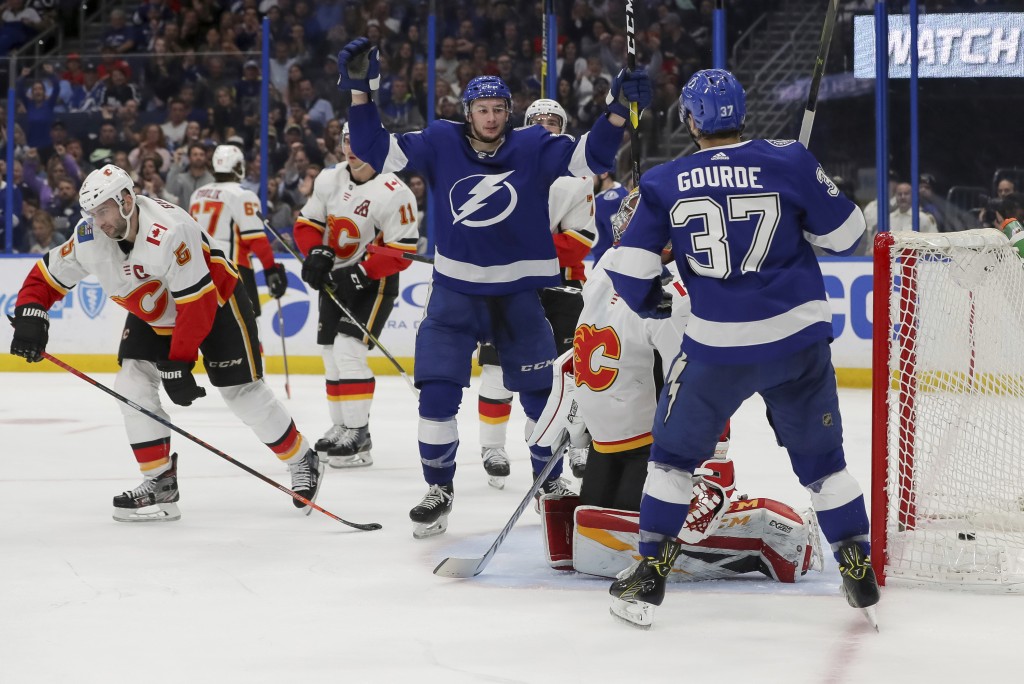 Kucherov has 88 points, including seven over his last two games after going a pair of games without getting on the scoresheet.

Kucherov and Point (72) are the second pair of Tampa Bay teammates to reach 70 points in 57 team games. Martin St. Louis and Vincent Lecavalier did it in 2006-07.

Cedric Paquette, Anthony Cirelli, Yanni Gourde and Steven Stamkos also scored for the NHL-leading Lightning, who are 5-0-2 over the last seven games. Andrei Vasilevskiy made 19 saves.

Calgary, 1-3-1 in its last five games, got two goals from Sean Monahan. Mark Giordano had the other Flames goal, and David Rittich stopped 21 shots.

Monahan didn't have a goal in his previous five games. Teammates Matthew Tkachuk (eight) and Johnny Gaudreau (six) remain in goal droughts. The trio has combined to score 82 goals.

Point scored his career-high 33rd goal to open the scoring 11:54 into the game.

Point's goal came shortly after Vasilevskiy made a save on Elias Lindholm's short-handed breakaway.

Giordano cut the Flames' deficit to 3-1 during a 5-on-3 power play 47 seconds after Kucherov's goal. The 35-year old became the 10th defenseman in NHL history to have 55 or more points at age 35 or older.

Calgary pulled within 3-2 on Monahan's goal at 9:13 of the second, but Tampa Bay responded 57 seconds later when Cirelli scored.

Gourde put Tampa Bay ahead 5-2 later in the second.

Stamkos reached 30 goals for the sixth time during a third-period power play.

Monahan had a power-play goal late in the third.

NOTES: Kucherov has a career-high 62 assists. ... The Lightning sent rookie RW Mathieu Joseph, who has 13 goals, to Syracuse of the AHL to make room on the roster for minor league D Jan Rutta. Rutta was recalled because D Erik Cernak was scratched due to an undisclosed lower-body injury. ... Tkachuk played in his 200th NHL game.

Flames: Play at Florida on Thursday.