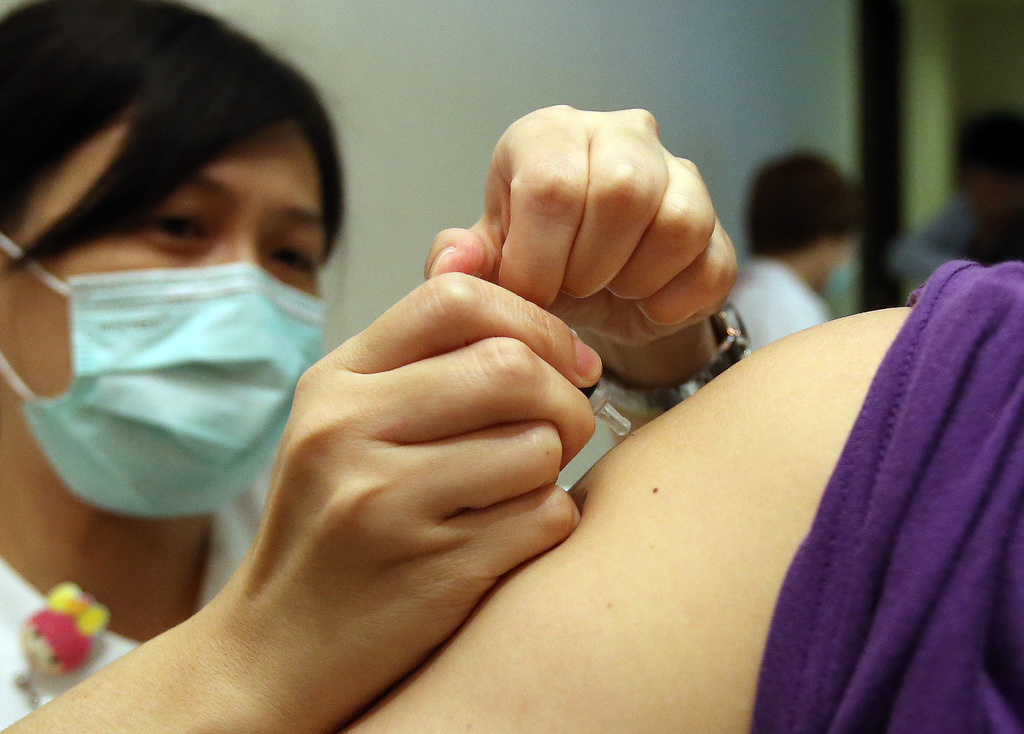 The flu season in Taiwan is still at a peak, with eight flu-related deaths reported last week, the Centers for Disease Control and Prevention (CDC) said Tuesday.

From Feb. 2-11, there were also 69 new cases of patients suffering from severe complications due to the flu, mostly the H1N1 type, the majority of whom were aged over 50, Liu said.

The eight flu deaths reported last week all involved victims aged between 56 and 98 with histories of chronic disease, she added.

CDC physician Lin Yung-ching (林詠青) said the two youngest patients who suffered severe flu were aged two and four, neither of whom had been vaccinated.

The two-year old girl had since been discharged from hospital, while the four-year old boy was still being treated, according to the CDC.

CDC Deputy Director-General Lo Yi-chun (羅一鈞) said he expects the epidemic to ease by the end of February.

Based on CDC data, Lo said the number of flu patients with severe complications since October now totals 475.

In Taiwan, the flu season typically starts in October, escalates around November and peaks by the end of the year or around the Lunar New Year, which typically falls in late January to mid-February, according to the CDC.