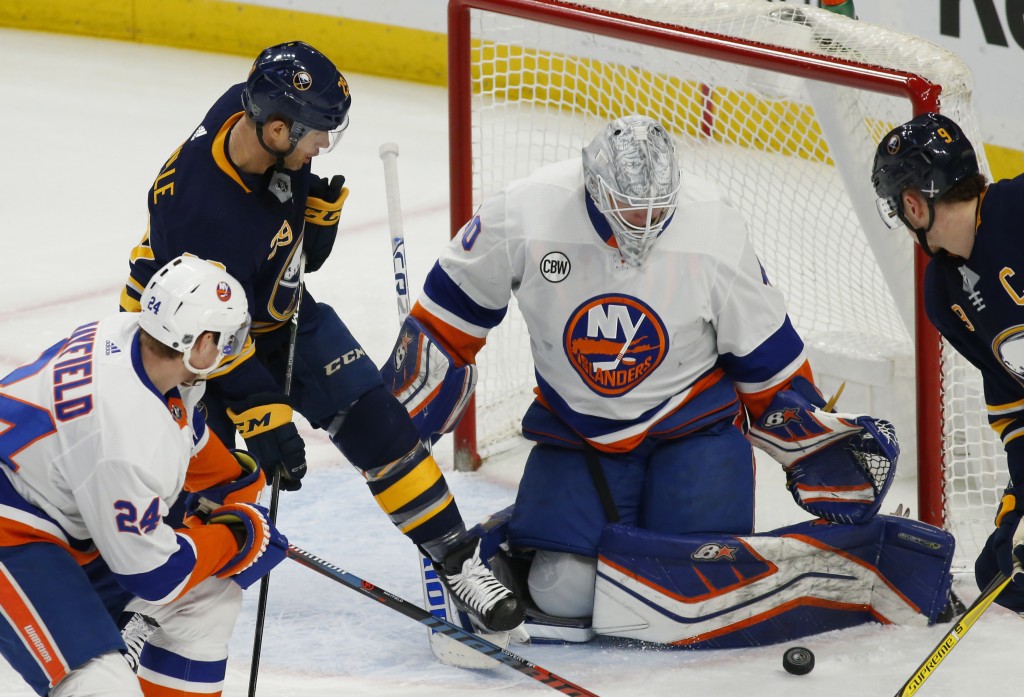 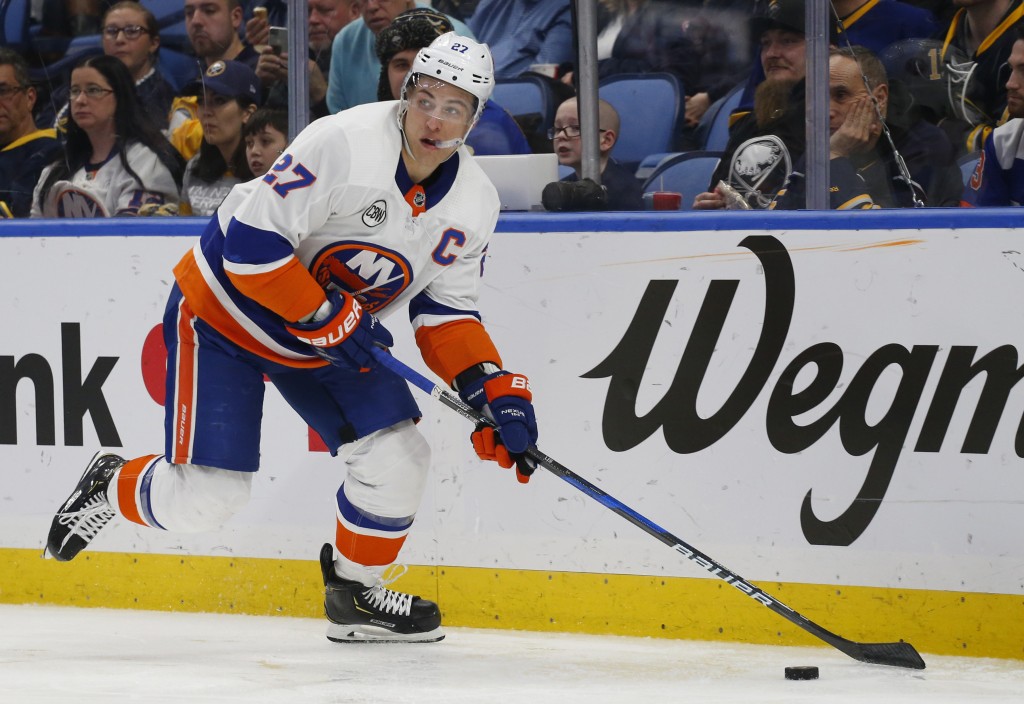 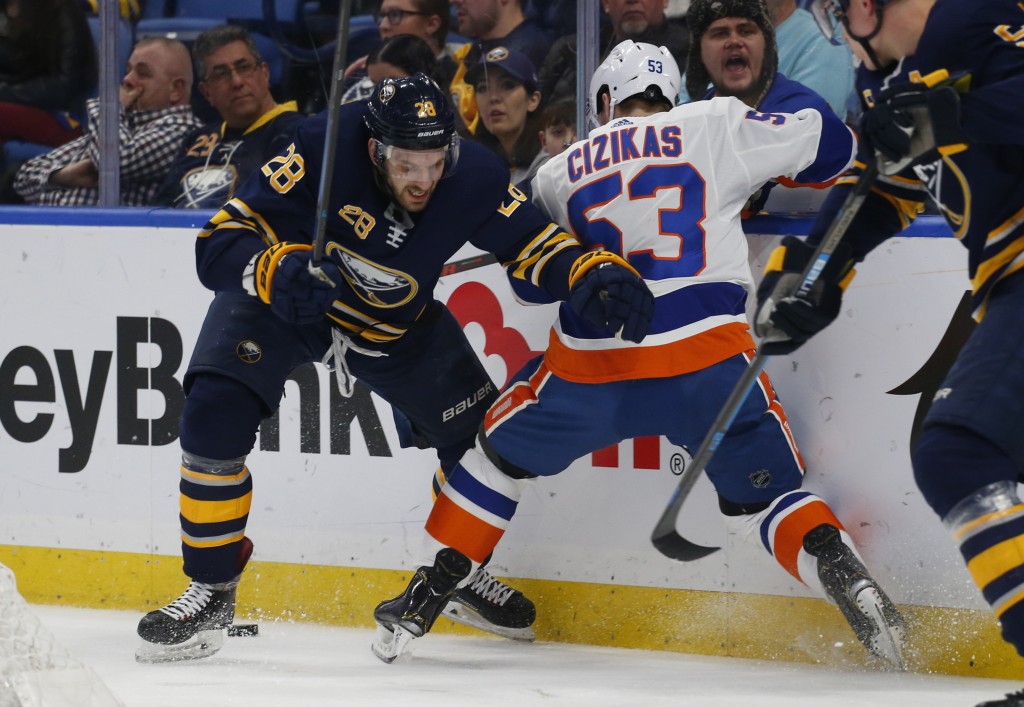 Jason Pominville scored the go-ahead goal 6:49 into the second period by crashing the net and redirecting Eichel's backhand centering pass from the left wing. Jeff Skinner also scored off a faceoff draw won by Eichel, and Linus Ullmark stopped 24 shots to improve to 3-0-1 in his past four starts.

Ullmark preserved the win by making two significant saves in the third period.

First, he did the splits to get his right pad down to stop Mathew Barzal in front, seven minutes into the period. Then with 7:13 left, Ullmark punched out his blocker to foil Cal Clutterbuck's backhander on a breakaway attempt.

Johan Larsson sealed the victory with 2:25 left by sweeping the puck into the net after teammate Kyle Okposo's shot dribbled through goalie Robin Lehner's legs and into the crease.

The Sabres improved to 3-2-1 six games into a seven-game homestand. Overall, Buffalo improved to 28-21-7 and picked up its 63rd point, one more than last season, when the Sabres became the NHL's first franchise to finish 31st following the addition of expansion Vegas.

Casey Cizikas scored for the Islanders, who had a three-game winning streak snapped and lost in regulation for just the second time in 13 games (9-2-2).

Lehner stopped 19 shots in dropping to 13-3-1 in his past 17 starts, and a stretch in which the former Sabres starter has allowed 27 goals.

The Sabres never trailed, but gave up a 1-0 lead with 23 seconds left in the first period, when defenseman Rasmus Ristolainen's turnover in his own zone led to Cizikas snapping in a shot inside the right post from the slot.

Buffalo responded with Pominville's goal. Eichel broke up the left wing and fed a pass into the middle. The puck bounced through defenseman Ryan Pulock and hit Pominville in stride just as he reached the top of the crease.

Islanders: At Columbus on Thursday.