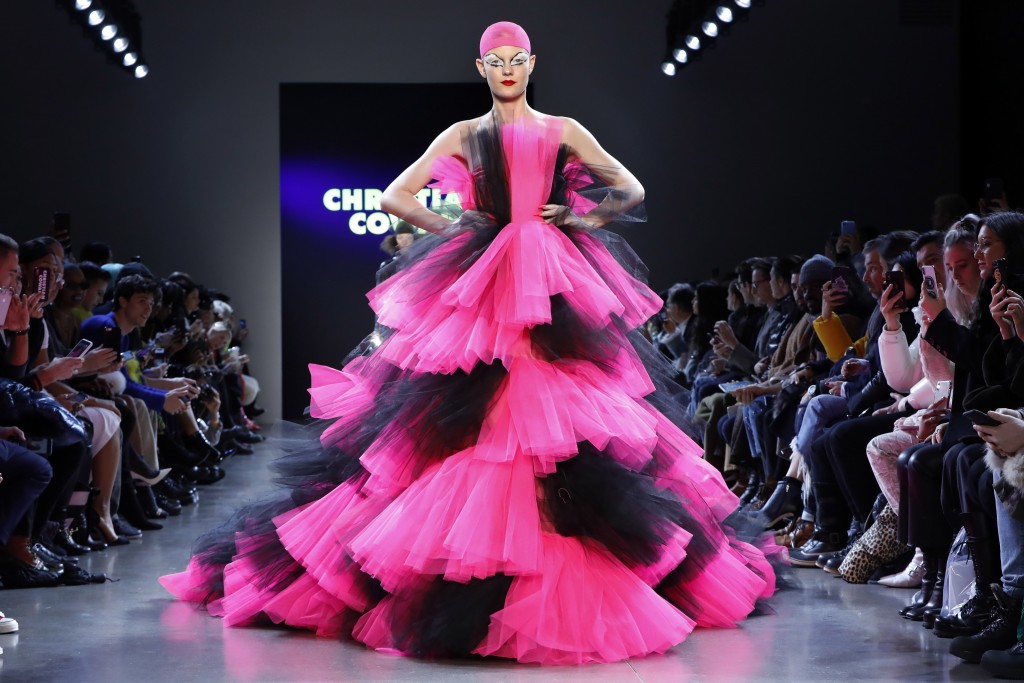 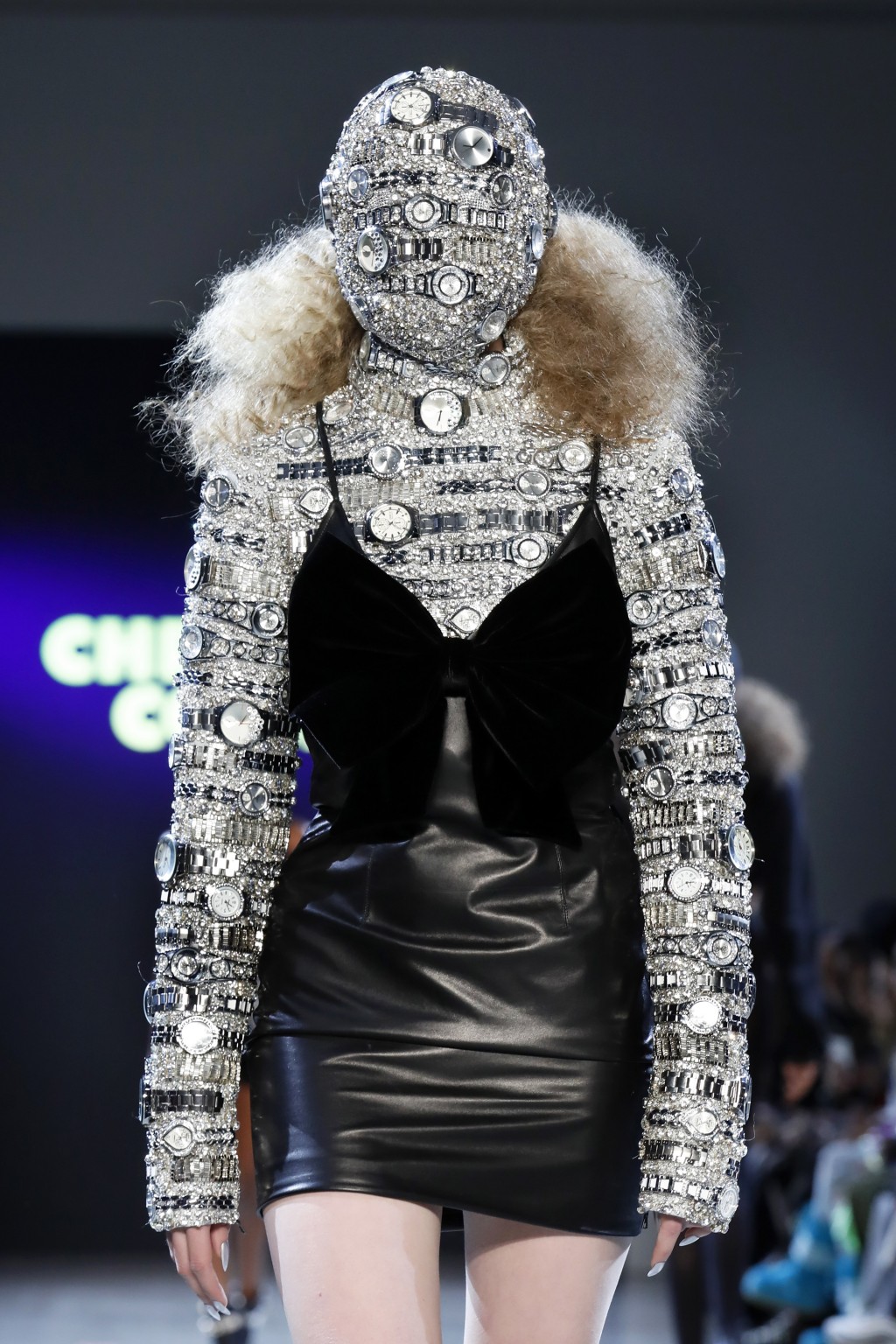 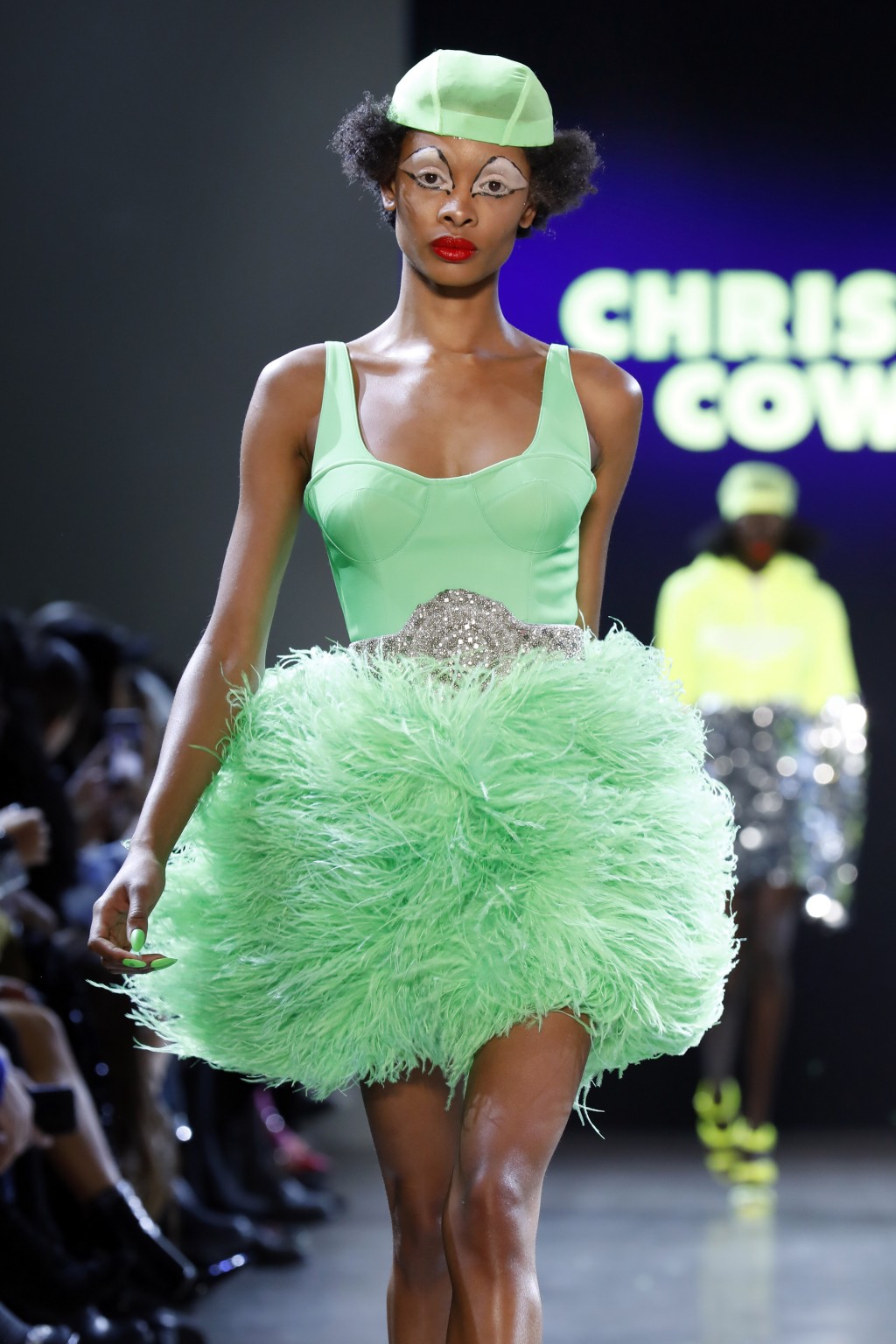 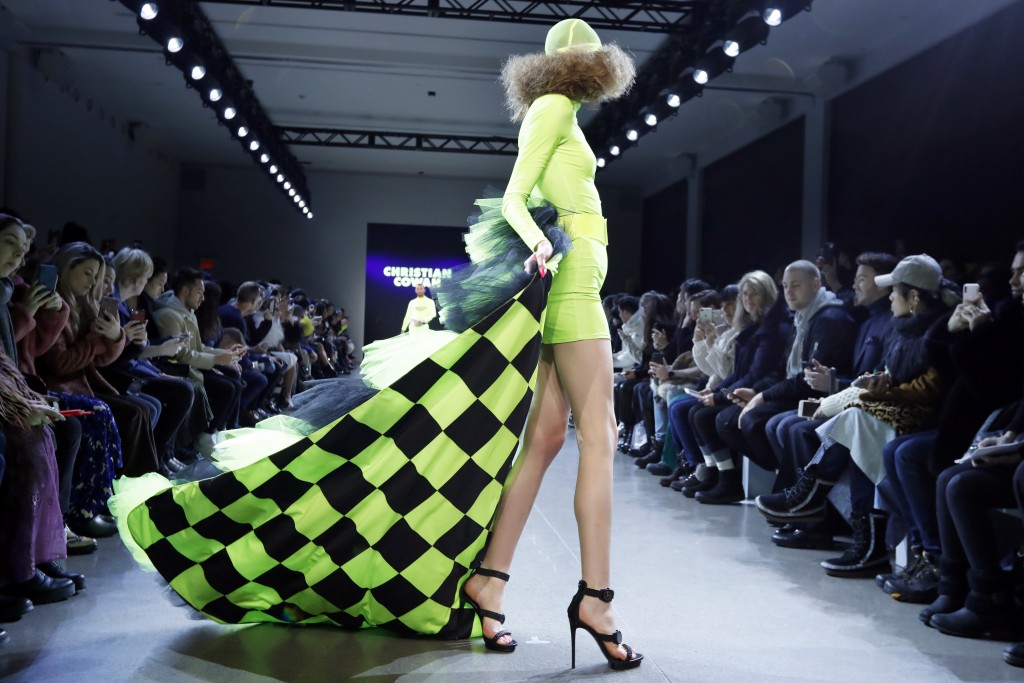 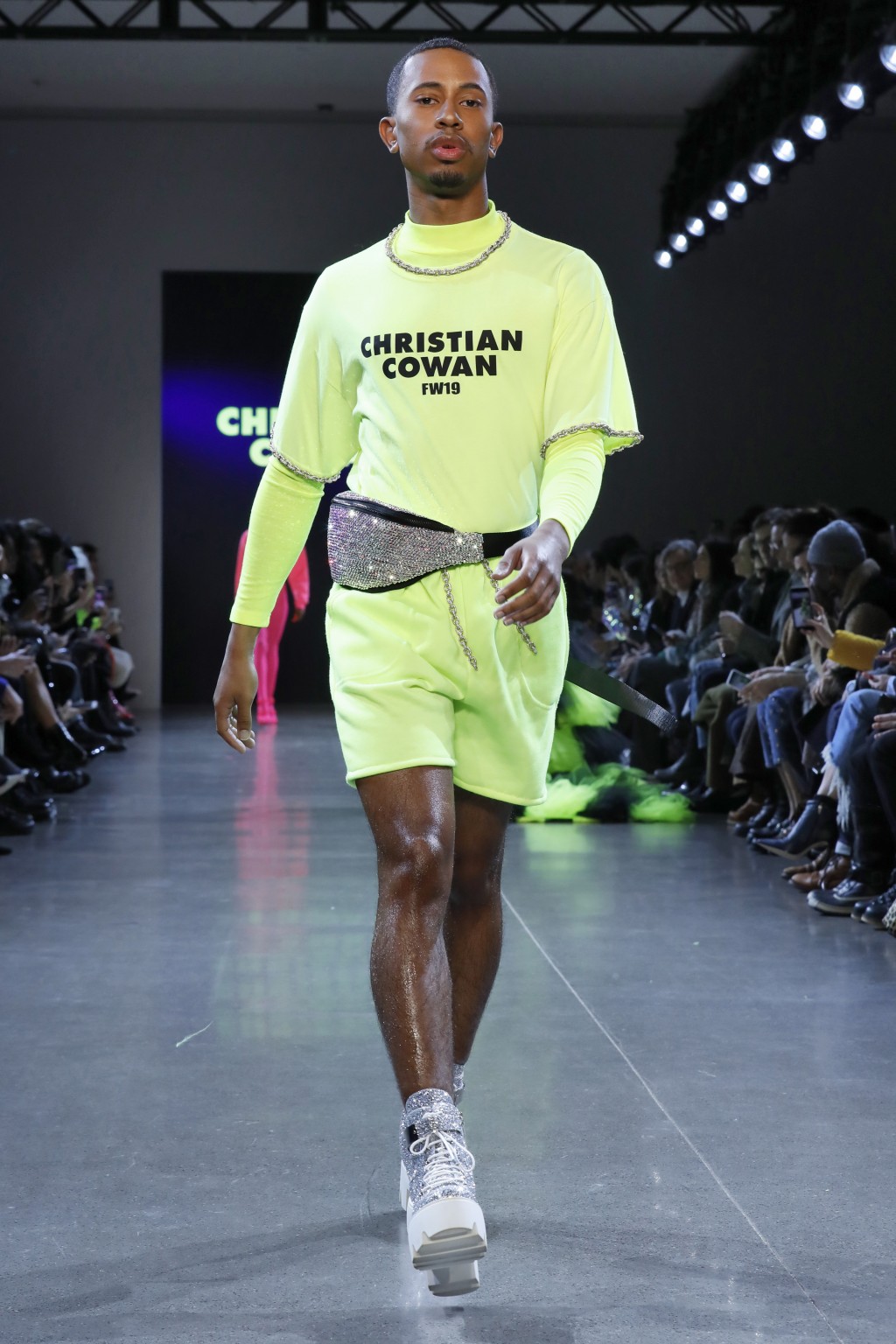 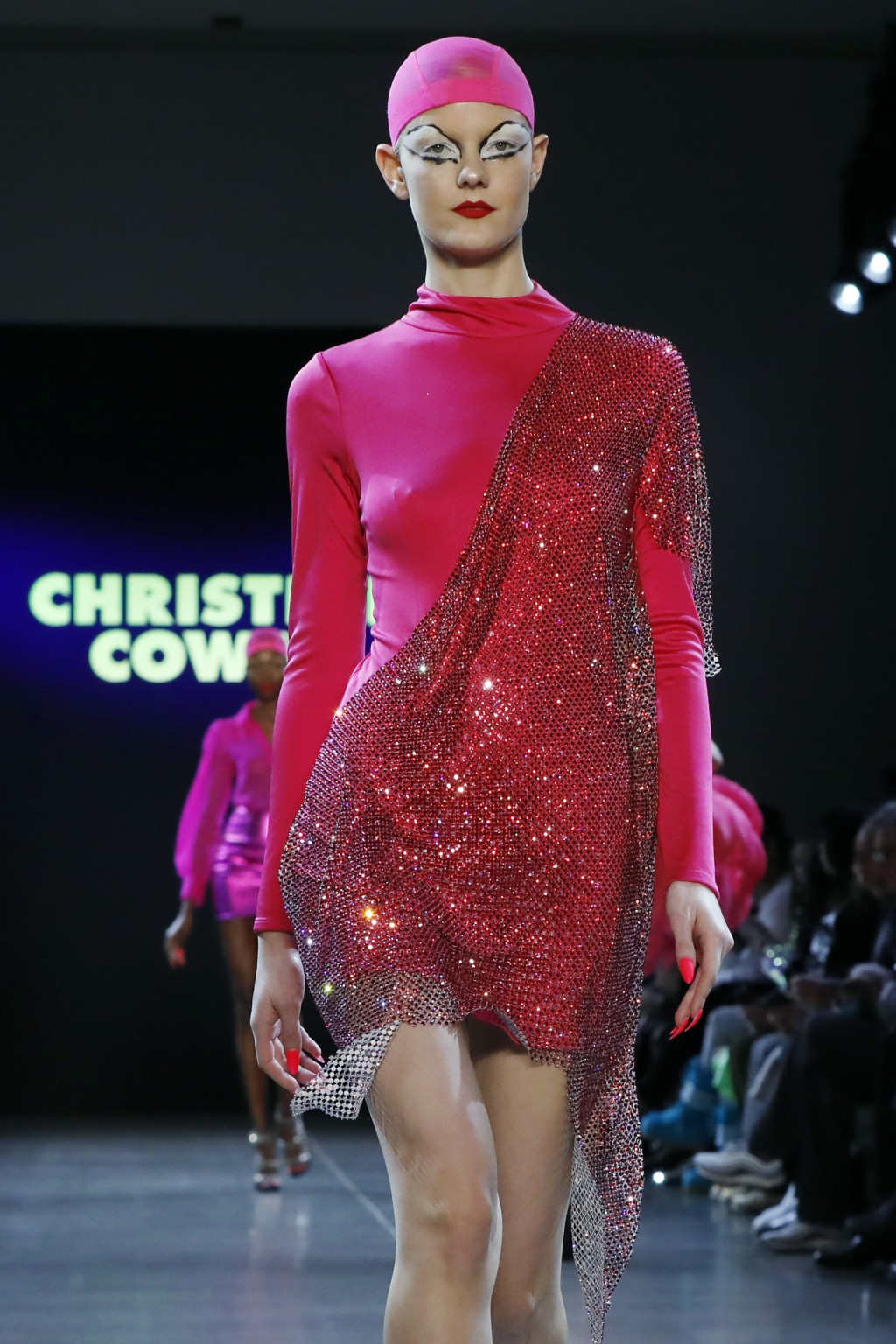 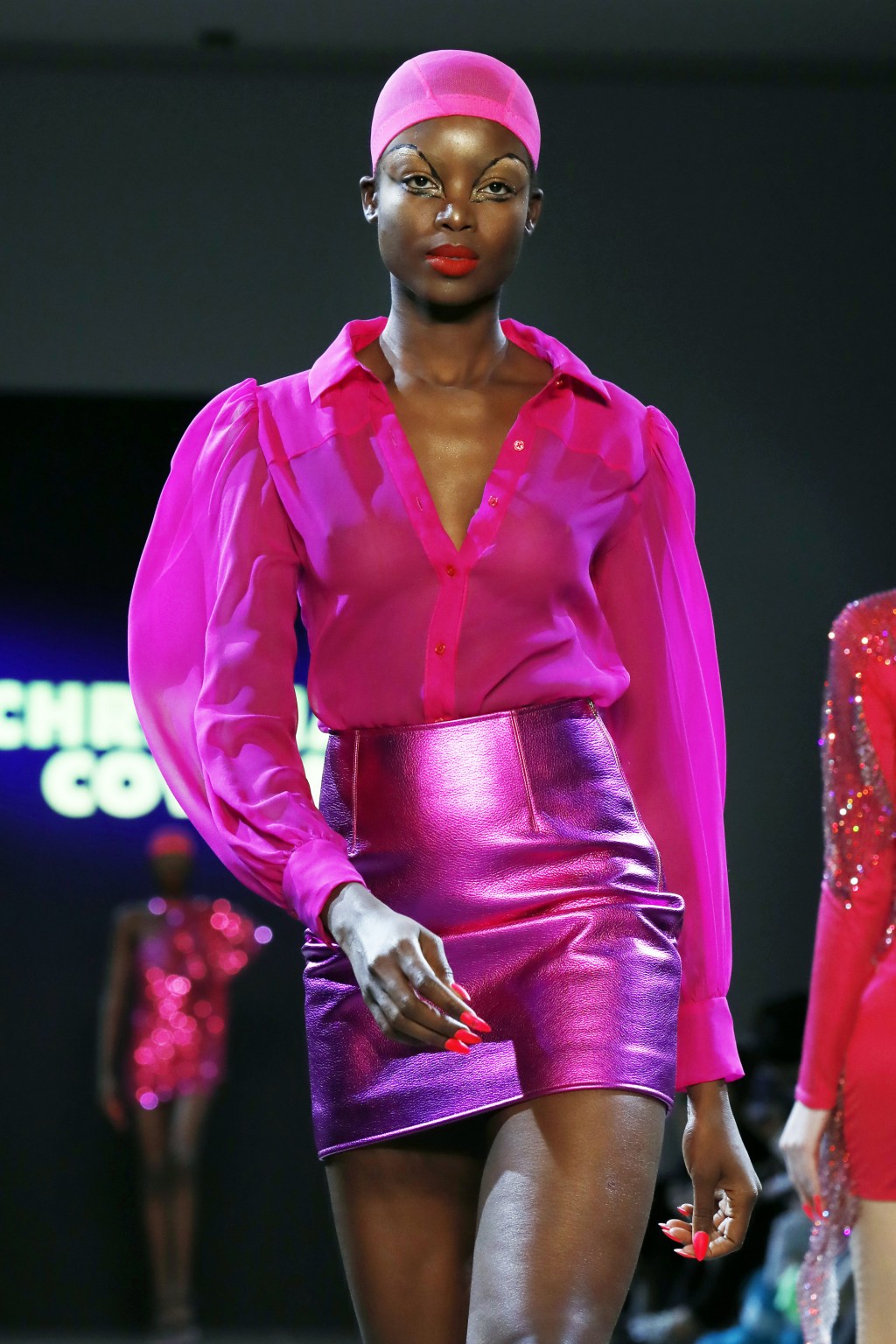 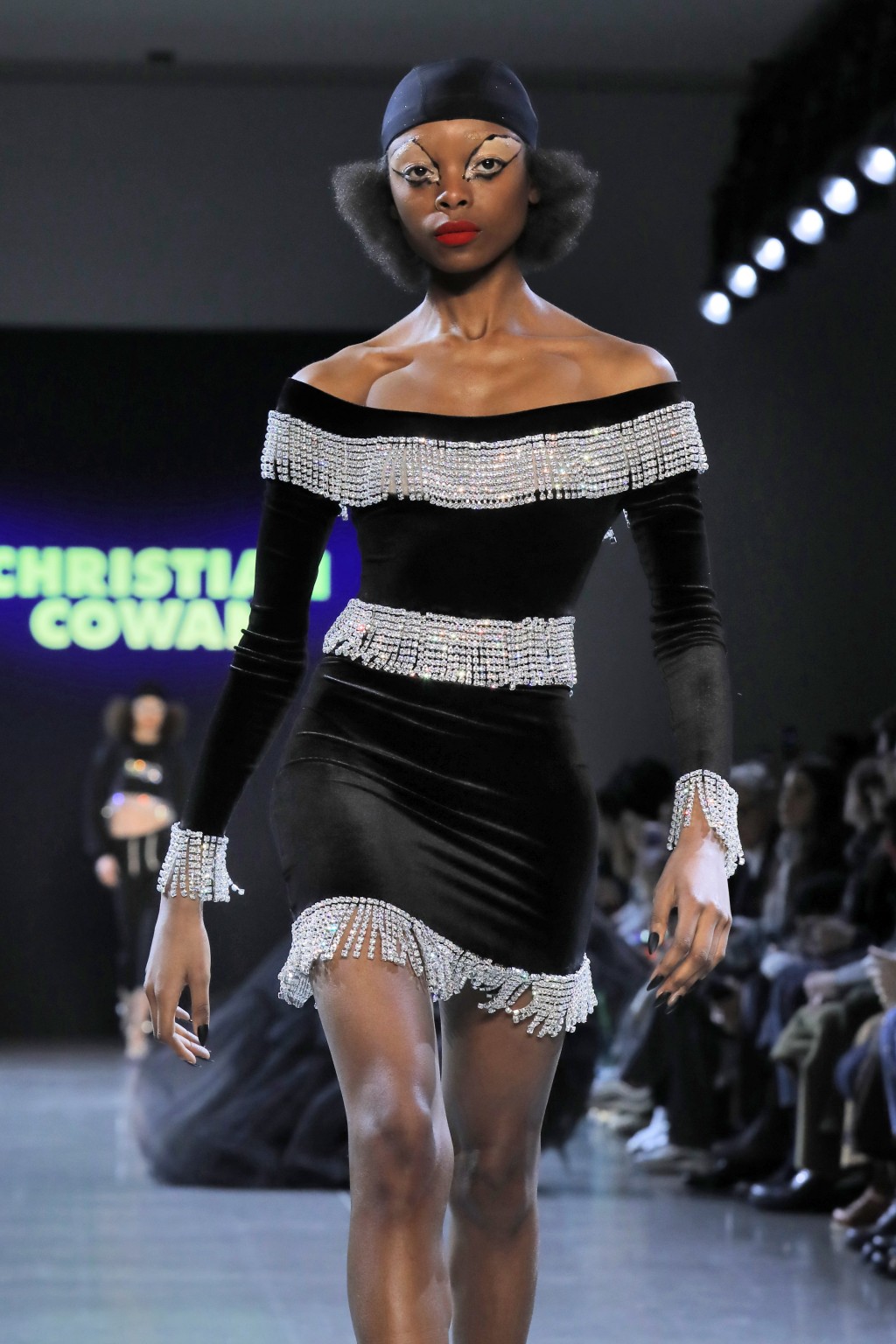 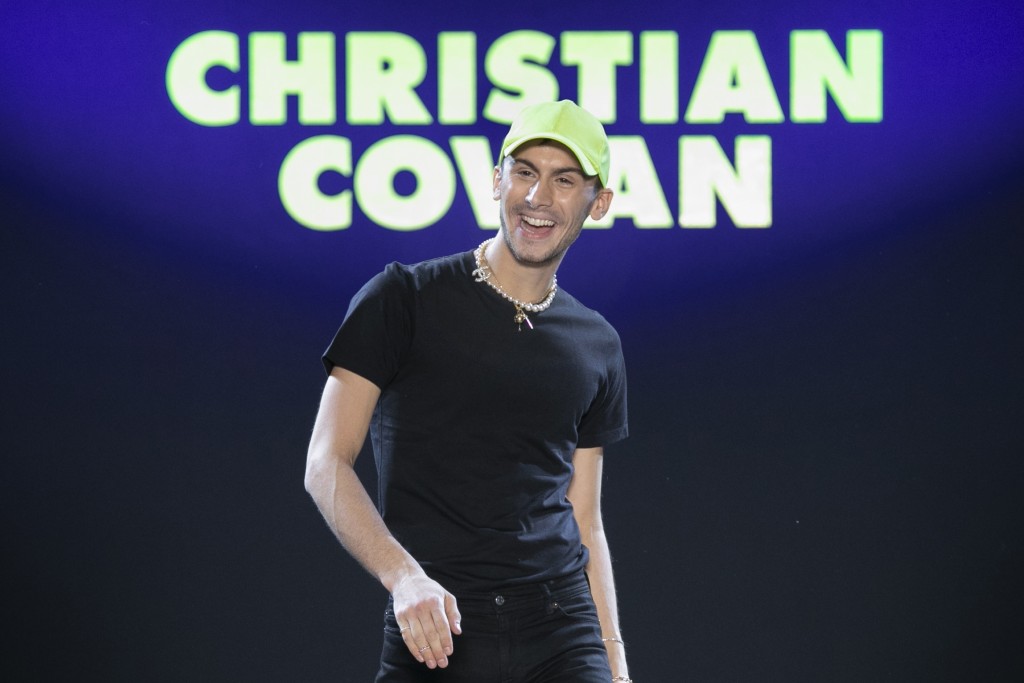 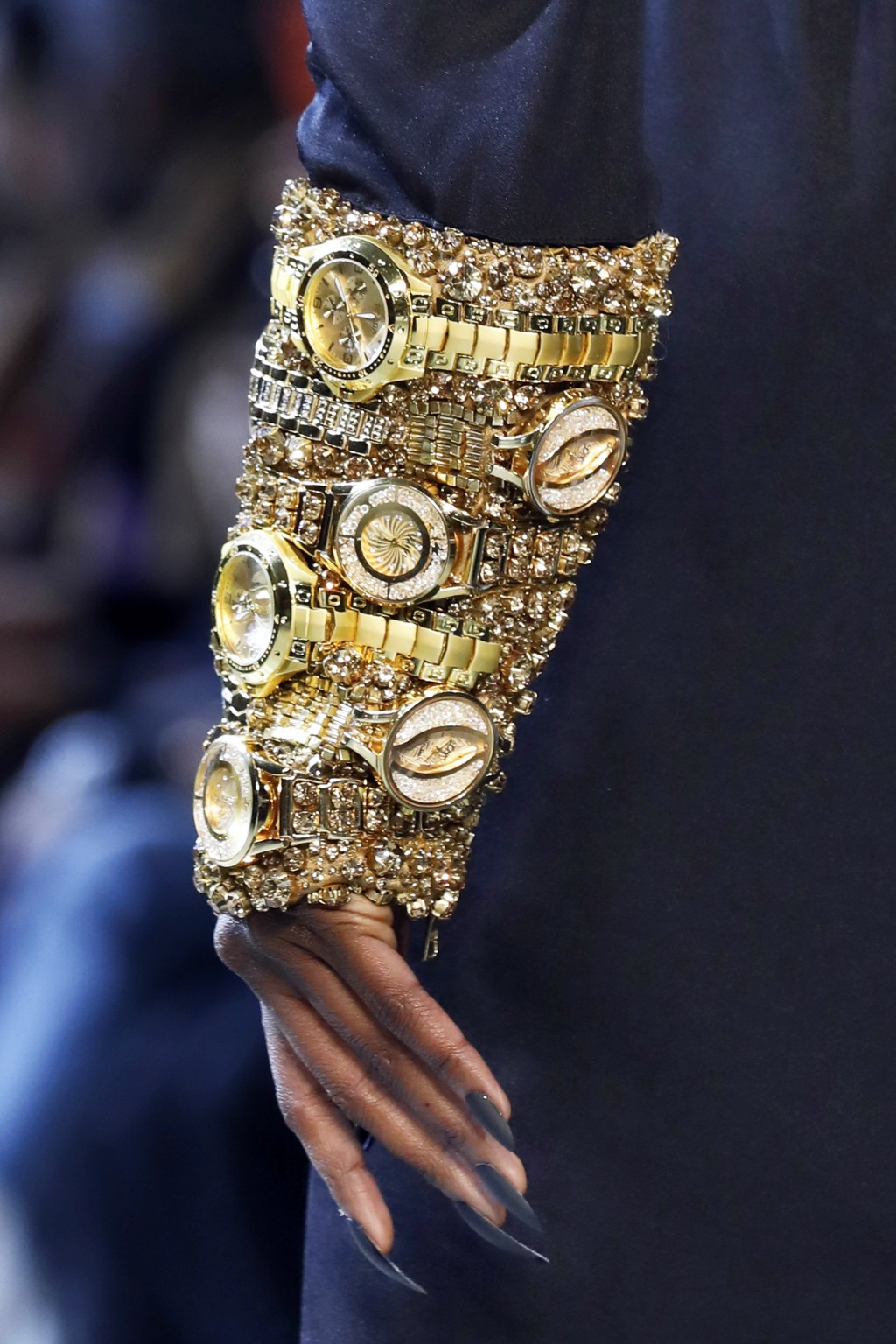 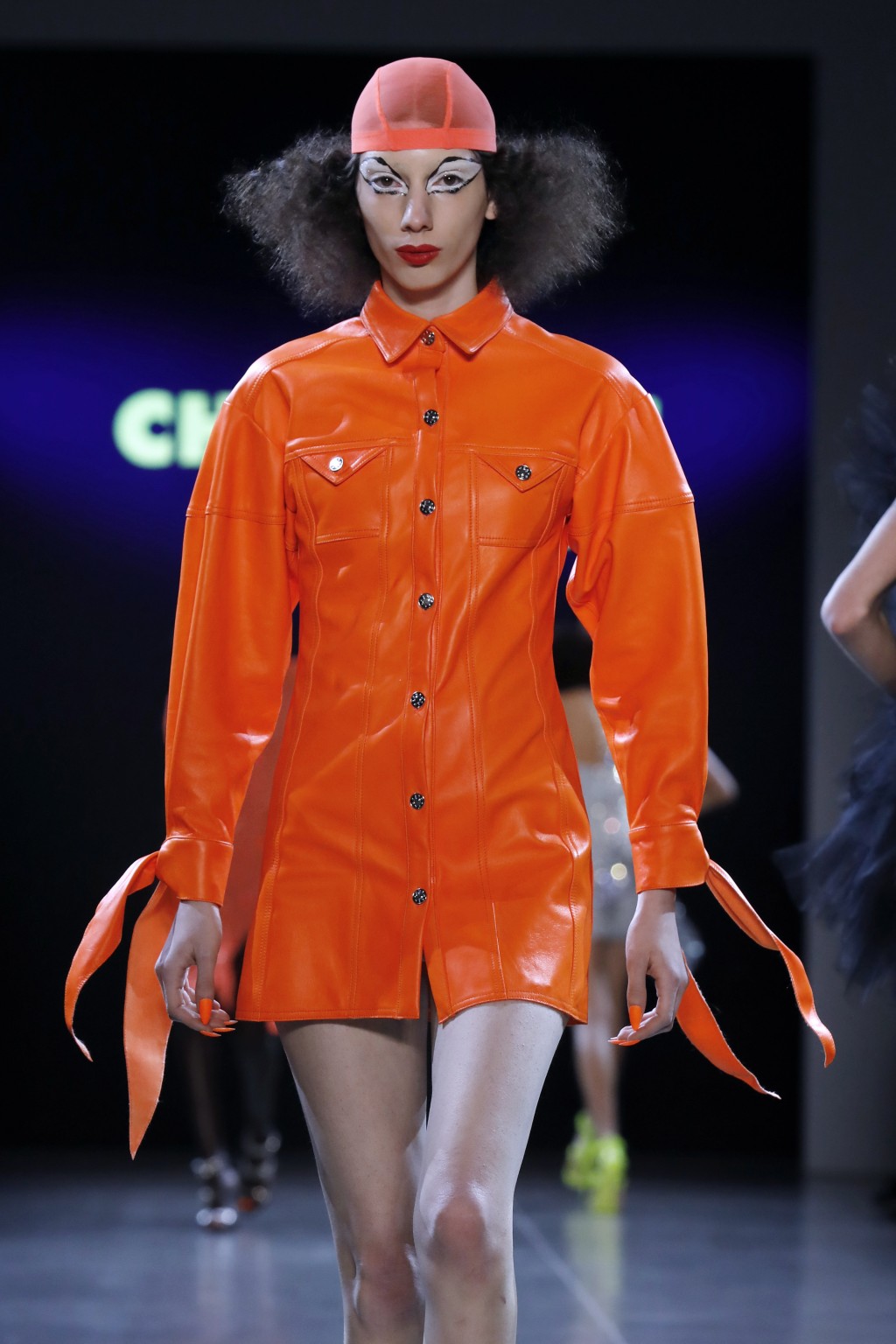 NEW YORK (AP) — Christian Cowan, the young British designer who's a favorite of Lady Gaga and Cardi B, has presented a collection that harked back to his days as a London club kid but also channeled New York-style energy.

His runway was full of neon colors like yellow, green and shocking pink, and styles ranged from midriff-baring cropped sweatsuits to huge tulle dresses with trains. Sequins and feathers were everywhere. So too were watches — on shoe straps, on belts, and in one case, covering a model's face, chest and arms.

The 23-year-old Cowan spent his teens in the London club scene. The first design that he produced, a pink tuxedo, was worn by Lady Gaga, launching his career.