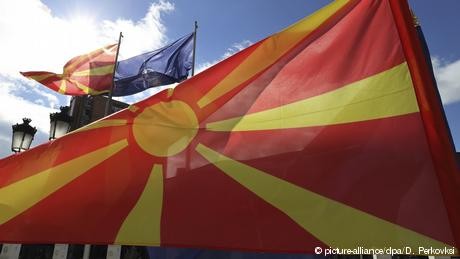 The Former Yugoslav Republic of Macedonia has formally renamed itself the Republic of North Macedonia, the government in Skopje said on Tuesday.

The amendment that changed the country's name became law with its publication in the official gazette, a month after the parliament approved the move.

The move ends a long-running dispute between North Macedonia and its southern neighbor, Greece, and has opened a path for Skopje to join the NATO military alliance and the European Union.

Athens had blocked its northern neighbor from joining either bloc because it claimed "Macedonia" and the name's historical associations for one of its northern provinces.

Greece only allowed Skopje to join the UN in 1995 as the "Former Yugoslav Republic of Macedonia," a reference to the country's former membership of Yugoslavia.

Both countries' leftist governments eventually agreed on the compromise "North Macedonia" in June 2018 and won parliamentary approval in Skopje and Athens for the deal in January.

Greece has ratified an accession protocol that North Macedonia signed with all 29 members of NATO last week. North Macedonia will formally join the alliance once all members ratify the accord.