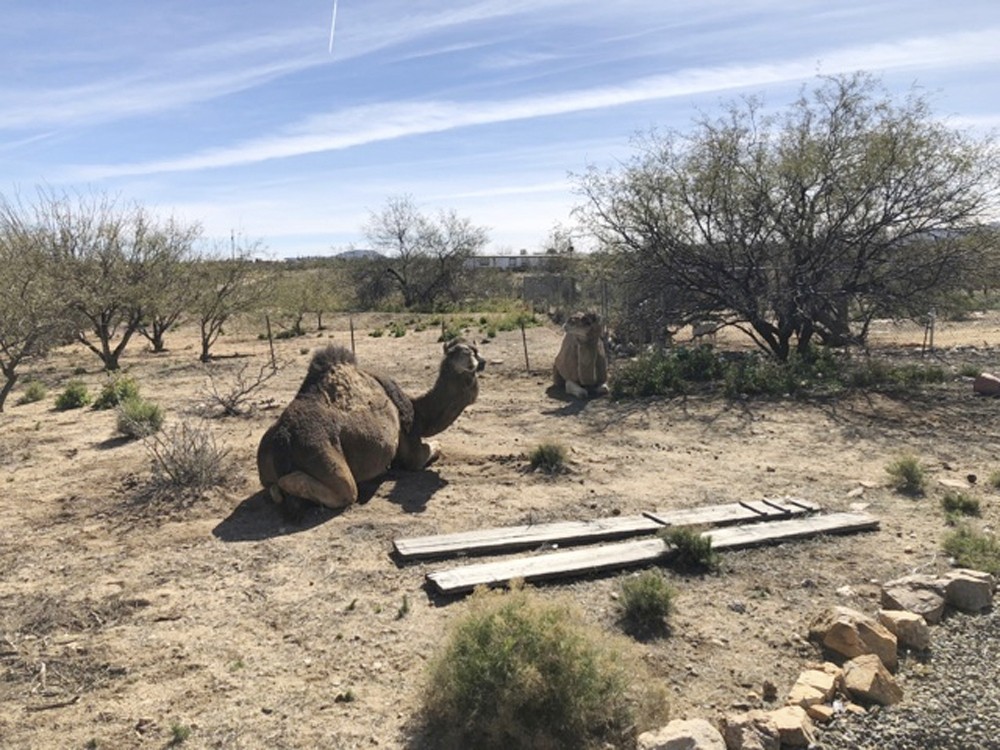 SAHUARITA, Ariz. (AP) — Two camels in southern Arizona are back home after going for an impromptu trek in the desert.

Deputies were called to a residence in the town of Sahuarita on Monday night and found the camels roaming a front yard. They were able to corral the animals away from the property.

Deputies say it's not unusual to get calls from time to time about livestock on the loose.