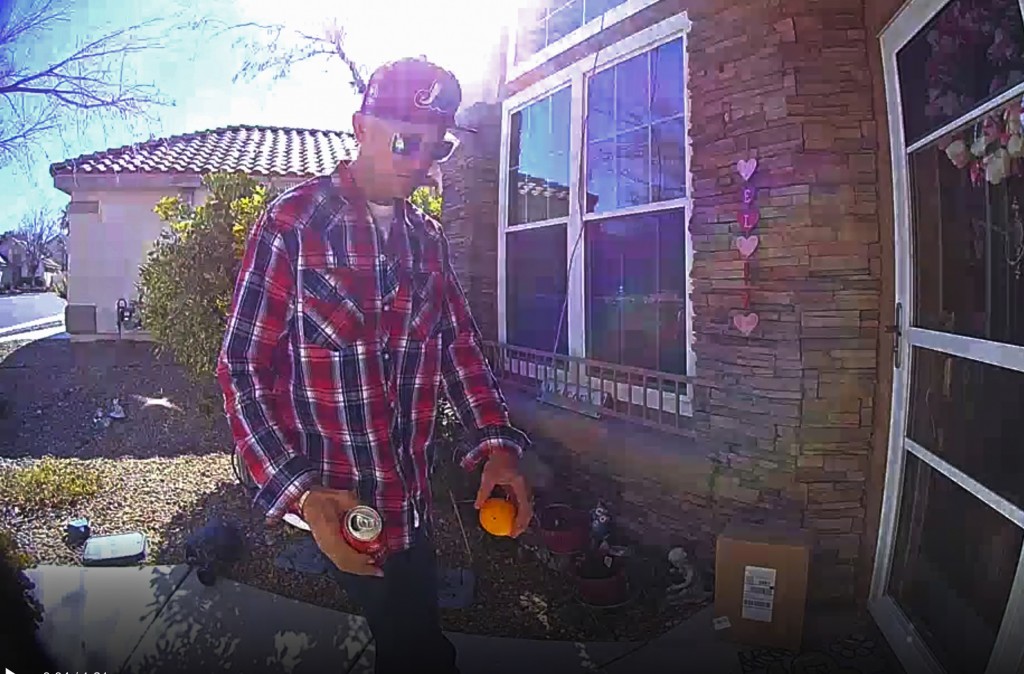 LAS VEGAS (AP) — A thief in Las Vegas made off with a delivery package containing what a mother told police was $40,000 worth of cancer treatment drugs for her 14-year-old son, authorities said Tuesday.

Police issued a plea for help finding the thief and released a photo of the man seen in doorbell security video. He took two packages from the front of a home Thursday, Officer Laura Meltzer said.

Stacey Shavinsky told KLAS-TV that she just wants the thief to return a box containing a chemotherapy drug that her son takes daily for a rare form of cancer.

"You're not just taking pants or a shirt, you're taking something that's keeping someone alive," she said.

Shavinsky called 911 and filed a police report, Meltzer said, but an immediate search of the neighborhood by a detective did not find the thief.

Because of the value of the package, he could face a felony theft charge, Meltzer said.

The man was believed to be in his 20s, wearing sunglasses, a red baseball cap and a red plaid shirt.