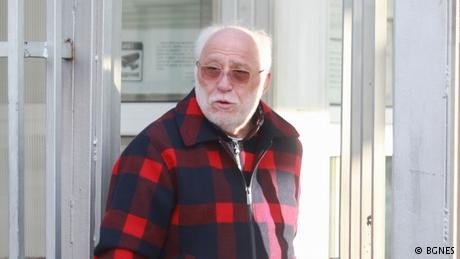 News outlets are looking into a possible link between the April 2015 poisoning of the Bulgarian arms dealer Emilian Gebrev and last year's attempted murder of the former Russian agent Sergei Skripal and his daughter, Yulia. In autumn, both the Russian news outlet Fontankaand Britain's Bellingcat websiteidentified several possible suspects in the poisoning of the Skripals. They focused a suspected Russian secret agent who, they report, entered Britain three days before the attack on Skripal using the name Sergey Fedotov.

On Monday, Bulgaria's chief prosecutor, Sotir Tsatsarov, confirmed that Fedotov made three trips to Bulgaria in 2015. He was certainly in the capital, Sofia, when Gebrev was poisoned, Tsatsarov said.

"We are establishing all moments while he was on Bulgarian territory: the hotels, the vehicles he used, contacts with Bulgarian citizens," Tsatsarov said.

Fedotov's travel patterns in Britain and Bulgaria were similar, and the poison used in the two cases was very similar, according to Bellingcat, which specializes in open-source investigations.

Tsatsarov's office reopened the investigation into the Gebrev case in October on the basis of the new information. Britain and Bulgaria this week pledged close cooperation on the matter following a meeting between Tsatsarov, Bulgarian Prime Minister Boyko Borisov and Britain's ambassador to Sofia, Emma Hopkins.

During the Cold War, Gebrev worked for Bulgaria's state-owned arms company, Kintex. At the time, the relatively small Balkan country, which mainly manufactured Kalashnikov rifles and distributed Soviet weapon systems, was one of the world's top arms exporters. In 1992, after the fall of communism, Gebrev founded the Emko arms company. He was highly successful — in 2017, Emko recorded a turnover of €100 million. Bulgaria is still the largest arms exporter in Eastern Europe with an annual volume of over €1 billion in 2018. Bulgarian weapons, and that includes Emko products, have mainly been sold to Ukraine and the Middle East, including Syria. Bulgarian media speculate that that may have angered Moscow.

On April 28, 2015, Gebrev collapsed at a reception and was rushed to a hospital along with his son and an employee. They were diagnosed with poisoning by a pesticide in rocket salad or coffee. Gebrev recovered, as did his son and the employee. The arms manufacturer sent blood samples to two laboratories in Switzerland and Finland. Traces of two organophosphates were discovered in Helsinki, but one of the two substances could not be identified. However, the Fontanka and Bellingcat digital research teams say the unidentified substance was novichok: the poison used in the Skripal attack.

"The chemical substance with which they are poisoned is based on an organophosphorus compound, which is the same compound as the novichok group," he said in a television interview on Tuesday.

Noev is convinced that the Kremlin poisoned Gebrev in order to get its hands on the Bulgarian arms industry and to destabilize the country, which is a NATO member. He is not the only one to harbor such suspicions. Russia still has a strong hold on Bulgaria — more than one out of two Bulgarians take a favorable view of Russia, opinion polls say. Observers regularly warn that the Russian government would like to have Bulgaria be its Trojan horse in the EU and Nato. Bulgarian governments throughout have been cautious where Moscow is concerned. Bulgaria was one of 14 EU member states that did not expel Russian diplomats from the country after the Skripal attack, and, Noev said, the government is trying to sweep the Gebrev poisoning under the rug.

Details on the poisoning are expected at a hearing in the Bulgarian parliament on February 14.