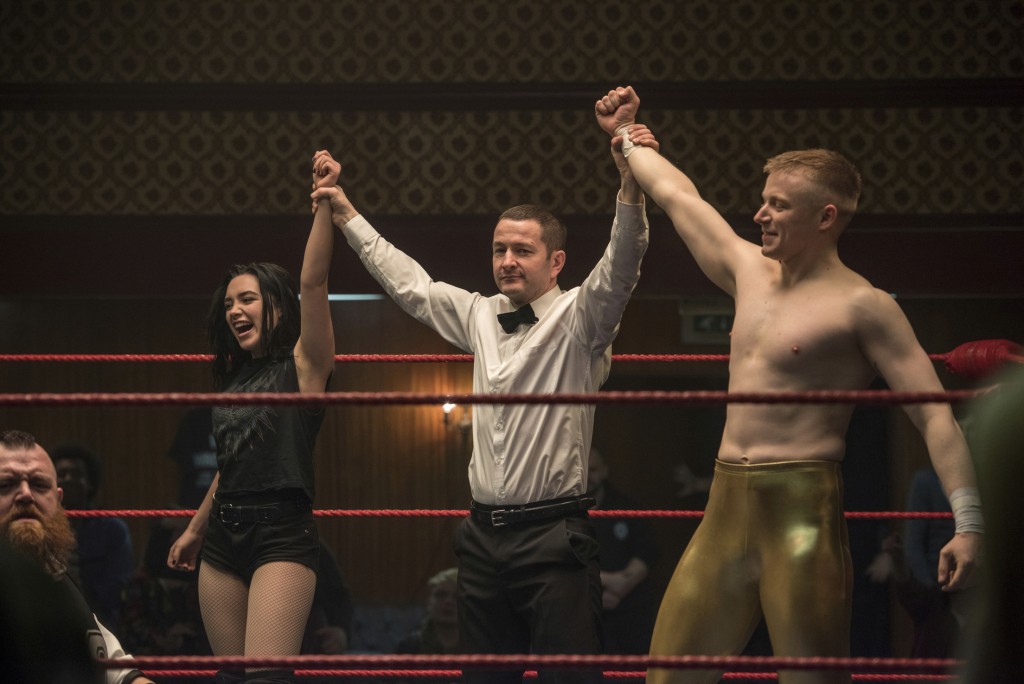 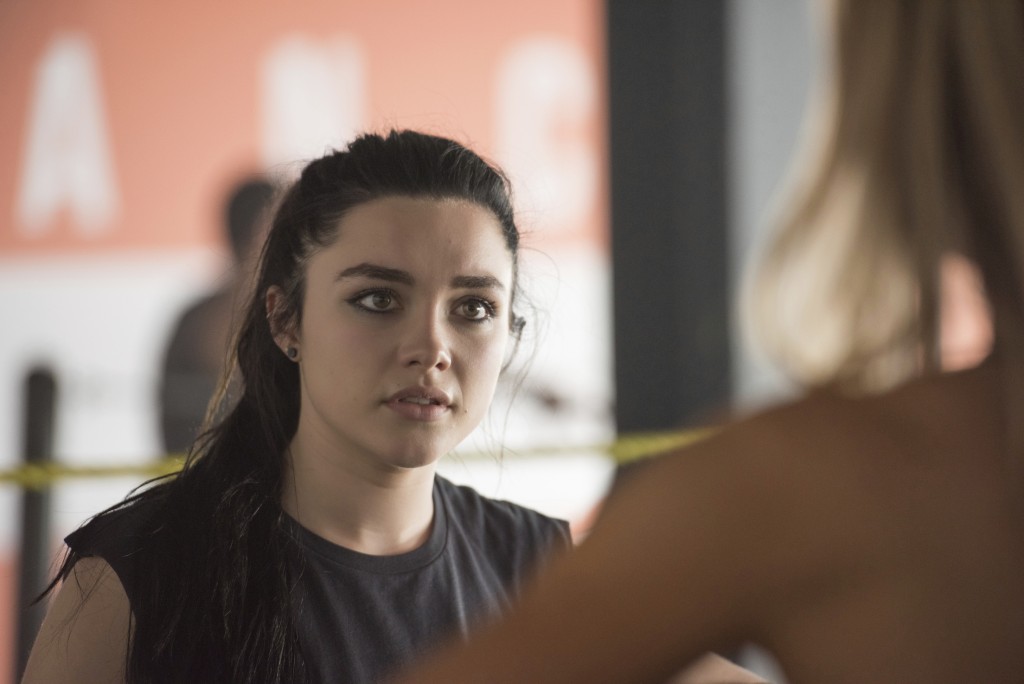 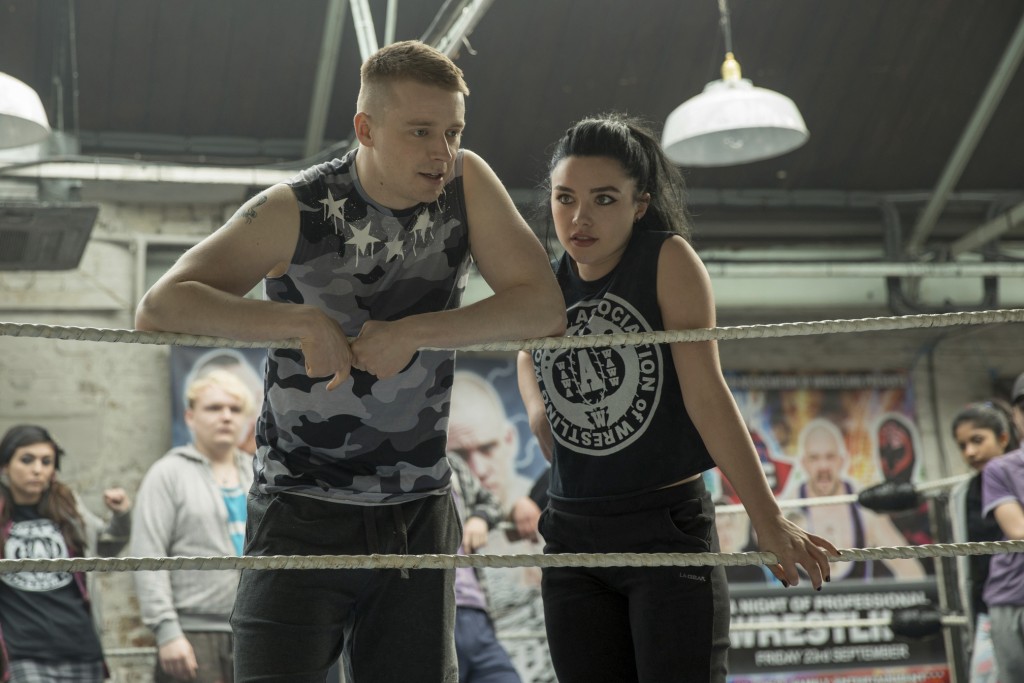 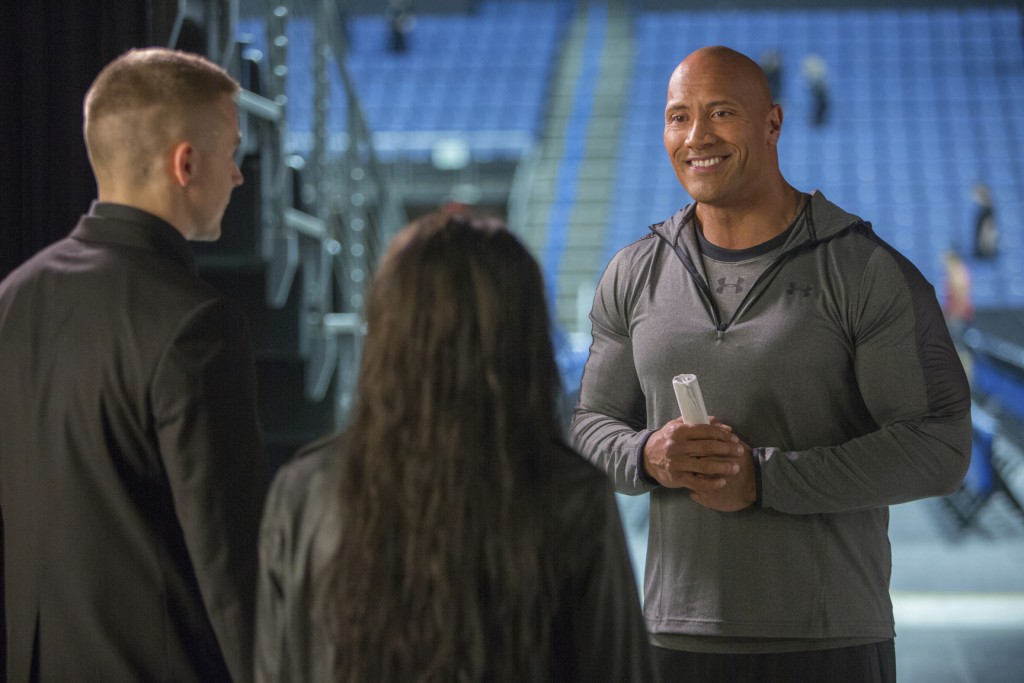 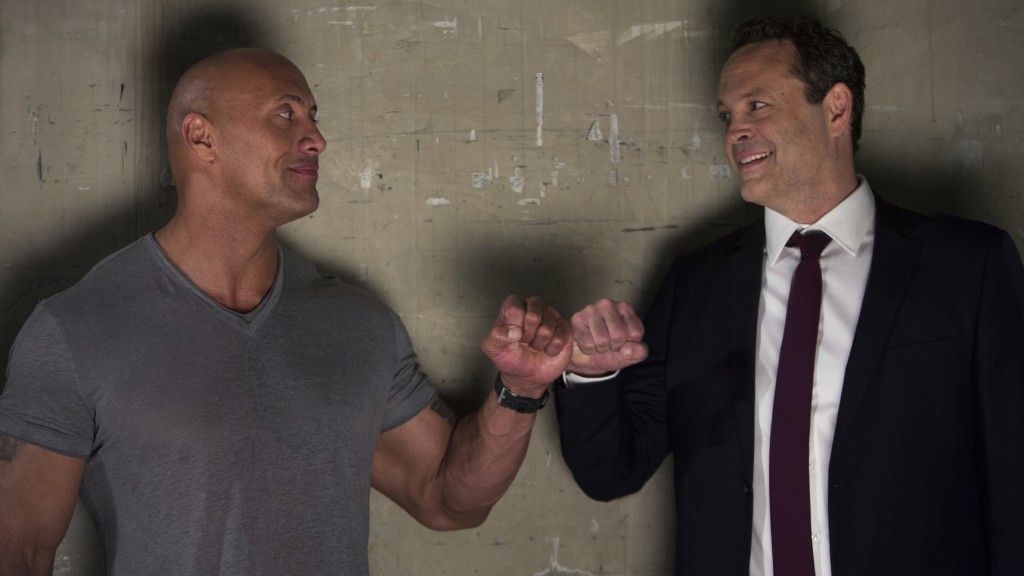 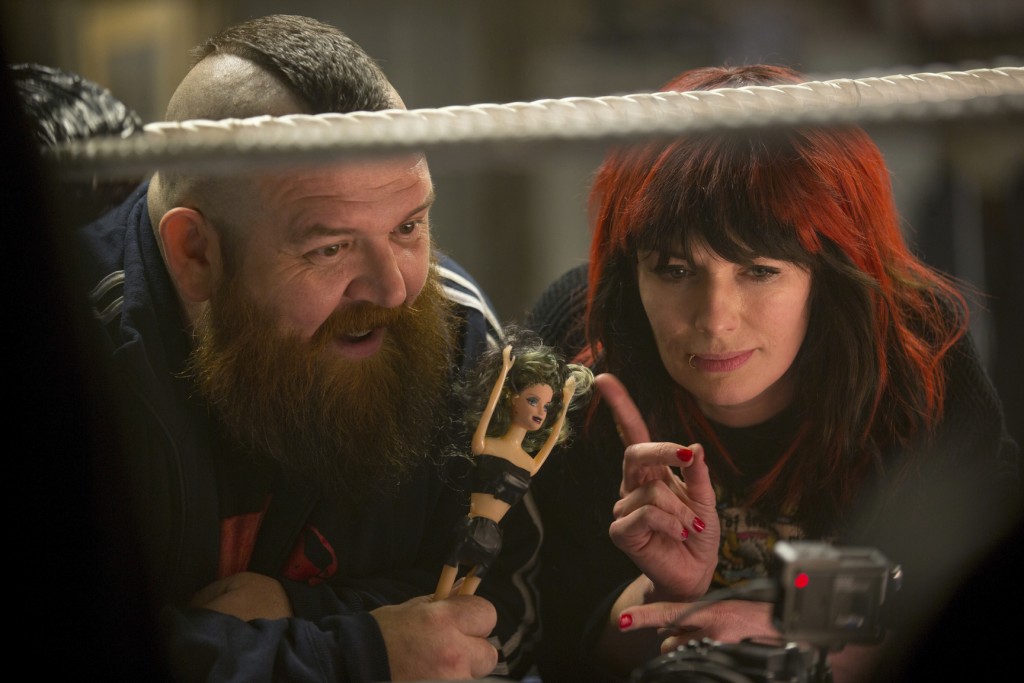 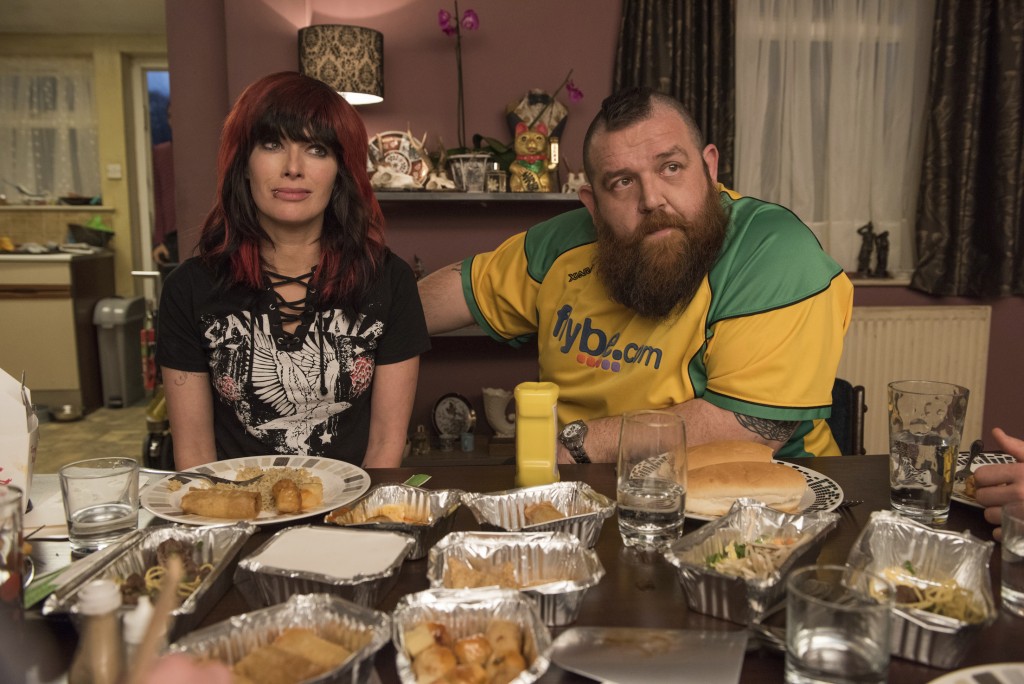 Even the most eccentric passions of working-class England — long a favored reservoir of feel-good underdog tales — have seldom featured as much spandex as "Fighting With My Family."

Patrick "Rowdy Ricky Knight" Bevis (Nick Frost) and Julia "Sweet Saraya" Bevis (Lena Headey) are your average parents, raising a couple of tykes in Norwich, England, to stand up for themselves, work together, and, you know, maintain a firm choke hold. Collectively they worship at the altar of "Macho Man" Randy Savage; they believe in body slams the way other families preach a heathy breakfast.

"Fighting With My Family," the solo writing-directing debut of Stephen Merchant ("The Office"), is based on a true story and a colorful documentary . Saraya-Jade (Florence Pugh) and her older brother, Zak (Jack Lowden), have been bred by their WWE-obsessed parents to leg-drop and pile-drive. They each aspire to the big time while ardently participating in their family's far more regional and ragtag wrestling business. In a sport/entertainment full of skeptics, they're true believers.

The twist in "Fighting With My Family" is not only that Saraya-Jade actually succeeds, winning a tryout with the WWE in Florida, but that this modest and formulaic sports movie takes on unexpected heavyweight status. "Fighting With My Family" was made with the blessing and the branding of the WWE, and it includes plenty of pro wrestler cameos, most notably The Rock, who's a producer on the film. It's a little like if Barry Bonds turned up in "The Sandlot."

Yet "Fighting With My Family" isn't just about the quixotic small-town dreams of some hard-scrabble devotees, but the leap into megawatt fame, and the strain it can put on family dynamics. When a wisecracking trainer named Hutch (Vince Vaughn, eating it up) at a London tryout picks Saraya-Jade, who renames herself Paige, Zak is told he doesn't have the "it" factor his sister exudes.

But Paige, dark-haired, lip-pierced and heavily accented, isn't so sure of herself, either. "Do you see yourself as a six-inch action figure?" asks Hutch, a question that might be better served for mental institution examinations. When Paige sees the other women trying to make it — models and cheerleaders, mostly — she feels even more uncertain. Hutch warns with ominous certainty: "Before you leave Orlando, at least one you will be a stripper."

It's a compelling and likable cast (Frost, in particular, is a standout), and Merchant keeps the film, for all its sports-movie clichés, mostly lively, good-hearted and consistently funny. That's aided in part by the charm explosions that happen whenever The Rock steps in (he even manages a crack at Vin Diesel). But the movie is mostly on Pugh's shoulders. The young actresses broke through, terrifically, in 2017's "Lady Macbeth," which, ironically, was a far more rock-'em-sock'em showcase for her considerable talent. Pugh never looks quite at ease in the ring in "Fighting With My Family," but her performance is so layered with ambition and self-doubt that the film exceeds its familiar framework.

Still, the movie is best when furthest from the WWE main stage, back in the Bevis' Norwich living room, where, for example, a more typically British visitor (played by Merchant) has the nerve to politely query, "Sorry, what is the WWE?" — and subsequently suffers some of the most withering stares you'll ever see. It turns out that the heart of the goofy soap opera that is professional wrestling is in Norwich.

"Fighting With My Family," an MGM release, is rated PG-13 by the Motion Picture Association of America for crude and sexual material, language throughout, some violence and drug content. Running time: 108 minutes. Three stars out of four.