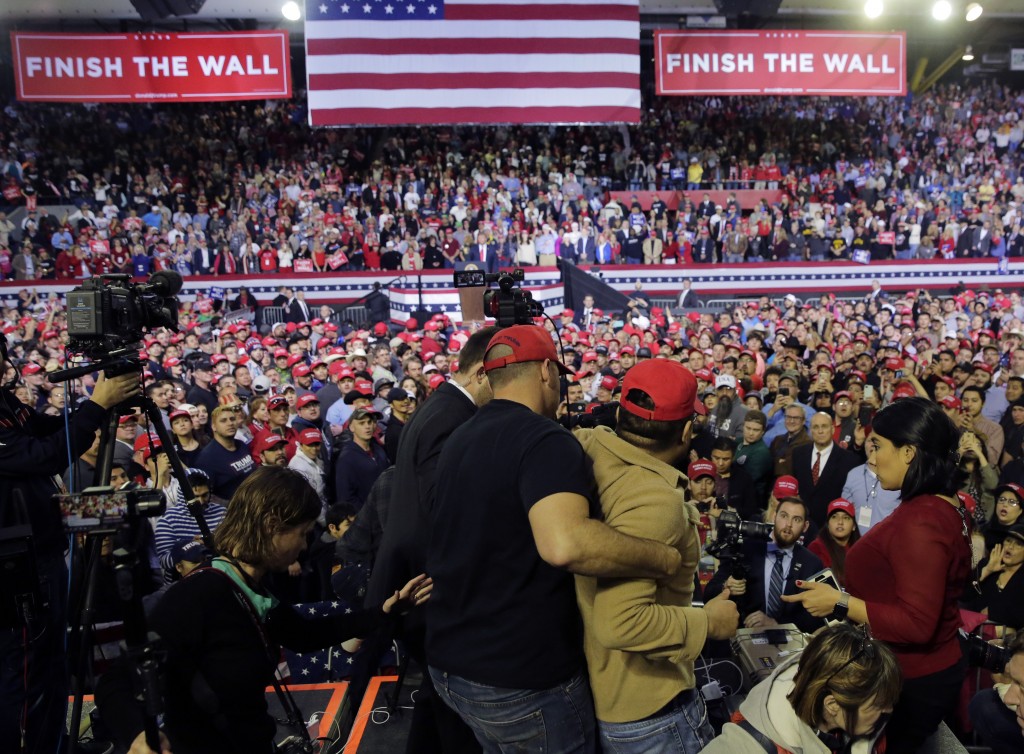 The association's president, Olivier Knox, said Tuesday the group is relieved that "this time, no one was seriously hurt."

Knox says the president should make clear to his supporters that violence against reporters is unacceptable.

There was a brief scuffle on a press platform away from the stage on Monday night, when a man began shoving members of the news media and was restrained.

Michael Glassner, chief operating officer of Trump's re-election campaign, says an individual "involved in a physical altercation with a news cameraman" was removed from the rally. He praised "the swift action from venue security and law enforcement officers."