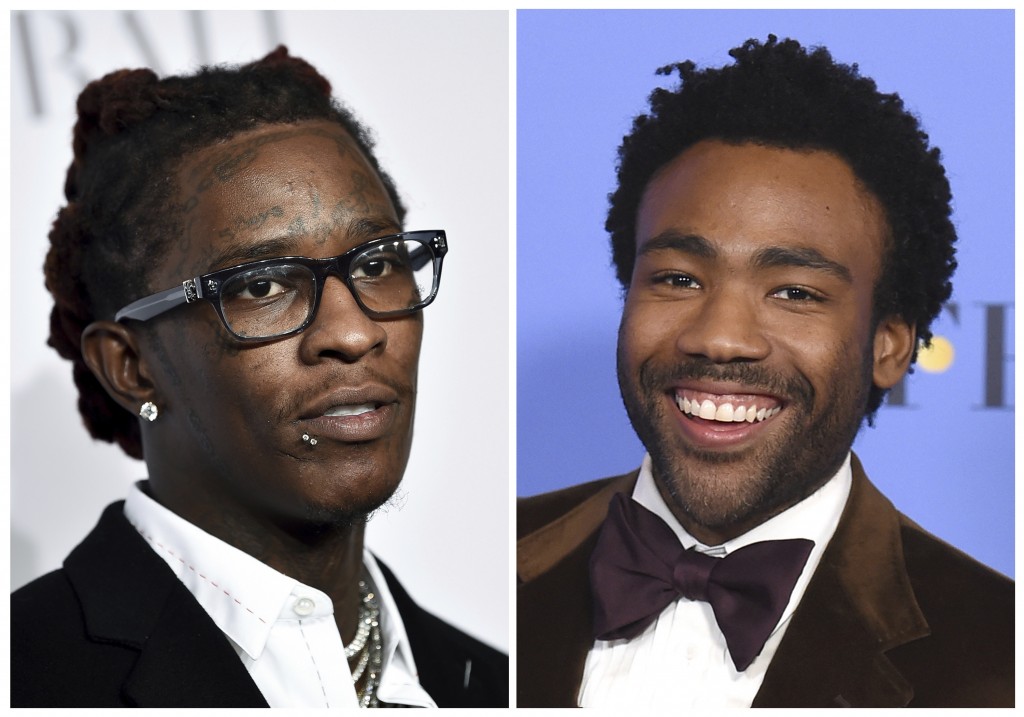 NEW YORK (AP) — "This Is America" co-writer Young Thug made history alongside Childish Gambino when the hit became the first hip-hop track to win the song of the year Grammy, but Young Thug almost didn't make the history books.

When the Grammys first announced the nominees for its 2019 show last December, Young Thug was not listed as a co-writer of the song along with Gambino and Ludwig Goransson. His name, listed as Jeffery Lamar Williams, was later added.

Young Thug's vocals are heard in the background of the song along with 21 Savage, Quavo, BlocBoy JB and Slim Jxmmi. None of those performers were listed as co-writers or featured artists on the track.

The song of the year Grammy is a songwriter's award. "This is America" also became the first rap song to win record of the year.