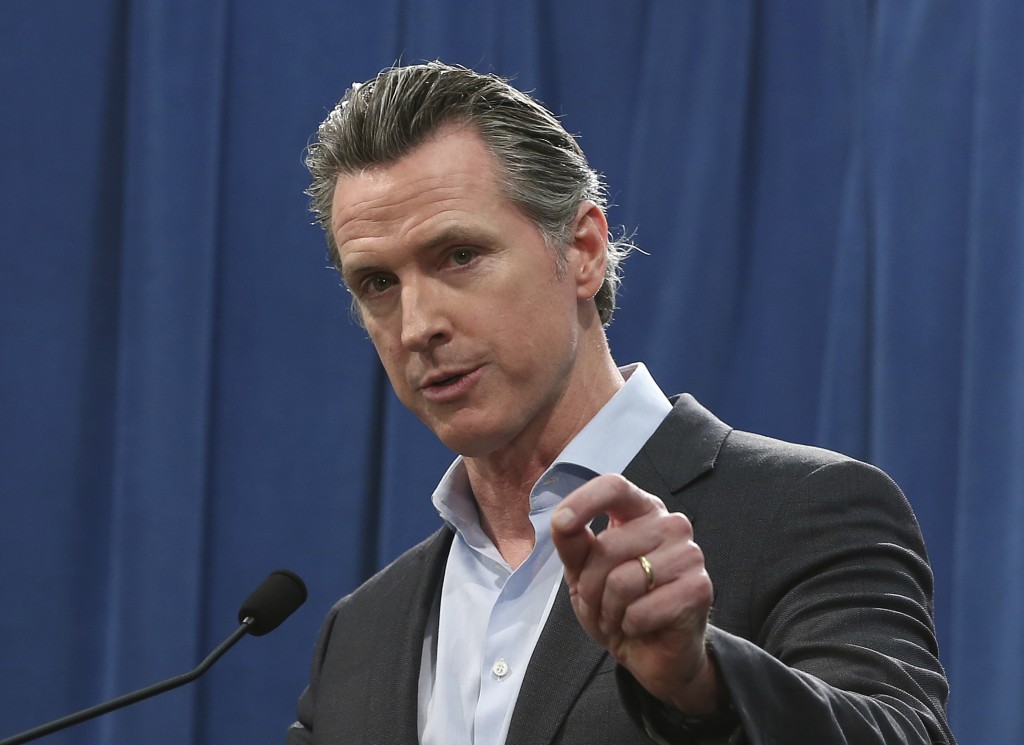 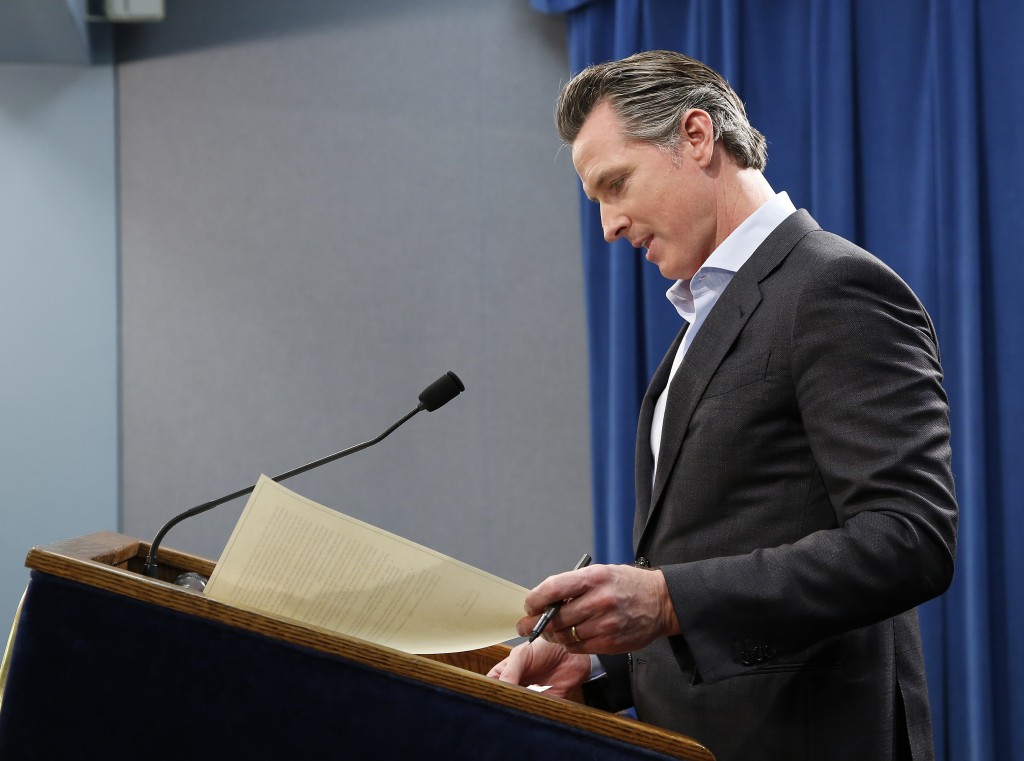 Newsom said Tuesday in his State of the State address it "would cost too much and take too long" to build the line long championed by his predecessor, Jerry Brown. Latest estimates pin the cost at $77 billion and completion in 2033.

Newsom says he wants to continue construction of the high-speed link from Merced to Bakersfield in California's Central Valley. He says building the line could bring economic transformation to the agricultural region.

And he says abandoning that portion of the project would require the state to return $3.5 billion in federal dollars.

Newsom also is replacing Brown's head of the board that oversee the project and is pledging to hold the project's contractors more accountable for cost overruns.

California Gov. Gavin Newsom is preparing to deliver his first State of the State address a day after declaring he wouldn't participate in the Trump administration's "political theater" over border security.

The Democratic governor is likely to ratchet up his rhetoric against President Donald Trump in Tuesday's address, a month into Newsom's governorship.

He said Monday he'll withdraw most of California's 360 National Guard troops on the Mexico border in a rebuke to Trump.

Newsom has also sparred with the president on health care and wildfire preparedness.

The State of the State will also give Newsom a chance to outline his vision for California. He's already laid out ambitious goals on housing, juvenile justice and the environment.