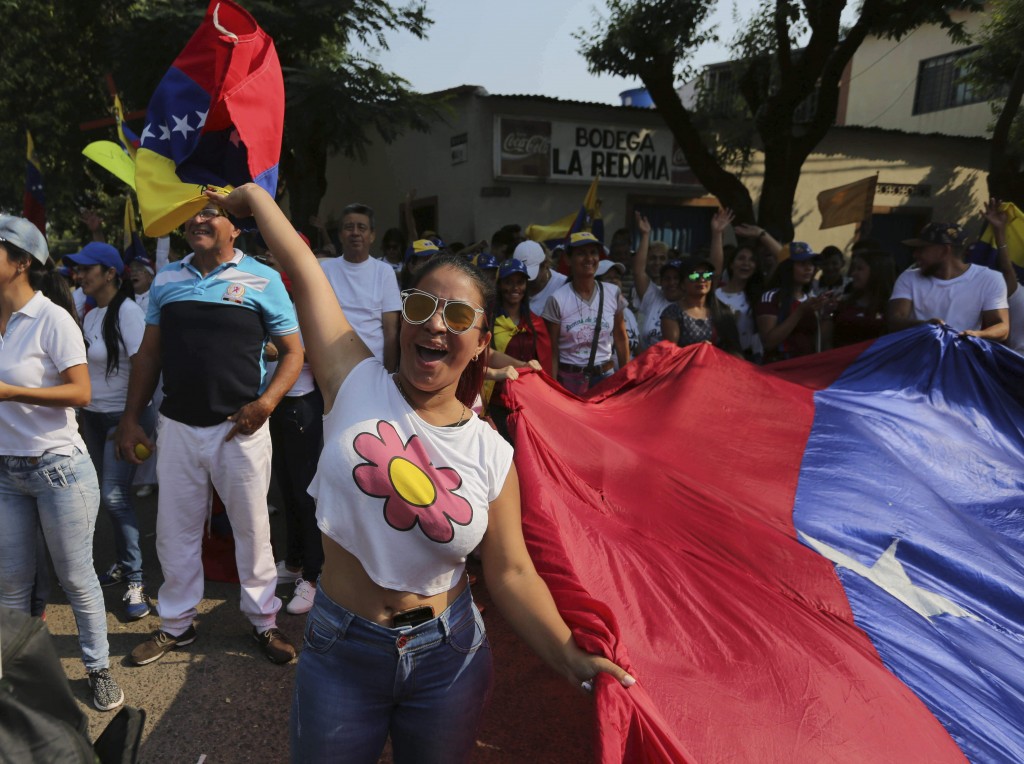 Venezuelan opposition leader Juan Guaido has set a deadline to bring humanitarian aid into the country over objections of President Nicolas Maduro.

Guaido said Tuesday that he's mobilizing caravans of Venezuelans to get the emergency food and medicine across the border in Colombia.

He set the date as Feb. 23, a month after he declared his constitutional right to take presidential powers.

He also announced a second collection point for the aid across the border in Brazil.

Maduro has refused to assistance, saying it's part of a Trump administration coup aimed at exploiting Venezuela's vast oil resources.

Speaking before masses of supporters, the opposition leader restated his appeal to Venezuela's military, which so far has remained loyal to Maduro.

Venezuela's opposition has called its supporters into the streets across the country in a campaign to break the military's support of President Nicolas Maduro, who refuses to let emergency food and medicine from the United States across the border.

Maduro also is rallying supporters to demonstrations following more than a month of pressure led by opposition lawmaker Juan Guaido, who has proclaimed himself the country's legitimate president.

The struggle now centers on emergency food and medicine from the United States warehoused on the Colombian border town of Cucuta. Guaido vows to deliver it to Venezuelans who need it, but Maduro remains firmly in power and has the backing of the military, which has been blocking the aid he snubs as part of an effort to topple him.