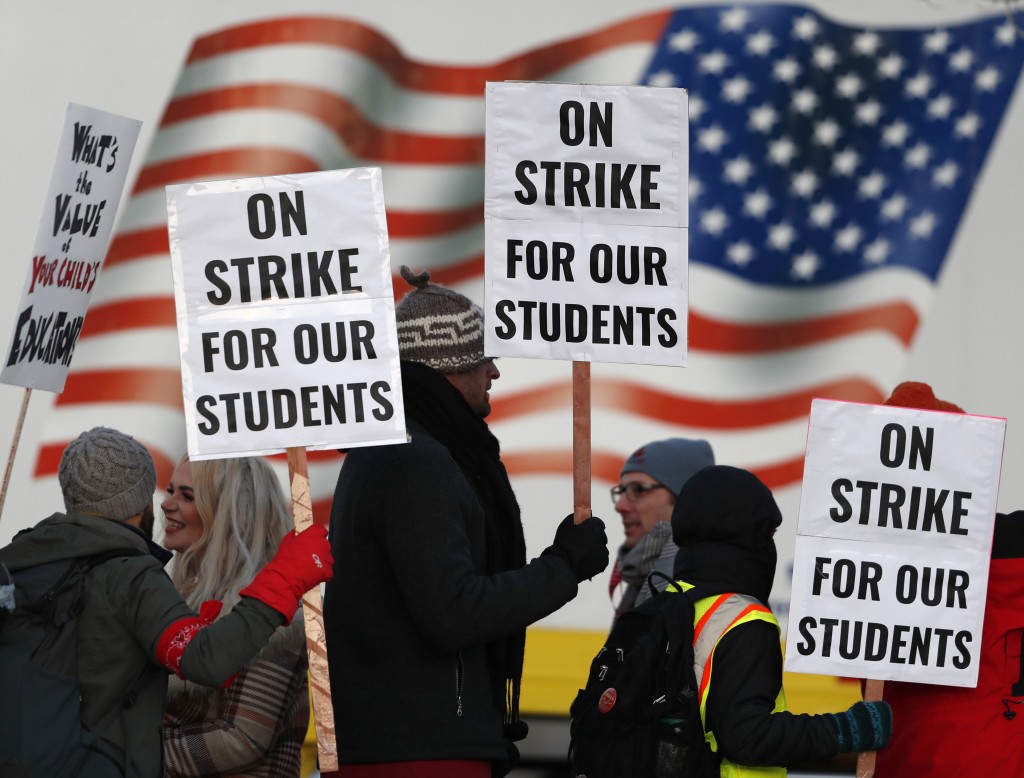 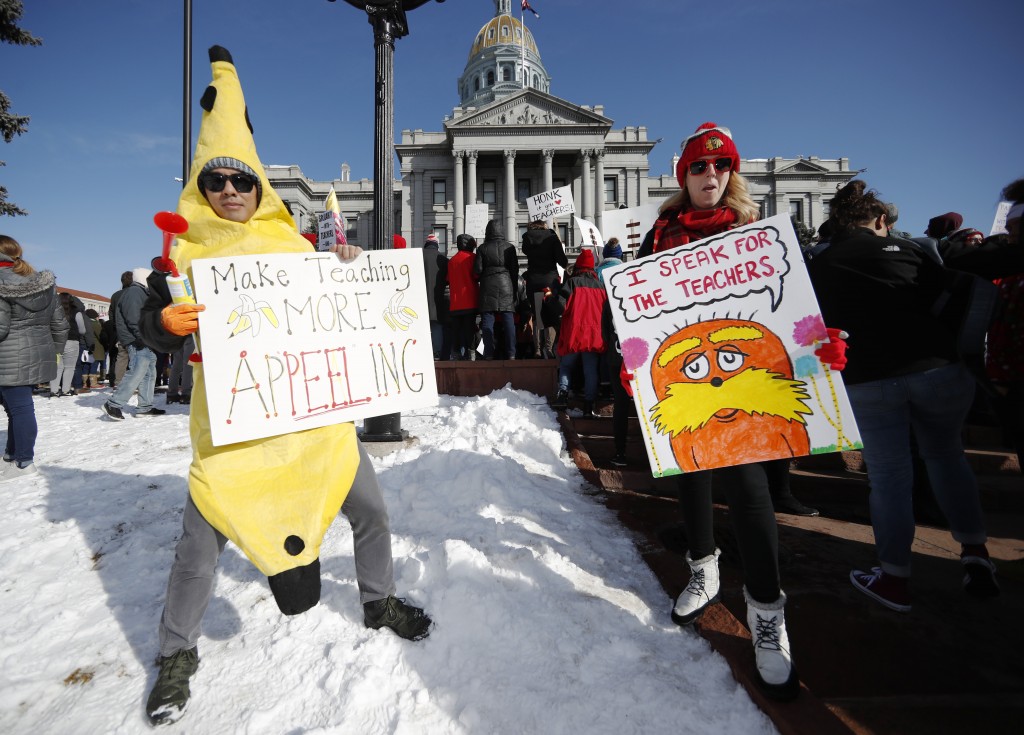 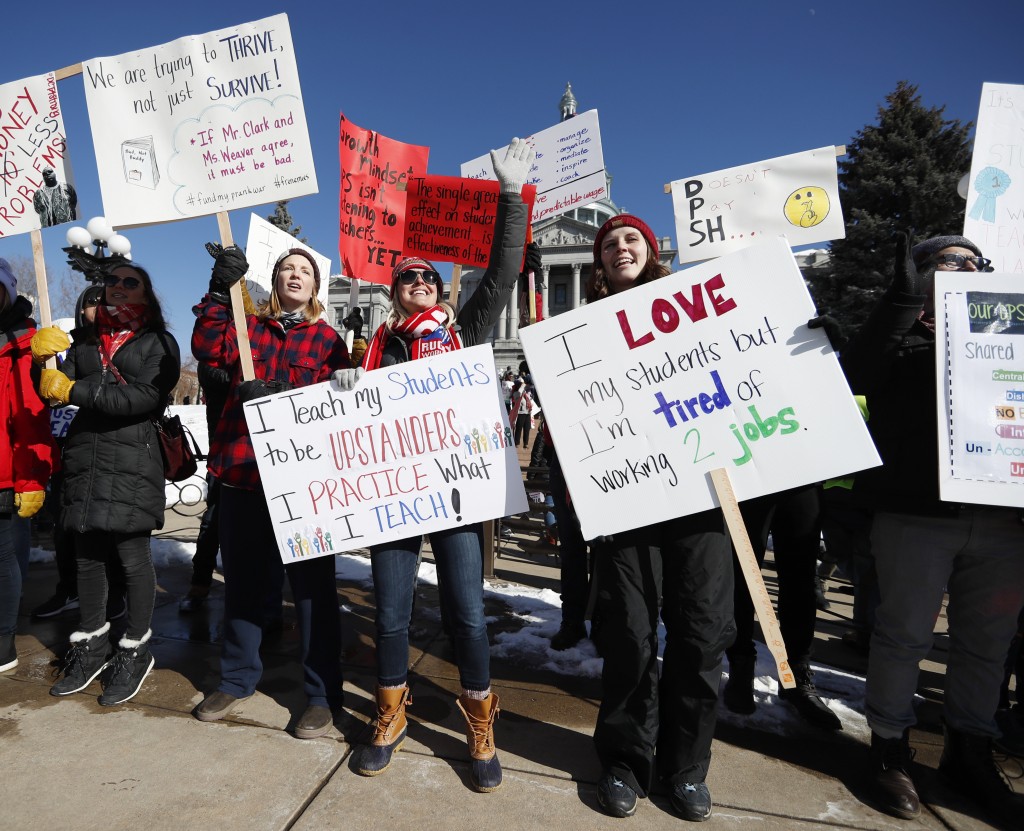 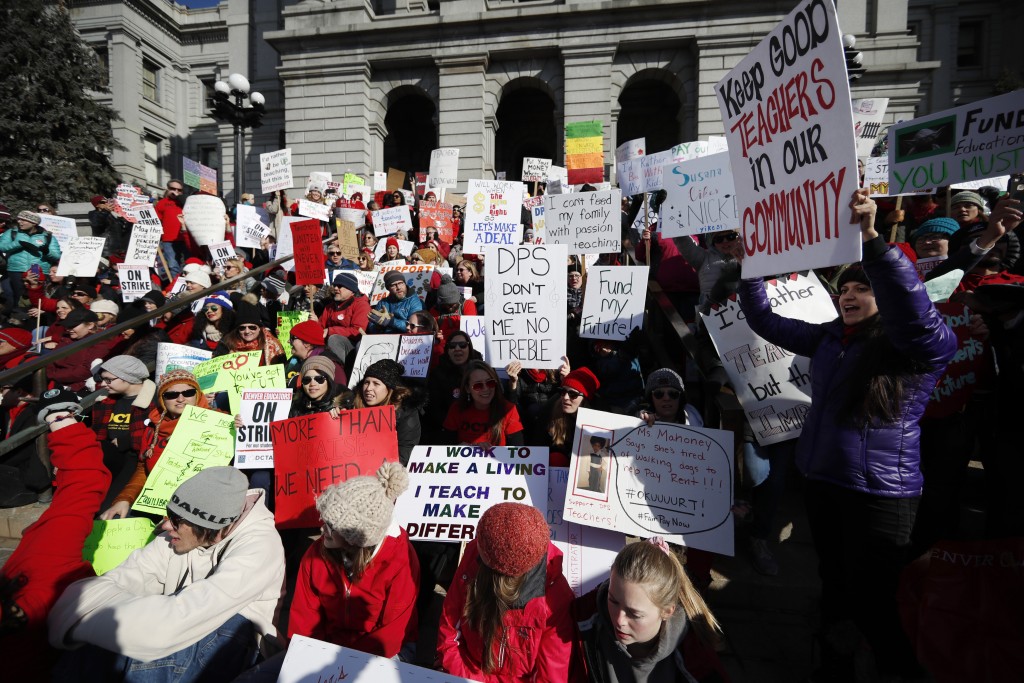 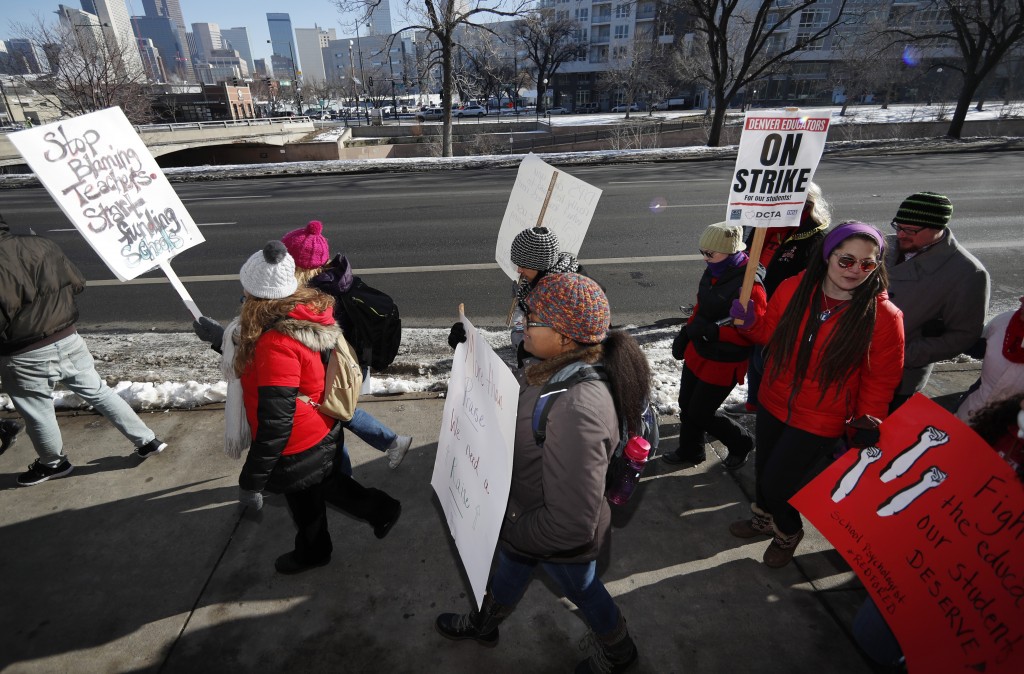 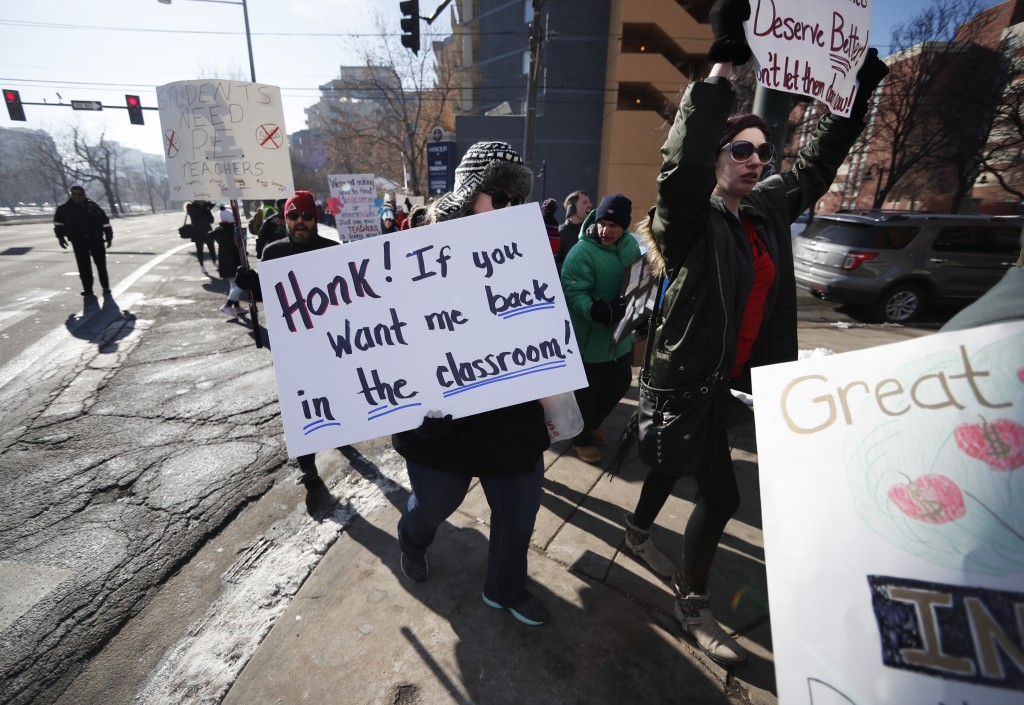 DENVER (AP) — The teacher strike in Denver entered a second day Tuesday with educators disputing pay back on the picket lines and union and school officials set to resume negotiations in an effort to end the walkout.

The strike affecting about 71,000 students in the school district began Monday after last-minute negotiations broke down over the weekend.

All schools were open and staffed by administrators, substitutes and teachers not participating in the strike. The negotiations were scheduled to start late Monday morning.

According to preliminary reports from the school district, 58 percent of teachers stayed away from district-run schools, slightly more than on the first day of the strike Monday.

The walkout came about a year after West Virginia teachers launched the national "Red4Ed" movement with a nine-day strike in which they won 5 percent pay raises. Most recently, Los Angeles teachers went on strike last month.

There are 71,000 students in district-run schools. Another 21,000 are enrolled in charter schools unaffected by the strike.

Lily Eskelsen Garcia, president of the National Education Association, told a crowd of picketing teachers outside the Colorado State Capitol on Monday that theirs was the latest in a national movement to provide just compensation to educators.

"You are unique here in Denver because here you are saying, 'Can I just know what I'm being paid?'" she said. "Let me tell you: You are going to change this."

In Denver, the dispute is over the school district's incentive-based pay system. The city's school district gives bonuses ranging from $1,500 to $3,000 a year to teachers who work in schools with students from low-income families, in schools that are designated high priority or in positions that are considered hard to staff, such as special education or speech language pathology.

The union is pushing to lower or eliminate some of those bonuses to free up more money that would be added to overall teacher pay.

Kimberly Beckeman, a ceramics and sculpture teacher at South High School, said she cried when the union announced teachers would go ahead and strike after 15 months of negotiations failed to produce a deal. She said she did not want to leave her students, but it was time for teachers to act.

"It's what's right. It's not ideal. I don't want to be out here," she said on the picket line outside the school Monday.

The district sees the disputed bonuses as key to boosting the academic performance of poor and minority students.

Denver teachers say the reliance on bonuses in the district leads to high turnover, which they say hurts students, and that spending money on smaller class sizes and adding support staff, like counselors, is the best way to help disadvantaged students learn.

The district has proposed raising starting teacher pay from $43,255 to $45,500 a year. That's $300 a year less than the union's proposal, which would add $50 million a year to teacher base pay, according to union officials.