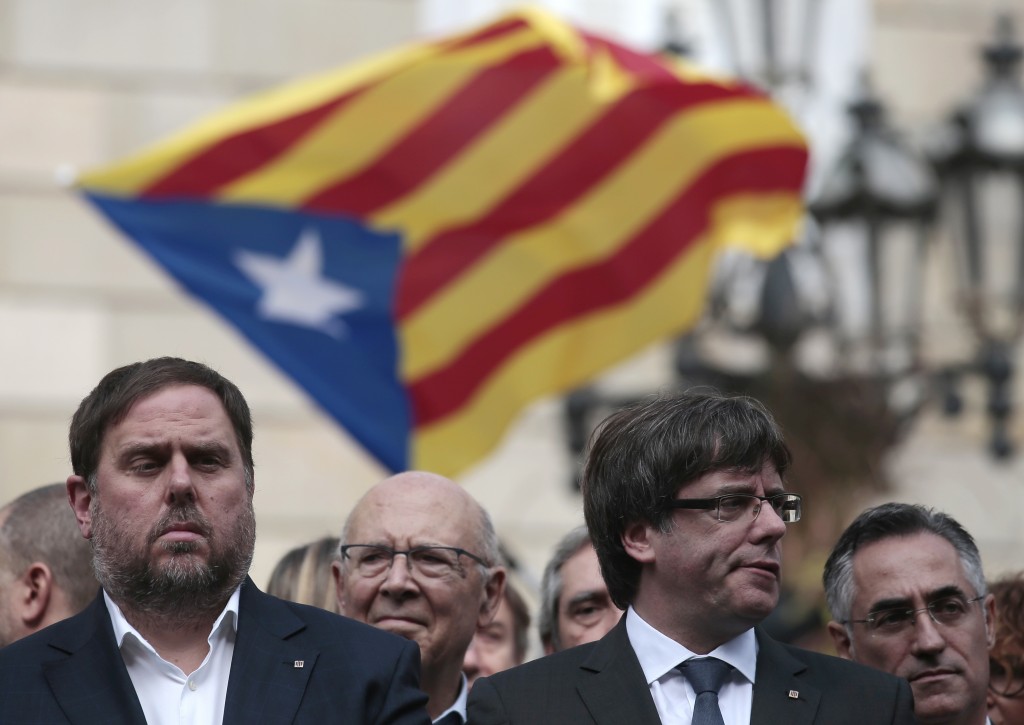 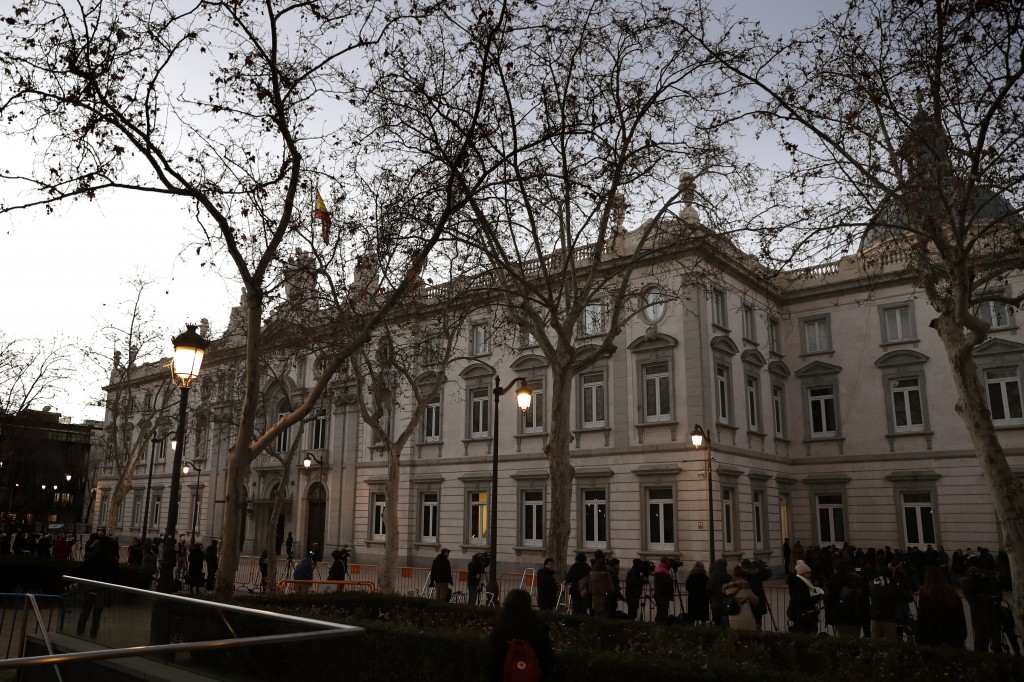 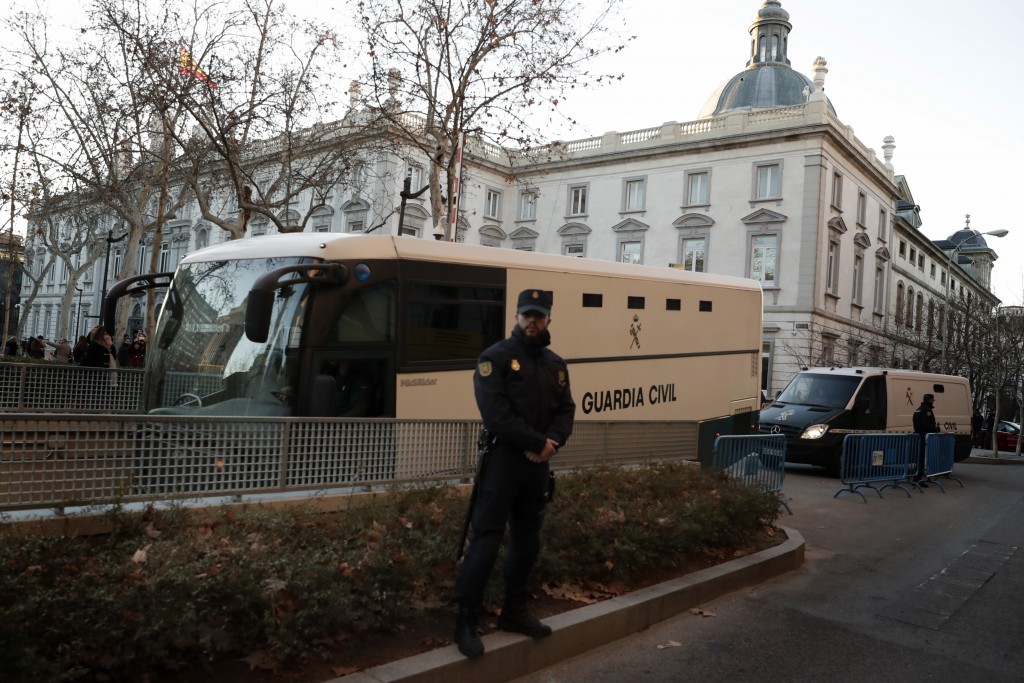 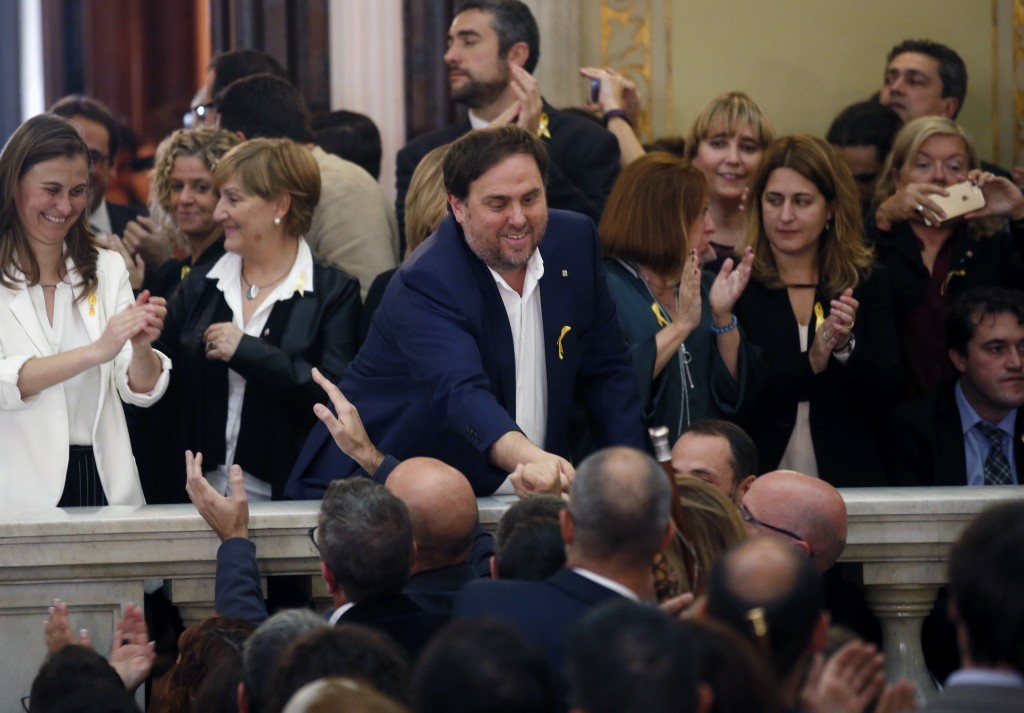 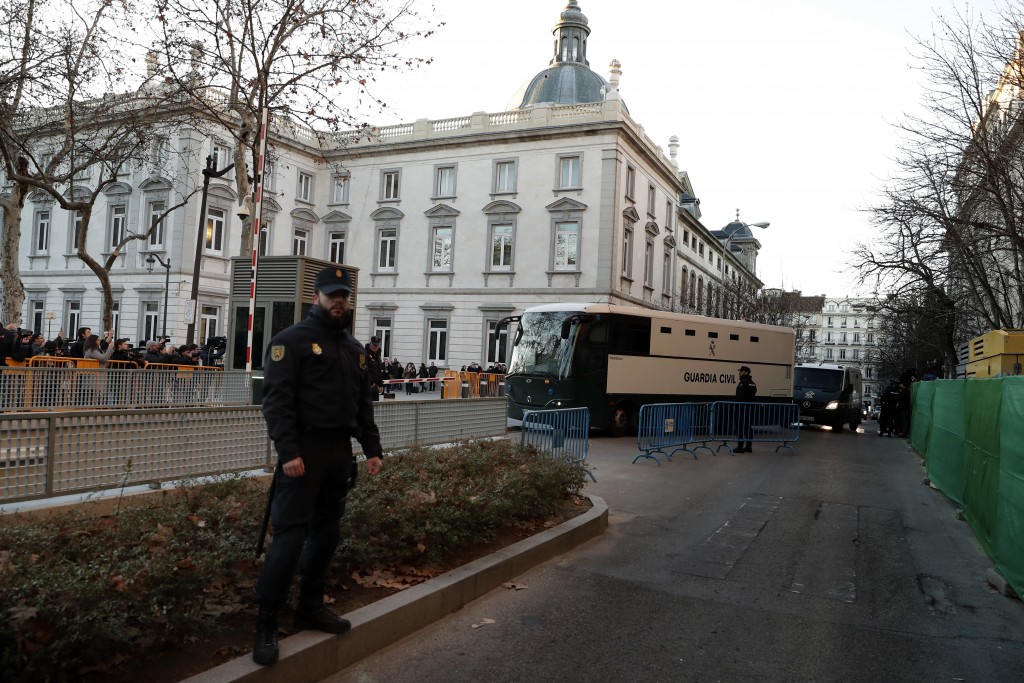 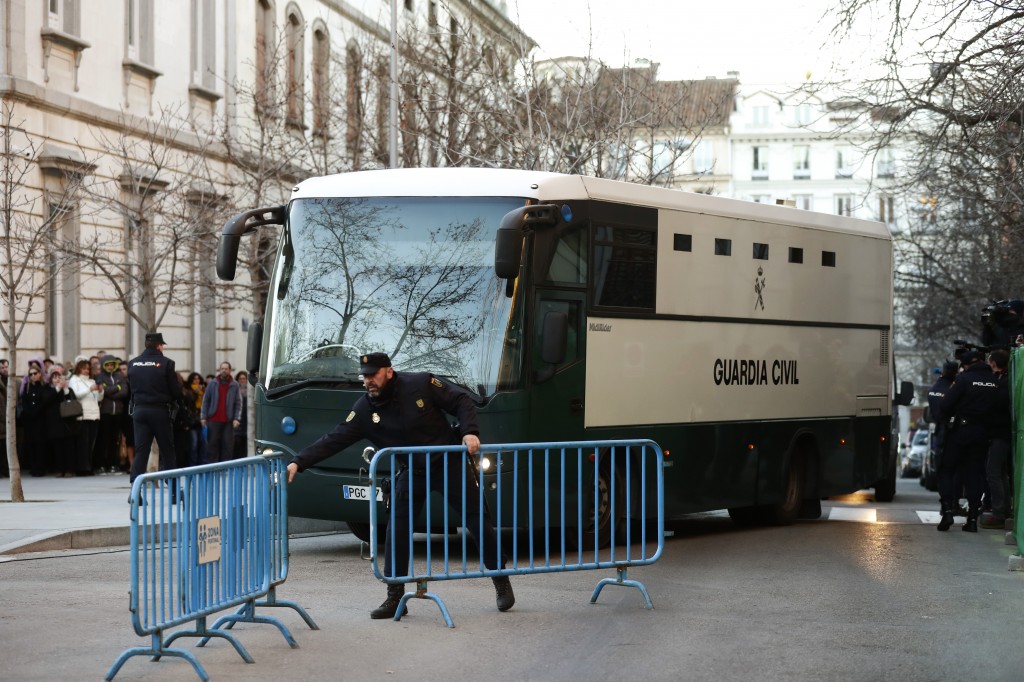 MADRID (AP) — The Latest on Spain-Catalonia trial and politics (all times local):

The former leader of Catalonia's independence movement who fled from Spain has called for 12 separatists starting trial in Madrid to be absolved for their alleged crimes.

Carles Puigdemont has said in Berlin that the "trial that has started in Madrid this morning is a test for the whole Spanish judiciary system, therefore it is a stress test for the Spanish democracy."

He adds that "I trust, however, that the Spanish state will take advantage of this chance to issue the correct sentence, which is absolution."

Puigdemont successfully avoided extradition from Germany when a German court refused to send him back to Spain on charges of rebellion last year. He has been living in Belgium since fleeing Spain in Oct. 2017 after defying warnings by Spanish authorities and leading a secession bid that Spanish courts say violated the Constitution.

Protesters have blocked highways in Spain's northeastern region of Catalonia, as the trial of separatist leaders gets underway in the country's Supreme Court in Madrid.

Tuesday's protests, which have also led authorities to close off some main roads in the Catalan capital of Barcelona, were timed with the start of arguably Spain's most consequential trial in four decades of democracy.

Twelve defendants are being tried for their roles in pushing ahead with a unilateral independence declaration based on the results of a secession referendum that ignored a constitutional ban. Some face decades in prison if they are found guilty of rebellion.

The proceedings are being broadcast live on television.