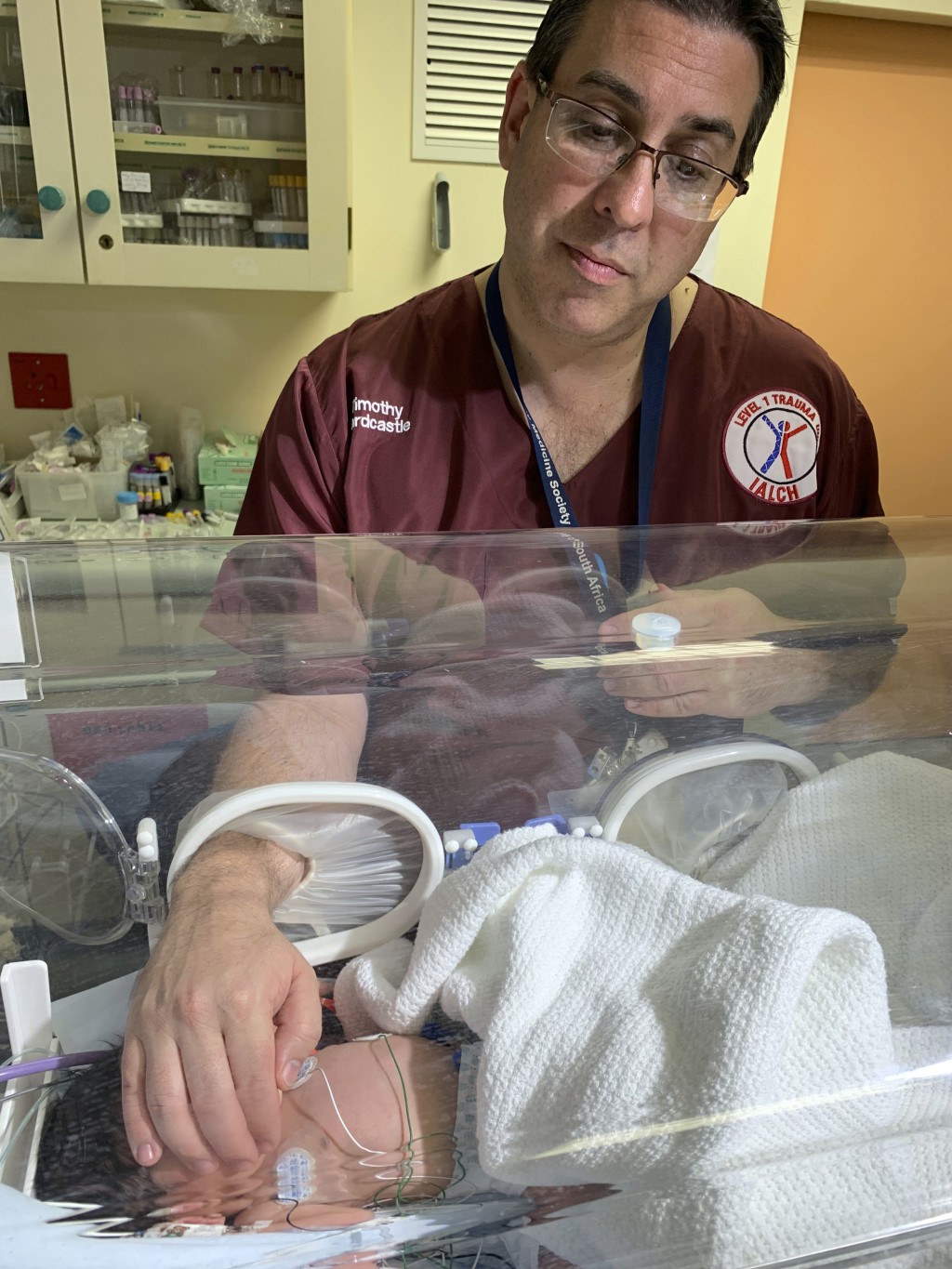 JOHANNESBURG (AP) — Rescue workers in South Africa pulled a newborn baby from a storm drain in a four-hour operation that ended with whoops and cheers from onlookers.

Rescue Care Paramedics, one of the groups that helped to extricate the infant girl in Durban, says it is unclear why the baby was "dumped" and that police are investigating.

The group says emergency responders went to the scene on Monday after residents heard a baby crying from deep inside the concrete storm drain. It says the area was dug up and a chisel and hammer were used to break into the drain.

Video shows a rescuer lifting the baby to a colleague standing above a pit as people celebrate the successful rescue. South African media say the infant is being treated in a hospital.