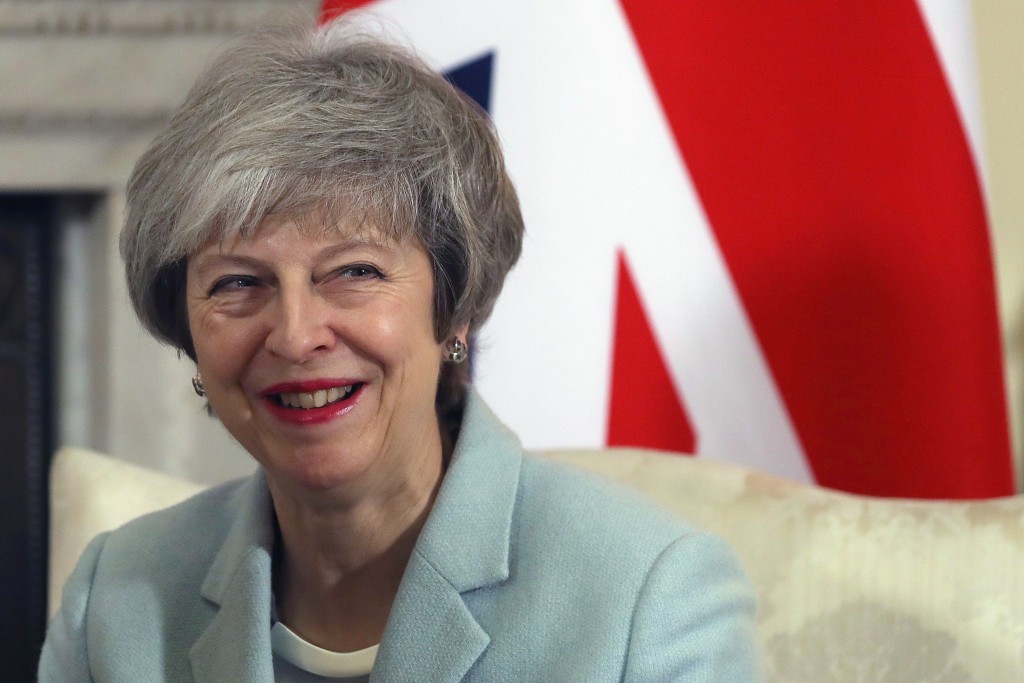 LONDON (AP) — British Prime Minister Theresa May is set to urge lawmakers to "hold their nerve" as she struggles to finalize a divorce agreement with the European Union.

May will update the House of Commons on Tuesday on the state of the negotiations, a day earlier than planned to give lawmakers more time to "digest" the remarks before a series of votes on Thursday.

In excerpts released before her statement, May says: "The talks are at a crucial stage. We now all need to hold our nerve to get the changes this House has required and deliver Brexit on time."

Britain is scheduled to leave the bloc on March 29. Parliament last month rejected May's deal with the EU, partly because of concerns it would tie Britain to the bloc indefinitely.