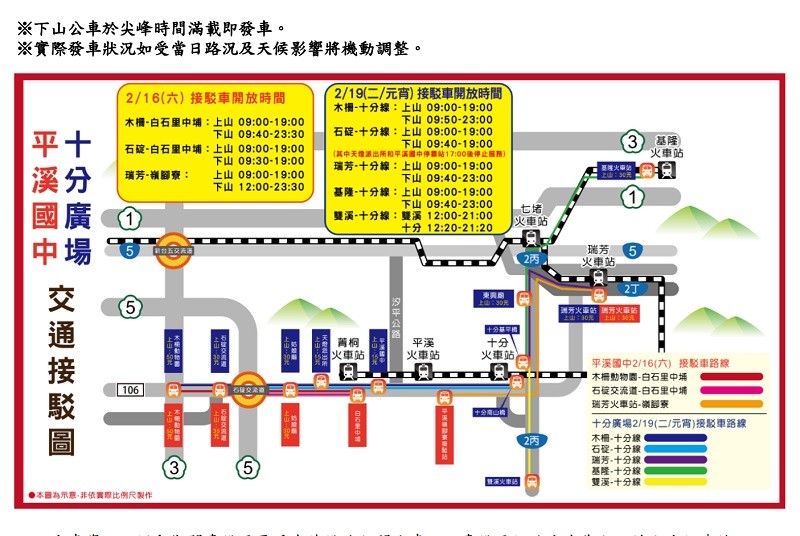 The TTD said that they had made preparations and arrangements for the operation of the shuttle buses and traffic control for both Feb. 16 and Feb. 19. According to the organizer, traffic control will take effect from 9 a.m. to midnight on both days, barring all traffic to the Pingxi area except shuttle buses, official vehicles, and vehicles of local residents.

On Feb. 19, five shuttle bus lines will be operated, which include the same three lines as on Feb. 16 plus the Keelung and Shuangxi lines.

The Keelung line starts at TRA Keelung Station and stops over at Dongxing Temple (東興宮) in Nuannuan District (暖暖區). All lines except the Shuangxi line operate from 9 a.m. to 7 p.m. on Feb. 19.

The newly added Shuangxi line is the only shuttle bus line that is free of charge. The Shuangxi line will operate from 12 p.m. to 9 p.m., with the starting point at TRA Shauangxi Station (雙溪車站). However, be aware that the last return bus for the line will leave at 9:20 p.m., which is about one and a half hours to two hours earlier than other lines.

All the return bus trips on the listed aslines will be free of charge.

In addition, TRA’s Pingxi Branch Line will operate under a different schedule on both days. For detailed information, please refer to the TRA website or the announcements at related stations. 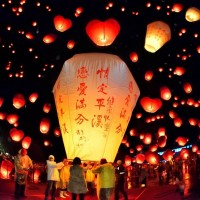