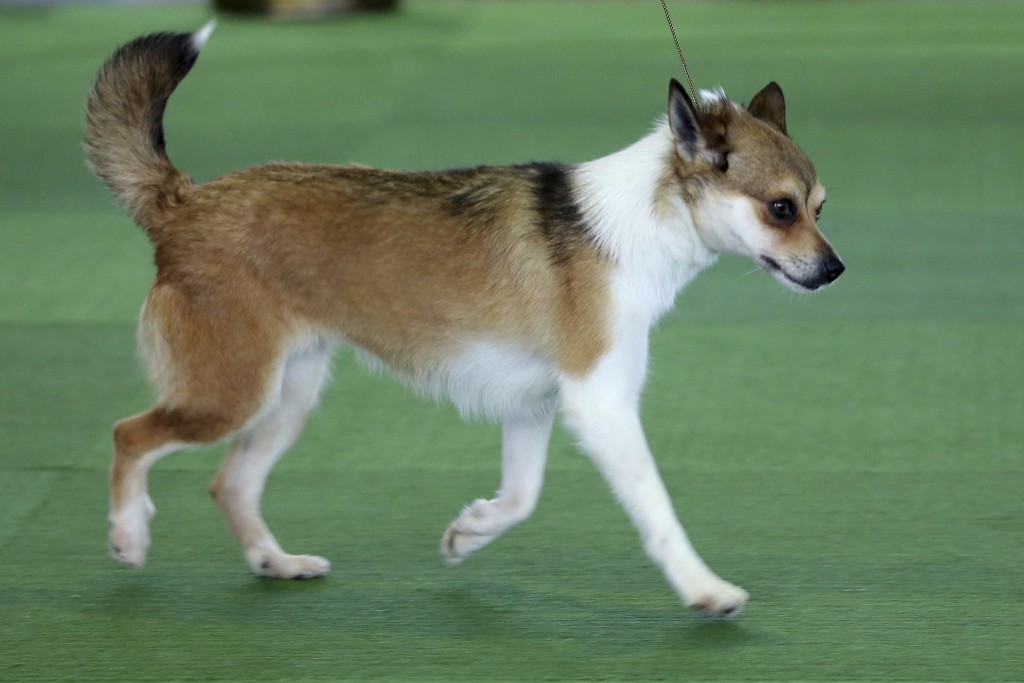 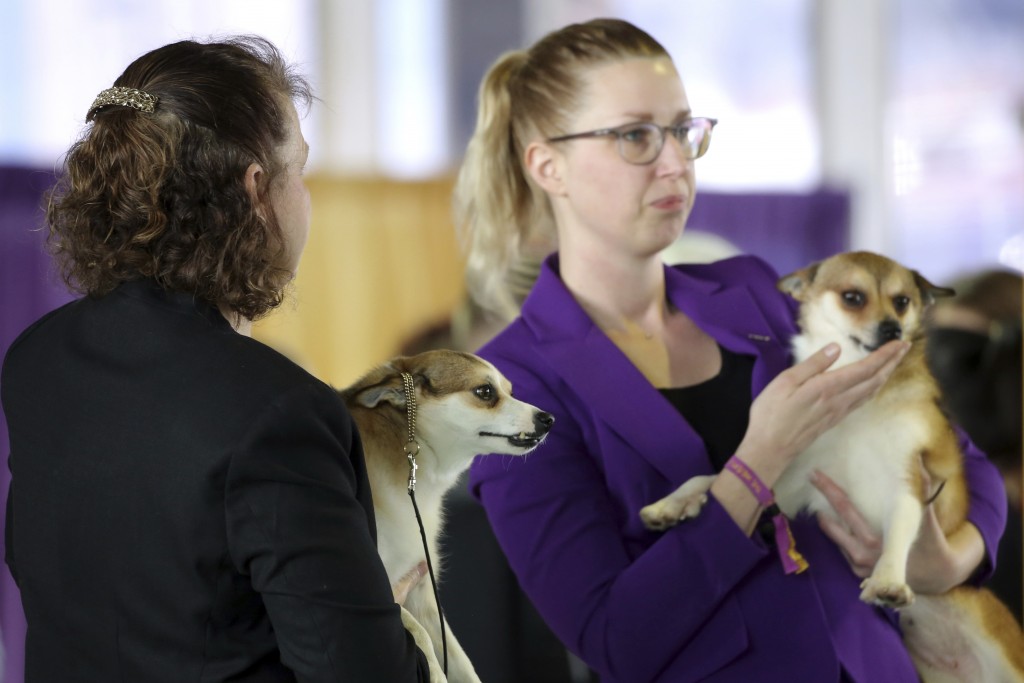 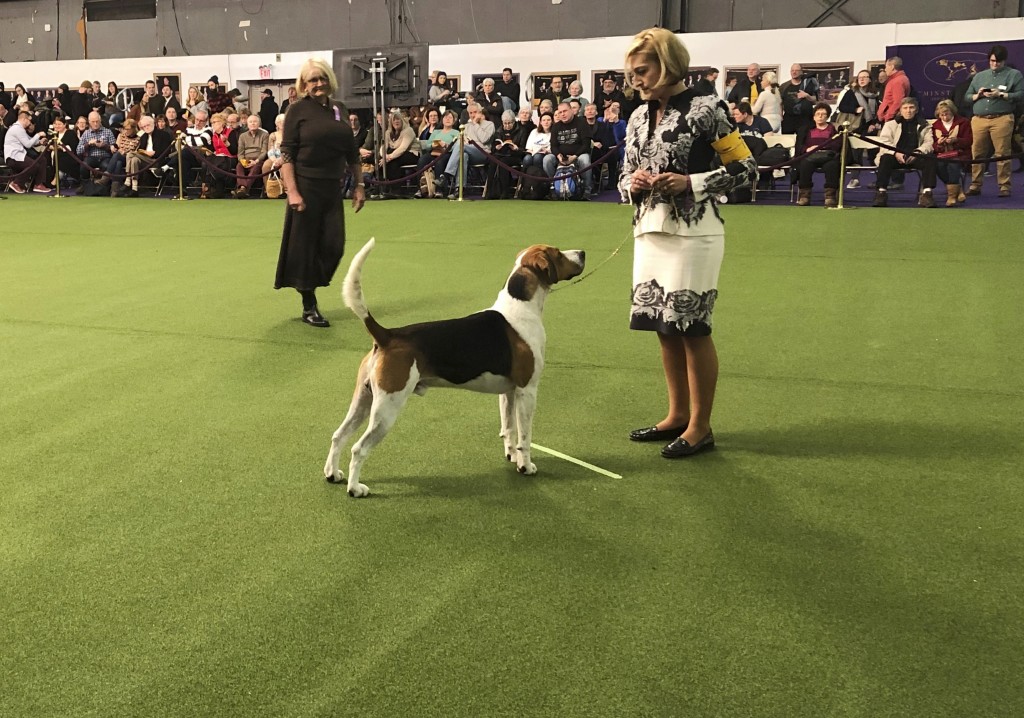 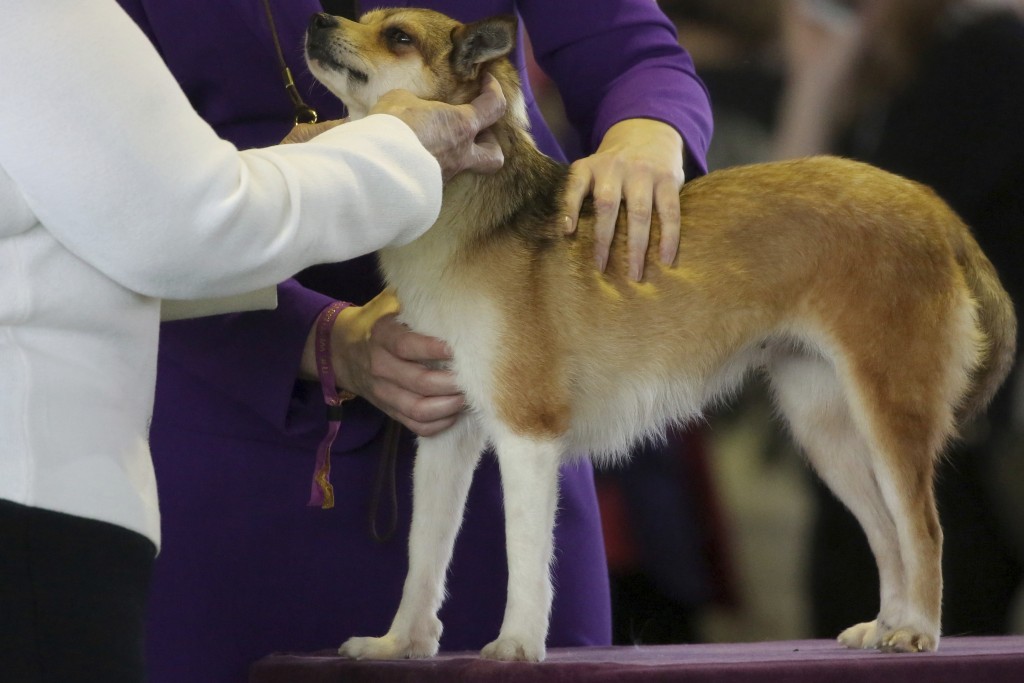 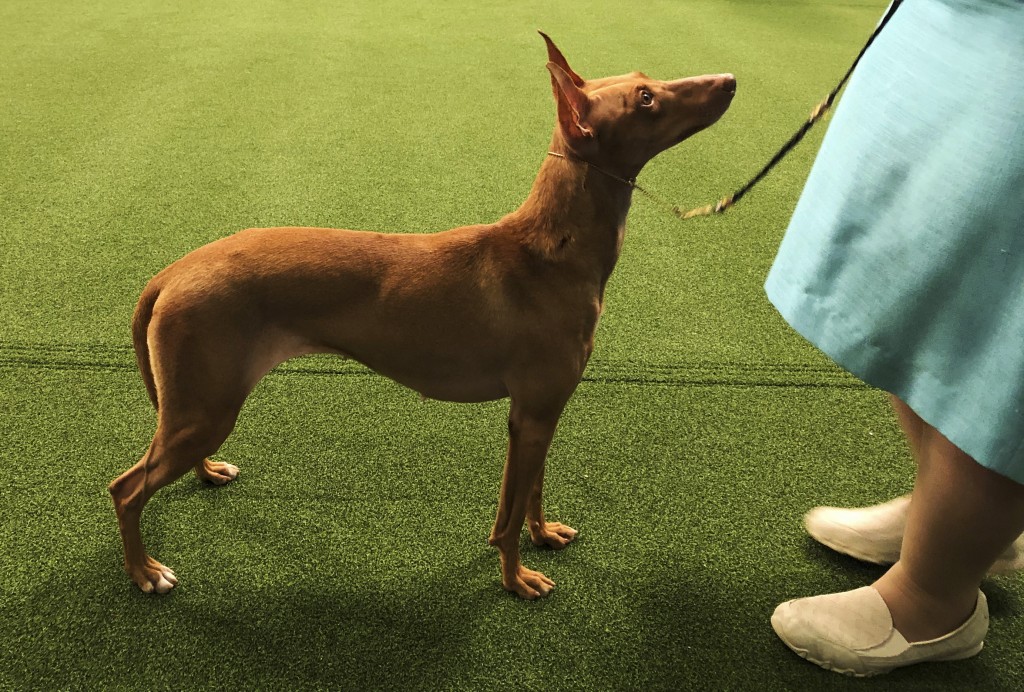 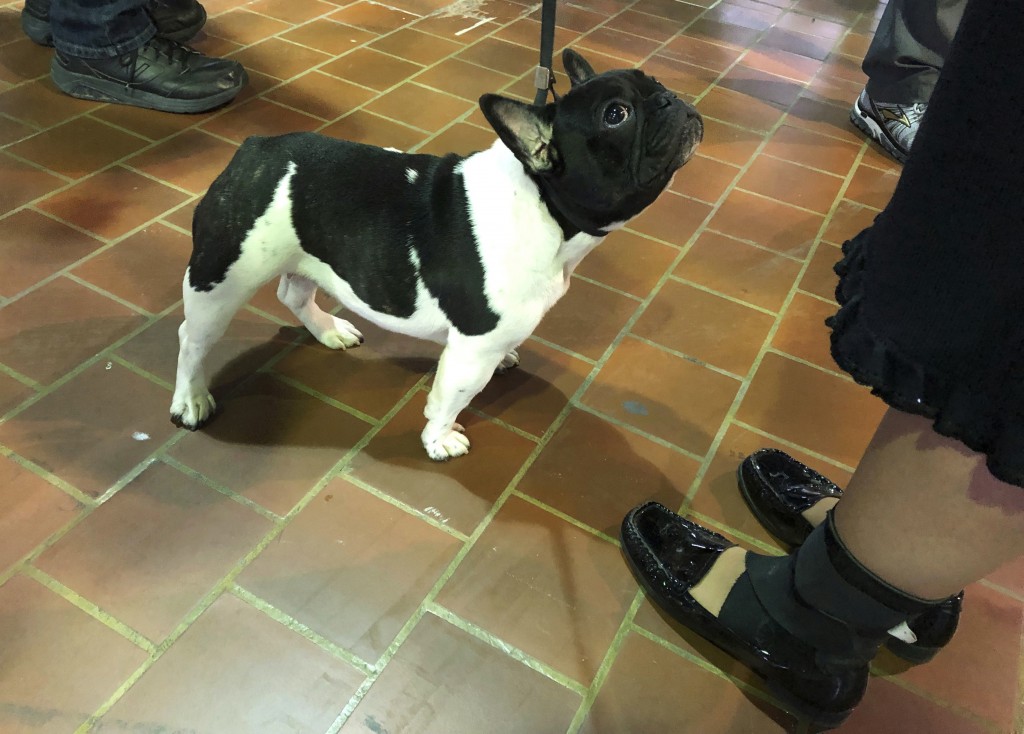 NEW YORK (AP) — Every dog breed has its day at the Westminster Kennel show. That day can start by facing off against dozens of dogs — or no others at all.

Outside the ring where as many as 48 French bulldogs vied Monday to be best of their breed, Peter and Tracy Rousseau kept a sense of perspective about the field their Norwegian lundehund would face later in the day.

A member of the rarest breed in the American Kennel Club's rankings, Eva was one of only two lundehunds at the nation's most prestigious dog show. Last year, she was the only one.

"We're trying to get people to understand this breed and have an opportunity to see" a small dog that is truly a breed apart, Tracy Rousseau said. Originally bred to hunt cliff-dwelling puffins, lundehunds have extra toes and extraordinary flexibility to help them climb.

"They're very unique," so much so that fanciers strive to make sure people realize the unusual feet aren't a deformity, Rousseau said.

To the Rousseaus, it's worth traveling from Franktown, Colorado, to New York just to get attention for lundehunds at Westminster, where Eva had a memorable turn in last year's televised semifinals. She stopped to scratch her ear and back while parading around the ring, drawing laughs from the audience.

On Monday, Eva's only competitor, Pikku, won the breed and took a turn on TV. Owner Carrie Riley of Rockwall, Texas, said she'd like to see more people take an interest in lundehunds.

Rarity and super-popularity are both seen as mixed blessings in canine competition, and sometimes in the purebred dog world as a whole.

Less competition in the breed ring makes it easier to reach at least the semifinals, which at Westminster means getting on TV. But that means facing other breeds that judges may know better. Points toward championship titles are based partly on how many dogs of the same breed a winner beats at a given show. And fanciers sometimes worry for the futures of their beloved breeds.

"This is a breed that is very much in danger of going extinct," Donna Smiley said after Cora, a harrier she co-bred, won the breed unopposed on Monday. Harriers have been a recognized breed in the U.S. since 1885, but they're now eighth-rarest in the AKC rankings.

"We'd love to get more folks interested in them, so we can keep the breed going," she said.

Cora wasn't the only dog rounding the ring alone Monday. An English foxhound named Whiskey was also on his own, representing the nation's second-rarest breed.

"It's very sad. They're a wonderful breed," smart, sometimes stubborn, but also sweet, handler Katie Bernardin said. "That's why we show them — to promote the breed."

The sole sloughi that was entered didn't show up. The athletic, greyhound-style dogs became eligible for Westminster just two years ago.

Overall, the more than 2,800 dogs that signed up to compete for Best in Show this year come from 203 breeds and varieties. That's every registered breed except the Chinook, a sled-puller that's the official state dog of New Hampshire.

Dogs such as French bulldogs and golden retrievers — the show's biggest entry, with 57 slated to compete Tuesday — have to best a crowd just to get past the breed ring.

Frenchies have rocketed from 76th to fourth in the AKC rankings in 20 years, the kind of surge that makes aficionados both proud and concerned about lax breeders trying to cash in.

"It's a great breed, and you want people to fall in love with it," Christine Dudney of Temple Terrace, Florida, said as she waited to show her French bulldog, Millie. "You just worry about people getting into it for the money aspect."

Some uncommon breeds do put together a robust presence for Westminster.

There were nine keen hound faces Monday in the Cirneco dell'Etna ring, though the rabbit-hunting breed is the seventh-rarest in the U.S. and debuted at Westminster only in 2016.

"The biggest thing for us is to represent the breed with the best dogs possible," said McDermott, a veterinarian in Ethel, Washington, "so that people can have more exposure to this breed as a possibility."