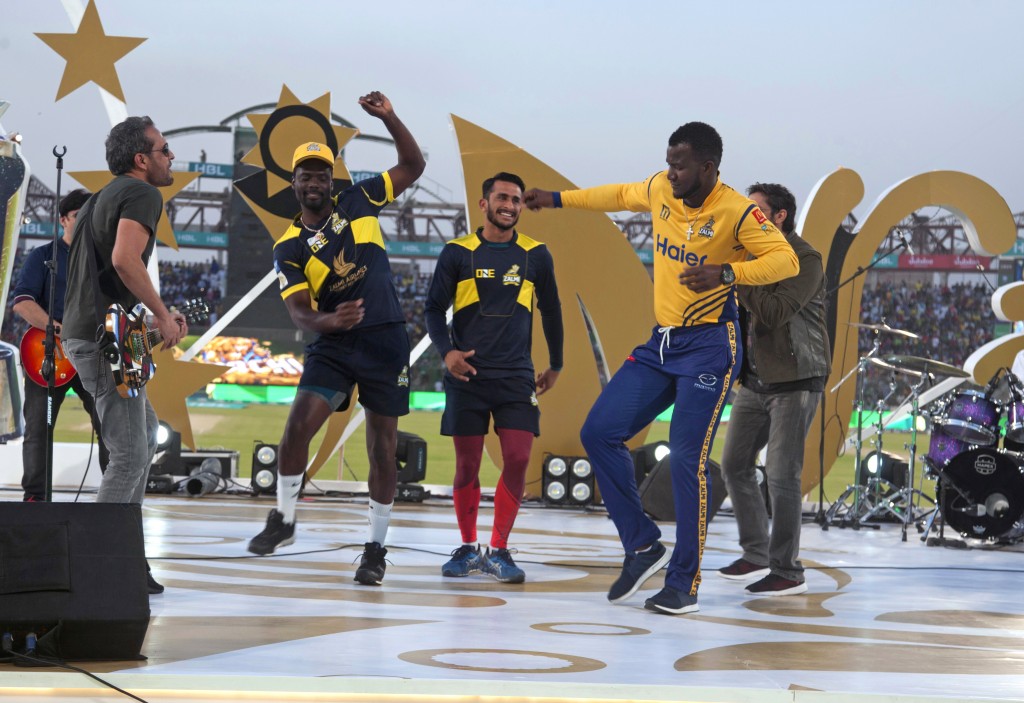 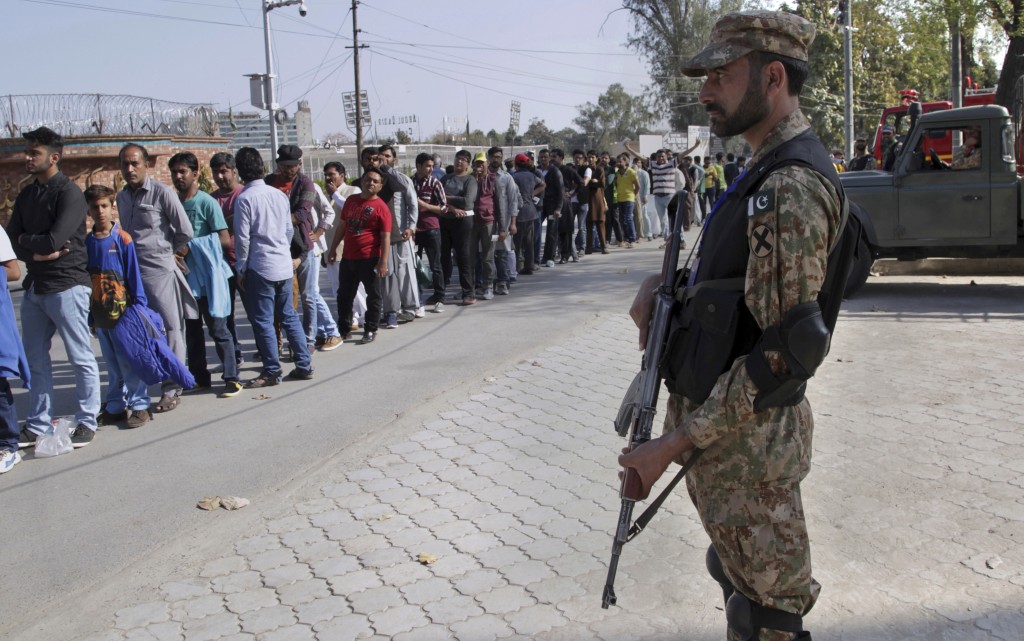 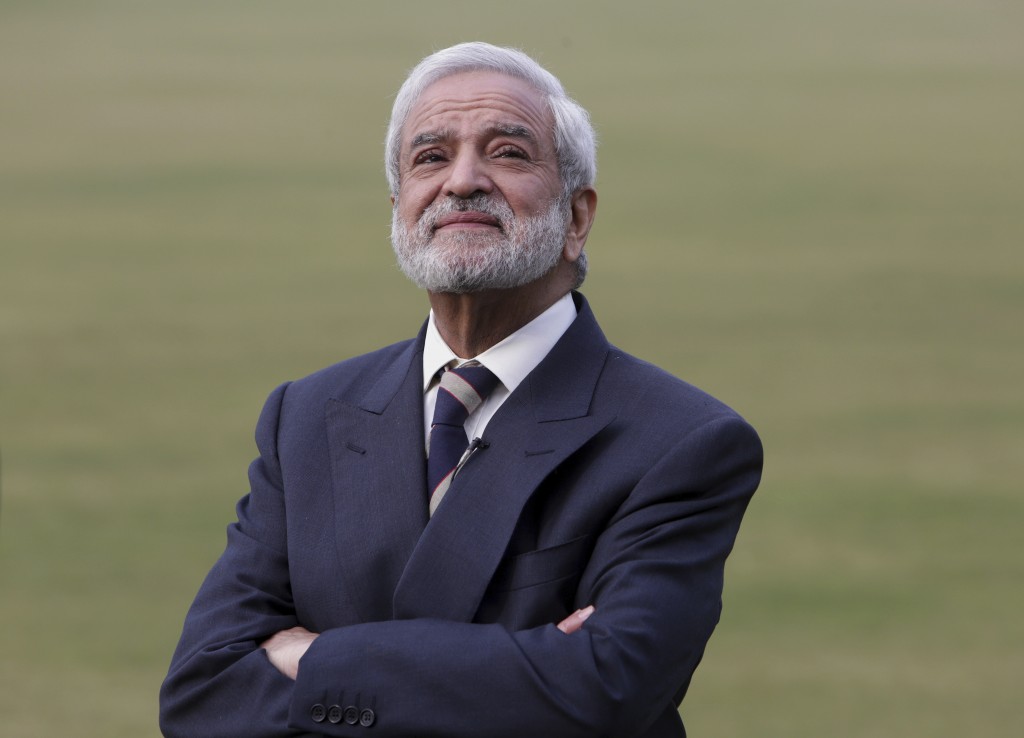 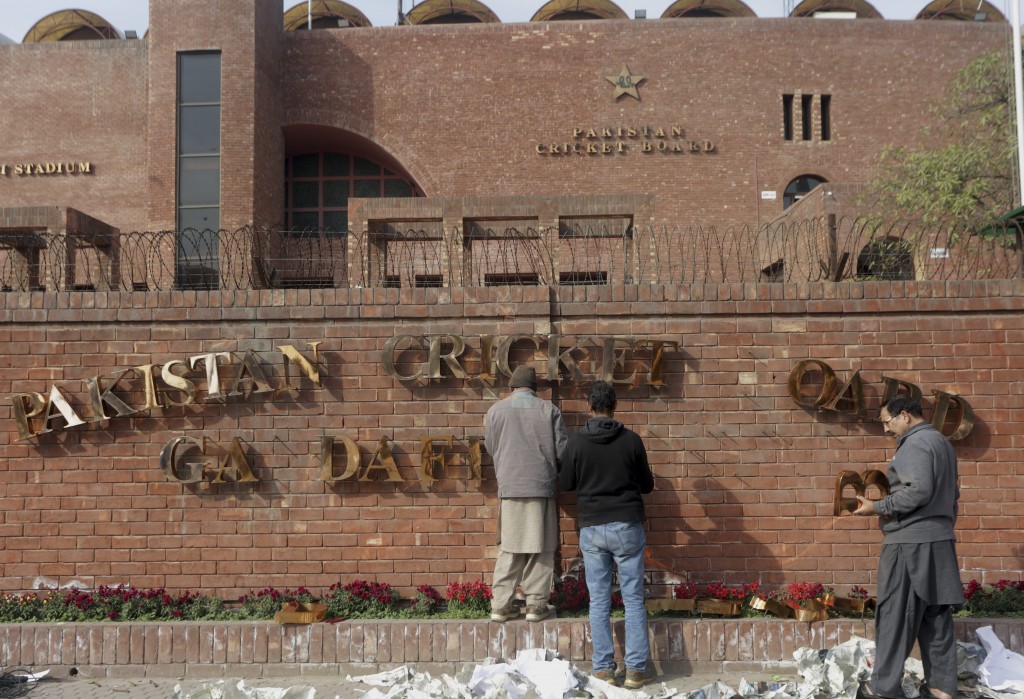 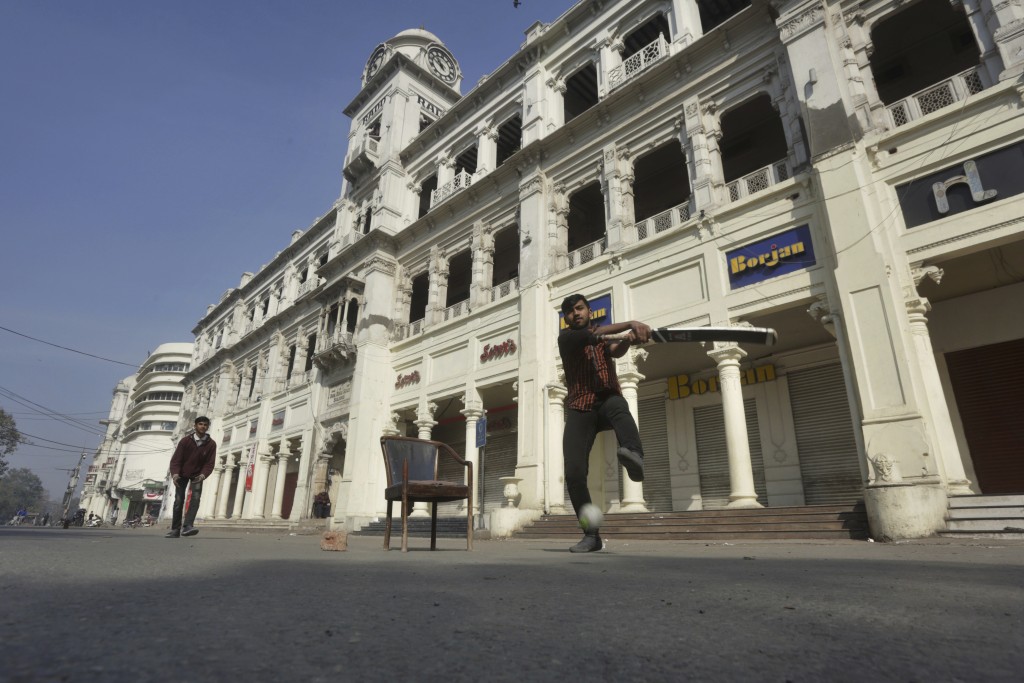 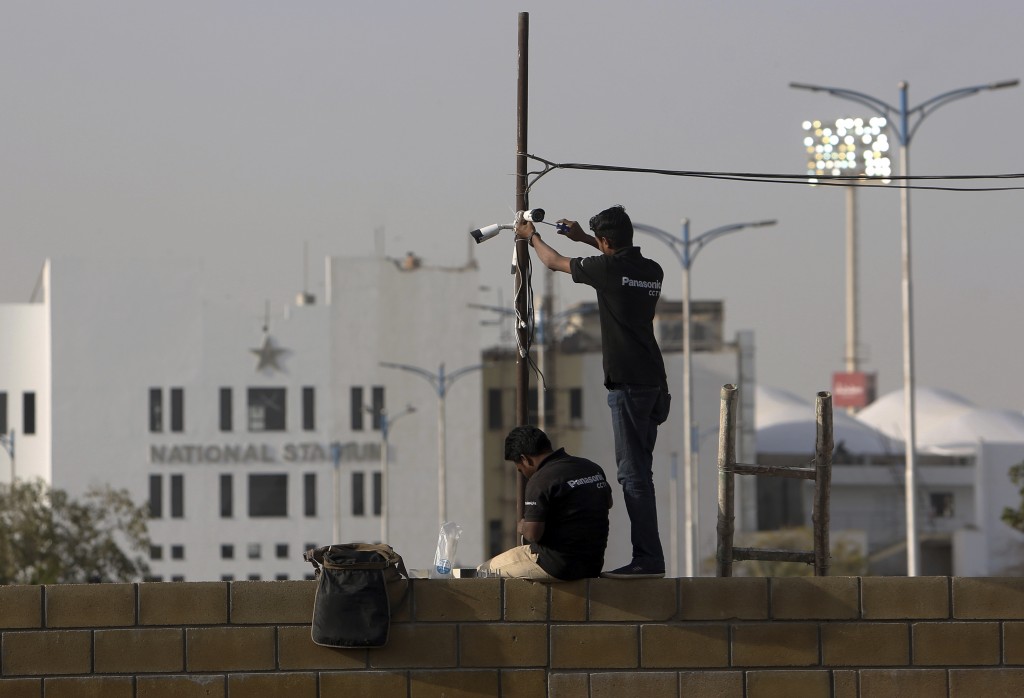 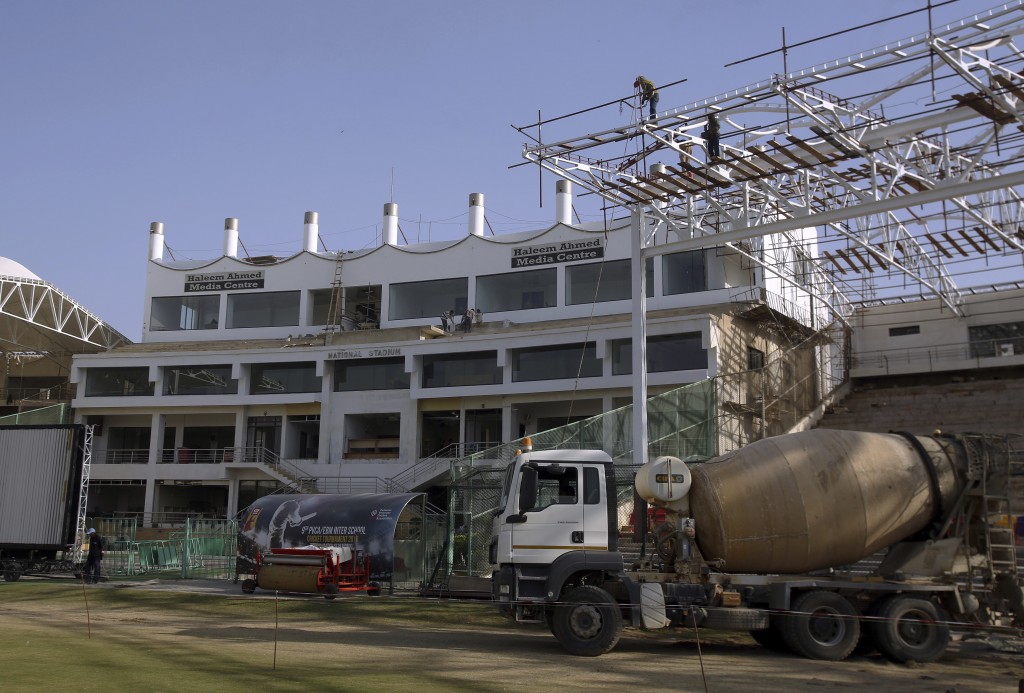 ISLAMABAD (AP) — The Pakistan Super League is not like any other Twenty20 cricket competition. It can't compete financially with the lucrative Indian Premier League in terms of player payments, yet it's a dream for some cricketers just to be playing in it.

For the Pakistan Cricket Board, it's considered a pathway to resuming fully-fledged international cricket on home soil.

It has been nearly a decade since a terrorist attack on the Sri Lanka team bus at Lahore in 2009 resulted in the suspension of international cricket in Pakistan, forcing the national team to play its 'home' games in the United Arab Emirates.

Pakistan cricket organizers also had no other option when launching their flagship T20 tournament in 2016 but to organize the entire first edition in the UAE.

But that started a step-by-step process to bring international cricket back to Pakistan, a country of more than 200 million and where cricket is the major sport. The 2017 PSL final was staged in Lahore, demonstrating that local security agencies could safeguard foreign players.

The 2019 edition, which starts in the UAE on Thursday, will feature eight games in either Lahore or Karachi involving all six franchises later in the tournament.

Pakistan Cricket Board chairman Ehsan Mani wants even more in 2020, telling The Associated Press, "I'd I like to see majority of the matches next year to be held in Pakistan."

Lahore and Karachi have been focal points of the push for more cricket on home soil, hosting Twenty20 games against a World XI, Sri Lanka and the West Indies. But progress is being held back by the lack of improvements to stadiums in cities such as Rawalpindi, Multan and Faisalabad.

"We have certain limiting factors," Mani said. "We need the other stadiums if we're going to bring all the matches back to Pakistan."

Mani took Pakistan cricket's top job soon after cricketer-turned politician Imran Khan, who is also the PCB patron, was sworn in as prime minister last year. Mani is now looking to Khan's government for funding to "help us bring these stadiums up to scratch."

Mani said the league was watched by more than 100 million people last year and its sponsorship and broadcast rights deals continued to grow rapidly despite Pakistan's economic situation.

"PSL is unique," he said. "It's an enormous market, and the best endorsement that PSL had is our commercial partners."

West Indies star Darren Sammy, who plays for Peshawar Zalmi, has become a household name in Pakistan after winning the 2017 final at Lahore and reaching the final in Karachi last year.

This year, South Africa's A.B. de Villiers will be representing Lahore Qalandars and has already promised to showcase his batting prowess at Gaddafi Stadium next month.

"There's no doubt there's a lot of goodwill now for Pakistan around the world," Mani said. "There's also no doubt that as more and more players come and play in the PSL, the level of confidence in the ability of Pakistan ... to organize matches in a secure and safe environment has increased."

Mani is hopeful that another incident-free PSL will encourage Bangladesh and Sri Lanka to return to Pakistan for full international series later in the year.

"We'll be engaging with them earlier rather than later to make sure that they have the comfort and security that they require to be able to come and play in Pakistan," he said.

Mani couldn't convince Cricket Australia to play at least two one-day internationals in Pakistan next month, with a five-match series instead going ahead in the UAE, but he said the Australians were committed to sending their security experts to the PSL to assess the situation.

"The perceptions of Pakistan will change," Mani said, "We've got no doubt about it."

"There's no doubt that ICC is comfortable to let its match officials come to Pakistan, to let its umpires and referees and others come here," Mani said. "That's a big endorsement on how Pakistan is going."

"Pakistan is now ready ... it's starved of international cricket," Khan said. "We need the youngsters to see our heroes playing here, not in the UAE or other part of the world."

Others, such as former Pakistan captain and now television analyst Ramiz Raja, suggest the PSL could create a feel-good factor among foreign players.

"The PSL is a great vehicle to further the case and is creating positive vibes about the country," Raja told The AP. "The foreign players have not only acted as ambassadors but are successfully pleading Pakistan's case to the world."

Respected cricket analyst Abdul Majid Bhatti said about 40 foreign players will be competing in PSL, and at least 30 are committed to travelling to Pakistan for the latter stages.

"Unless foreign teams play test matches in Pakistan, revival of international cricket looks difficult," he said, "but it's not impossible."

Fans in Pakistan see the PSL as an ideal platform for bigger things.

Foreigners "think Pakistan is a terrorist country, this is not like that," Karachi-based Tayyaba Aleem said. "There was lot of security here before and it's even beefed up more. So those who do not come, they should come."