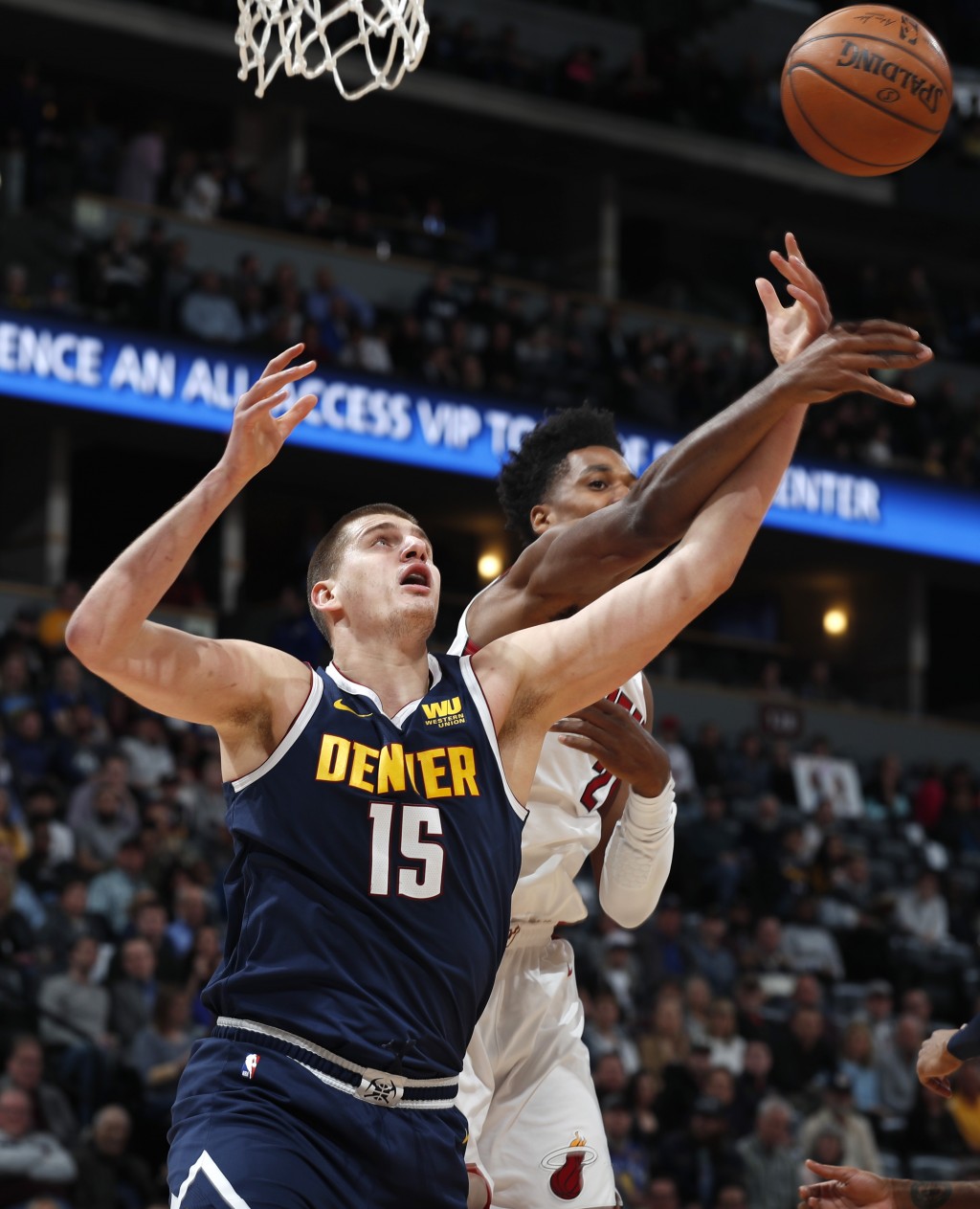 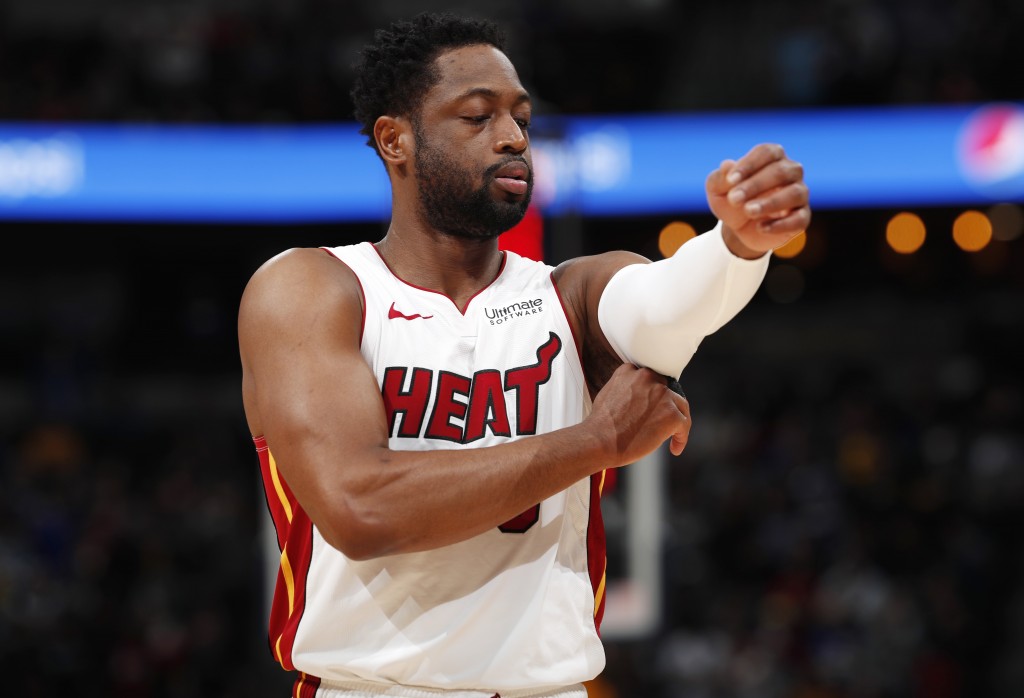 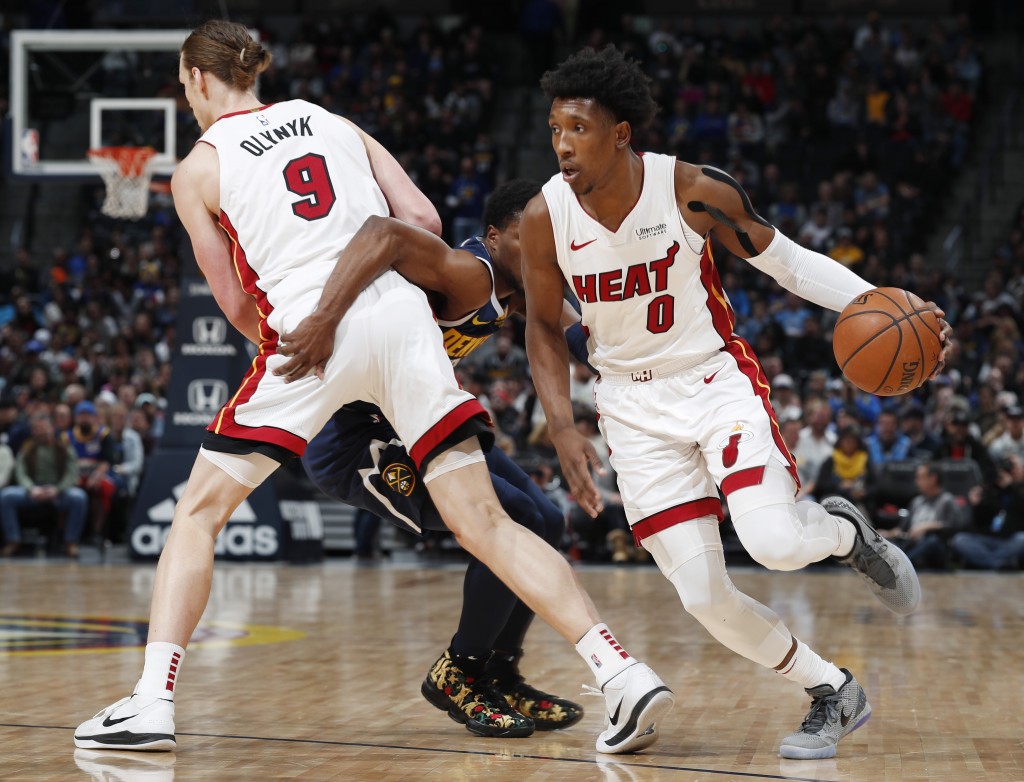 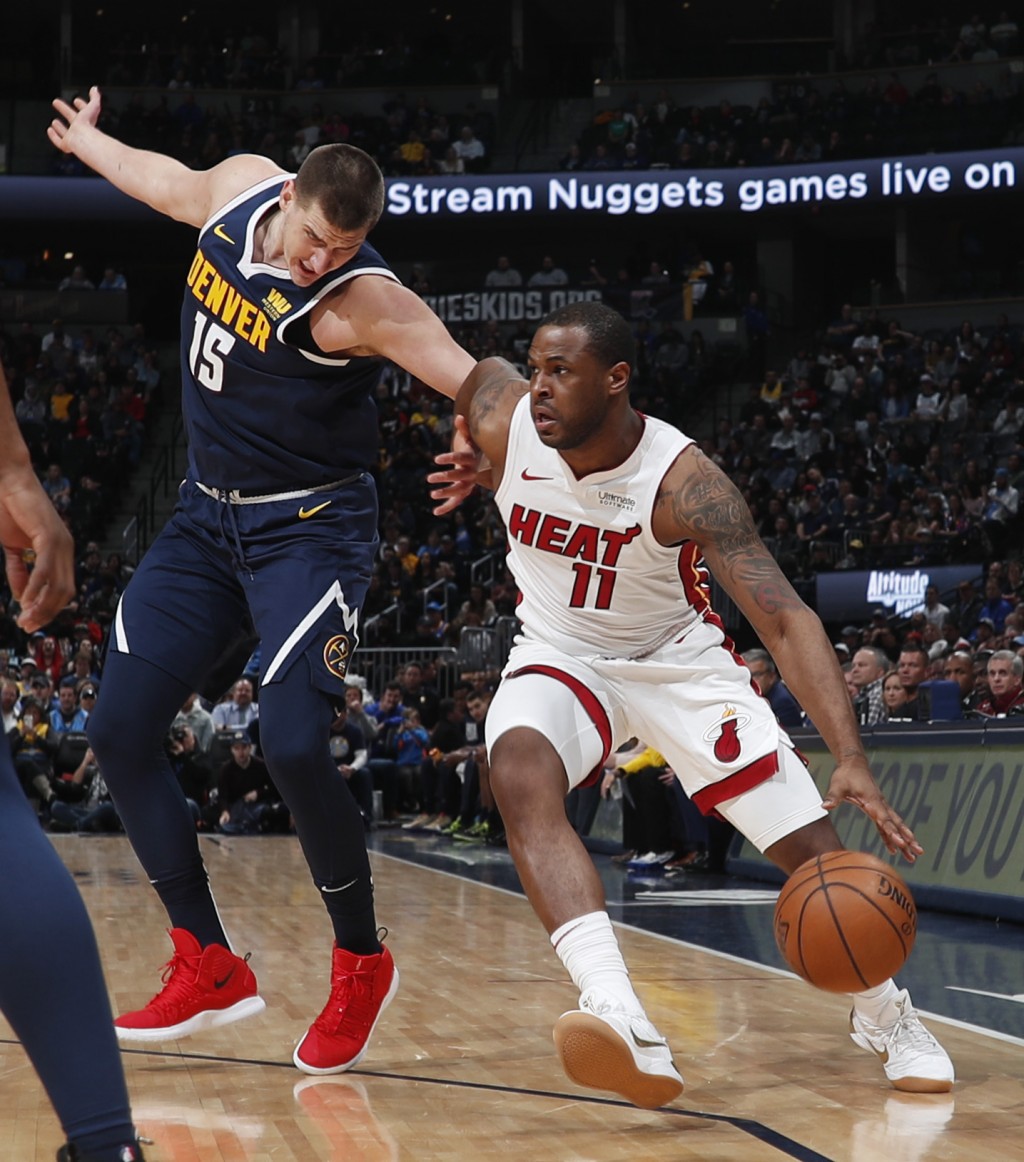 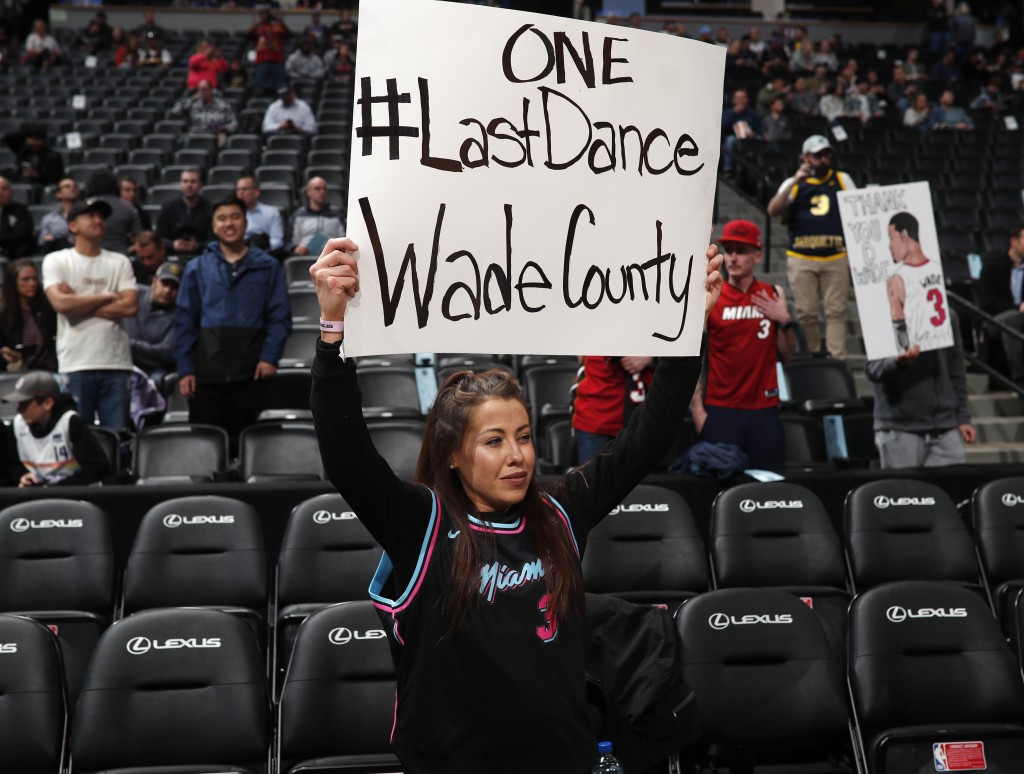 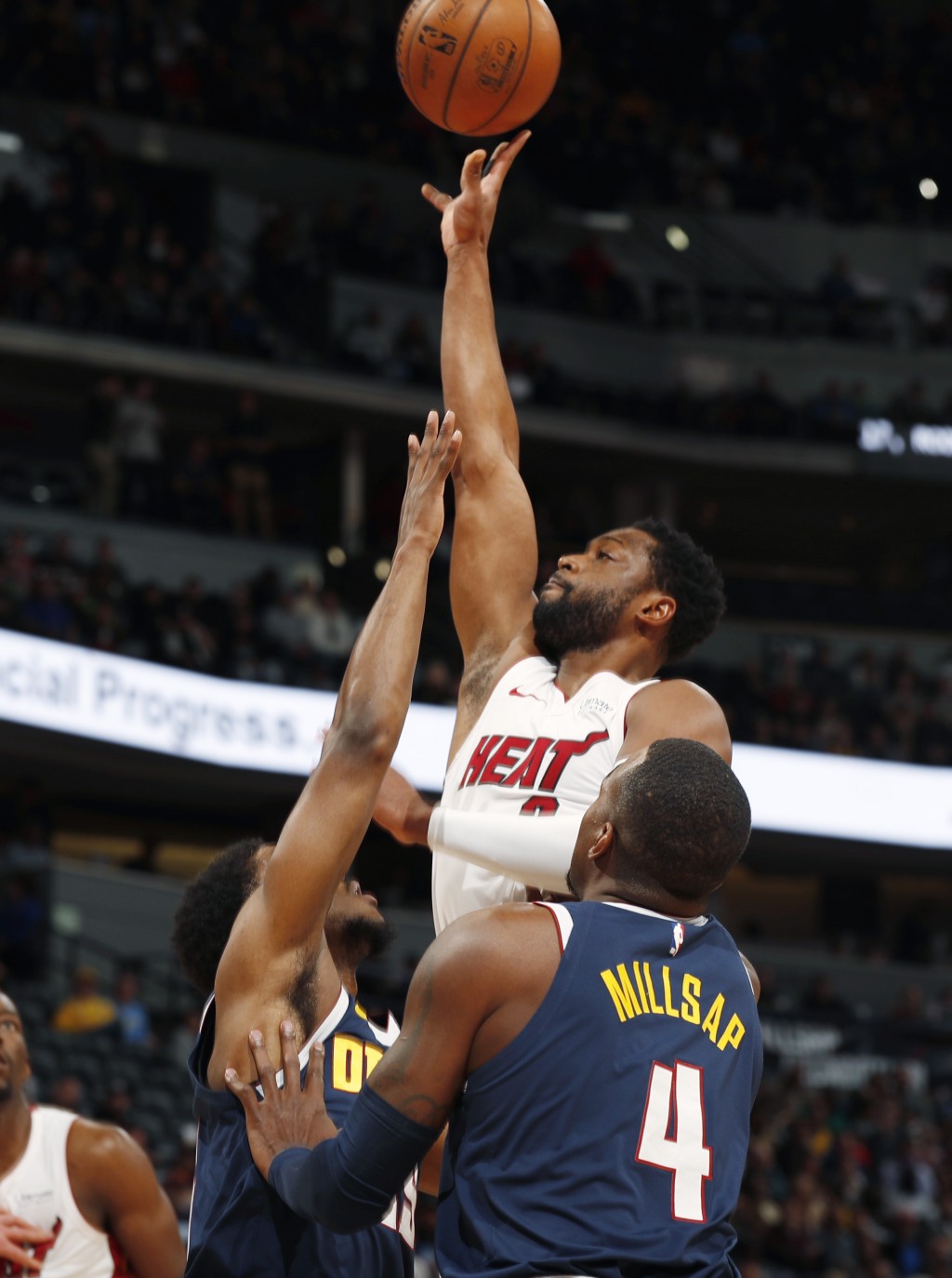 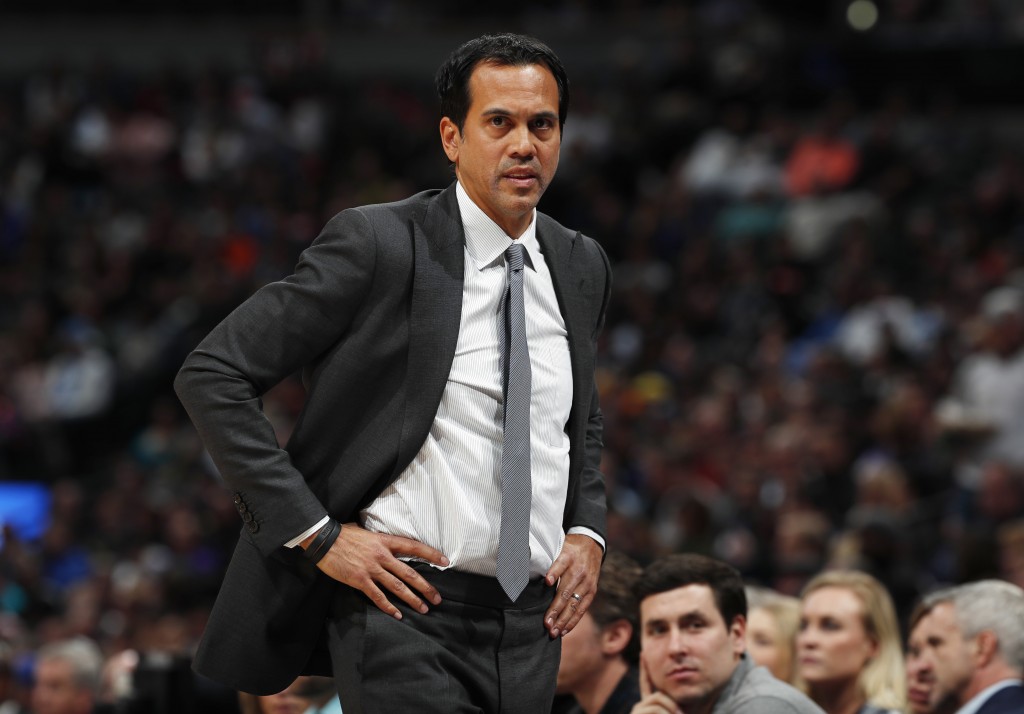 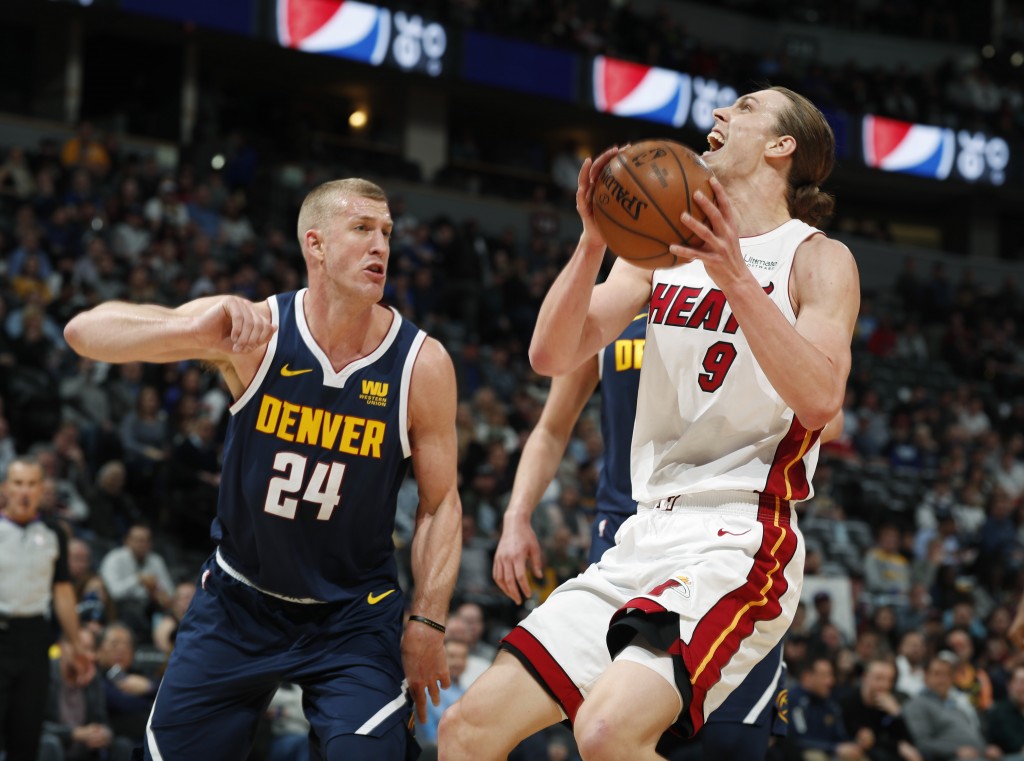 DENVER (AP) — The Denver Nuggets snapped a three-game skid with a 103-87 win over the Miami Heat on Monday night behind 23 points and 12 rebounds from Nikola Jokic and 20 points from Malik Beasley.

The Nuggets swept the season series from the Heat for the first time since 2008-09 and improved to 18-1 when holding opponents under 100 points.

Denver pulled away in the third quarter to avoid matching a season-worst four-game skid it had in November before recovering in a big way to soar into the upper echelon on the Western Conference.

The Nuggets struggled with 3-point defense in their losses at Detroit, Brooklyn and Philadelphia last week, yielding a combined 48 percent success rate from long range in their East Coast swing. And the Heat were coming off a heartbreaking two-point loss at Golden State on Sunday in which they sank 18 3-pointers.

"I hope they got all their makes last night and left that in San Francisco," Nuggets coach Michael Malone cracked before tip-off.

The Heat did go cold from long range, finishing 9 of 23 for a 27-percent clip.

The Nuggets regained their shooting touch, sinking 16 3-pointers including four in a 16-0 run they used to build a 75-57 lead with Will Barton and Jamal Murray each hitting two from behind the arc.

Jokic had a pair of 3-pointers as he scored Denver's final 8 points before the break, helping the Nuggets take a 54-49 halftime lead.

Heat coach Erik Spoelstra didn't want to harp on the Heat's 120-118 loss at Golden State a night earlier after the NBA said the Warriors' Kevin Durant should have been called for a discontinued dribble in his team's final possession.

Golden State made a pair of free throws on that possession, the final points of the game.

The league, in its Last Two Minute Report that is released after close games, said it reviewed multiple video angles to determine that Durant's dribble was not interrupted by the ball making inadvertent contact with the foot or shin of Winslow and "a discontinued dribble should have been called on Durant."

The NBA also opted not to fine Spoelstra for his postgame comments about the officiating and he emphasized that he wasn't blaming officials for Miami's loss.

"It's a double-dribble. Everybody can see it," Spoelstra said after the game. "Those are tough calls to make, but everybody saw it. It's right there in front of everybody. That should be a violation and you can't miss those calls. But we had our chances. Like I said, it was back and forth. The officials — so let's be clear about it, so I do not get fined — that's not why we lost."

Heat: Miami, the league's only team with more wins on the road, fell to 14-14 on the road. ... Spoelstra looked at the silver lining of facing the Western Conference's top two teams on back-to-back nights, saying before the game: "What do you want as a competitor? You want to be challenged, you want to be pushed. You want to find out what you're about collectively as a team. Can we bounce back? We've had two tough losses on the road. I prefer these times where you have a tough loss and can bounce back 24 hours later, rather than wait and stew and brew."

Nuggets: The Nuggets honored the late Irv Brown during a first-quarter timeout with a video tribute to the former University of Colorado baseball coach, NCAA referee and longtime Denver sports broadcaster who died Feb. 3. ... In the first quarter, Mason Plumlee and Torrey Craig both missed breakaway dunks. ... The Nuggets improved to 24-4 at home.