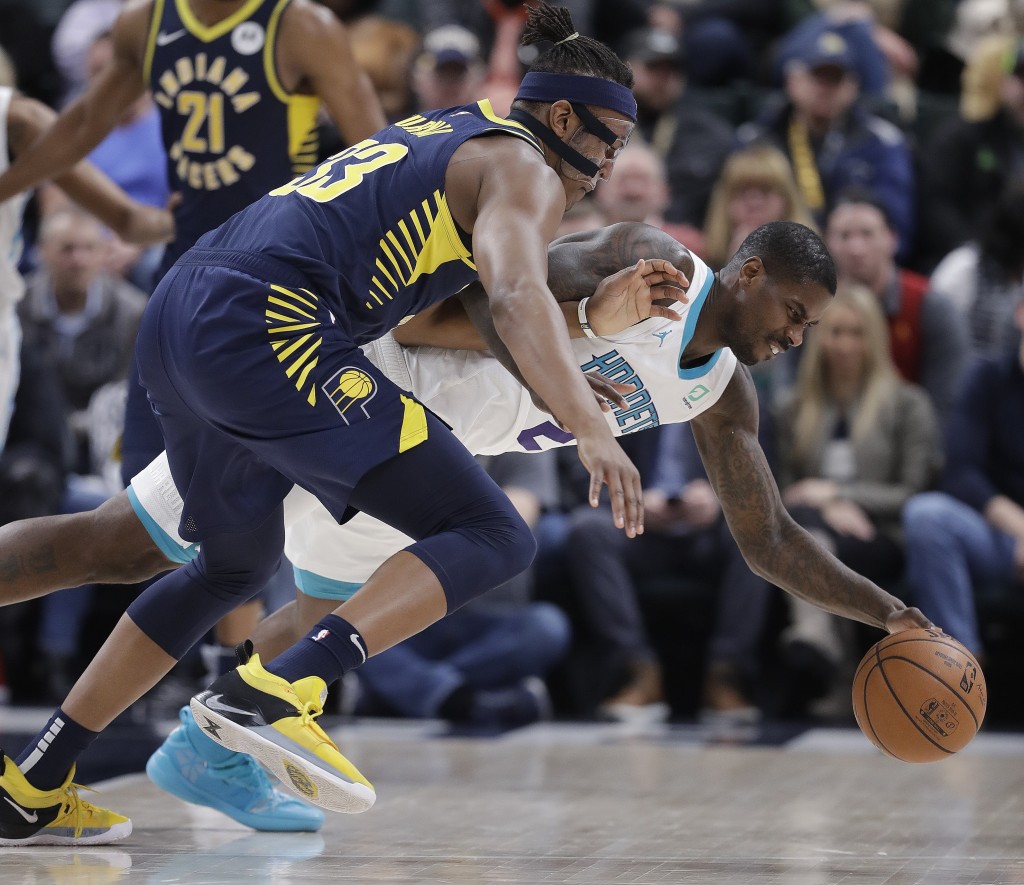 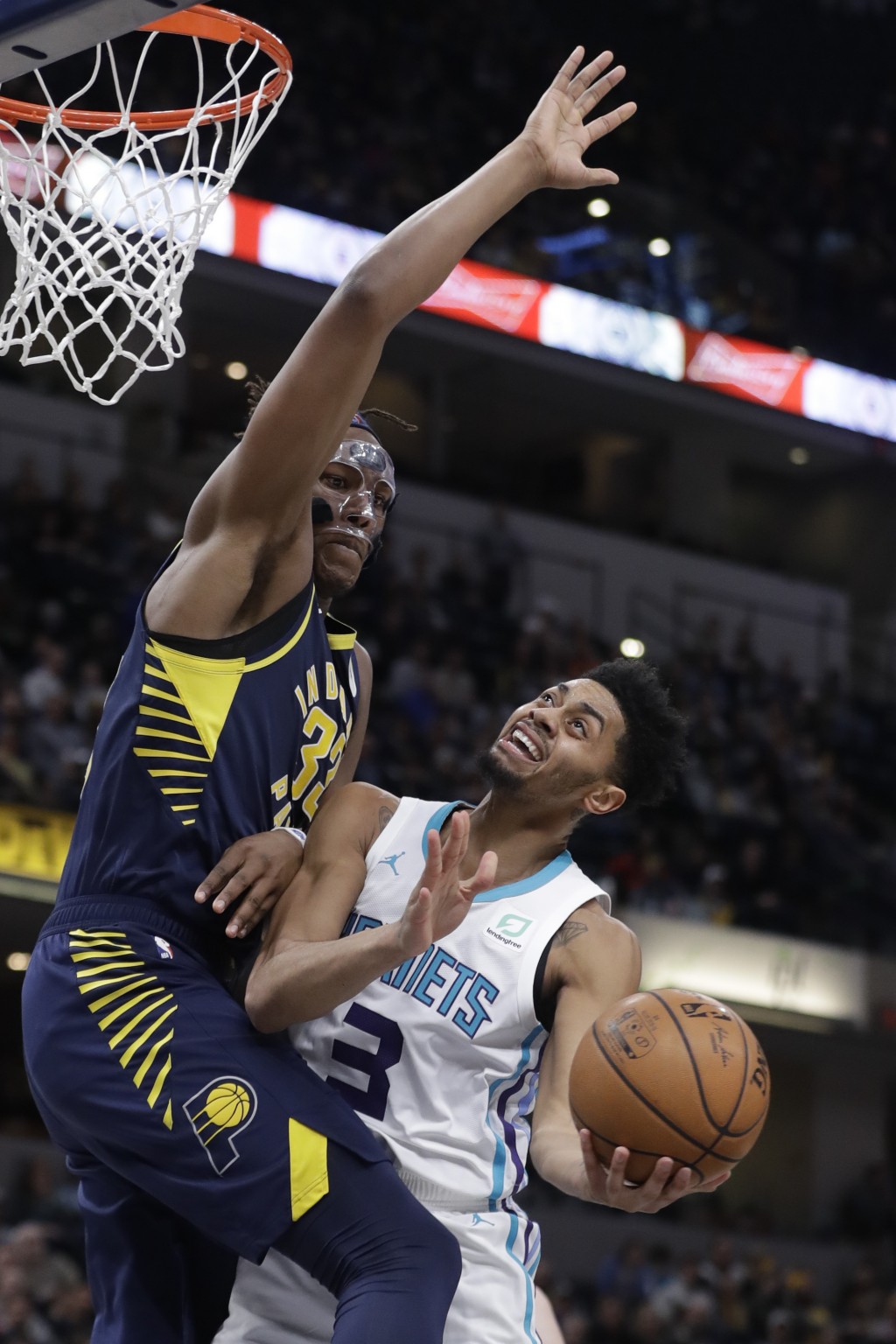 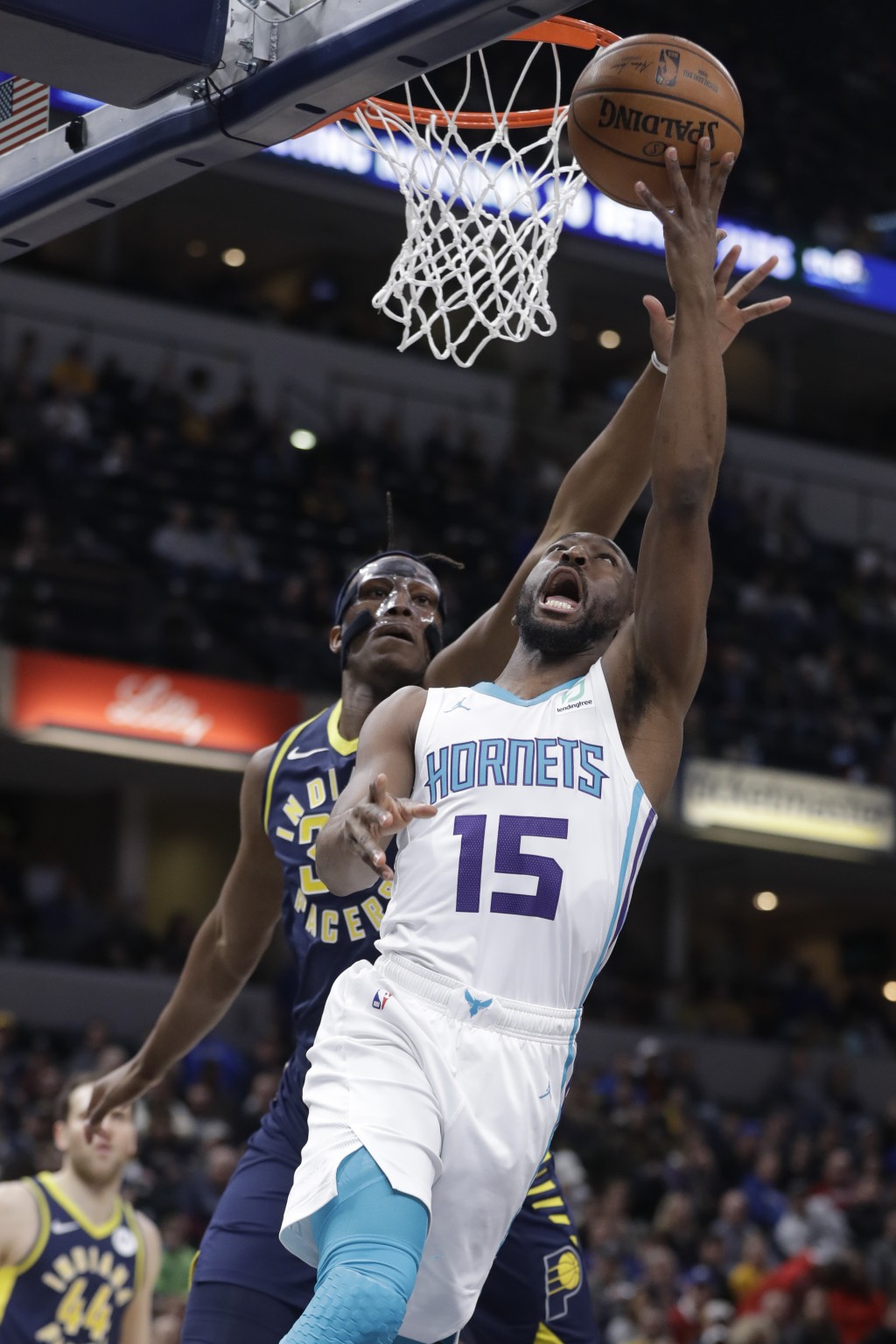 INDIANAPOLIS (AP) — Myles Turner scored 16 points and Thaddeus Young added 11 points and eight rebounds on Monday night to help the Indiana Pacers hold on for a 99-90 victory over the Charlotte Hornets.

The Pacers have won six straight — all without two-time All-Star guard Victor Oladipo, who will miss the rest of the season with an injured right knee.

Kemba Walker scored 26 of his 34 points in the second half when the Hornets stormed back from a 16-point halftime deficit. Jeremy Lamb added 21, but it wasn't enough to prevent Charlotte from losing for the third time in four games.

Walker's second-half scoring flurry sure made it interesting, though.

Then, Walker finally got started. He scored half of the Hornets' points in a 10-3 spurt to open the third quarter, made three consecutive free throws to get Charlotte within seven at 64-57 and knocked down a 3-pointer to make it 72-71 with 1:02 left in the third.

But Indiana closed out the quarter with back-to-back baskets from Turner and Darren Collison, opened the fourth quarter on an 8-0 run to rebuild an 85-71 lead with 8:48 to play and closed out the victory when new guard Wesley Matthews knocked down a long 3 before the shot-clock expired and Turner's basket made it 94-82.

Pacers: Matthews started his first game in Indy and finished with eight points, five rebounds and three assists after signing with Indiana on Sunday. ... The Pacers have won at least six straight three times this season, their highest single-season total since 2003-04. ... Coach Nate McMillan moved within three wins of matching Isiah Thomas for No. 6 on the career victory list (131) in the Pacers' NBA franchise history. ... Turner also had eight rebounds and three blocks. ... Bojan Bogdanovic had 14 points, while Thaddeus Young had 11 points, eight rebounds and six assists. ... Darren Collison had 13 points and eight assists.

Hornets: Hope to extend a 13-game winning streak over the Magic when they visit Orlando on Thursday.