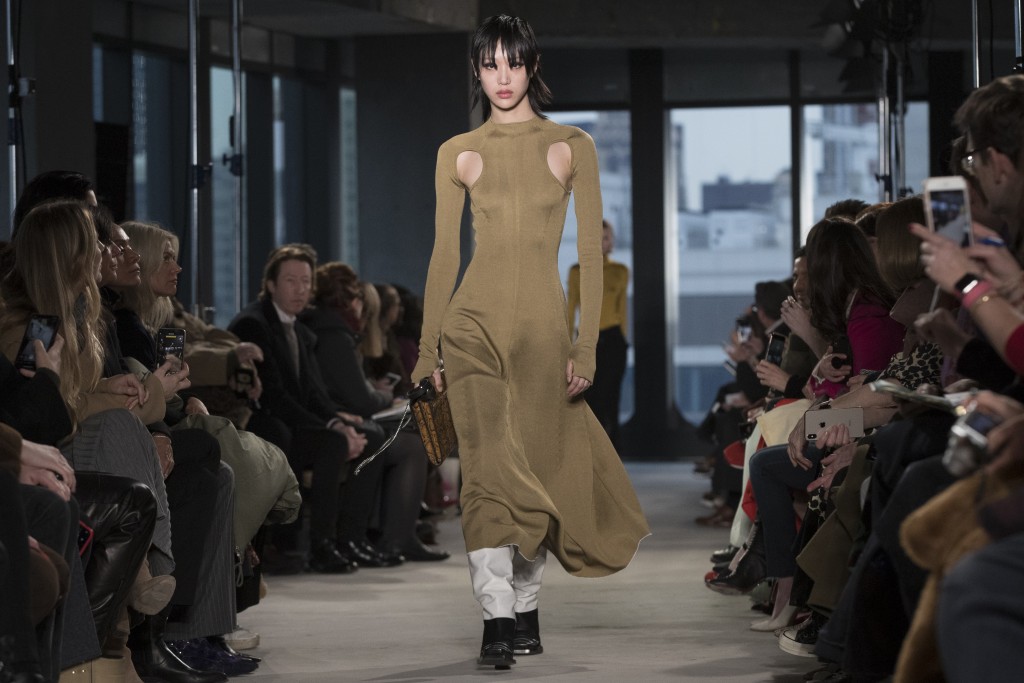 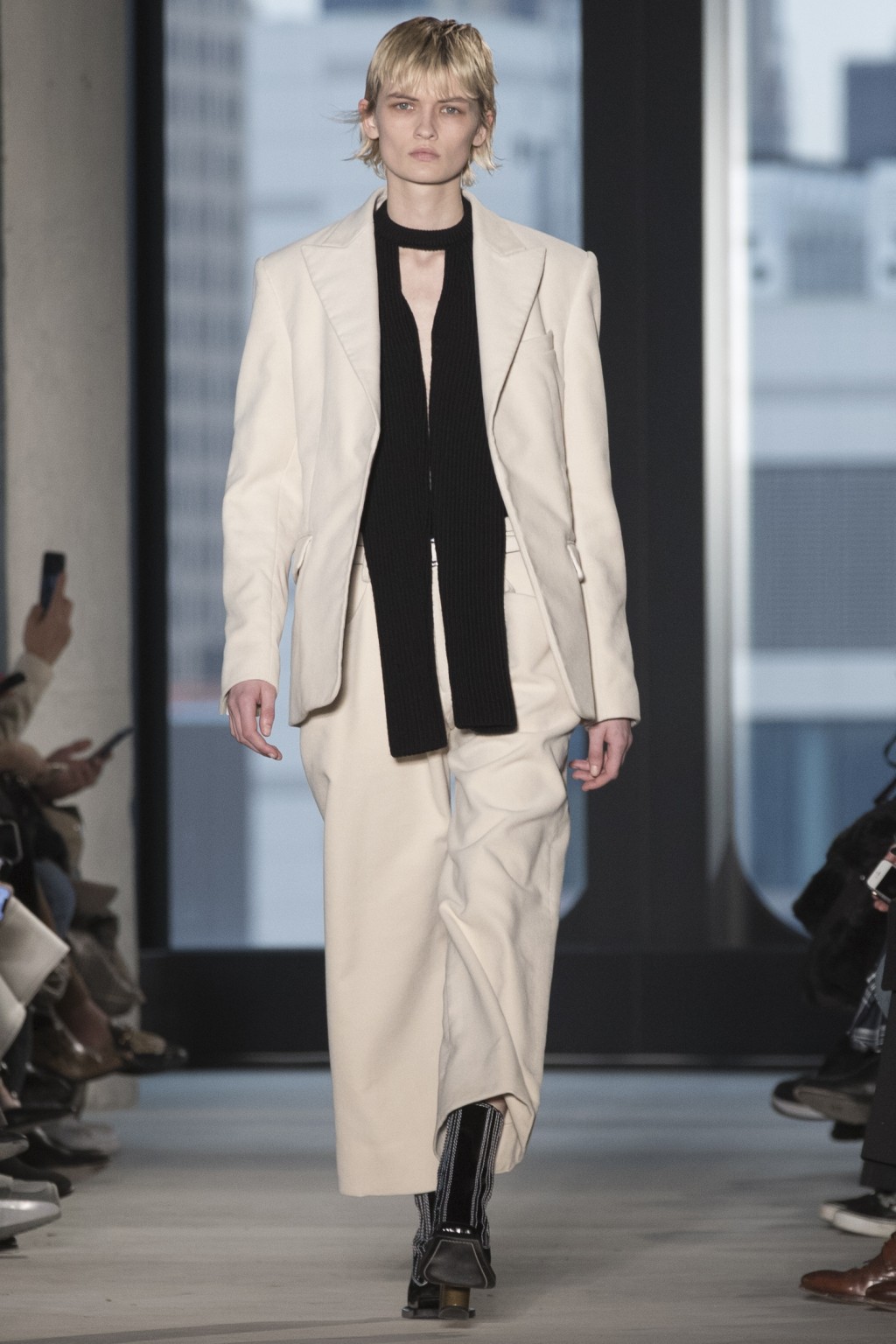 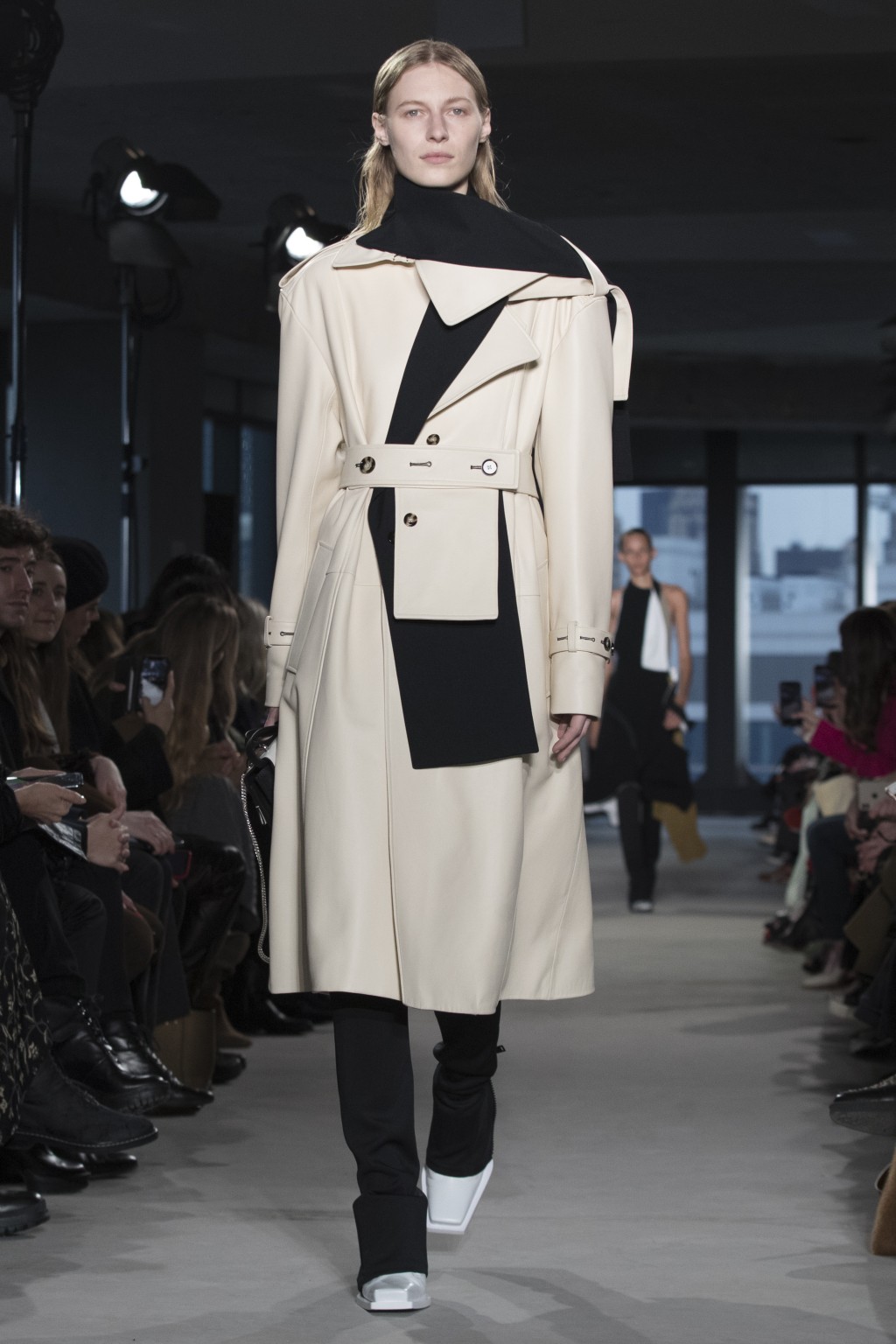 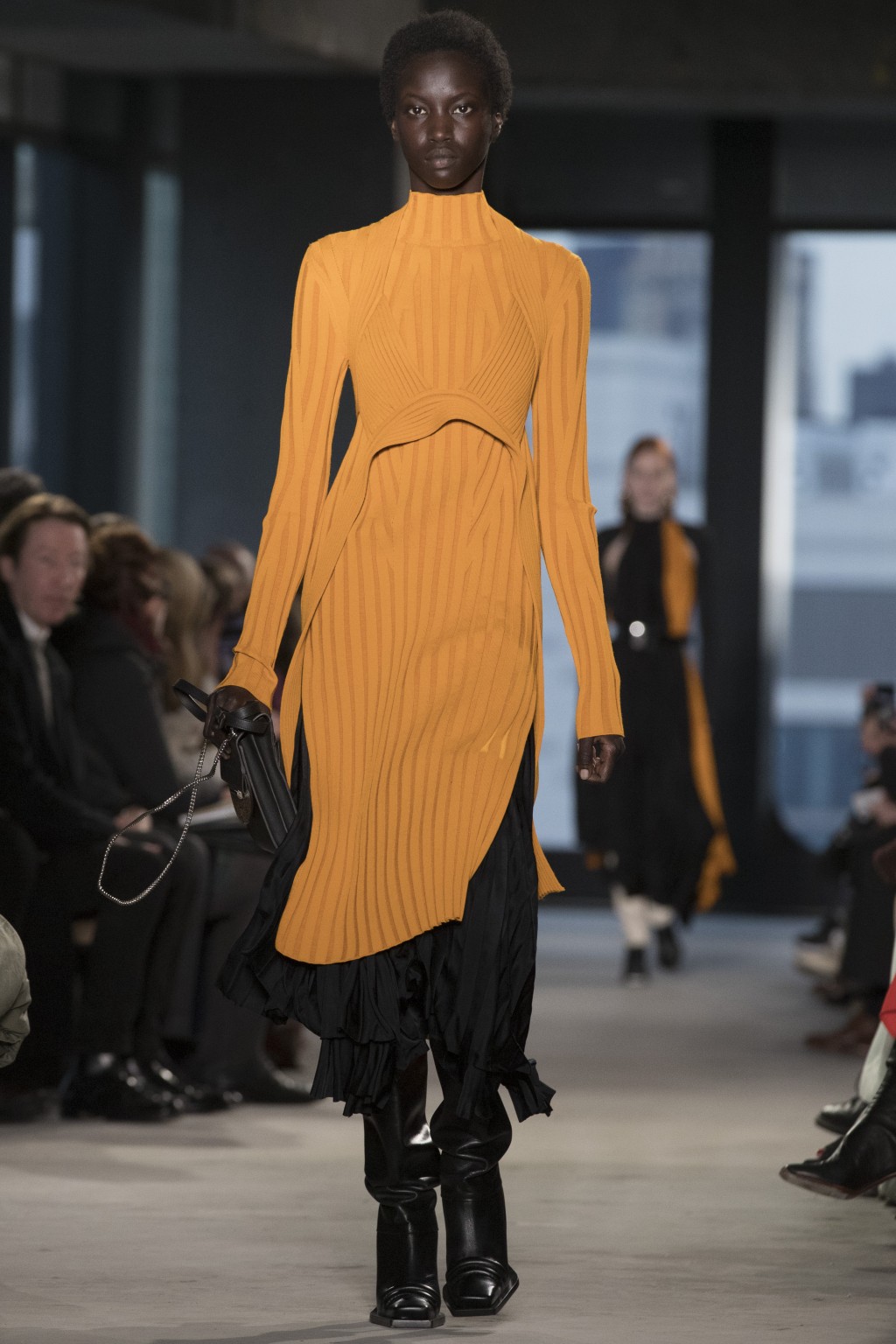 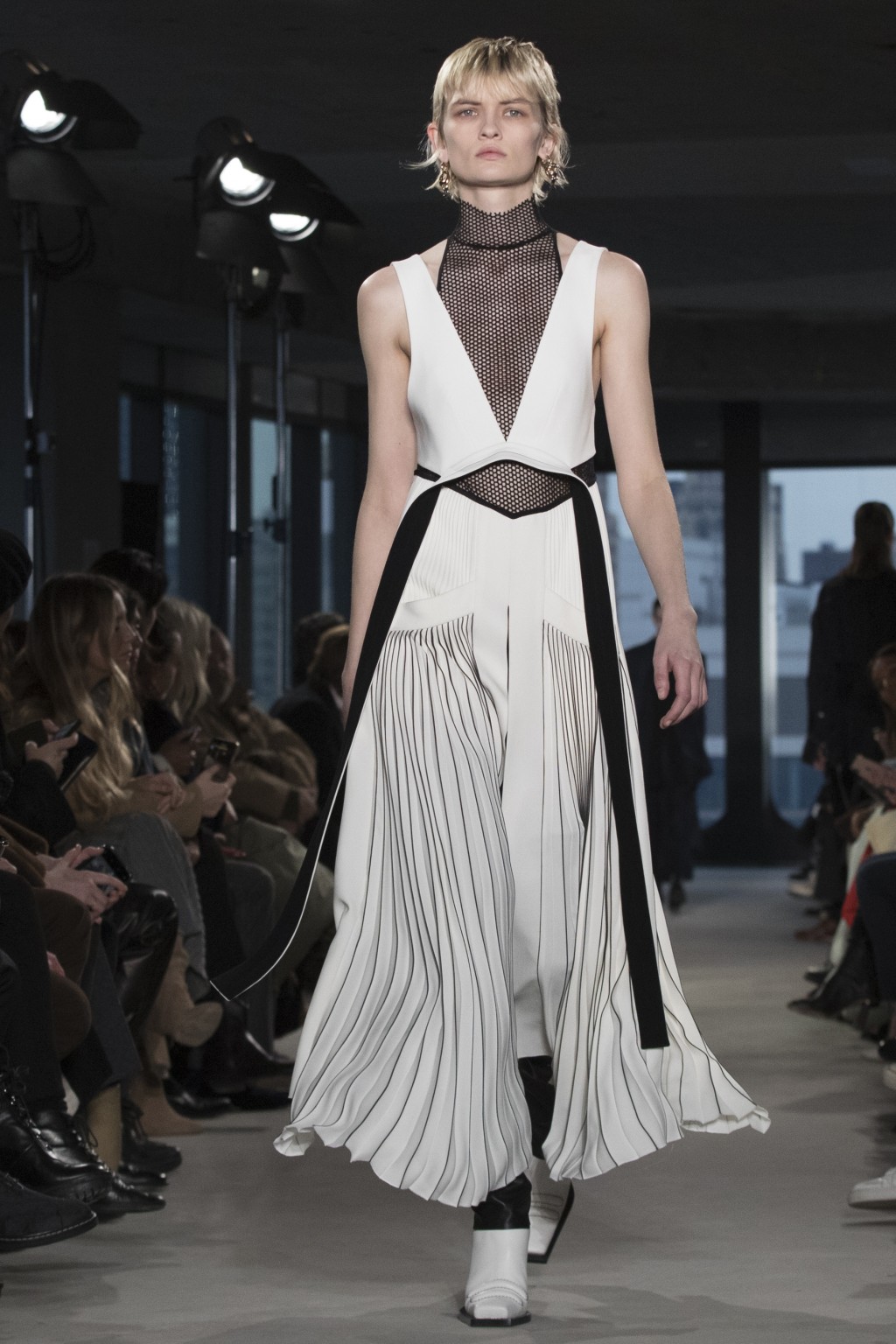 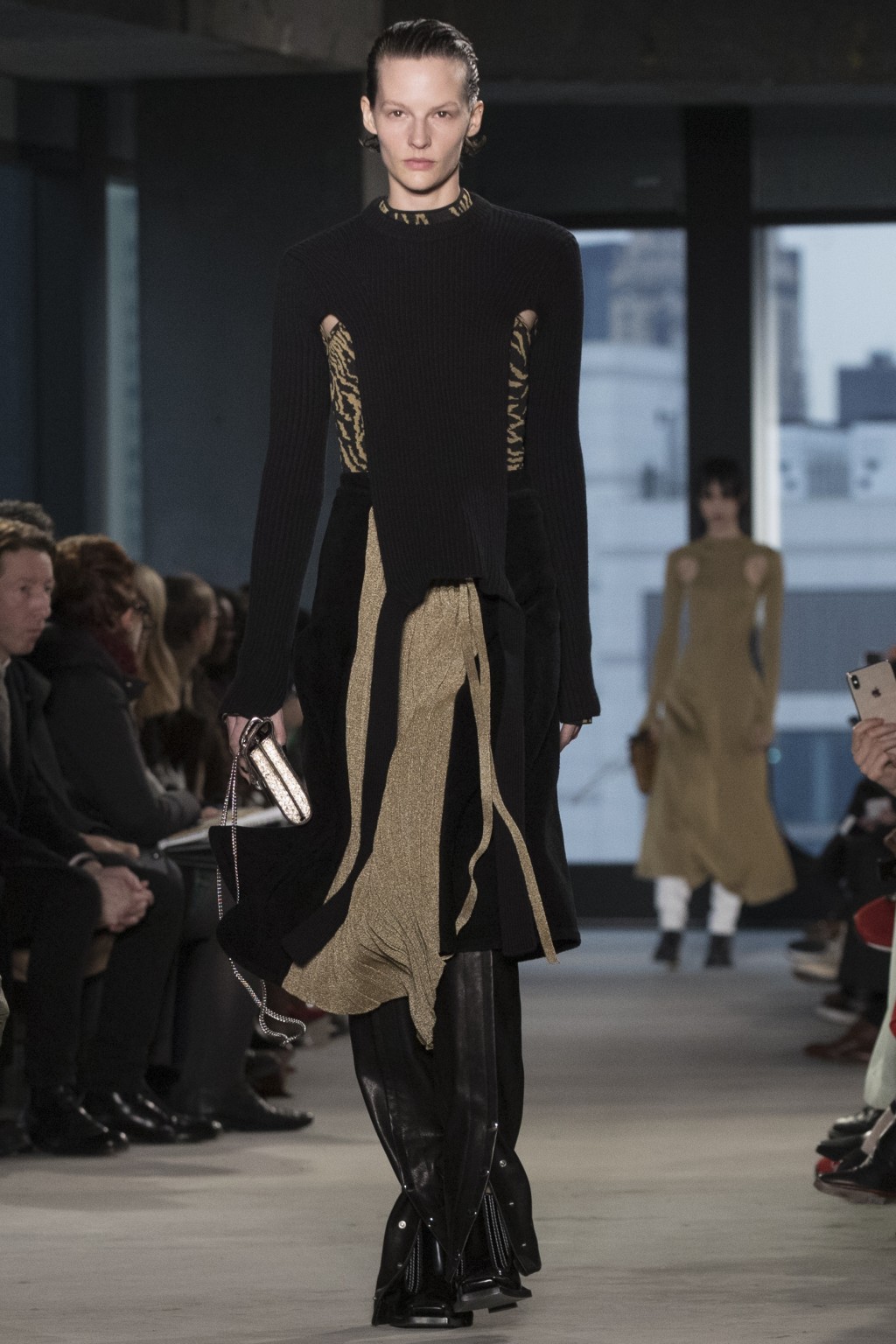 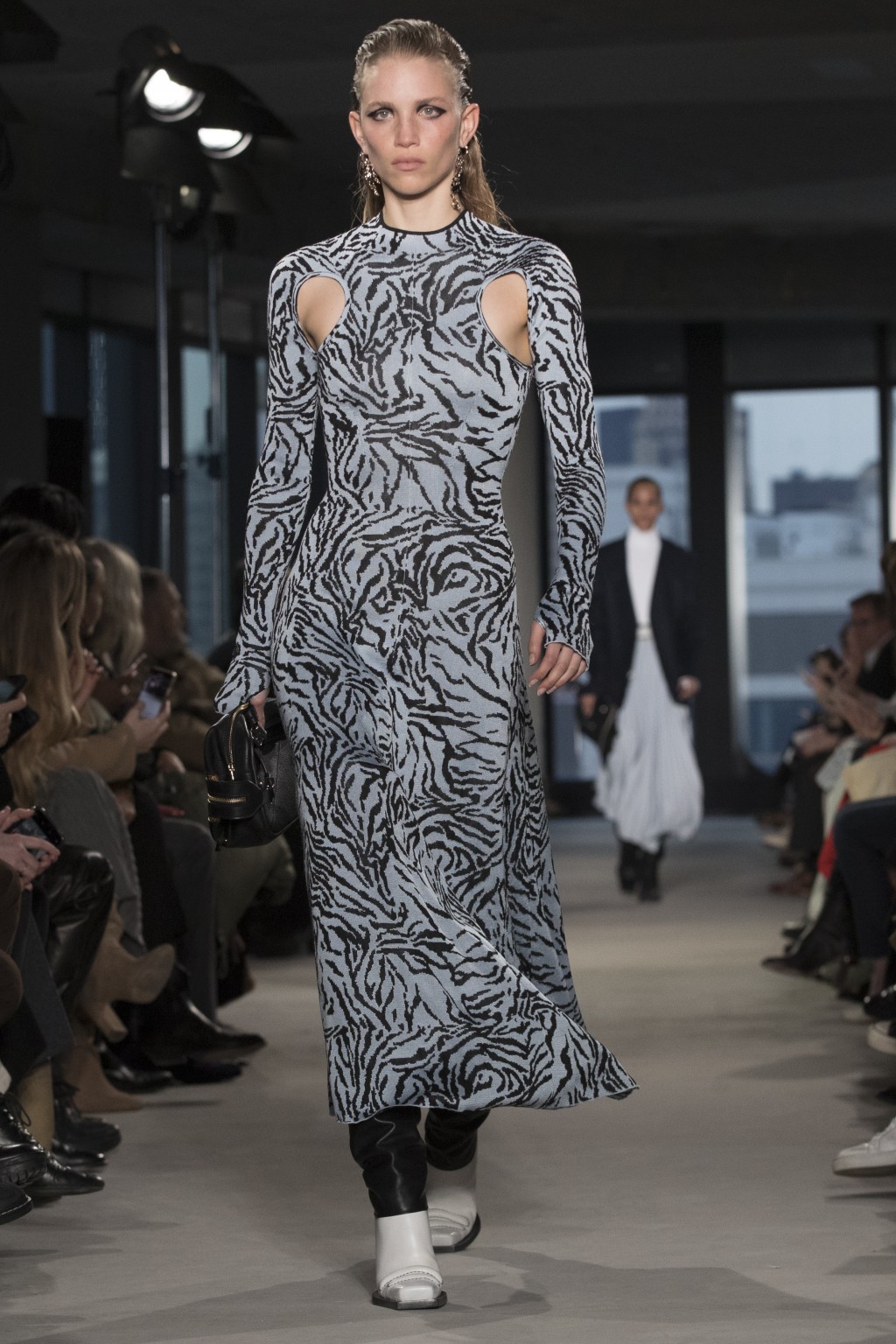 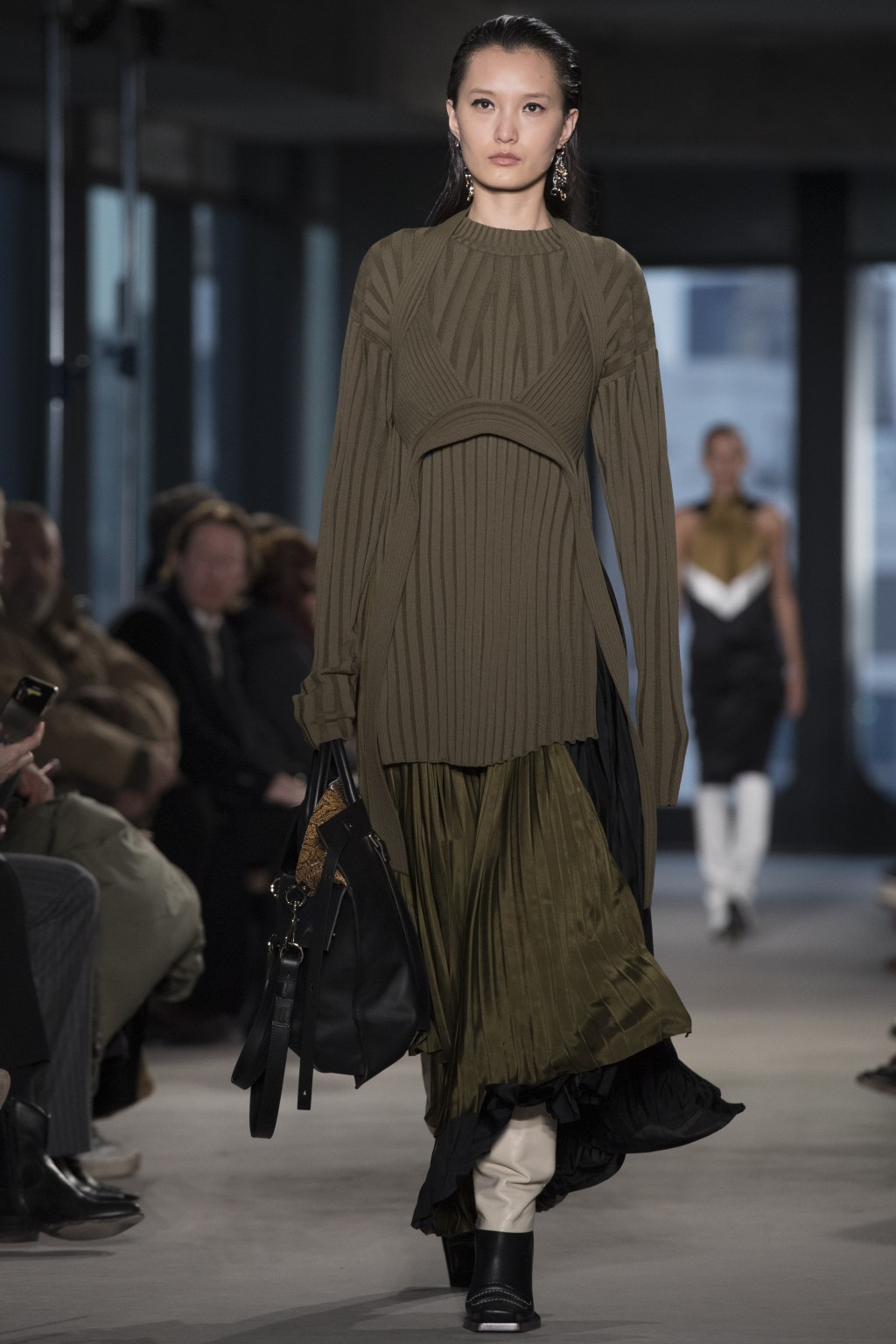 NEW YORK (AP) — In seasons past, you could count on Proenza Schouler's designers, Jack McCollough and Lazaro Hernandez, to come up with the most innovative and cutting-edge technologies to create new fabrics for their creations.

Now, the designing duo, in their second Fashion Week back in New York following a stint in Paris, says they're going back to basics by eschewing groundbreaking technology to focus on traditional fabrics this season. Technology, says Hernandez, can sometimes be "a crutch."

"I think for a long time we relied on these crazy fabrics that had never been done before and the technology of that," Hernandez said after Monday's show in an unfinished loft space overlooking the Hudson River.

"But somehow when you work too hard on that, you sort of lose the woman sometimes. So we really challenged ourselves to create new forms out of really honest fabrics, honest classic heritage fabrics from traditional looms, and to create fresh new fashion without the tricks of all that technology."

That's not to say that the clothes on the runway looked ordinary. The designers, who often cite specific artists as muses, said they were inspired this season by the so-called "incomplete," open cubes of the late artist Sol LeWitt.

Transplanting LeWitt's idea onto clothing, the designers experimented with removing pieces of garments — sleeves or armholes or lapels, for example — and moving them to unexpected places.

"We were playing with this kind of subtractive process," said McCollough. "Taking a jacket or blazer, and removing bits of it, and kind of building it on to another kind of garment."

The results included long knit dresses with only the armholes missing, or a trench coat with the torso of a jean jacket planted over it, or a sweater topping a dress — but only a fraction of said sweater.

There was hardly any embellishment or embroidery, but the designers did indulge in a long T-shirt with a line of feathers on the back.

"Just a little bit of feathers," noted McCollough, "but only on the profile, not in front, so it's kind of a surprise when she walks by."

The Proenza designers said this was a new chapter in the history of their company, as they re-establish themselves in New York. And they're seeking to define what they called "our version of the New York woman." That woman, they said, has a duality to her: "a mix of total control, and being undone," in McCollough's words.

The designers acknowledged that it's sometimes a struggle to come up with a fresh take on, say, a jacket or a blazer.

"How do you reinvent a jacket, how do you reinvent the trouser?" asked Hernandez. "You make the pockets a little bigger, a little slouchier. We're playing with codes of classic wardrobes, and injecting them with freshness, which is a challenge, because everything has been done. So that was sort of our manifesto for the season. Just working on clothes."