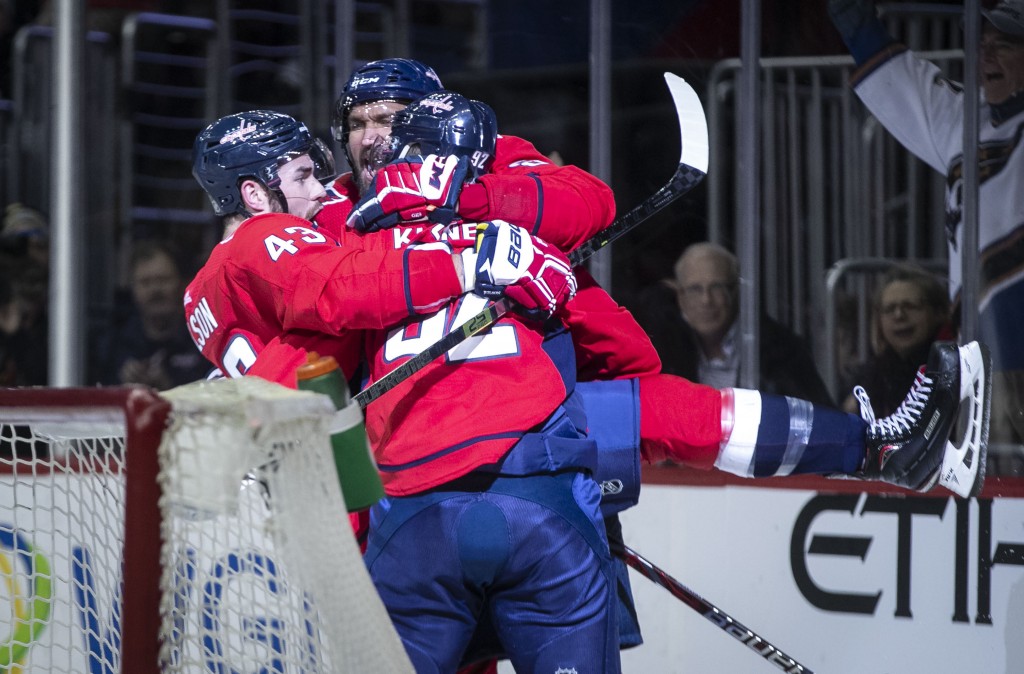 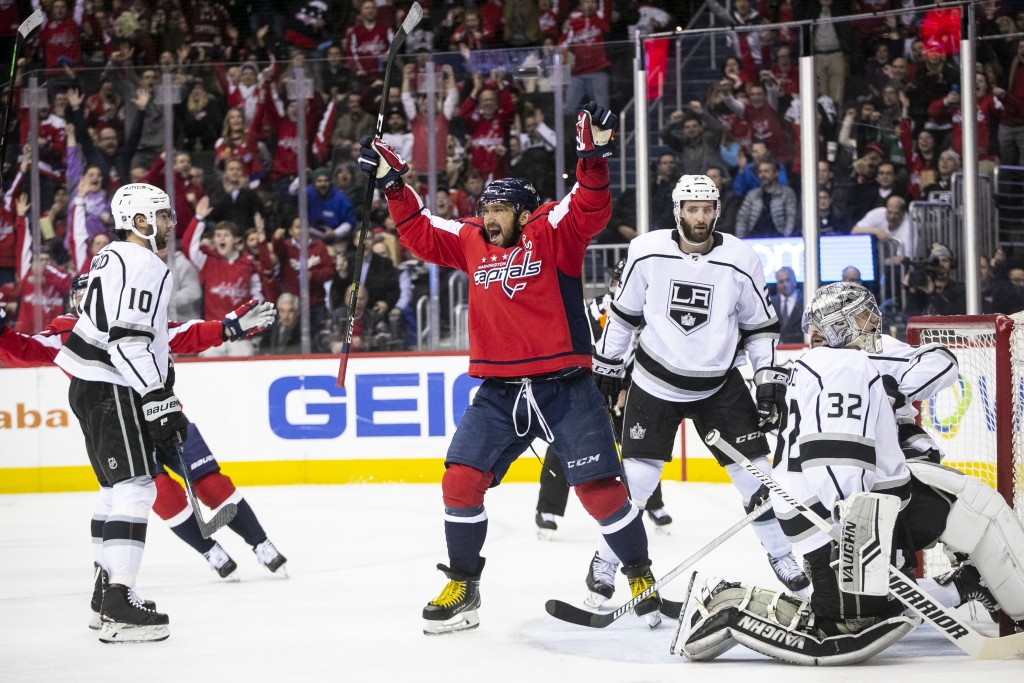 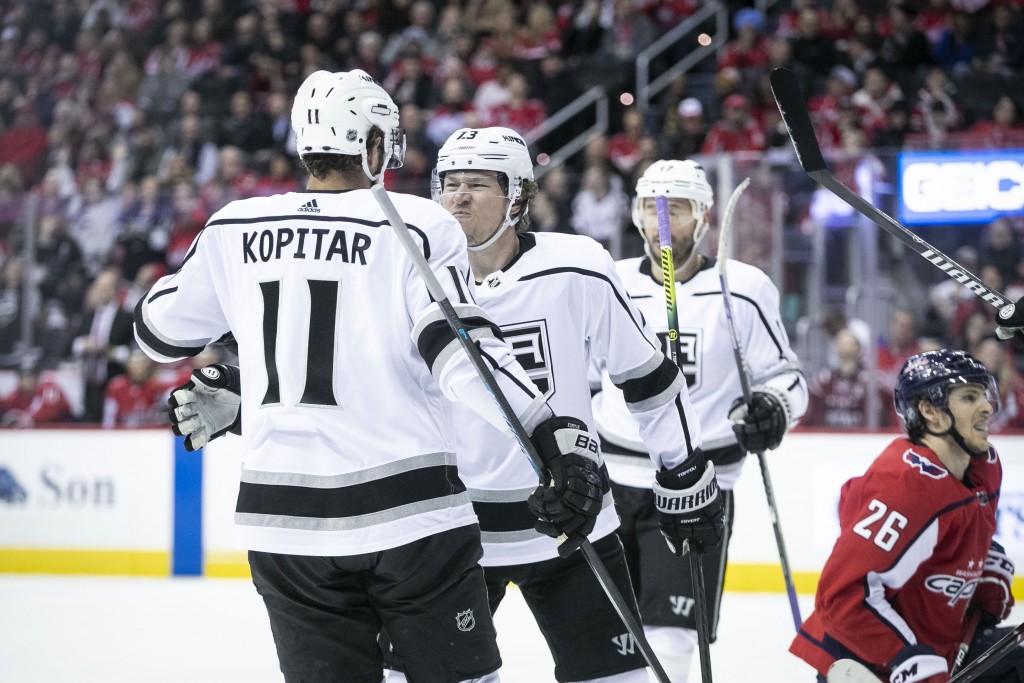 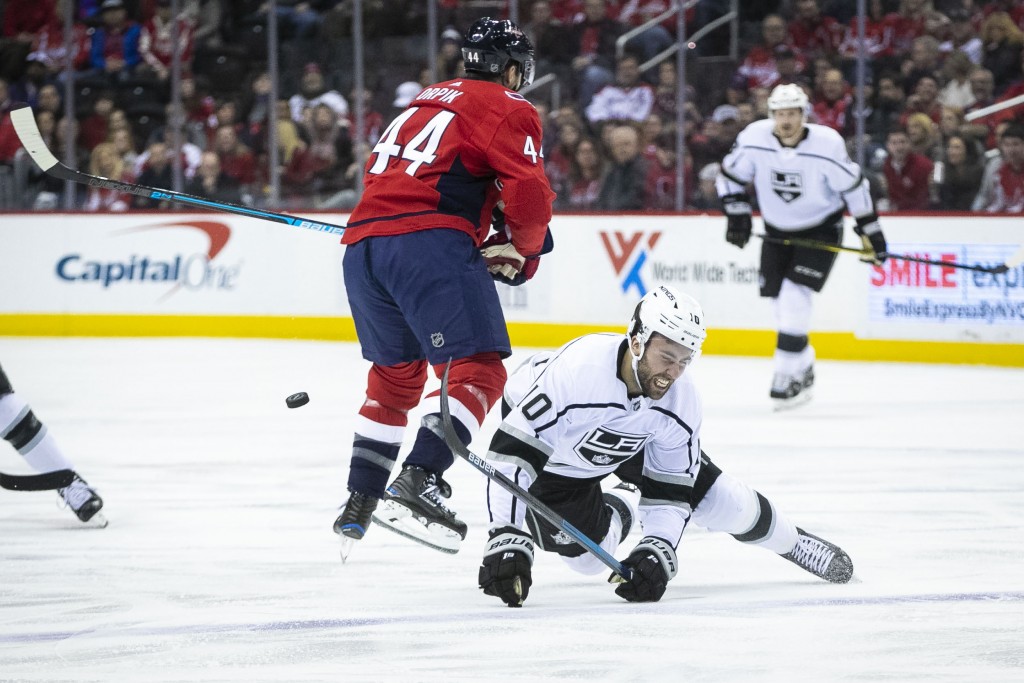 WASHINGTON (AP) — Evgeny Kuznetsov continued his hot streak with two goals and two assists, leading the Washington Capitals to a 6-4 victory over the Los Angeles Kings on Monday night.

Kuznetsov has six goals and six assists in six games since the All-Star break to help the defending Stanley Cup champions go 4-1-1 on their longest homestand of the season. Washington's leading scorer in last year's playoffs had 10 points in his previous 18 games before getting on this roll.

Alex Ovechkin scored his NHL-leading 38th goal and had two assists and Brett Connolly, Christian Djoos and Jakub Vrana scored for the Capitals, who overcame another handful of penalties. They were whistled for hooking three times in an eight-minute span in the first period to tie for first in the NHL in minor penalties with 201.

Washington won for the third time in four games because of its offensive outburst and 29 saves from backup goaltender Pheonix Copley, who was making his second start in three games.

It was a rougher night for Kings goalie Jonathan Quick, who allowed six goals on 31 shots behind some uneven defense. Austin Wagner scored twice and Tyler Toffoli and Oscar Fantenberg each had a goal for Los Angeles, which went 3-2-1 on its six-game trip and remains eight points out of the final playoff spot in an unusually tight Western Conference race.

NOTES: Djoos' goal was his first in 62 games dating to Dec. 30, 2017. He missed 24 games with compartment syndrome in his left leg before returning Saturday. ... Connolly has scored four goals in four games. ... The Capitals have scored three-plus goals in eight of their past nine games. ... The Kings traded C Nate Thompson and a 2019 fifth-round pick to the Montreal Canadiens for a 2019 fourth-round pick. ... Wagner was put in the lineup only after the Thompson trade and registered his first career multi-goal game. ... Kings C Jeff Carter missed his third consecutive game with a lower-body injury. ... Kings F Trevor Lewis played for the first time since Nov. 13 after returning from a lower-body injury.

Kings: Return home to face the Vancouver Canucks on Thursday.