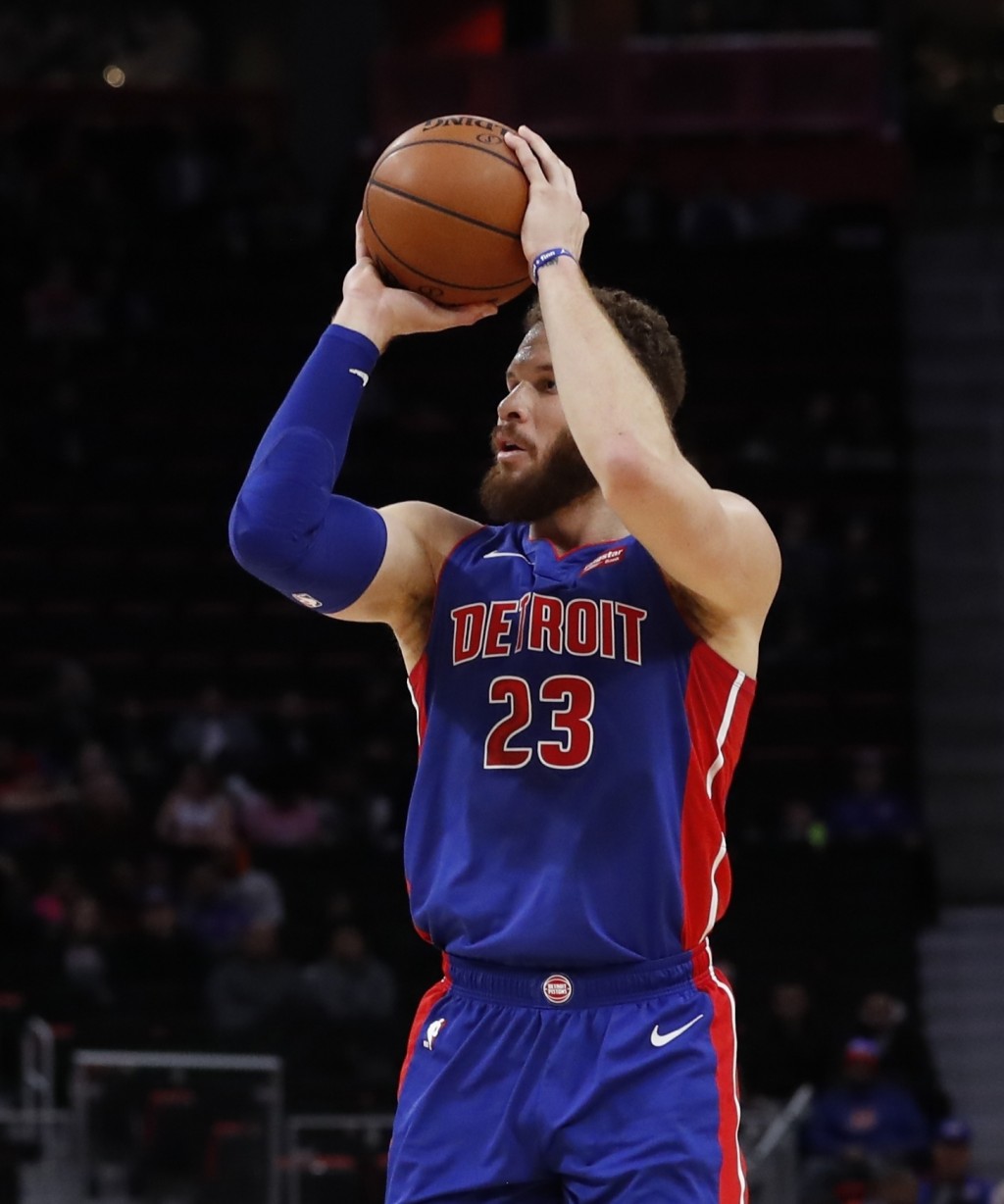 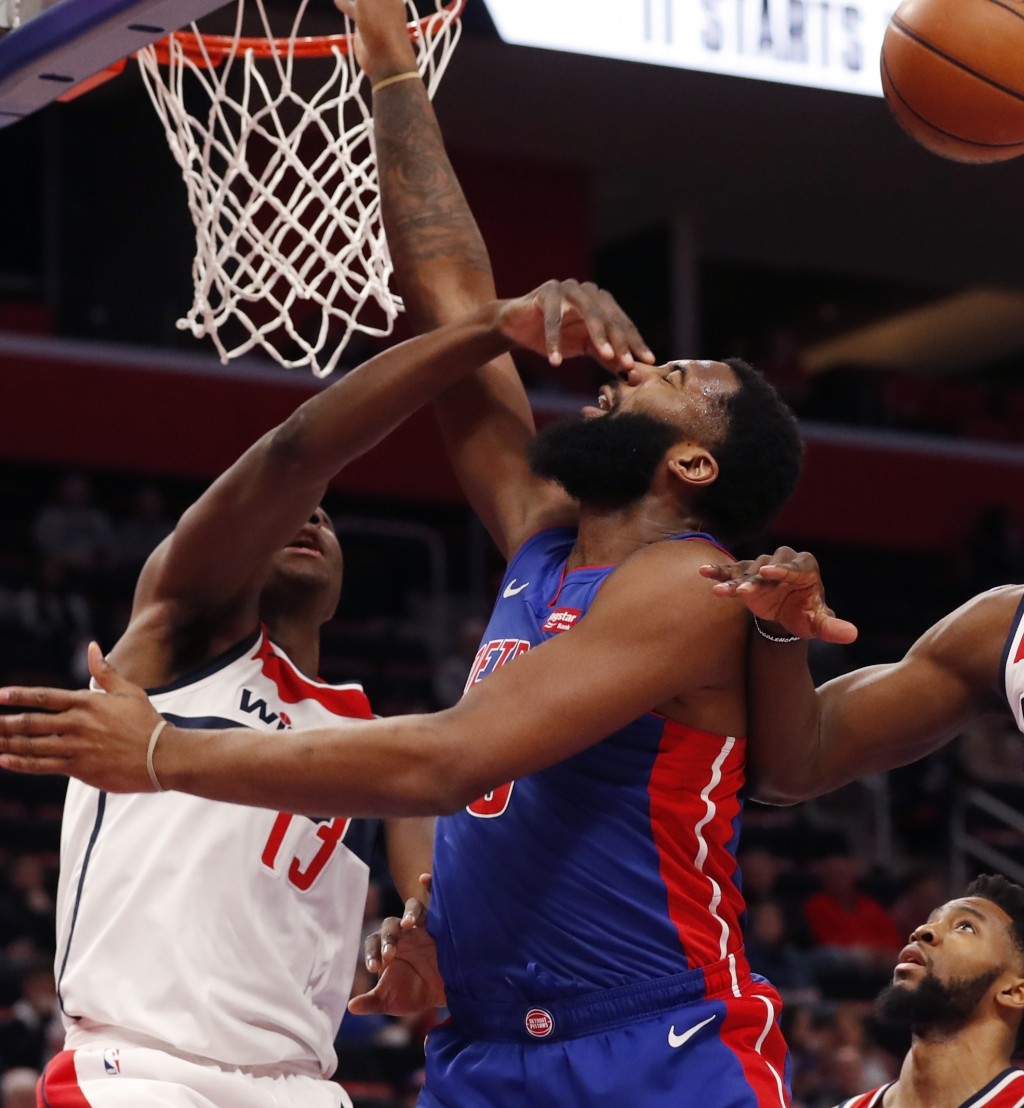 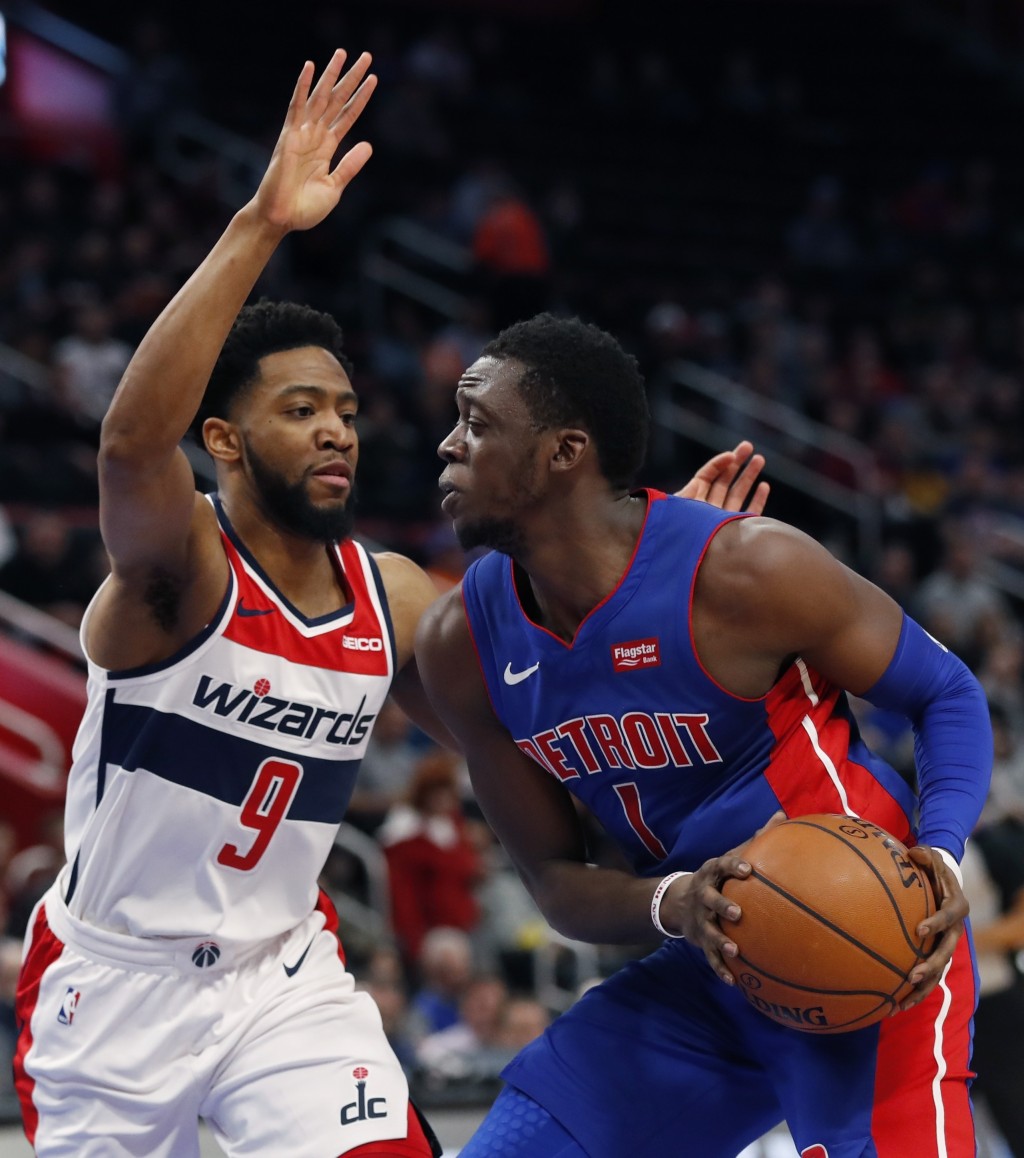 DETROIT (AP) — Andre Drummond had 32 points and 17 rebounds, and the Detroit Pistons extended their winning streak to four with a 121-112 victory over the Washington Wizards on Monday night.

Blake Griffin had 20 of his 31 points in the first half for the Pistons, who haven't lost since blowing a 25-point lead in a home defeat against the Los Angeles Clippers on Feb. 2. Detroit began Monday tied with Miami for the last playoff spot in the Eastern Conference.

The Wizards, who are without injured John Wall and Dwight Howard, traded Otto Porter Jr. away last week. Nevertheless, they came into the game on a two-game winning streak before falling short against Detroit.

The Pistons led by 10 in the first quarter. They were up 61-59 at halftime before pushing the lead back into double digits in the third. Detroit went on a 13-2 run and took an 81-71 advantage on a 3-pointer by newly acquired center Thon Maker.

Bradley Beal had 32 points and 10 assists for the Wizards.

Wayne Ellington played for the first time since signing with Detroit. He missed his first six shots from the field — all from 3-point range — and finished with two points.

Wizards: At Toronto on Wednesday night.

Pistons: At Boston on Wednesday night.