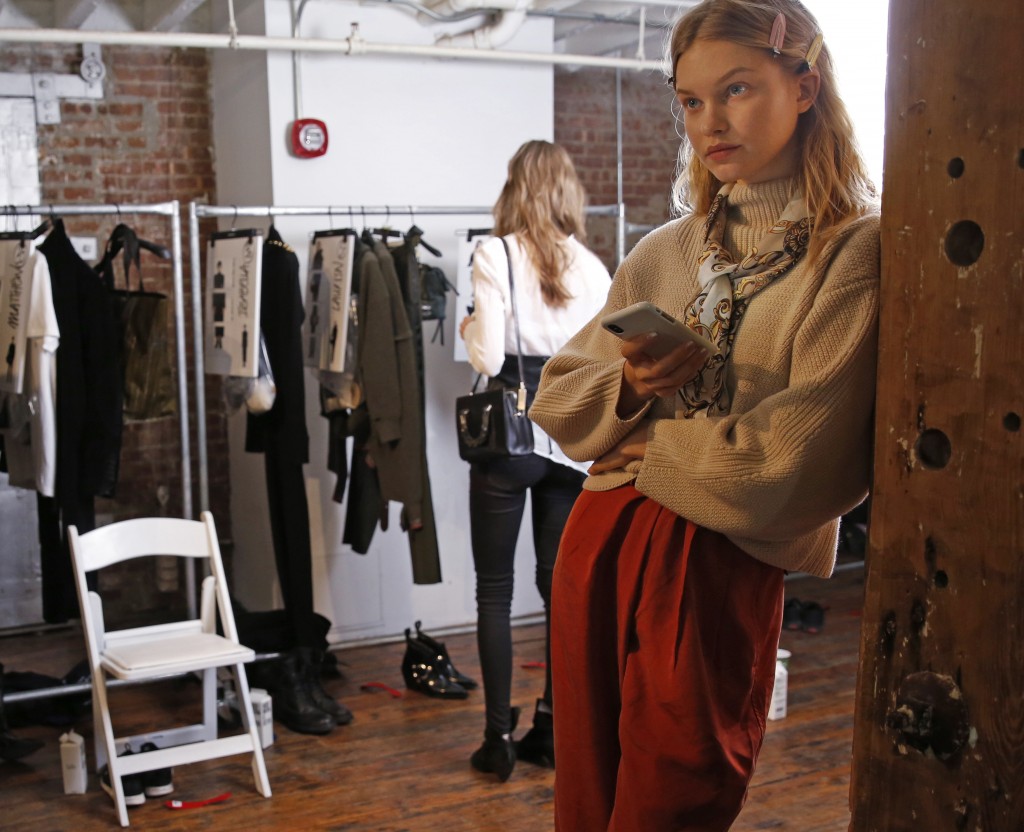 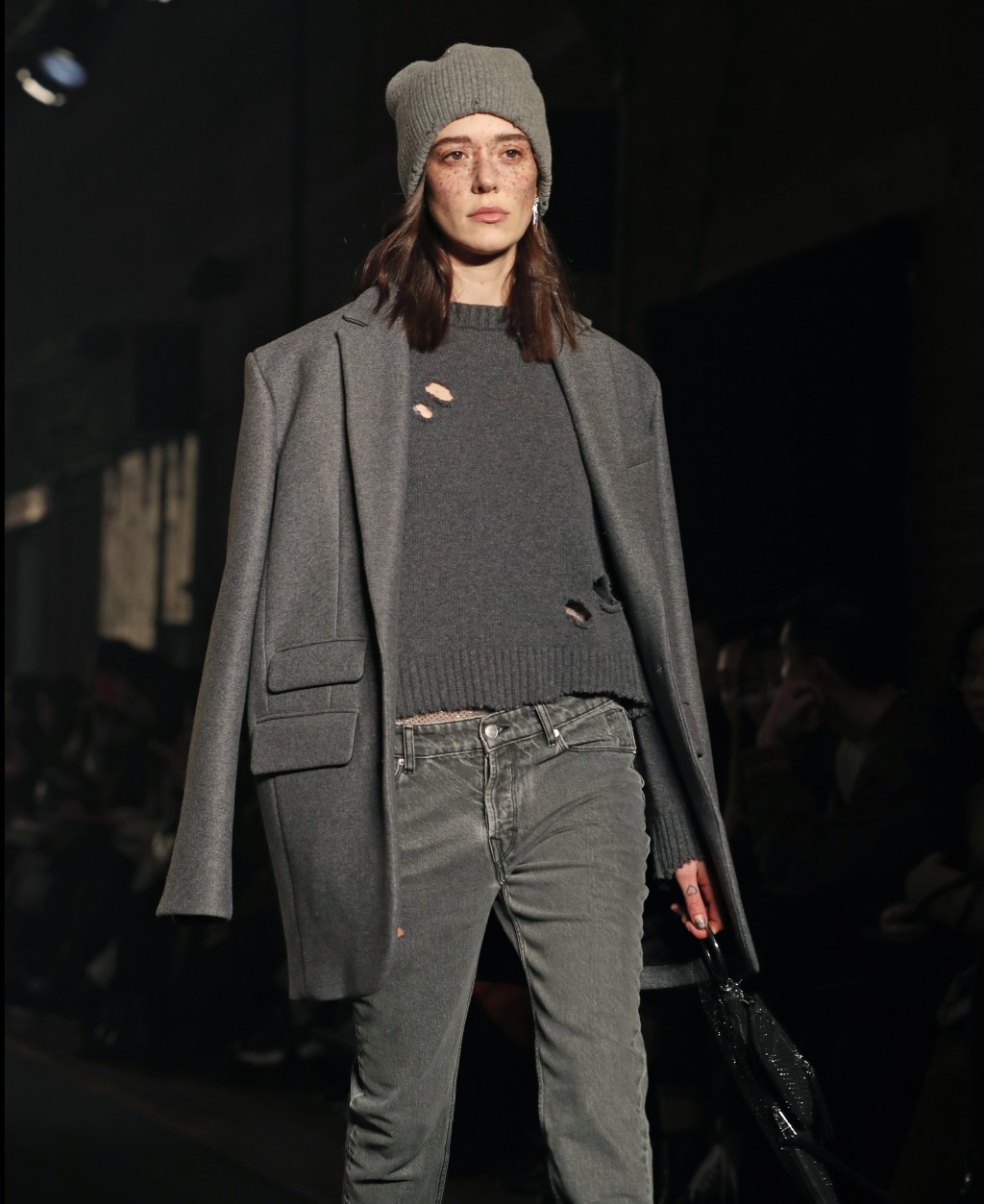 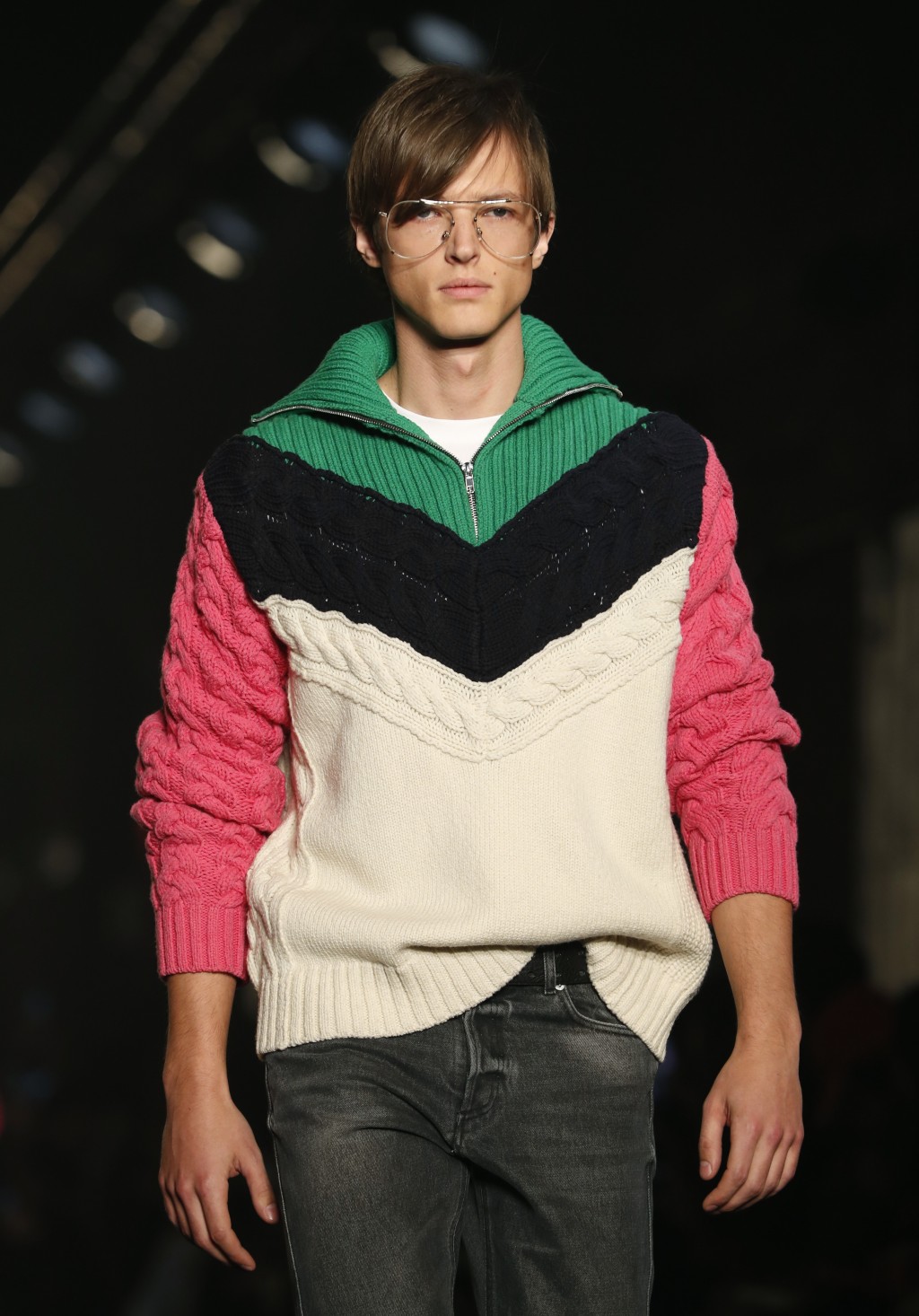 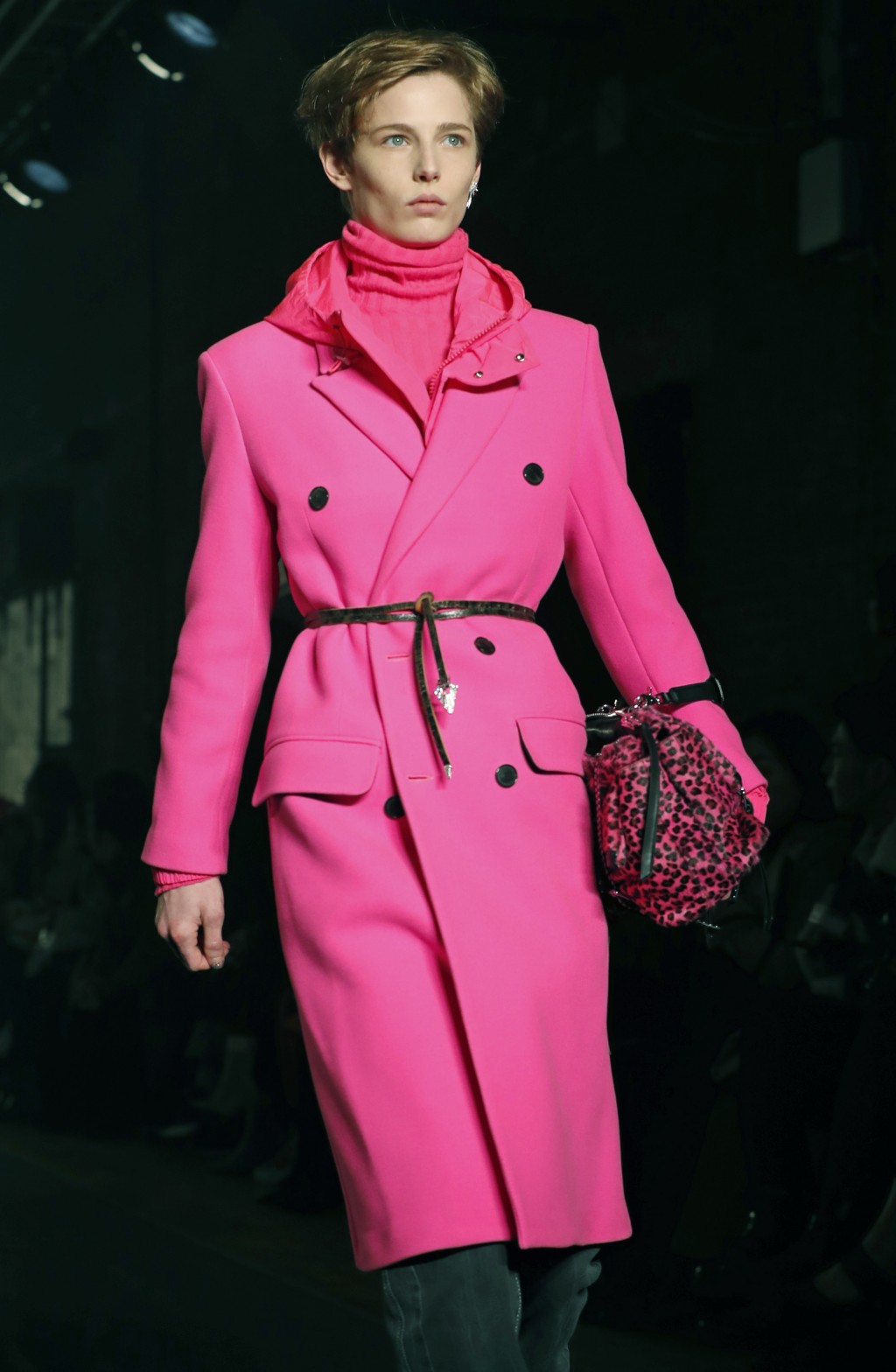 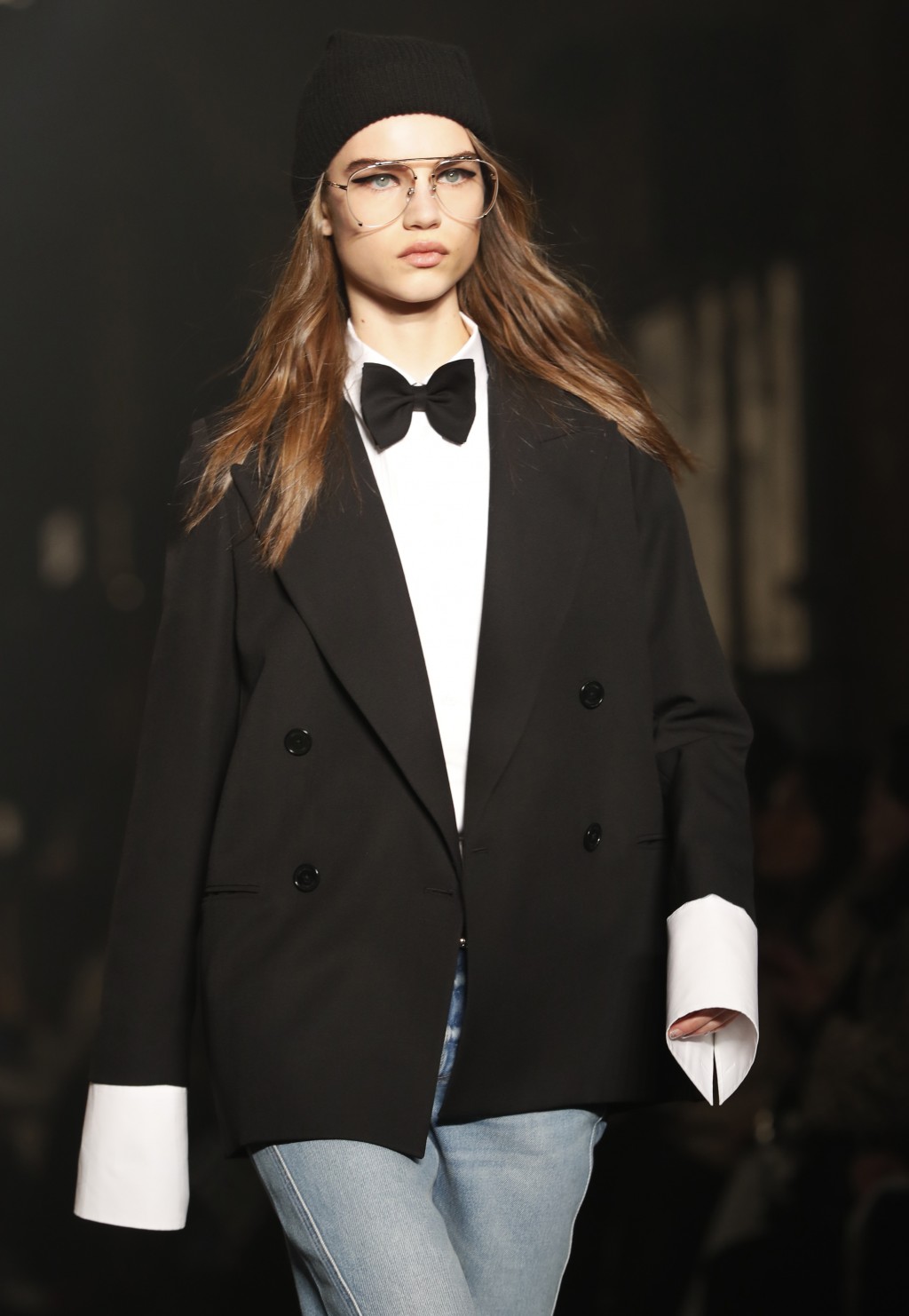 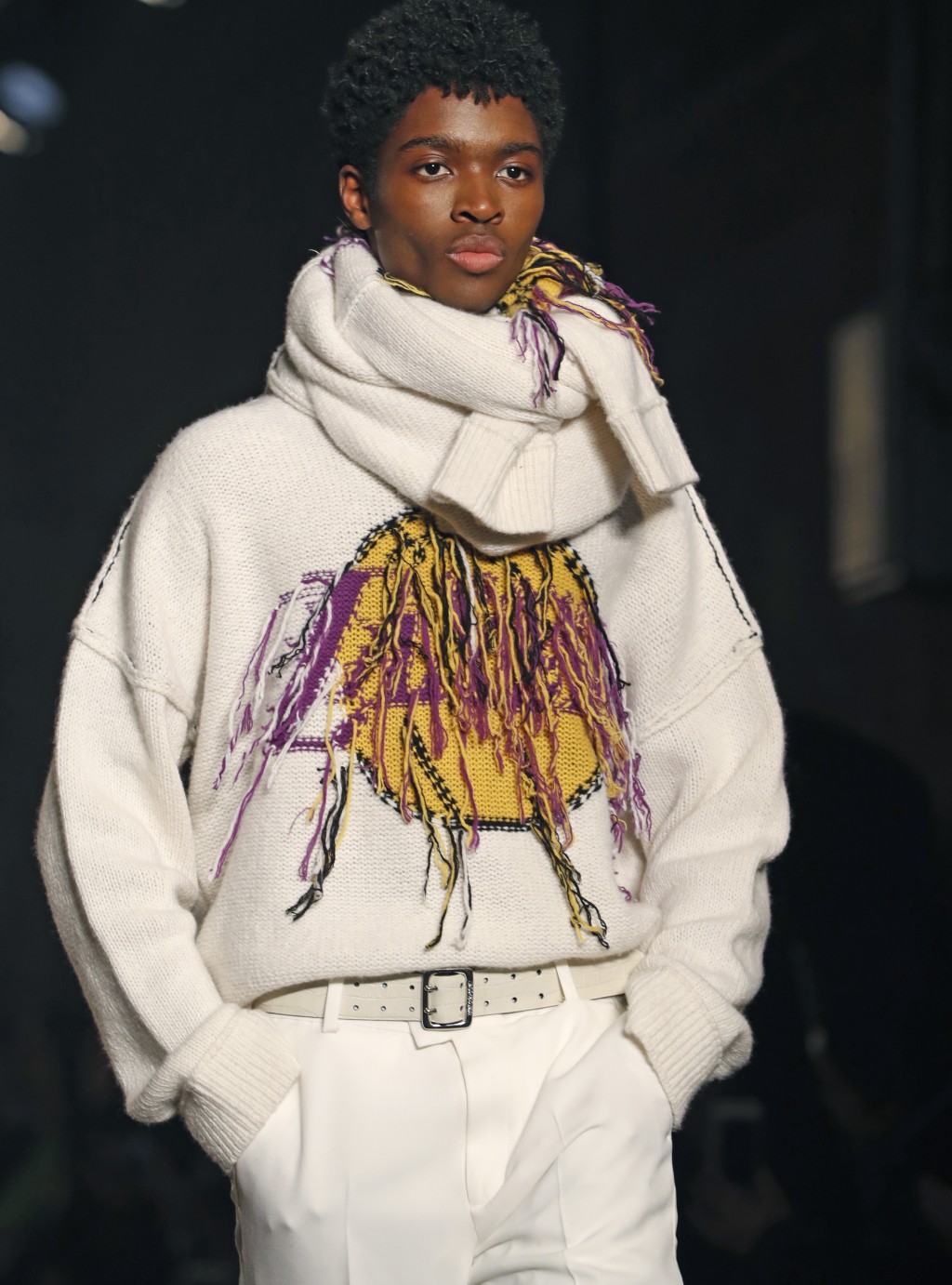 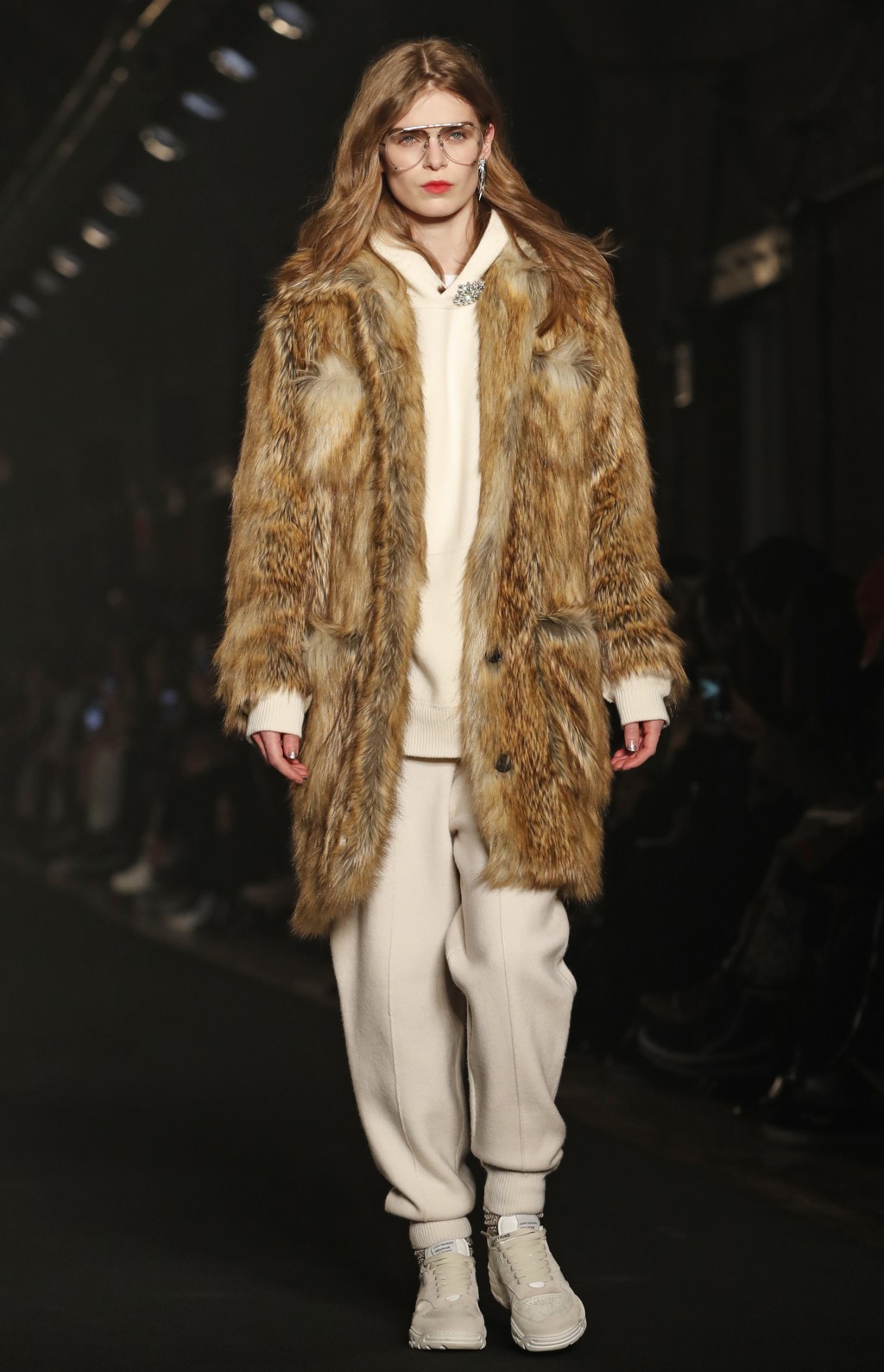 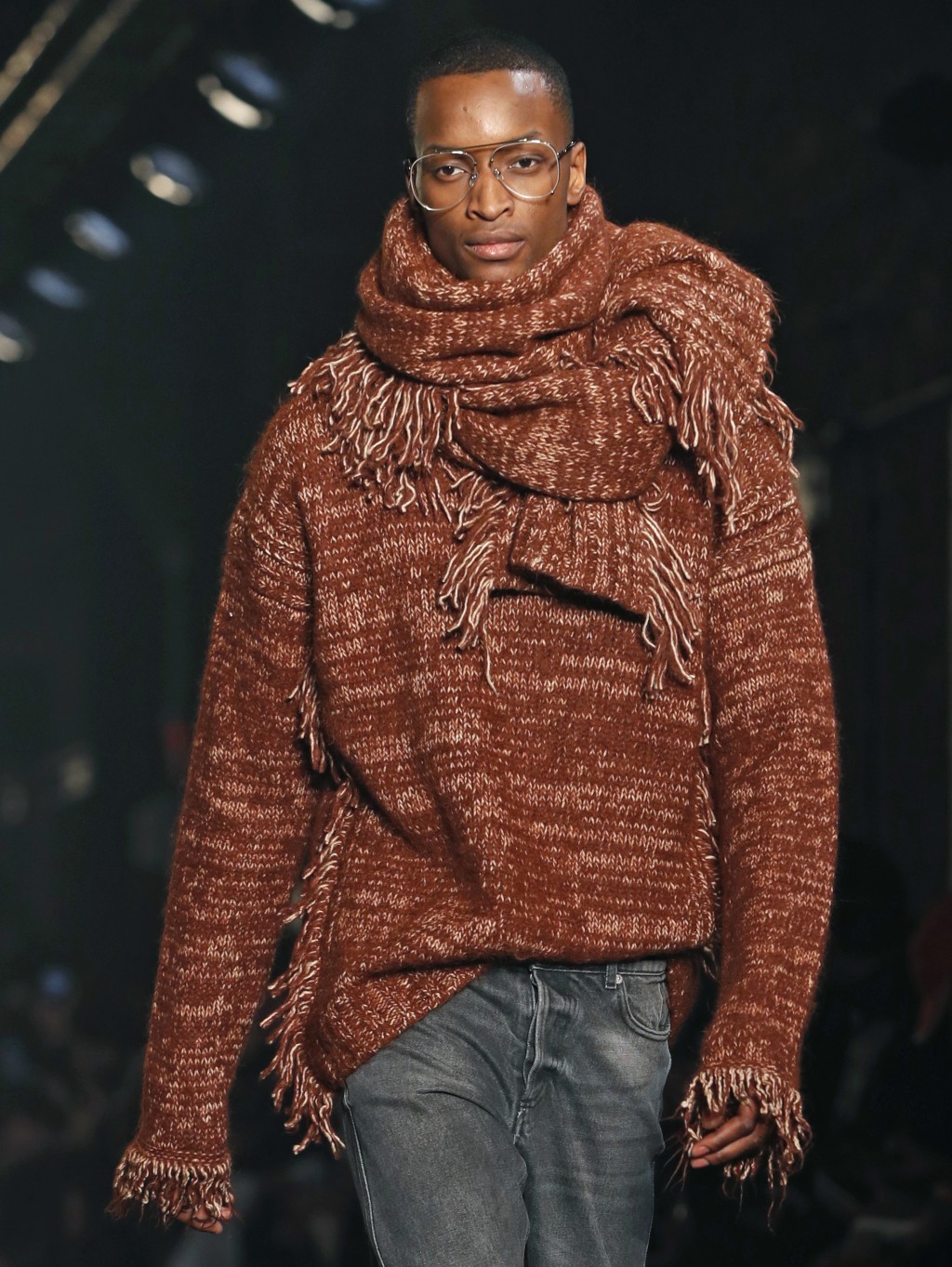 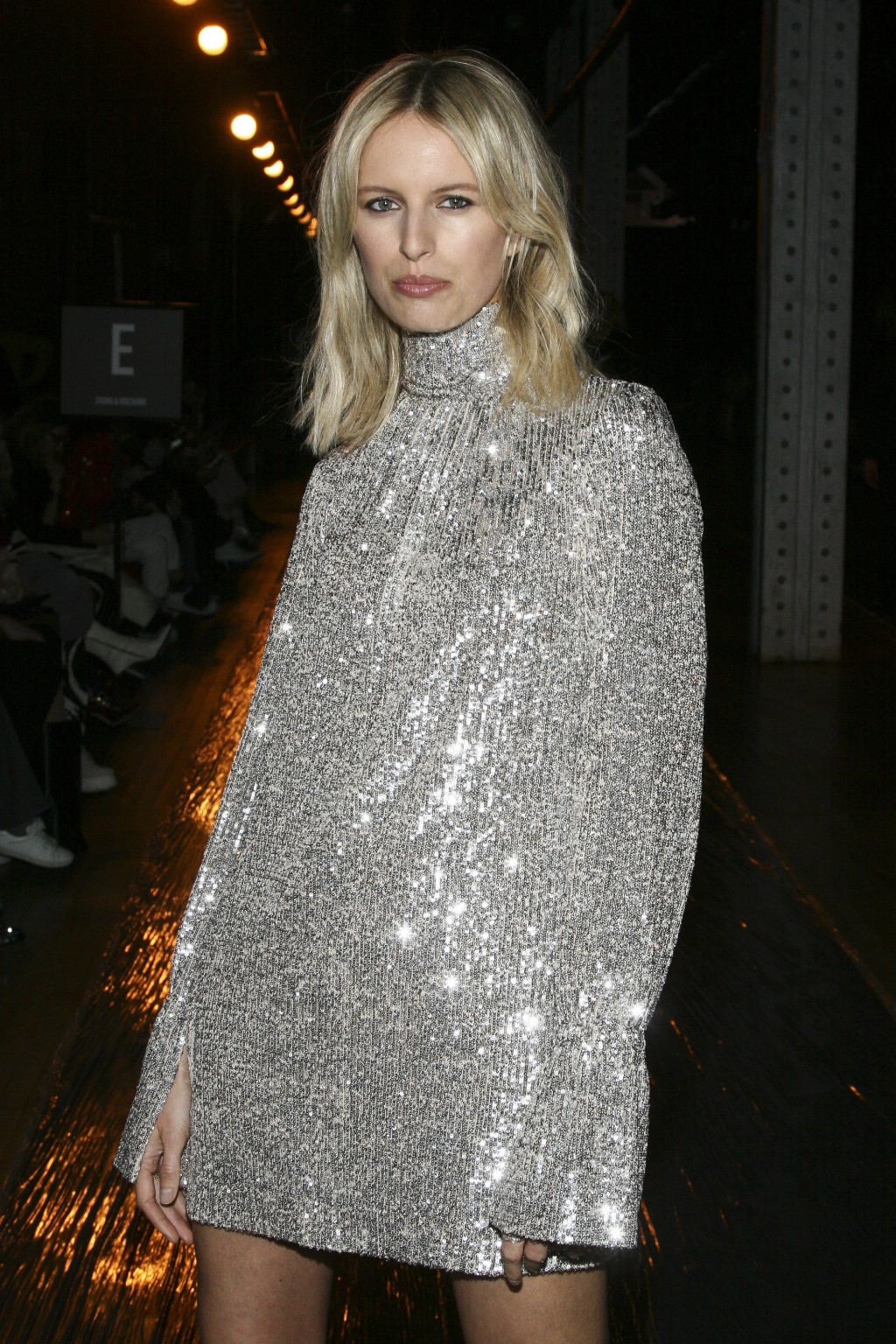 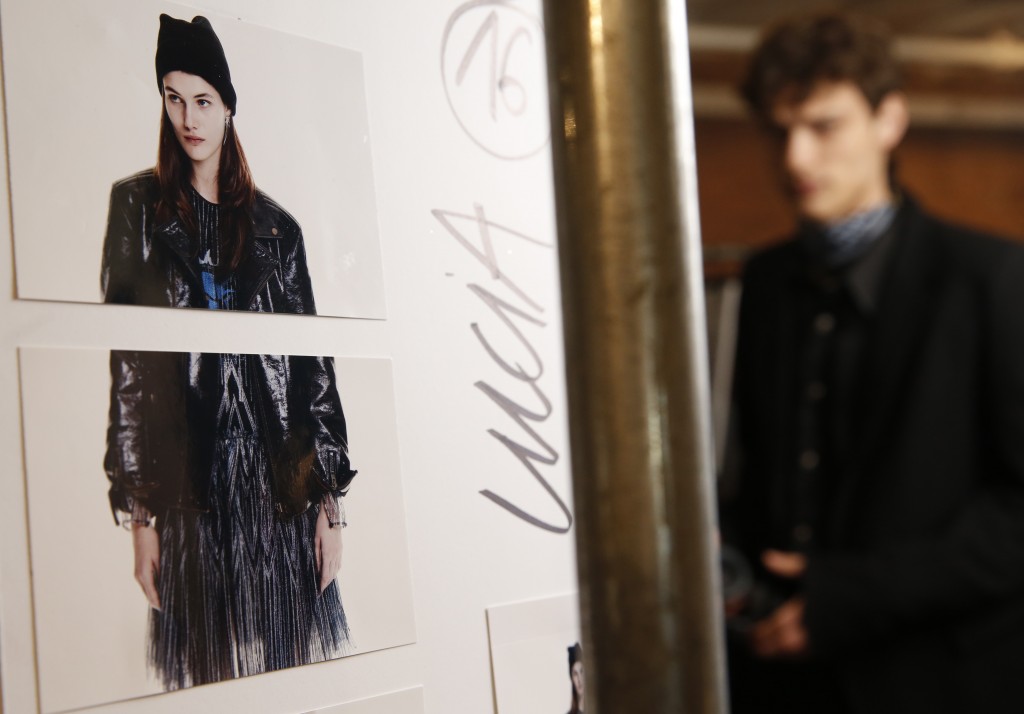 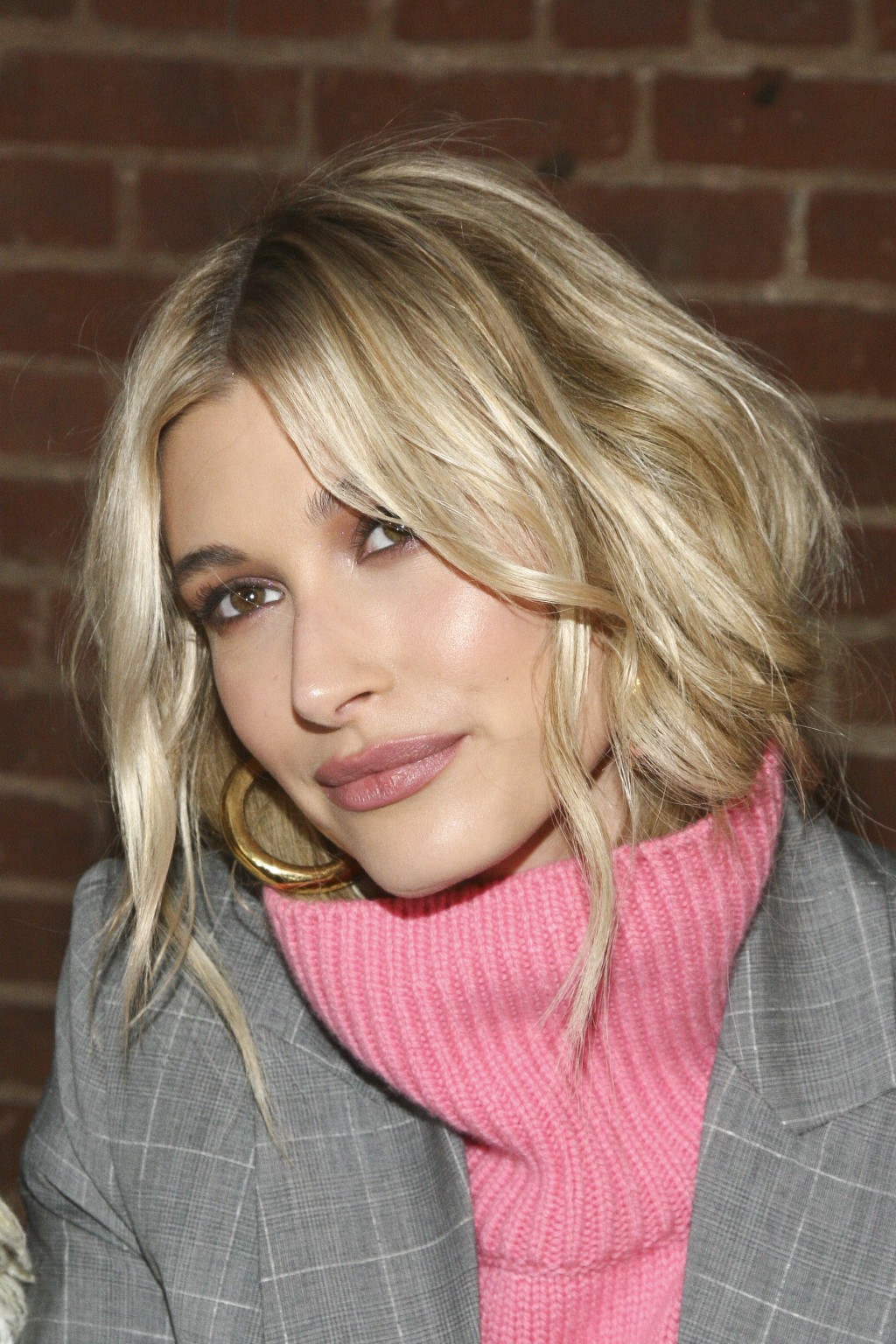 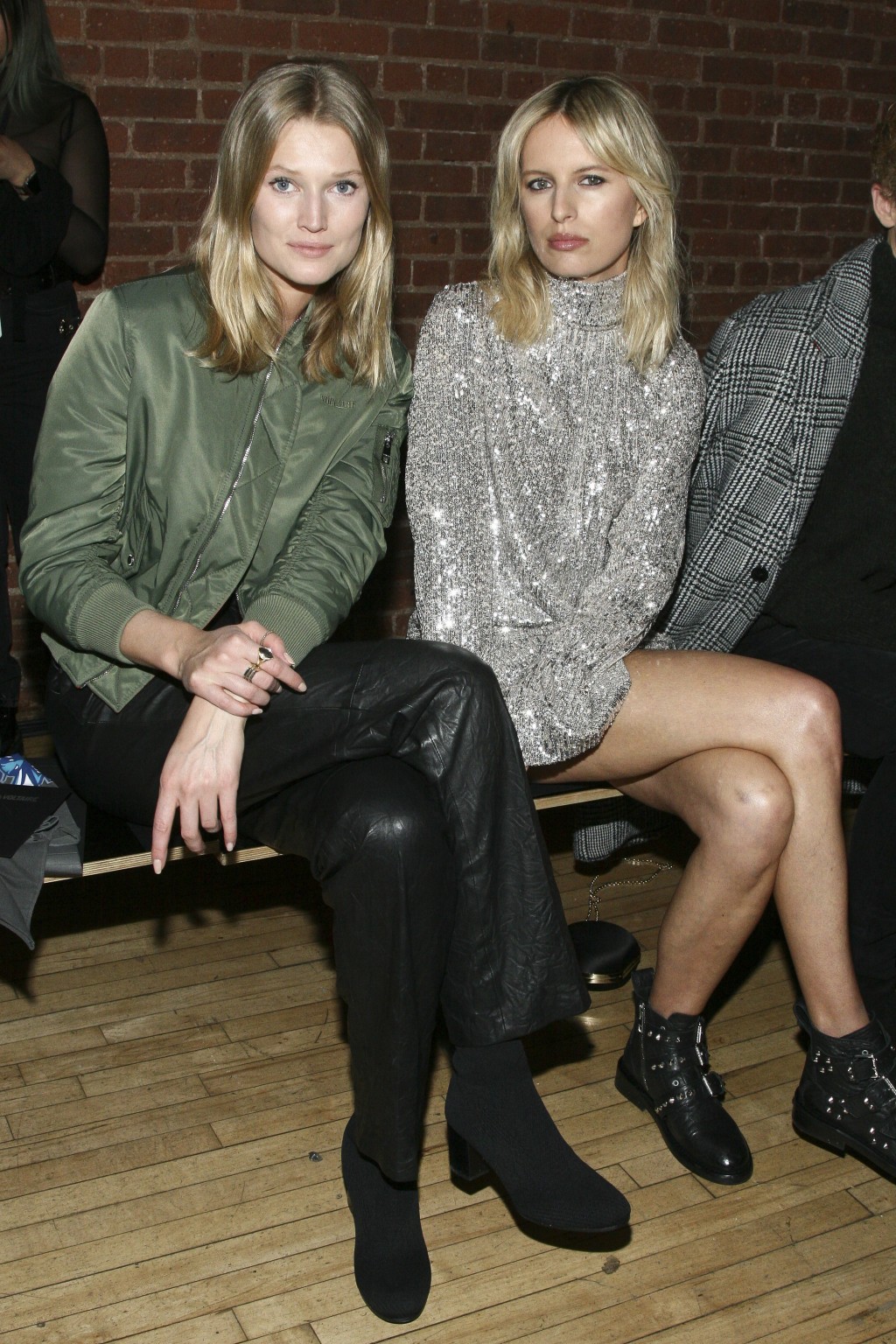 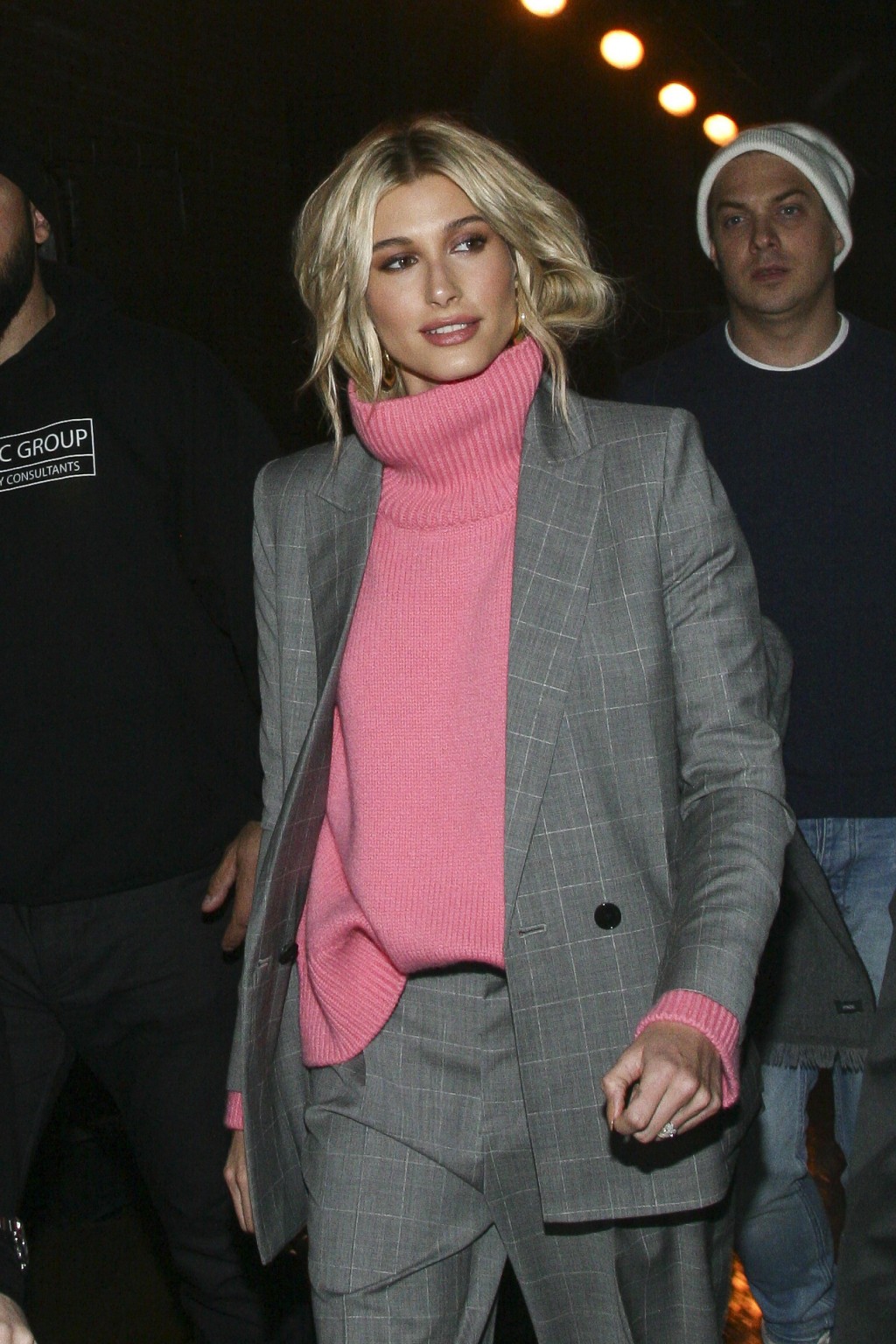 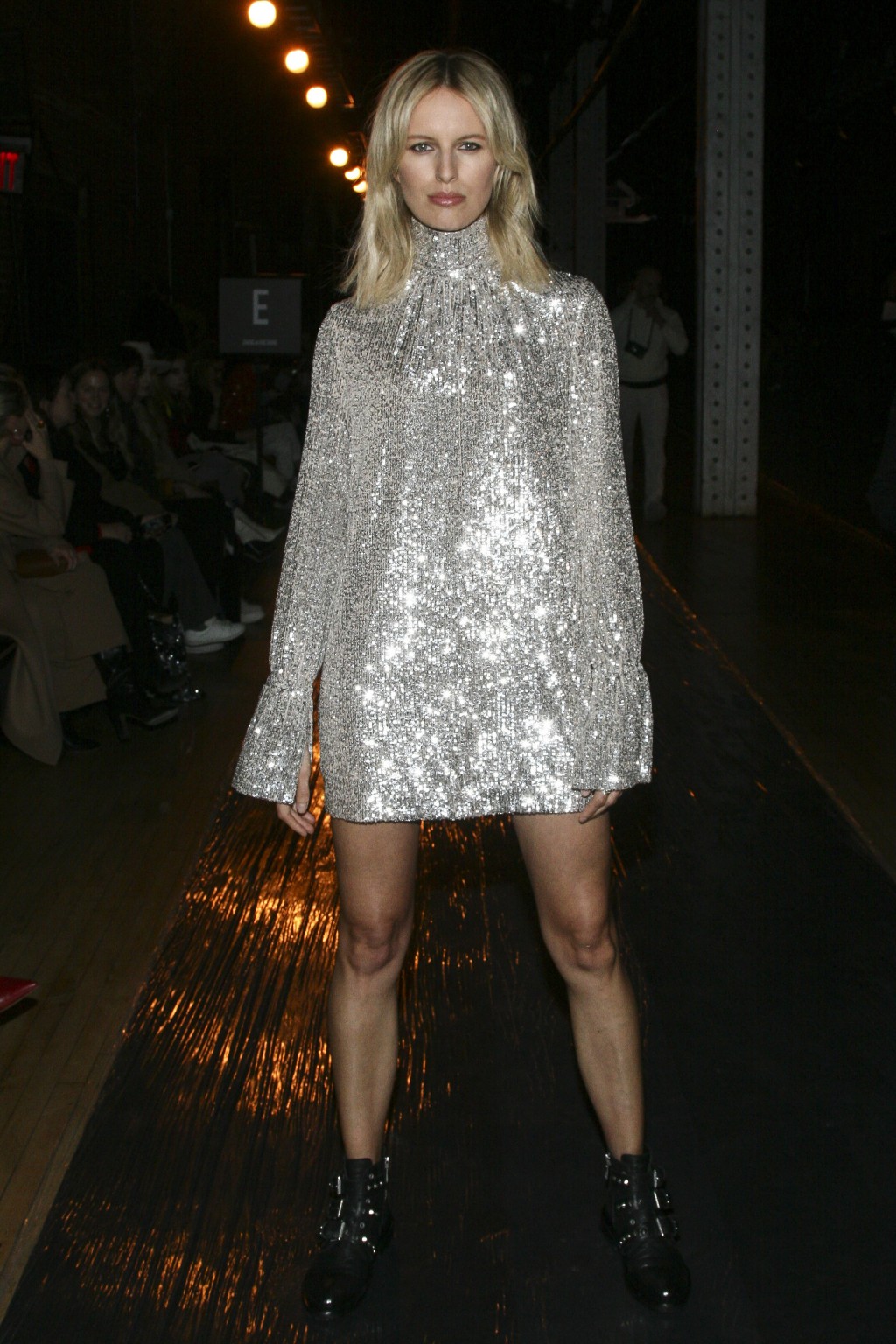 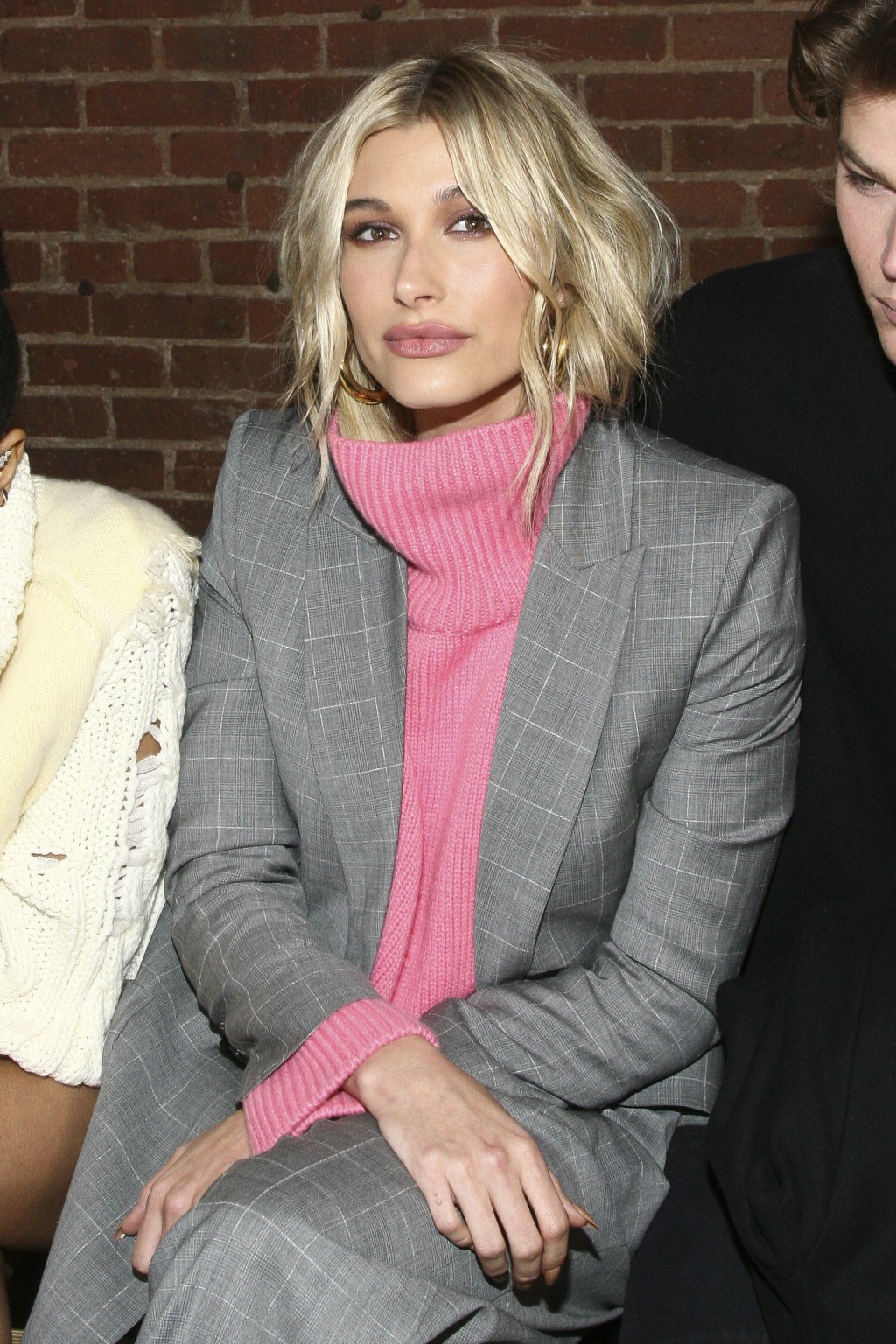 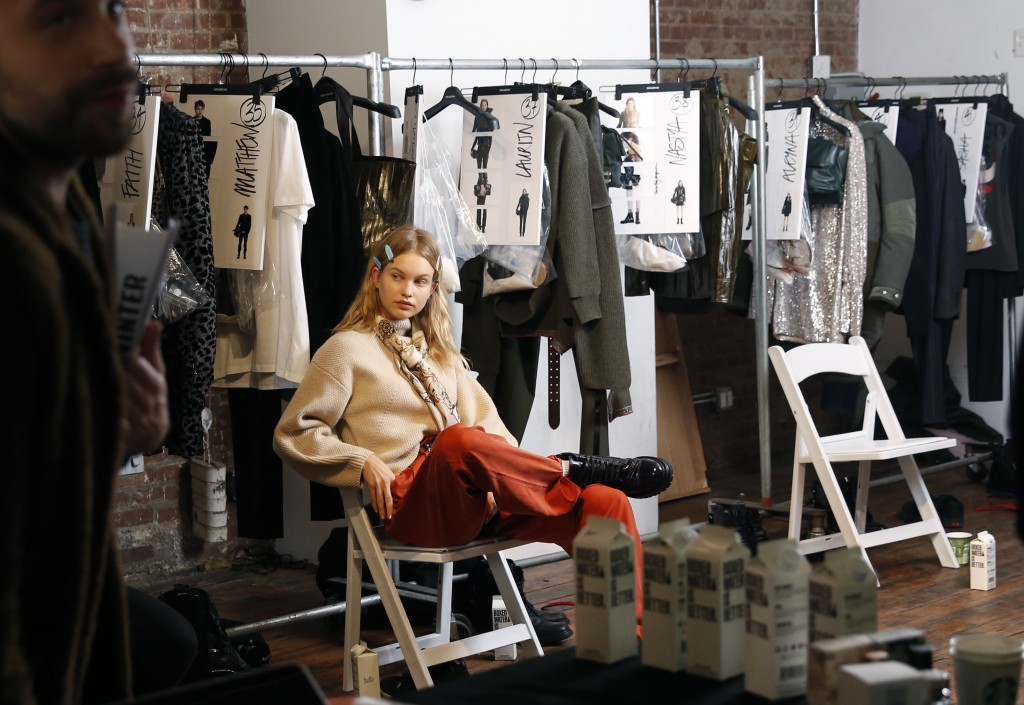 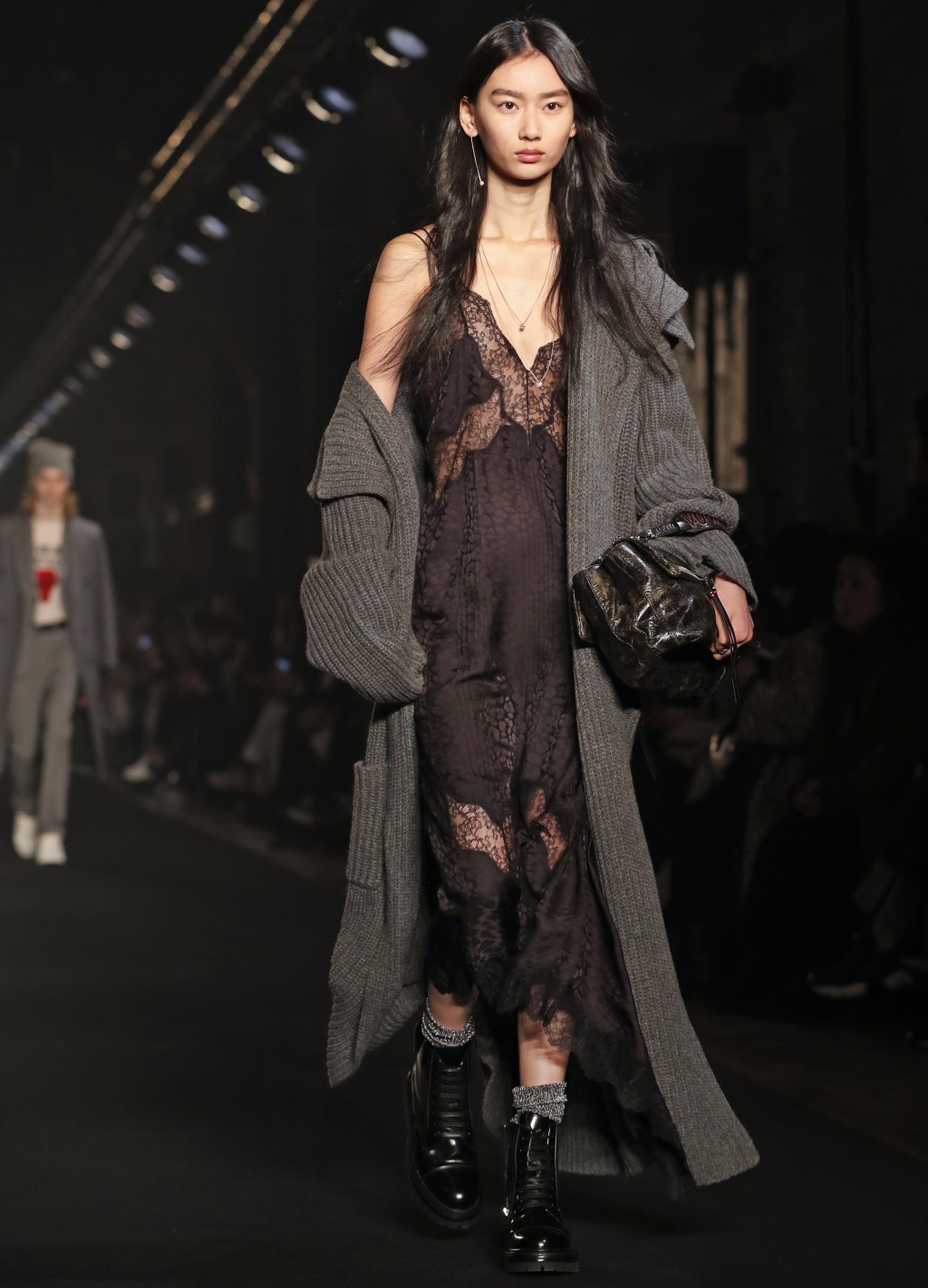 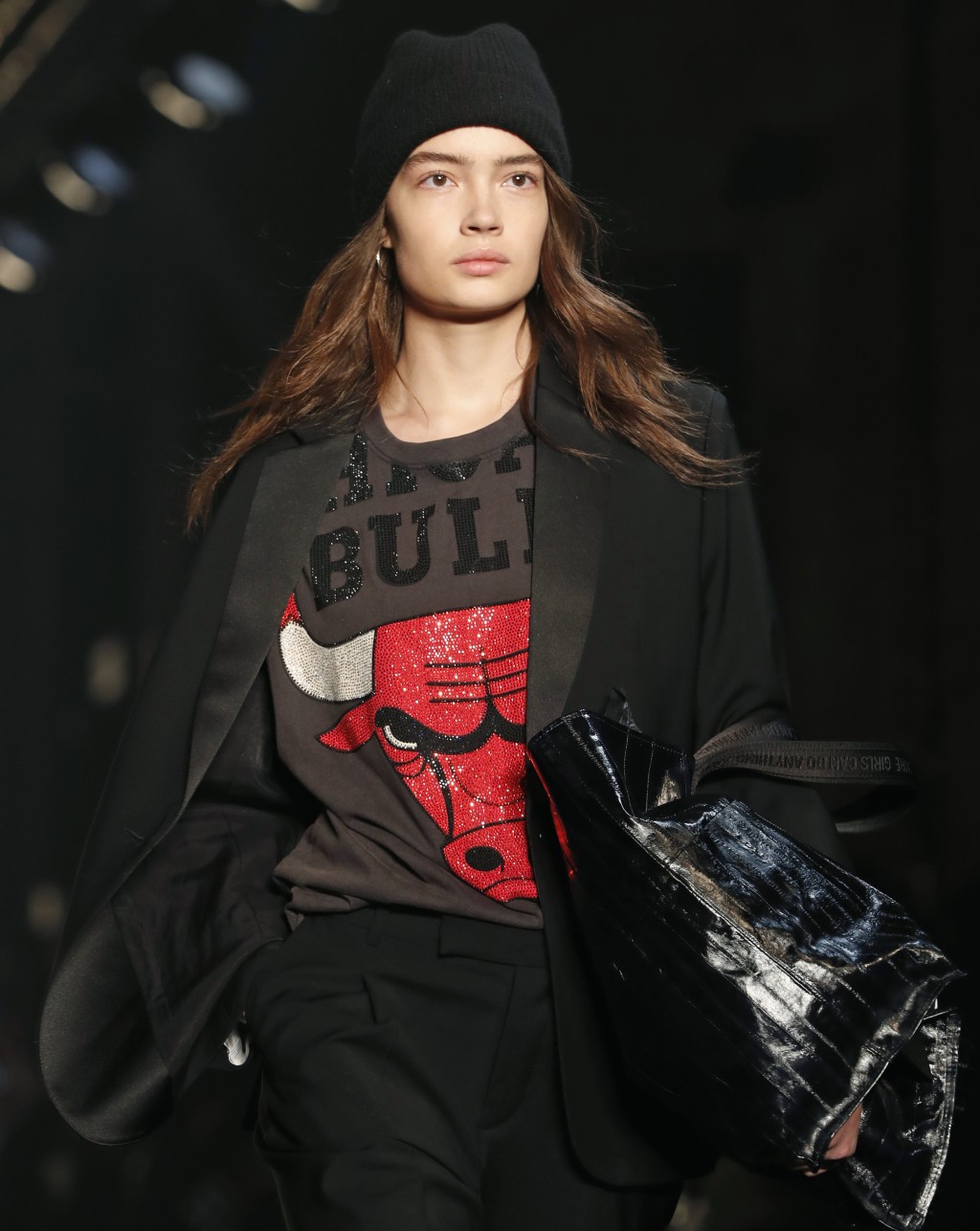 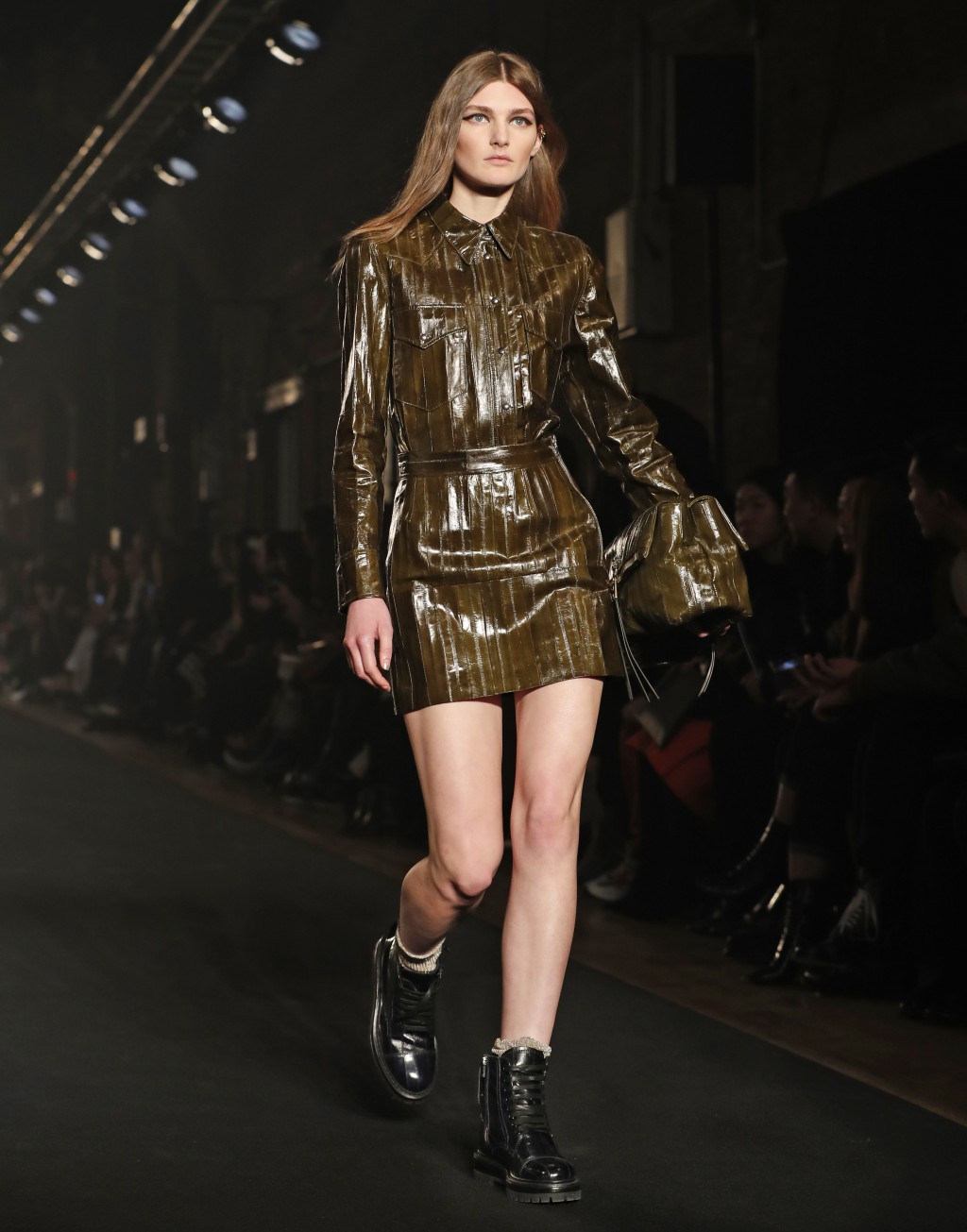 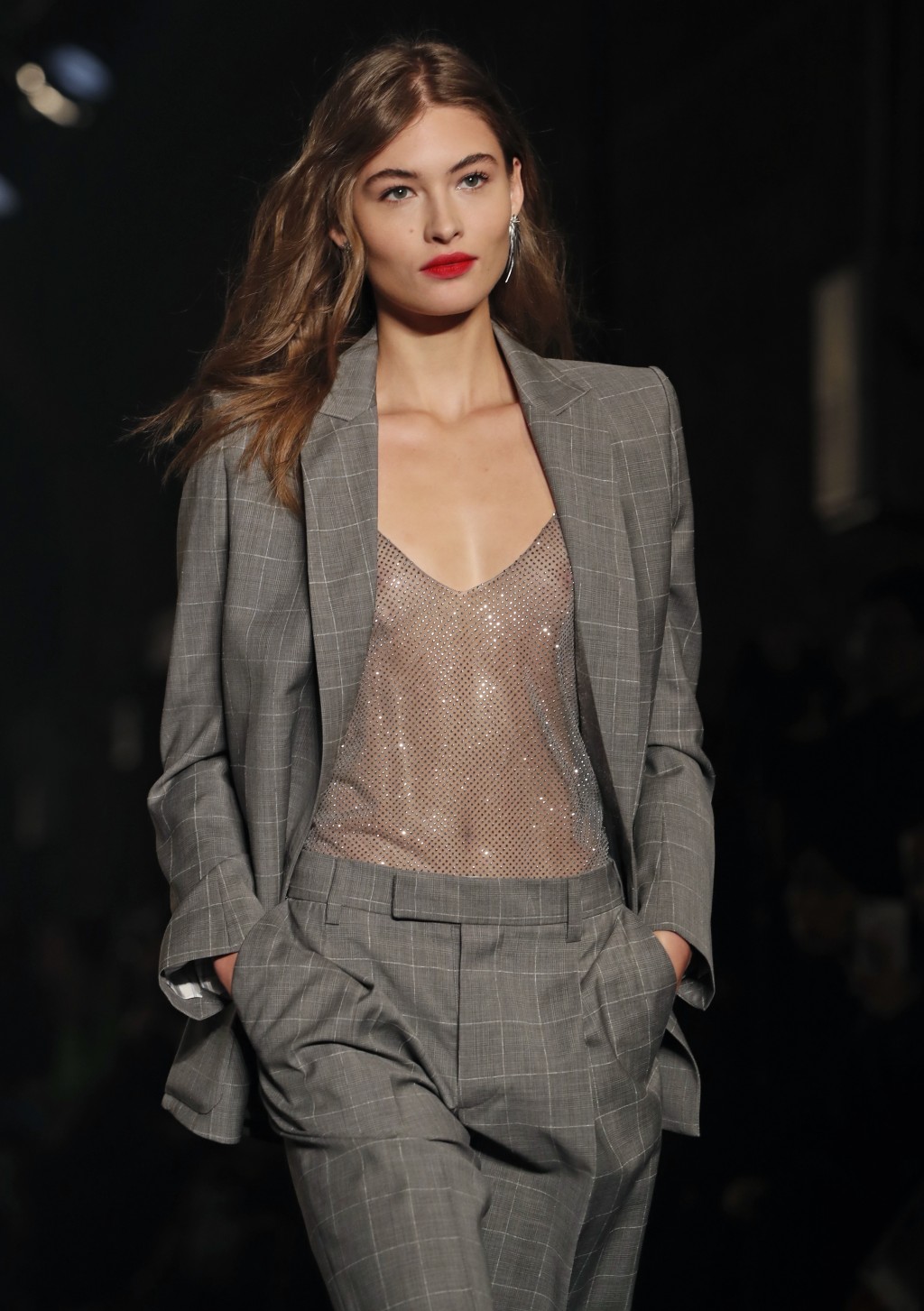 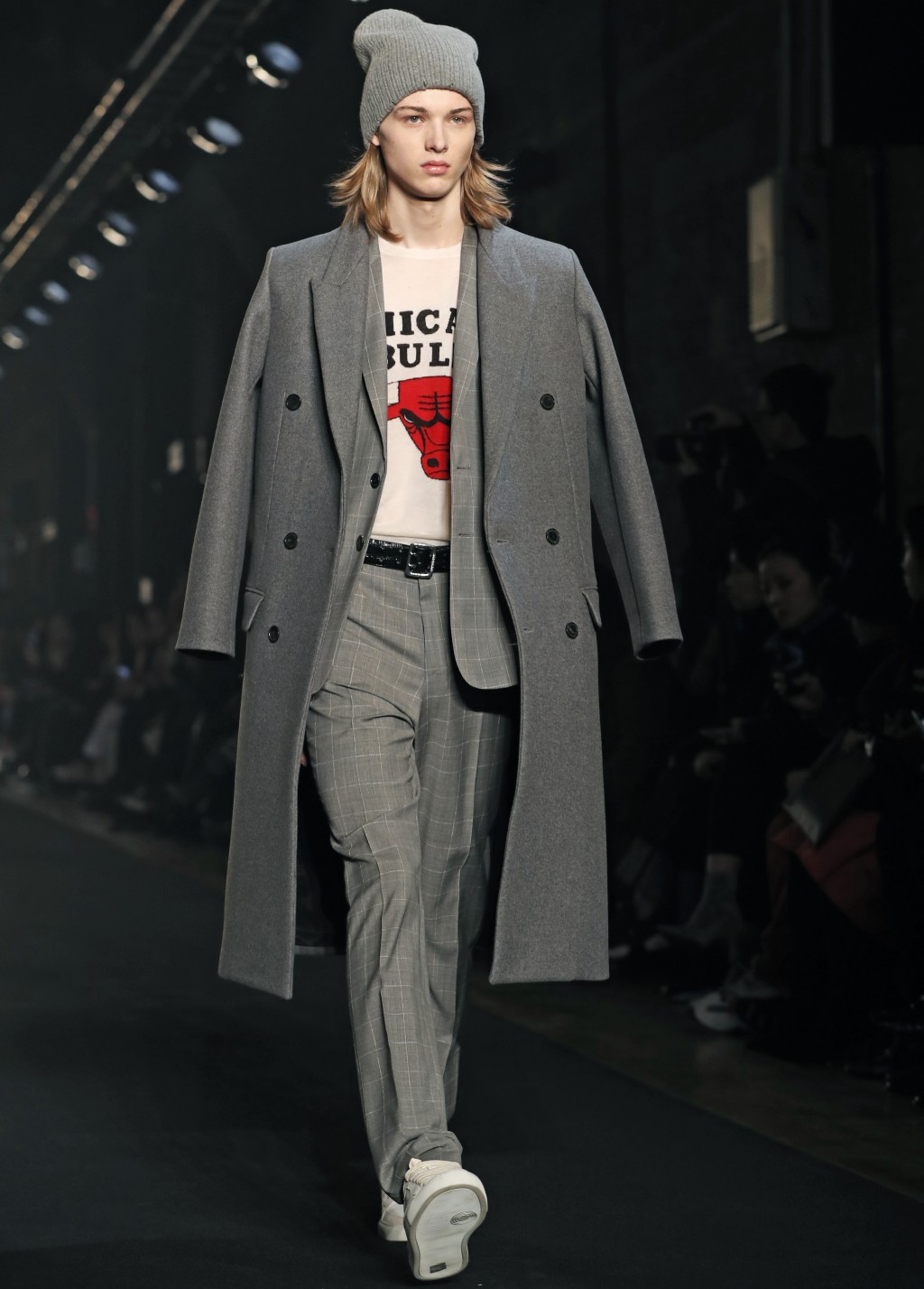 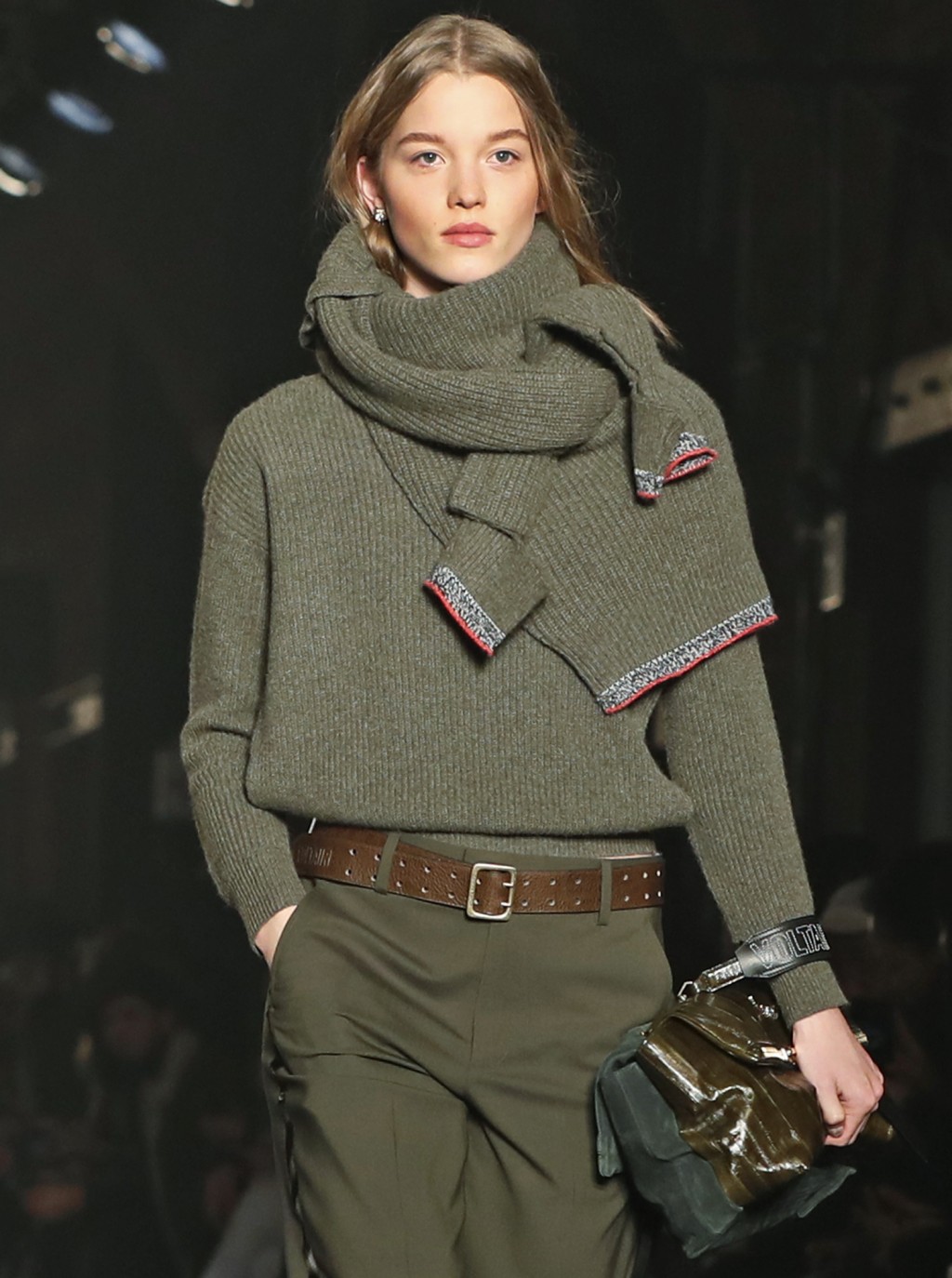 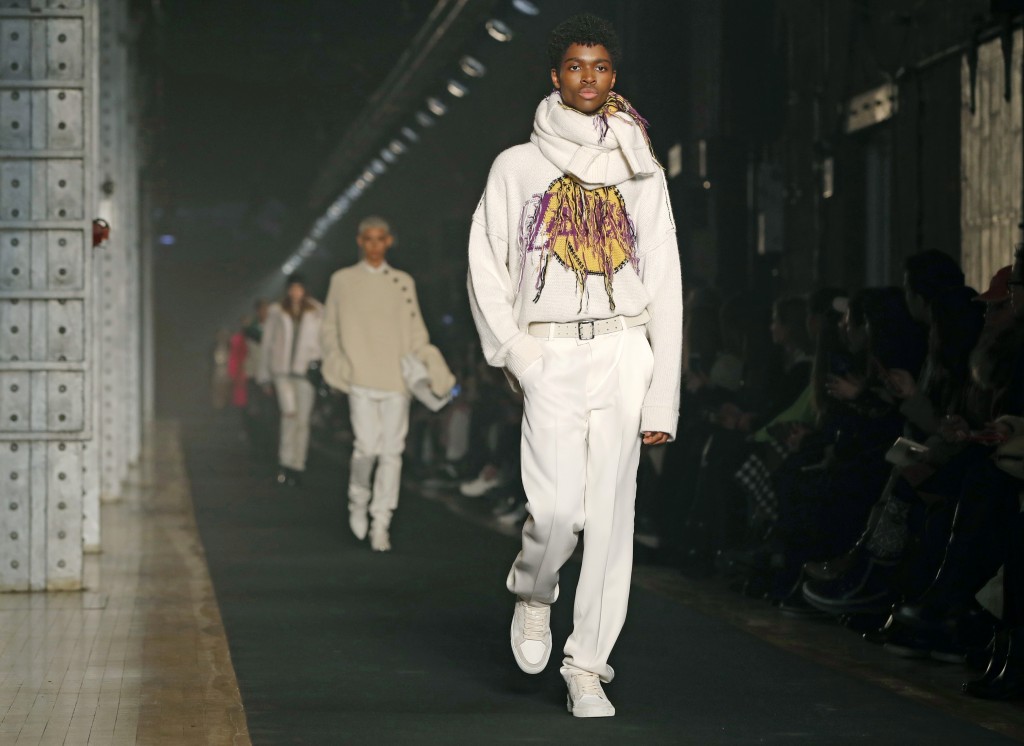 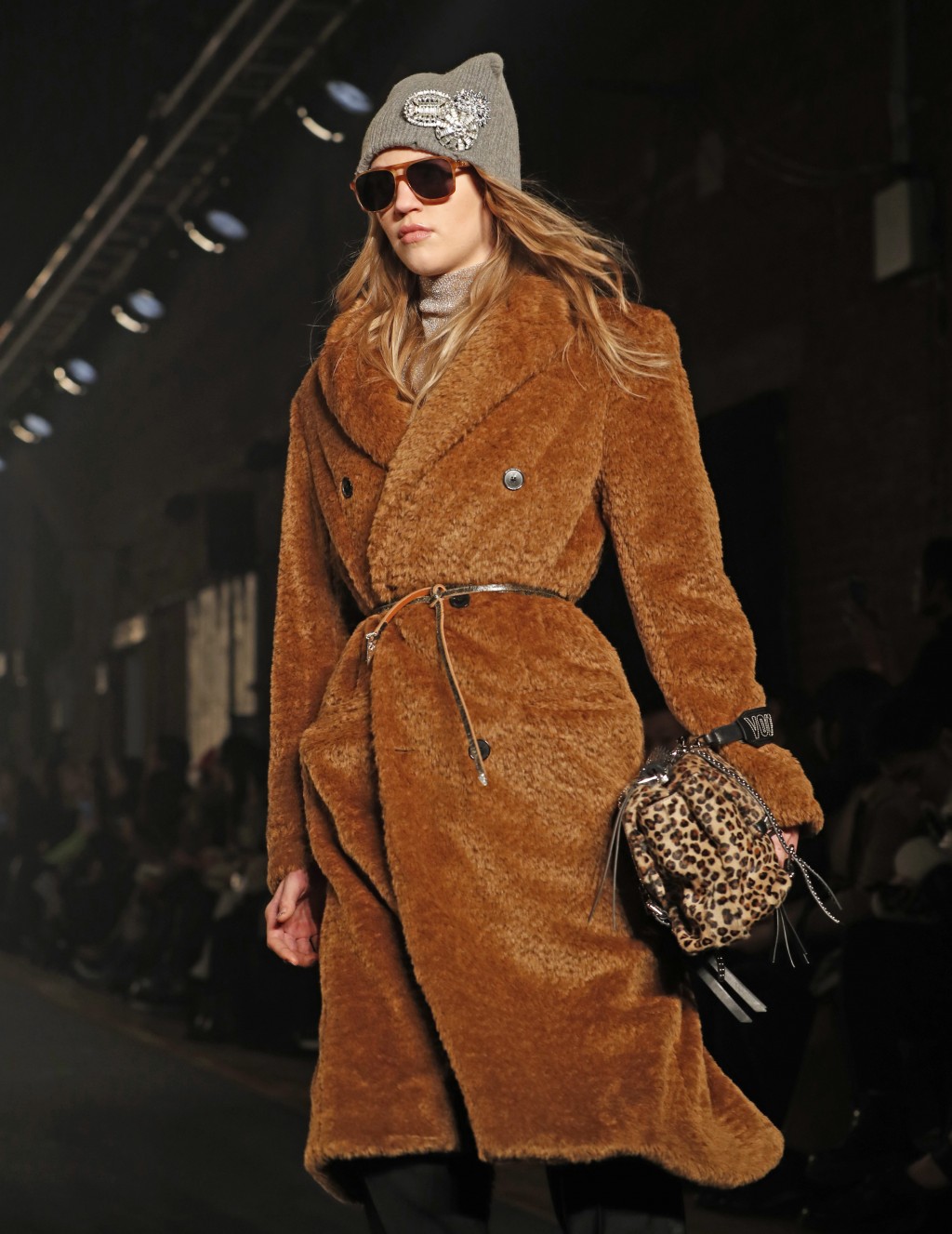 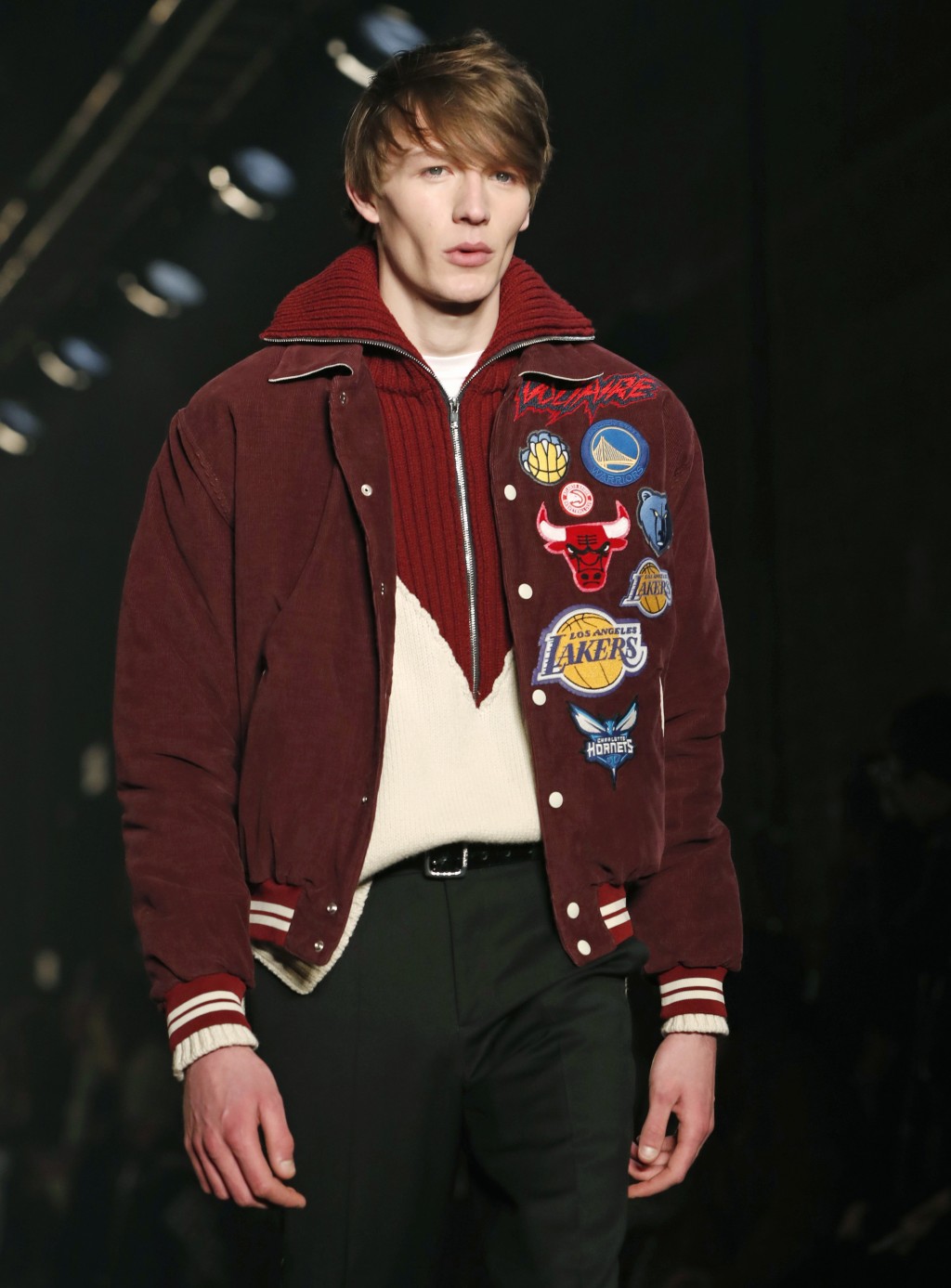 That and the cool kids and hip-hop stars who frequented the Tunnel, an iconic New York City nightclub in an old freight terminal, back in the 1980s and '90s.

Bonstrom staged her show there, on what might be the longest runway ever, inside the long and narrow space where partiers once blew out their ear drums to extra-loud music amid dance cages and private rooms with ever-changing decors, including one made to look like an S&M dungeon.

That is, until the club in the Chelsea neighborhood was shut down in 2001 after years of police raids and negative attention from Mayor Rudy Giuliani and his quality-of-life campaign.

For this collection, Bonstrom destroyed her chic to drive home the '90s, no-rules vibe. Sweaters were meticulously ripped, revealing lurex details underneath, and leather was wrinkly. She mixed masculine and feminine fashion codes, a nod perhaps to the Tunnel's famous unisex bathrooms.

Also on her runway: The label has a collaboration with the National Basketball Association that gave birth to the logos of the Chicago Bulls, Los Angeles Lakers and Memphis Grizzlies on some looks.

Tailoring in suiting was anchored in tuxedo detailing done in luxe Italian fabrics, and in the air of nonchalant sophistication in the layering of varied pieces in varied fabrics. That was Bonstrom's ode to her Parisian fashionista and the cool of off-duty models everywhere.

"They succeed in wearing silk or fake fur, in an effortless way," she told The Associated Press.

"We like it simple," Bonstrom said. "I like clothes that make you feel comfortable. You feel confident and beautiful at the same time."

Hailey Bieber, who starred in a Zadig & Voltaire campaign a couple seasons ago, was on hand to celebrate Bonstrom's fall-winter collection. "I think she's a lovely girl. Also (on the) inside."