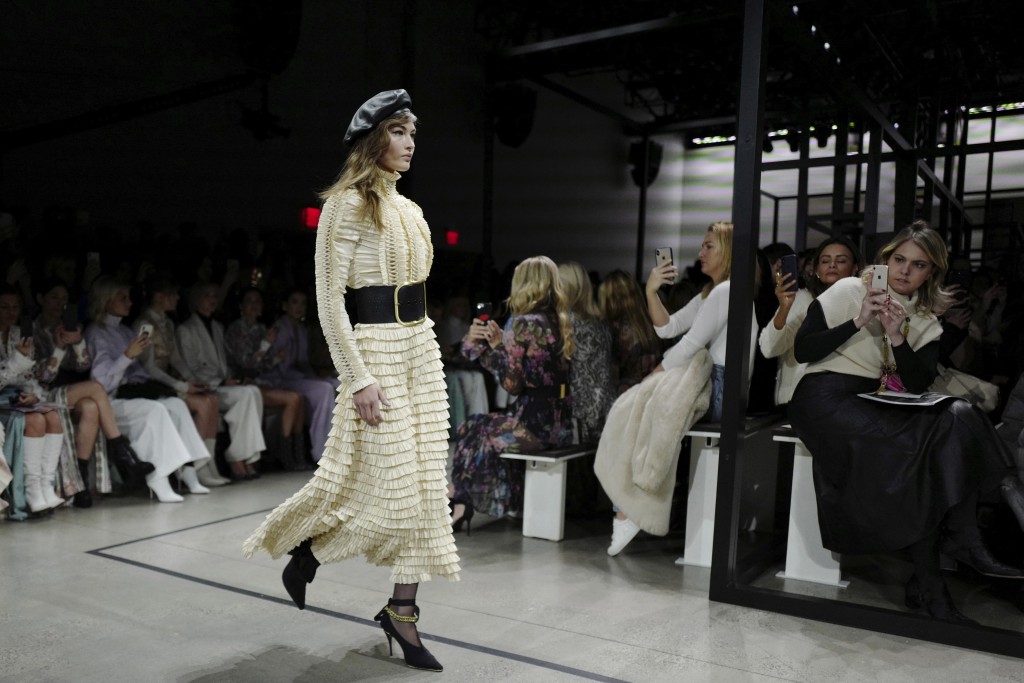 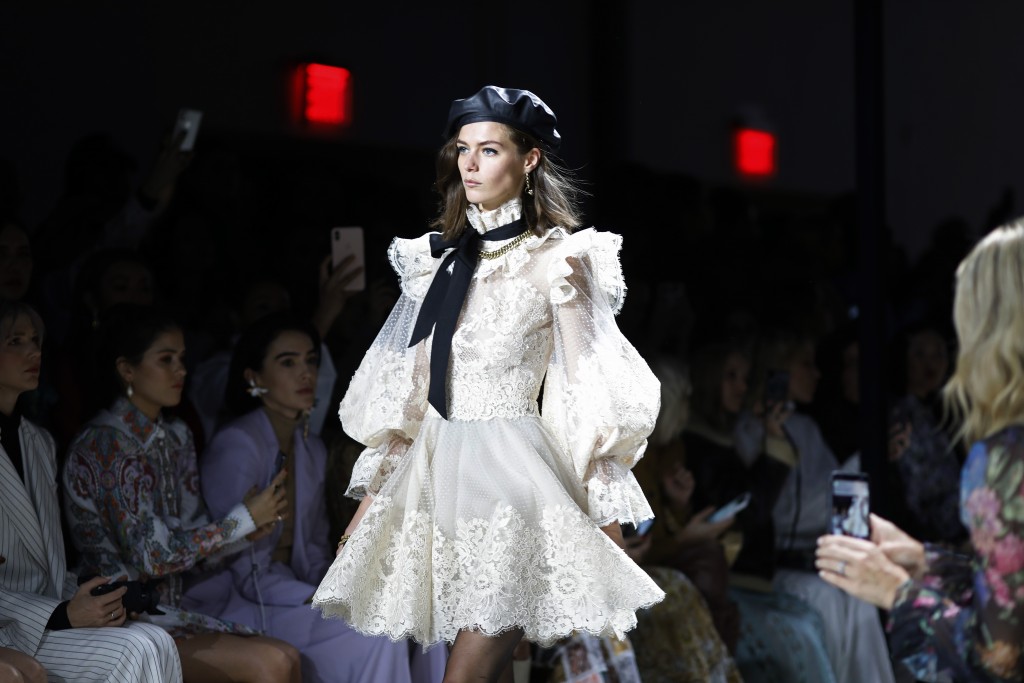 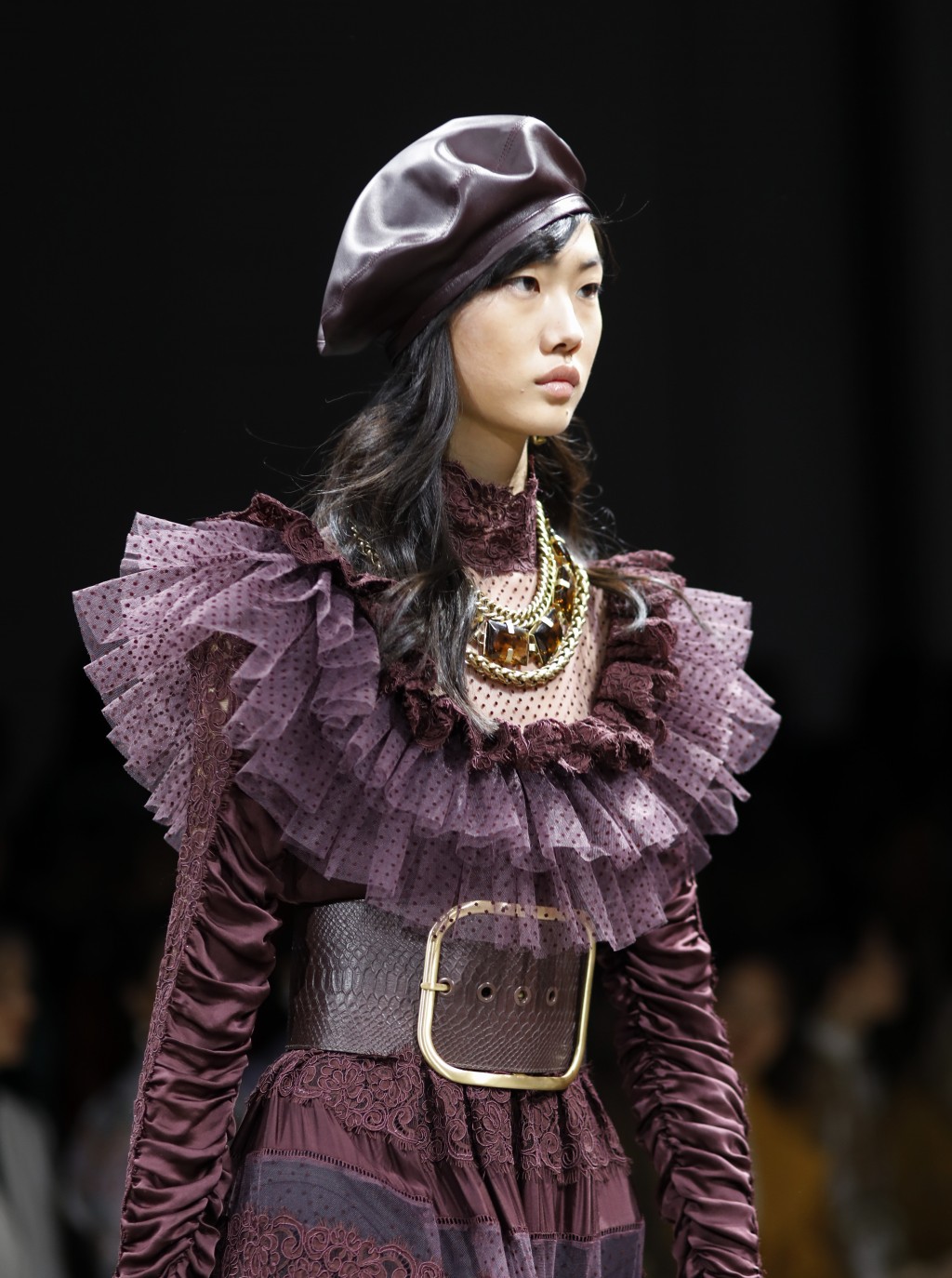 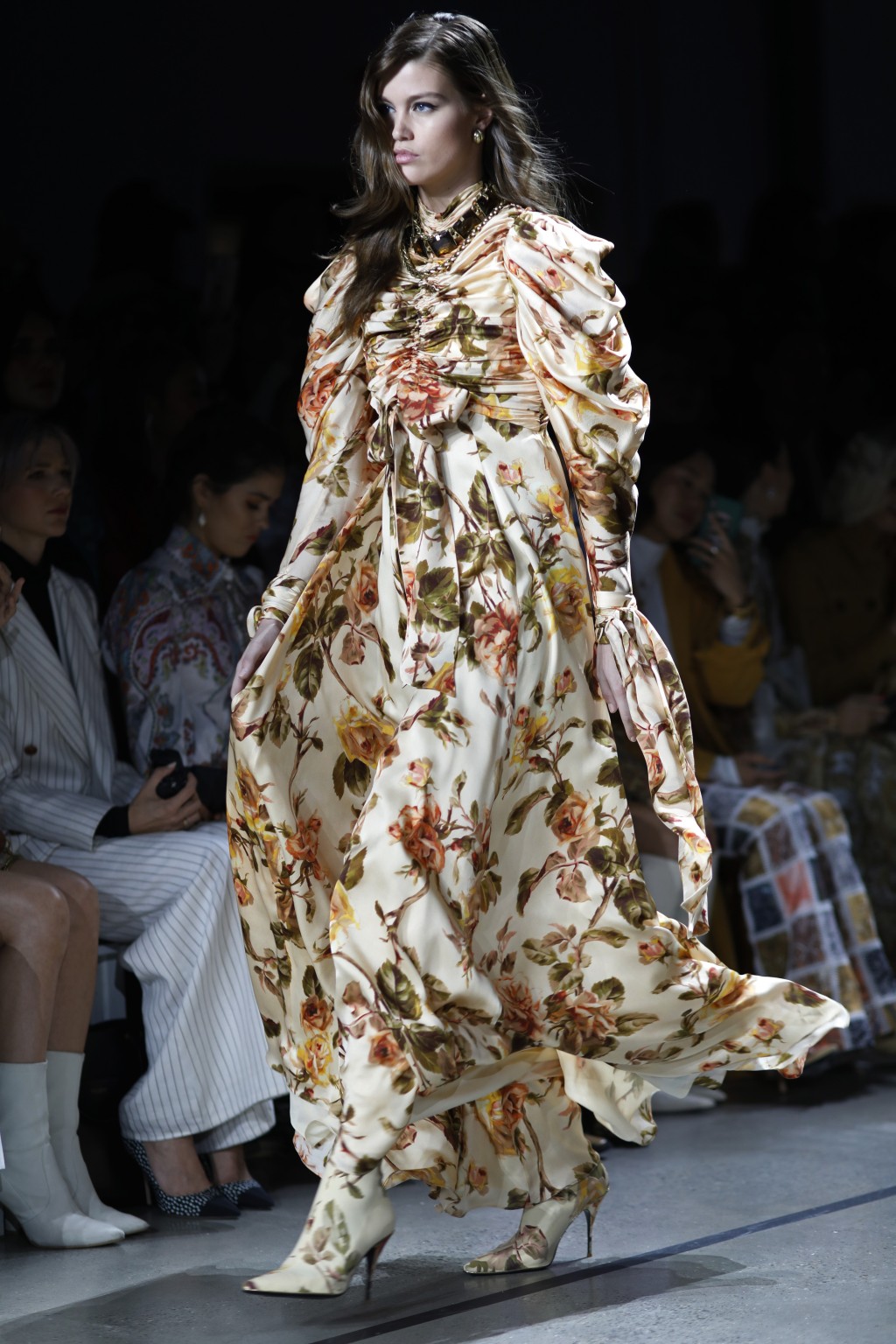 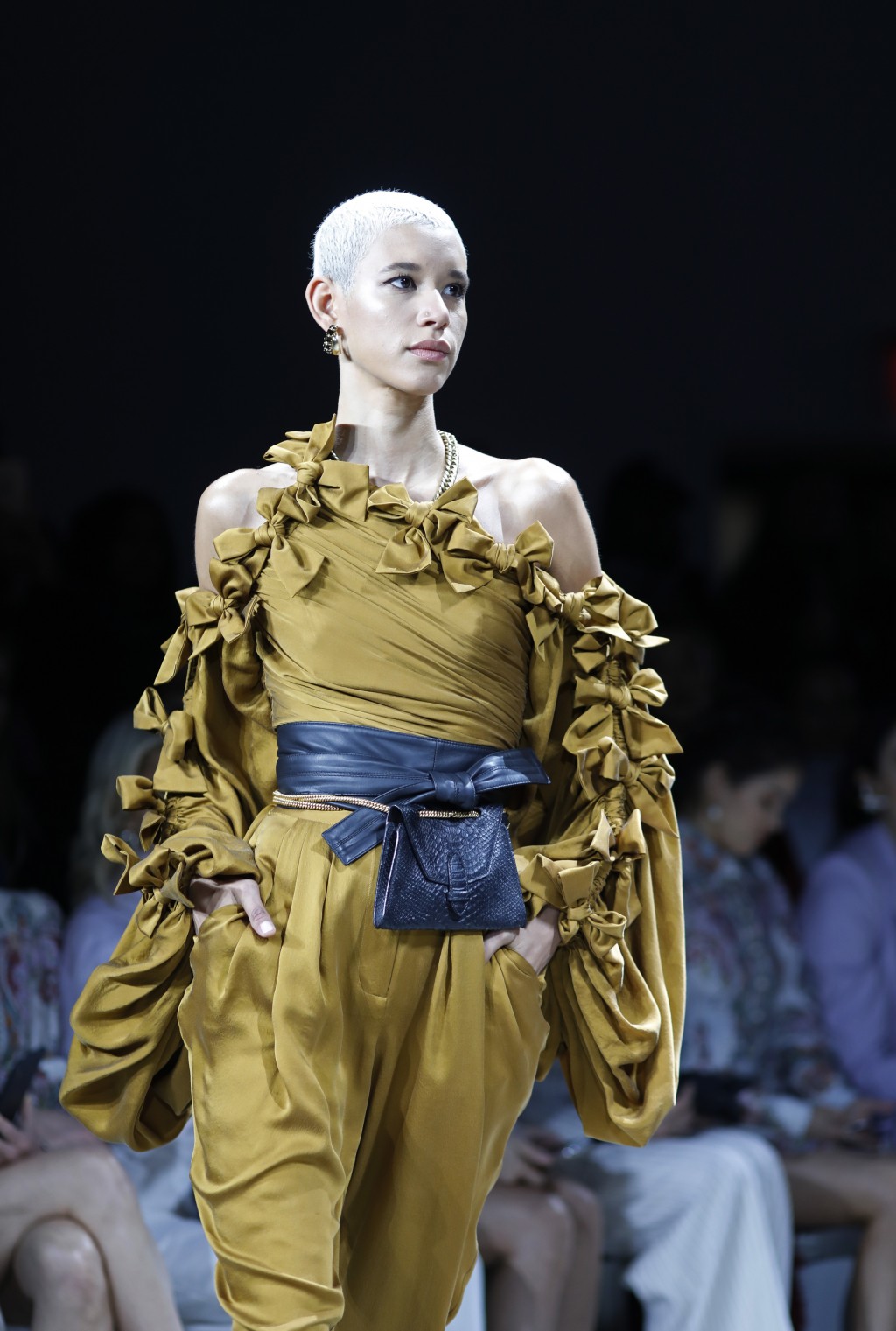 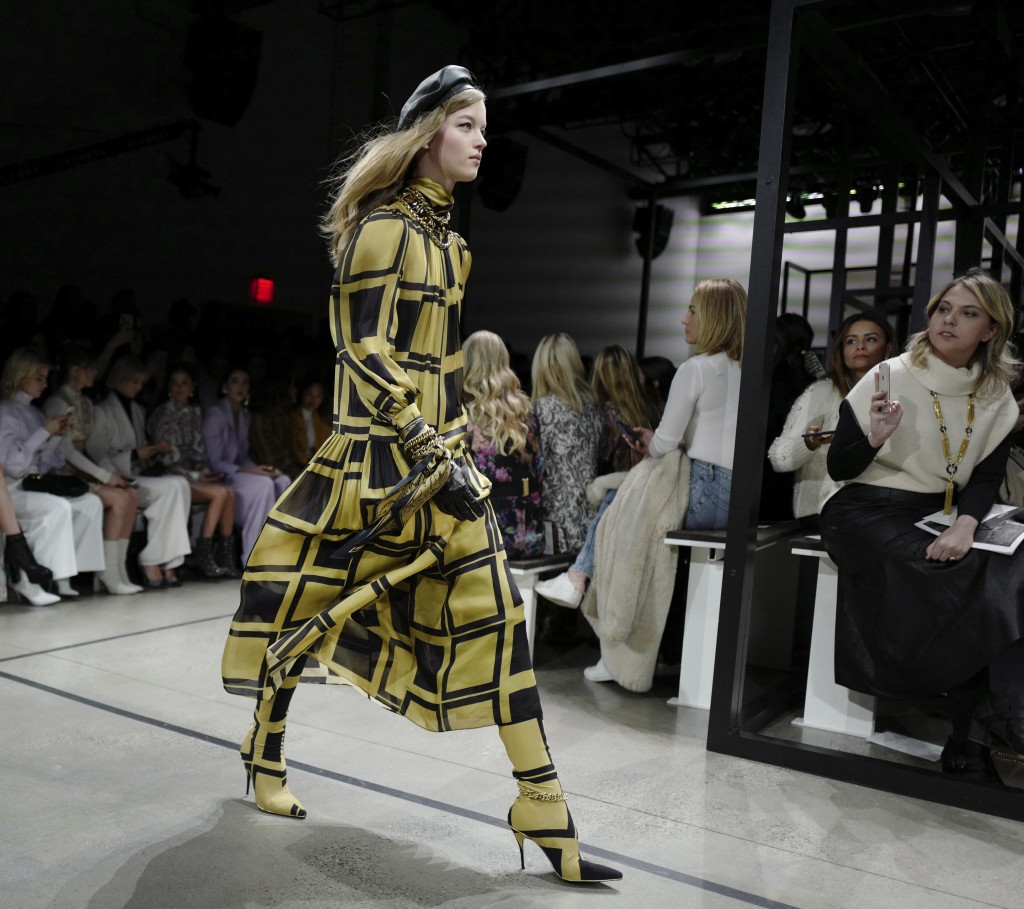 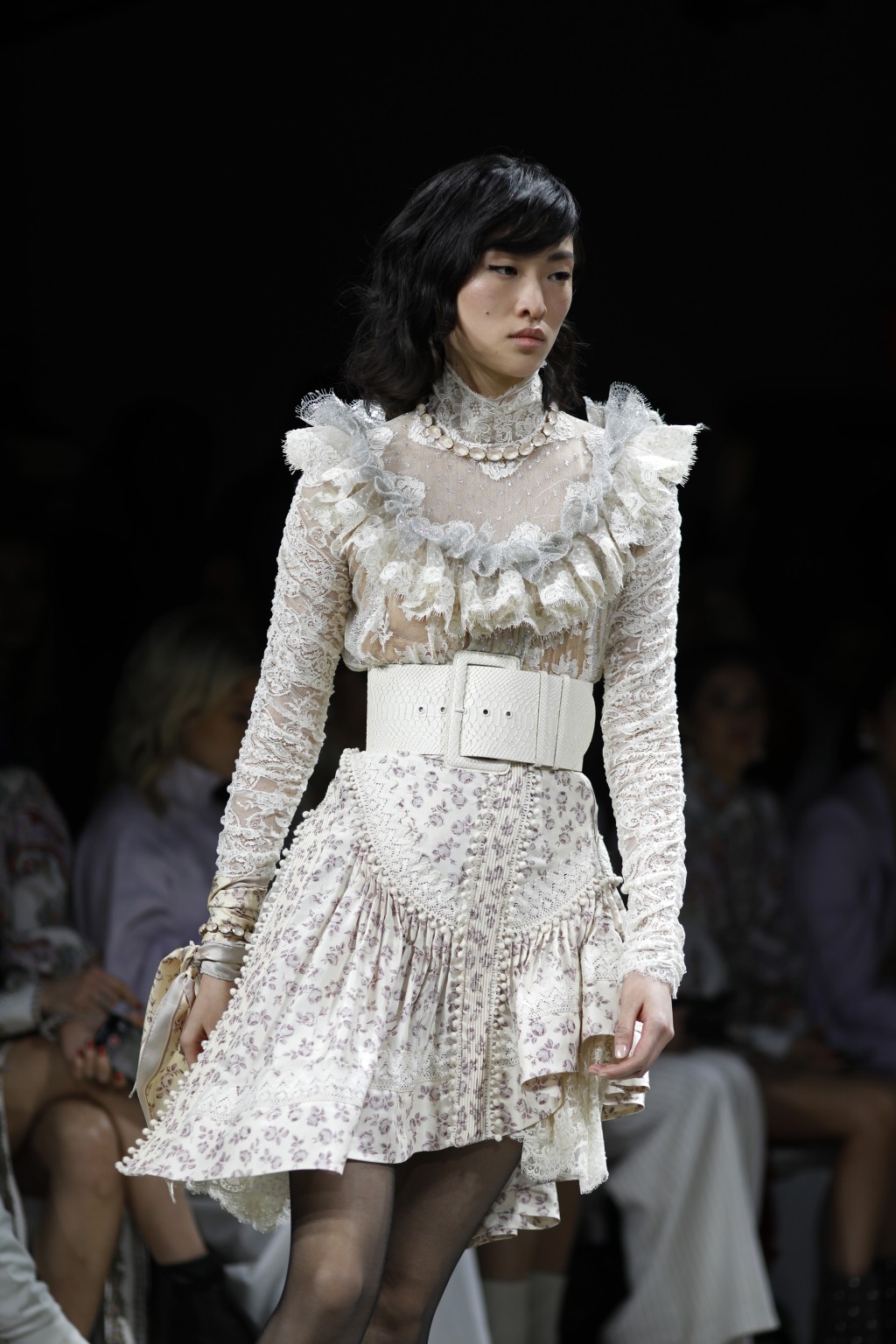 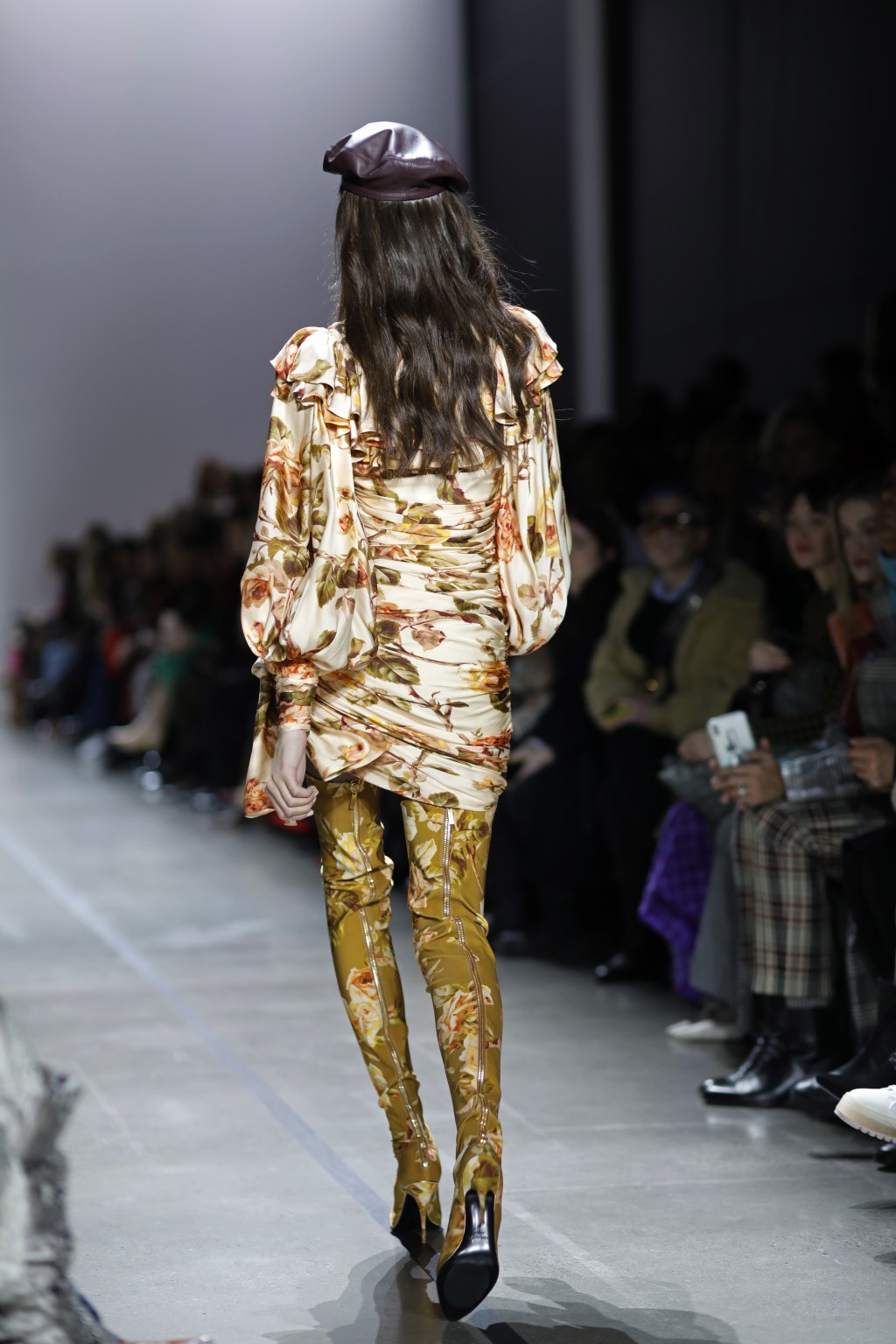 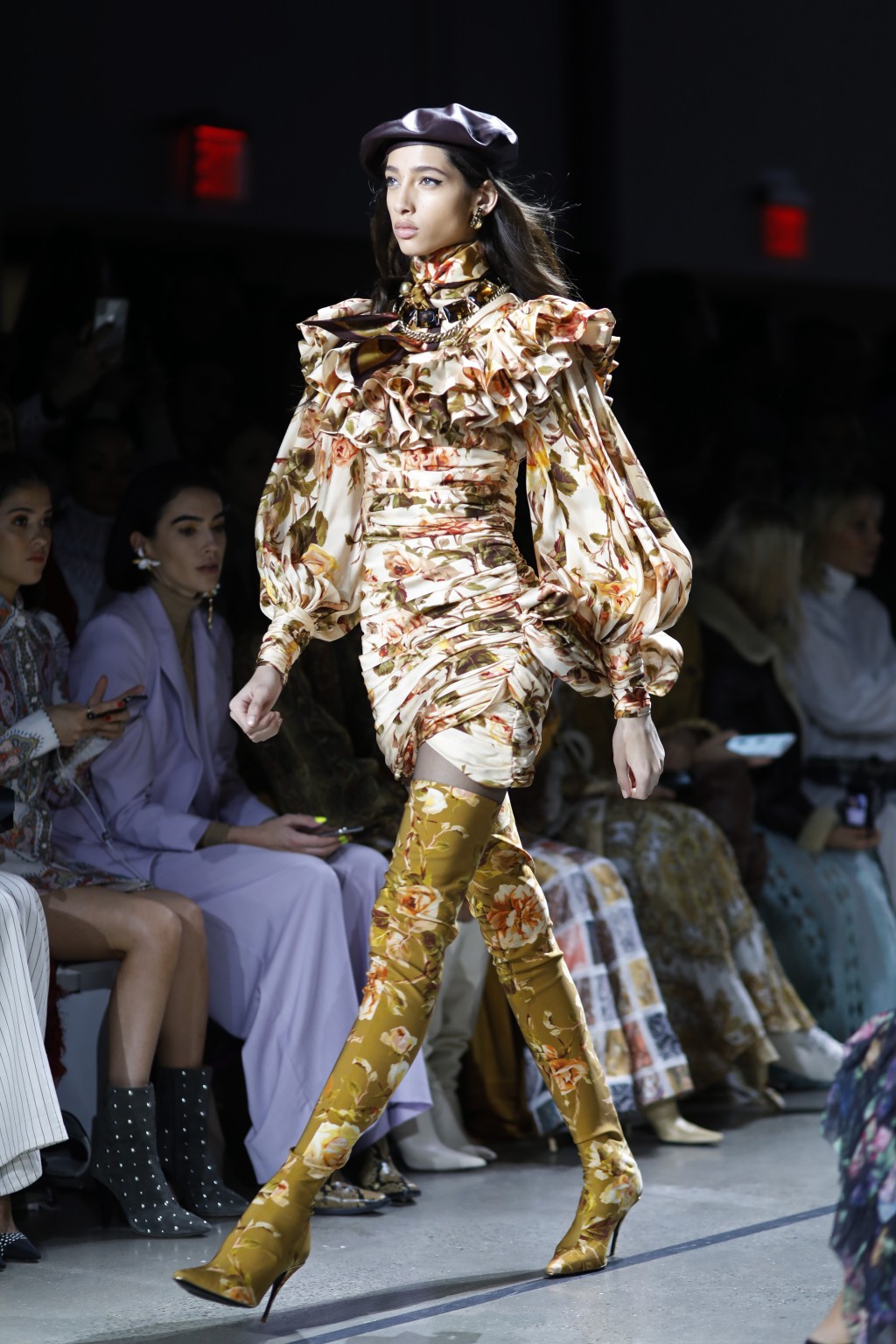 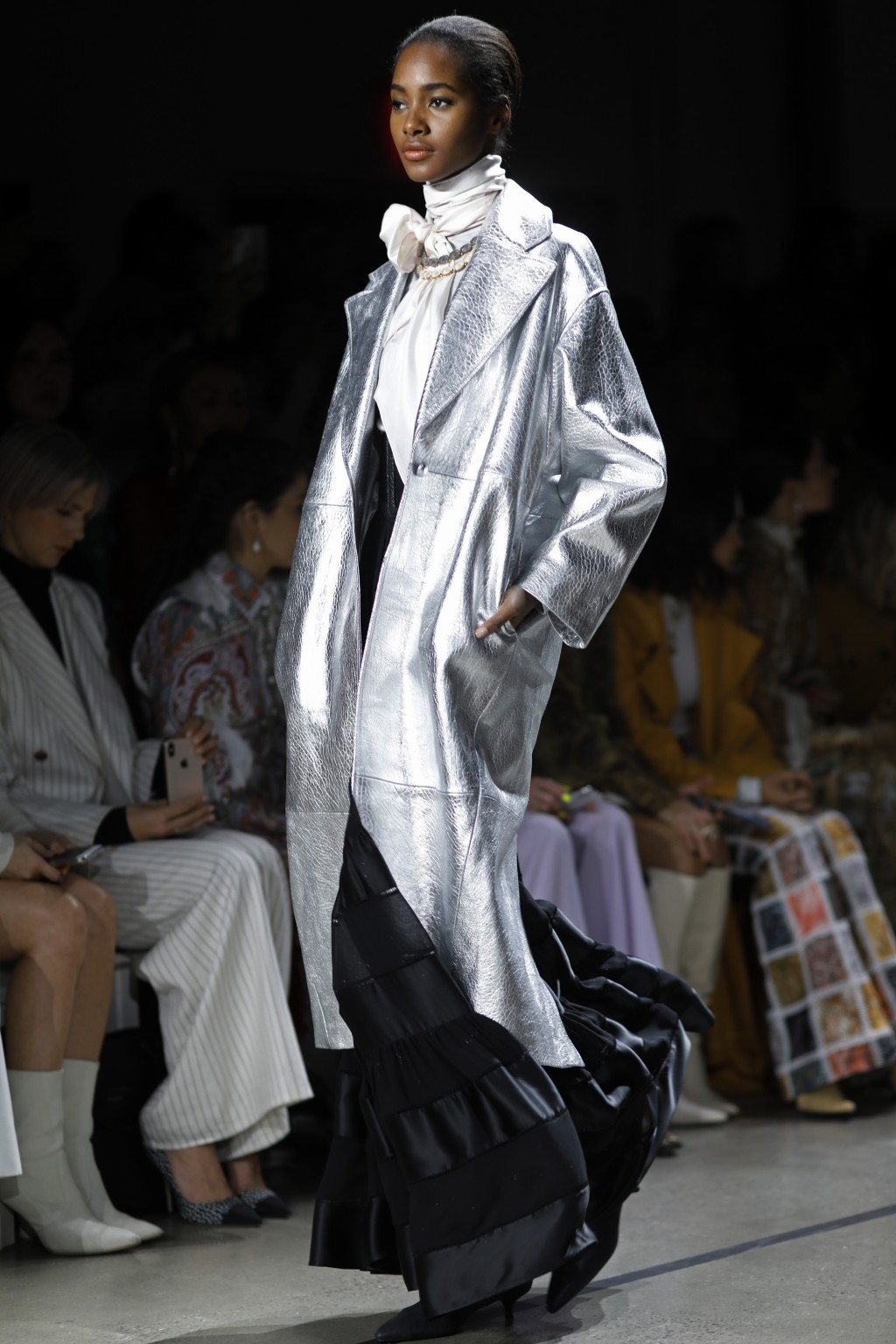 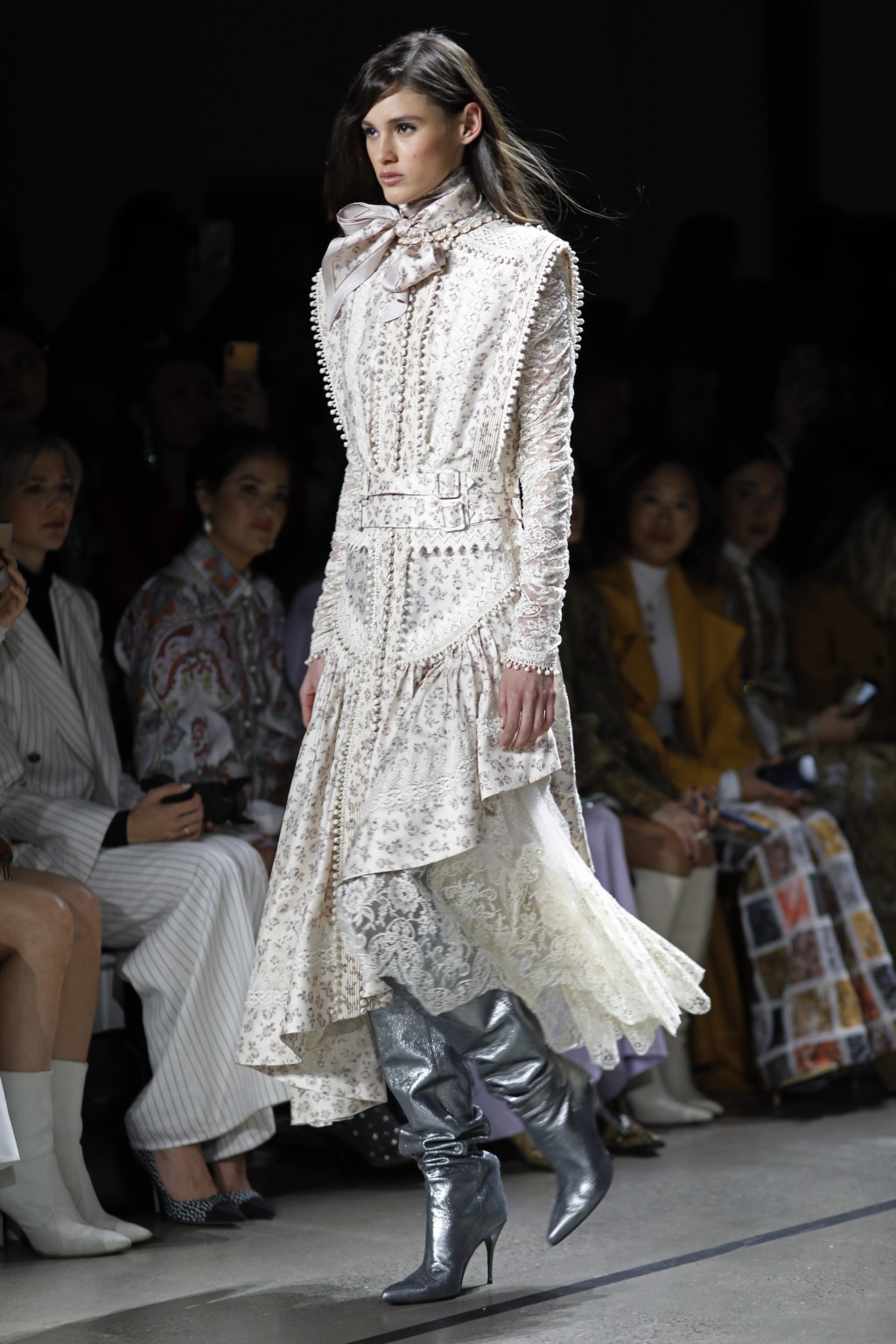 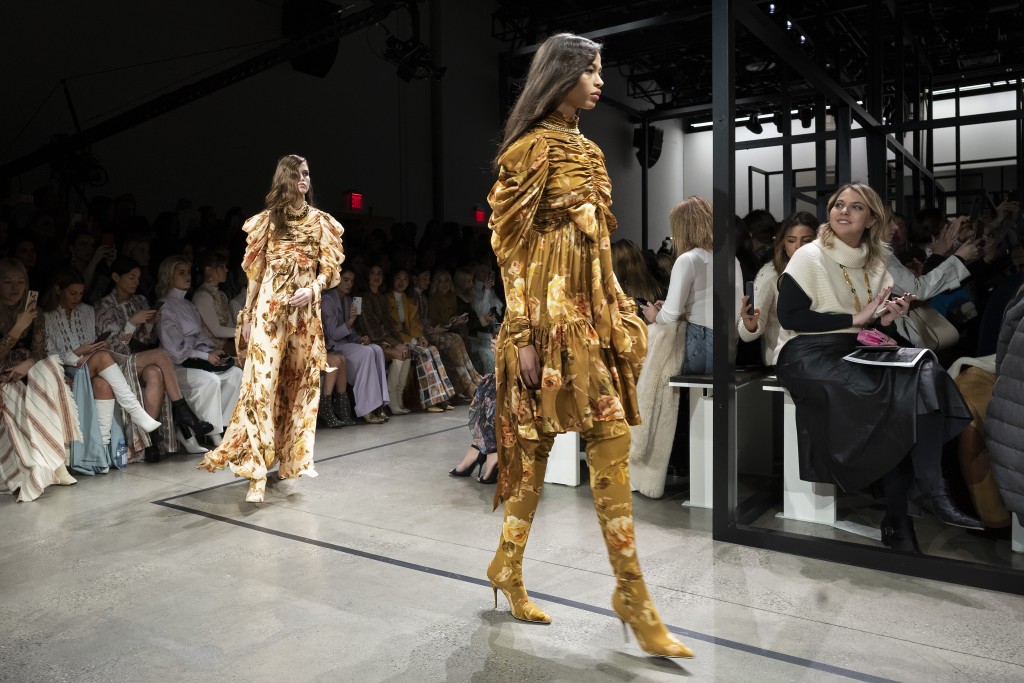 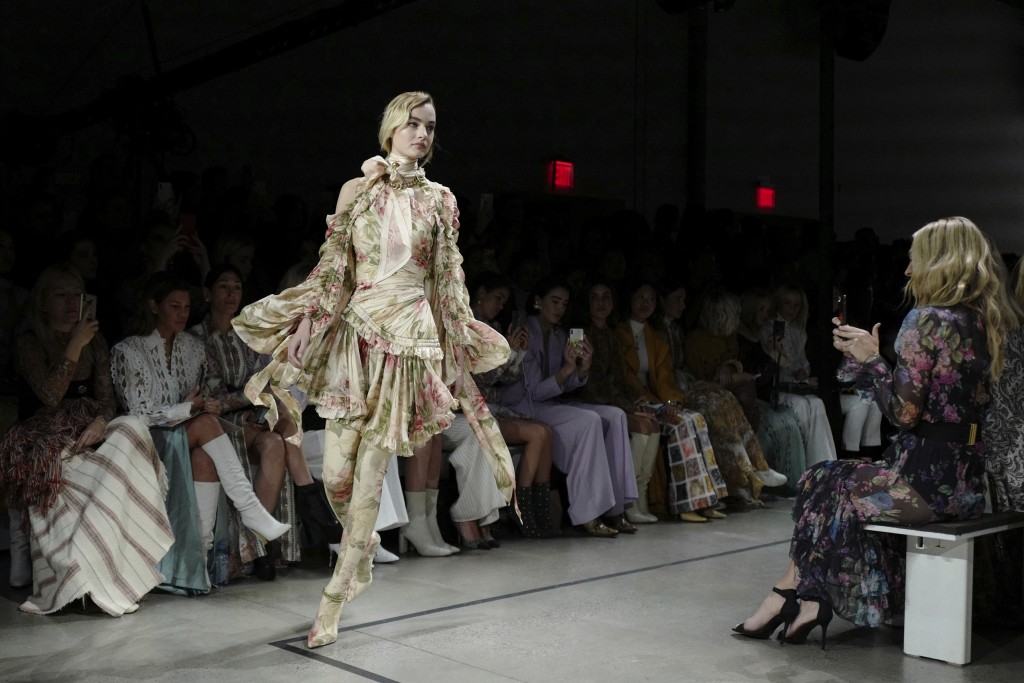 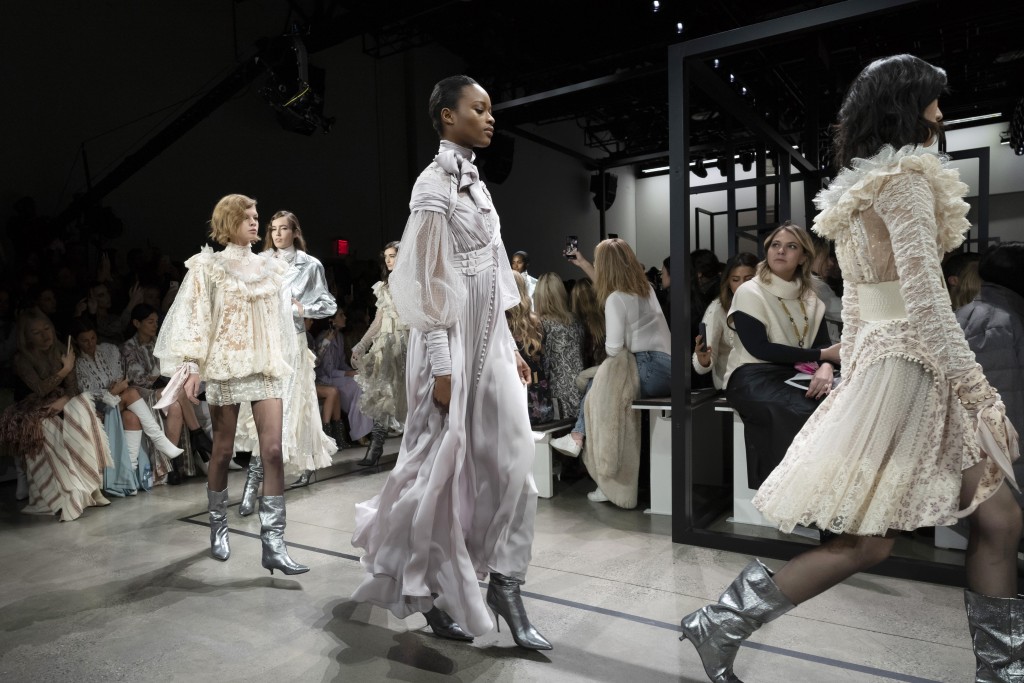 NEW YORK (AP) — Perhaps in another life, Nicky Zimmermann would have been a spy, an extremely chic one.

The Australian designer had espionage on her mind for fall Monday at the New York Fashion Week show of her Zimmerman label.

In luxe trench coats made of buttery leather, hooded anoraks and bomber jackets in shades of sand, ocra and mahogany, Zimmerman reimagined the adventures of Nancy Wake, the World War II spy known as the White Mouse. Wake grew up in Australia, stealthily worked in Europe and later helped lead the French Resistance, earning that moniker because she was so hard to catch.

It was Wake's strength and resilience that stuck with Zimmerman, who used military touches in utility pockets, belted waists and jodhpurs.

The Zimmermann girl is worthy in terms of her strength, but she's not above a softer rose print in a bell-sleeved blouse, lace dresses and stripe gowns that evoke lingerie. She likes ruffles on her shoulders and lycra heels on her boots. And she can't resist a good mohair sweater in animal print, black and buff adorned with oversize bows.

There were lots of bows this season on the Zimmerman runway. There was also an abundance of exaggerated sleeves, corsetry and billowing dresses and skirts.

"The idea is we're mixing the femininity with the masculinity," Zimmermann told The Associated Press backstage after the show. "We wanted to really get in there with the outerwear and mix it with our very feminine dresses and see what happened."

What already HAS happened is the Sydney-based company has amassed a healthy following of famous women: Beyonce and Kendall Jenner included. Then there's Kate Middleton, and the Kate Middleton factor.

The Duchess of Cambridge wore Zimmermann's demure white laser cut Romer Day Dress on the royal couple's much-photographed tour of Australia in 2014. It was a big boost for a company that began 27 years ago as a stall in Sydney's Paddington Market.

Zimmerman is grateful for all her customers, including the high-profile ones.

with," she smiled. "It's very flattering."