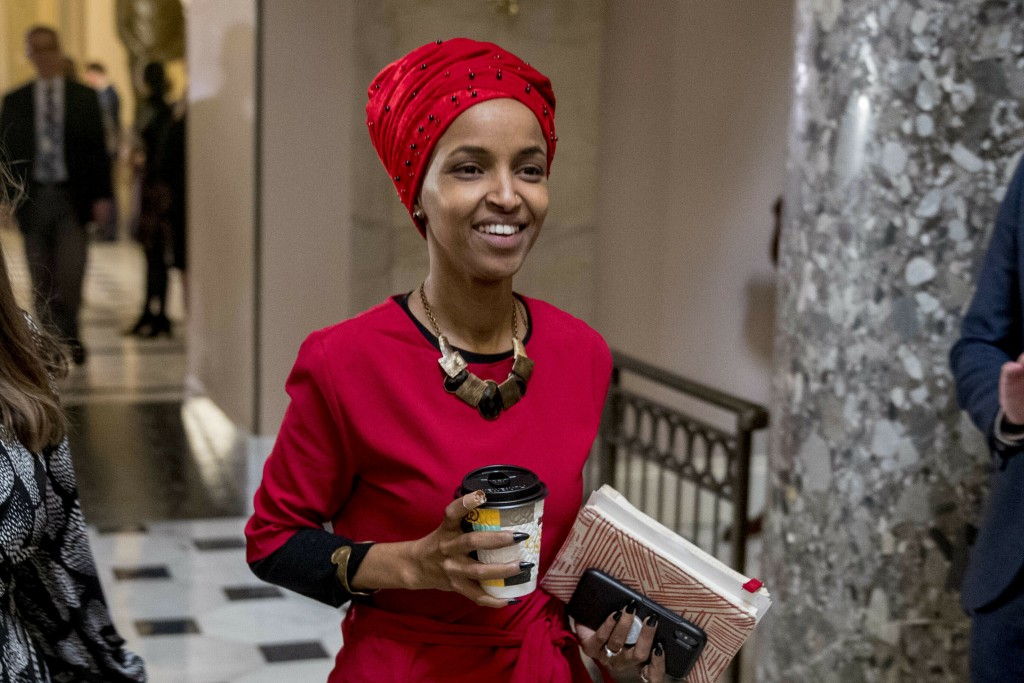 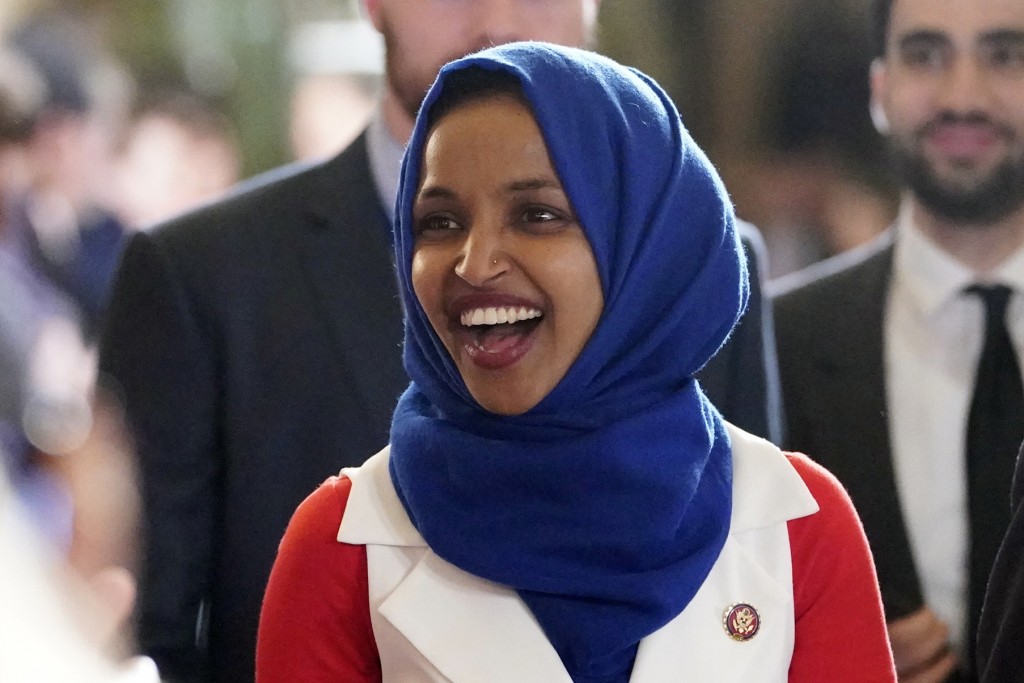 Freshman Democratic Rep. Ilhan Omar of Minnesota has "unequivocally" apologized for tweets suggesting a powerful pro-Israel interest group paid members of Congress to support Israel. Earlier Monday, House Speaker Nancy Pelosi and other Democrats had rebuked her for the tweets.

Omar said she had no intention of offending anyone by a tweet over the weekend suggesting that the American Israel Public Affairs Committee, or AIPAC, was behind the scheme. Another tweet mentioned "the Benjamins," a reference to $100 bills.

AIPAC denied the assertion, and Democrats said they were shocked.

Omar tweeted Monday afternoon: "I unequivocally apologize." She thanked her colleagues for educating her on anti-Semitic Jewish tropes. She said the influence of money in politics remains a problem and must be addressed.

A powerful House chairman is warning members of his panel that anti-Semitism will not be tolerated after a freshman member sparked a bipartisan backlash to a tweet criticizing an American organization that supports Israel.

Foreign Affairs Committee Chairman Eliot Engel in a statement Monday did not directly mention Minnesota Rep. Ilhan Omar's tweet, in which she said that the American Israel Public Affairs Committee is paying members of Congress to support the Jewish state. But Engel said he finds it "shocking to hear a member of Congress invoke the anti-Semitic trope of 'Jewish money.'" He said he will emphasize to committee members of both parties that the American-Israeli relationship is important.

Omar's tweet sparked a bipartisan backlash. Some lawmakers called on Democrats to remove her from the Foreign Affairs Committee.