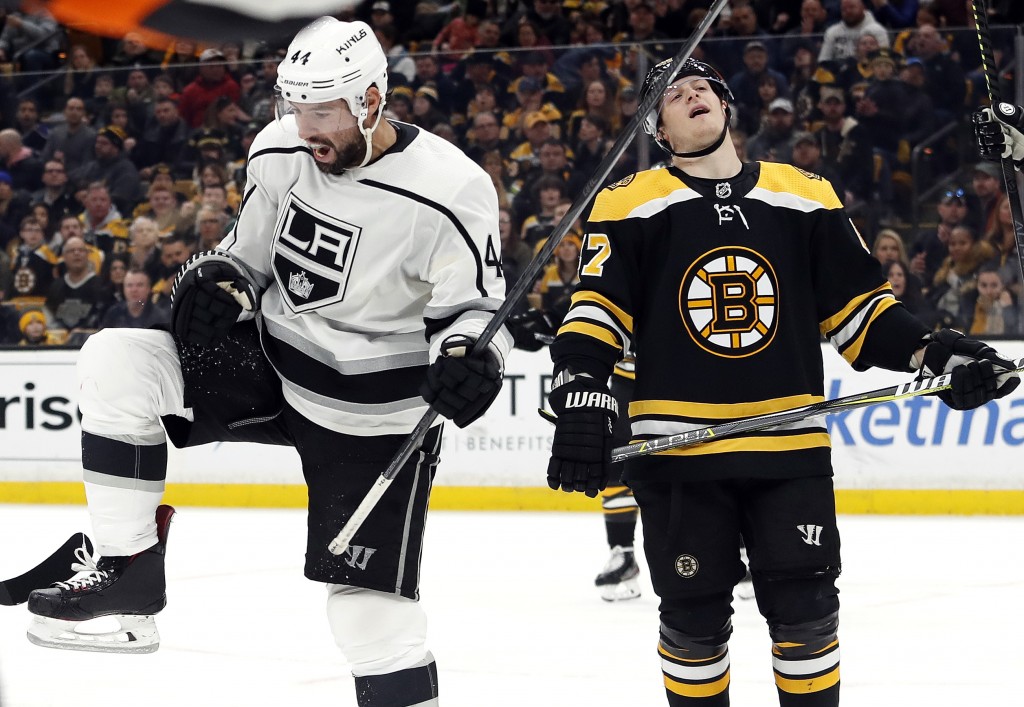 WASHINGTON (AP) — The Los Angeles Kings have traded forward Nate Thompson and a fifth-round pick to the Montreal Canadiens for a fourth-round pick.

Each pick is in the 2019 draft. The teams announced the trade Monday before the Kings faced the defending Stanley Cup champion Washington Capitals.

Thompson has four goals and two assists in 53 games for Los Angeles this season. He has won 53.3 percent of his faceoffs and ranks 34th in the NHL. The 34-year-old is a pending free agent who carries a $1.65 million salary-cap hit for the rest of the season.