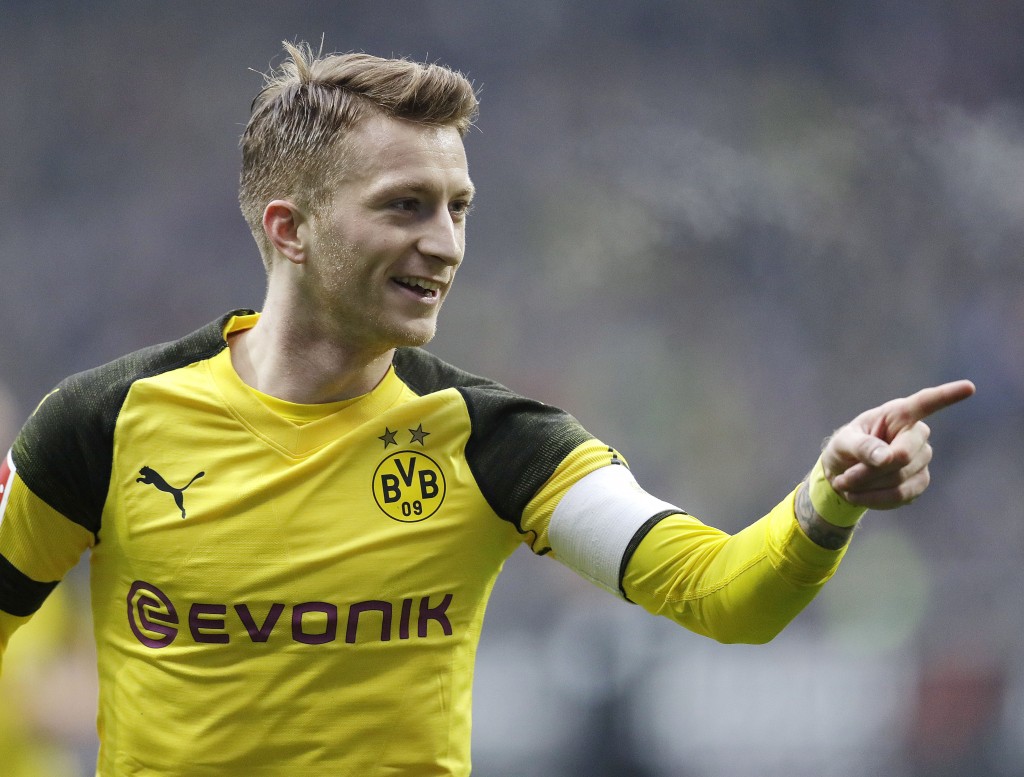 Club official Sebastian Kehl, who liaises with the players, says, "We would of course have liked to have him in London, alone because his presence is a bit intimidating for the opponent. But we'll compensate for his absence."

Reus has been Dortmund's best player this season, scoring 13 goals and setting up nine more in 19 Bundesliga games, but he injured a thigh muscle last Tuesday in a German Cup loss.

He missed the side's 3-3 draw with Hoffenheim on Saturday and it's unclear if he will return in time for the next league game at Nuremberg in a week.

The 18-year-old Jadon Sancho, who starred in Reus' absence against Hoffenheim, will be expected to fill in again on his return to London.