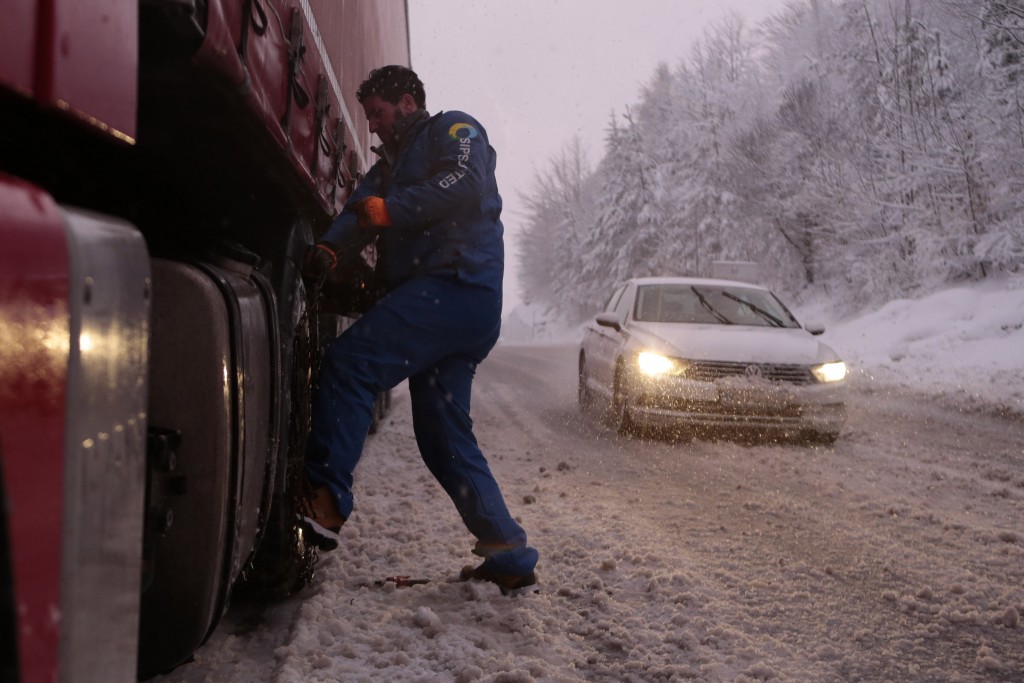 SARAJEVO, Bosnia-Herzegovina (AP) — Heavy snow in Bosnia has disrupted road and air traffic in much of the country and forced an international winter sports competition to postpone some of its events.

The blizzard Monday piled fresh snow on the roads in mountainous regions where traffic was either fully halted or slowed down to a crawl. Authorities banned heavy vehicles from some icy roads.

The airport in Sarajevo cancelled or delayed several flights Monday.

Bosnian media reported that, at nearby Mount Bjelasnica, all events at the European Youth Olympic Festival were been postponed until Tuesday.